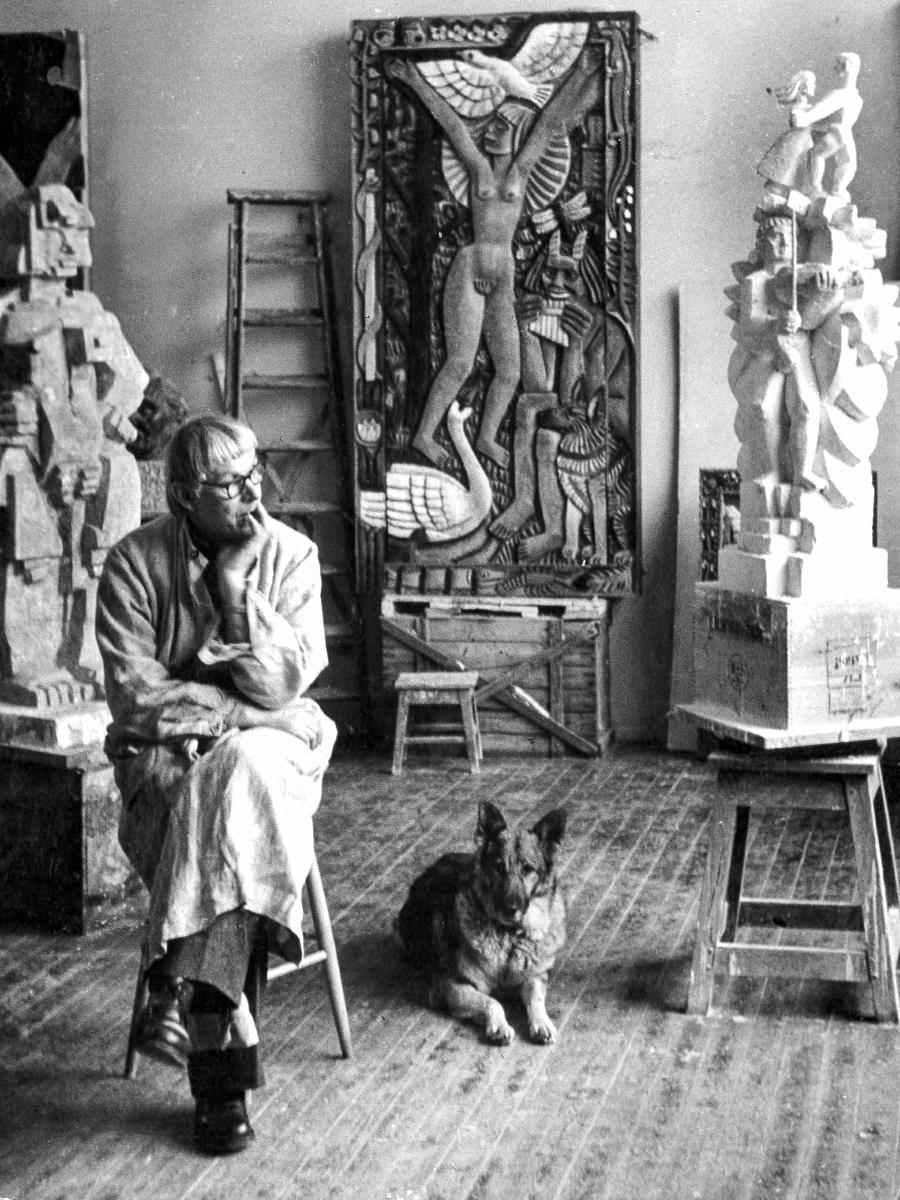 Bror Hjorth was born in 1894 and grew up in Marma a few miles north of Uppsala. He received his main artistic education in Paris, where he lived and worked throughout the 1920s. He trained as a sculptor with Antoine Bourdelle as a teacher, but eventually became as much a painter. He took impressions of both older and contemporary art, and was inspired by folk art throughout his life. The specificity of Bror Hjorth’s art is indeed determined by the combination of modernist education with popular tradition.

With his robust idiom and powerful colors, Bror Hjorth’s art conveys joie de vivre. Love motifs, the Neck and the Lady of the Woods of popular belief, and folk musician motifs are common in his art. He also made many works with religious motifs, including the large Laestadiustriptyken [Laestaedi Triptyche] for Jukkasjärvi church. Bror Hjorth’s largest sculpture, Näckens polska [The Dance of the Neck], was inaugurated in 1967 outside the train station in Uppsala.

Bror Hjorth got public breakthrough in the mid-1930s, when several of his sculptures were censored at one of his exhibitions as they were considered erotically challenging.

In the mid-1940s, Bror Hjorth built the house in Uppsala, which today is the museum Bror Hjorths Hus. He lived and worked there for the last twenty-five years of his life. In 1949–1959 Hjorth was professor of Drawing at the Royal Academy of Fine Arts in Stockholm. He died in 1968.

Bror Hjorth is considered one of the great Swedish artists of the 20th century. He is represented in many Swedish museum collections, private collections and at Statens Museum for Kunst in Copenhagen. Several of his works are located in the public space.