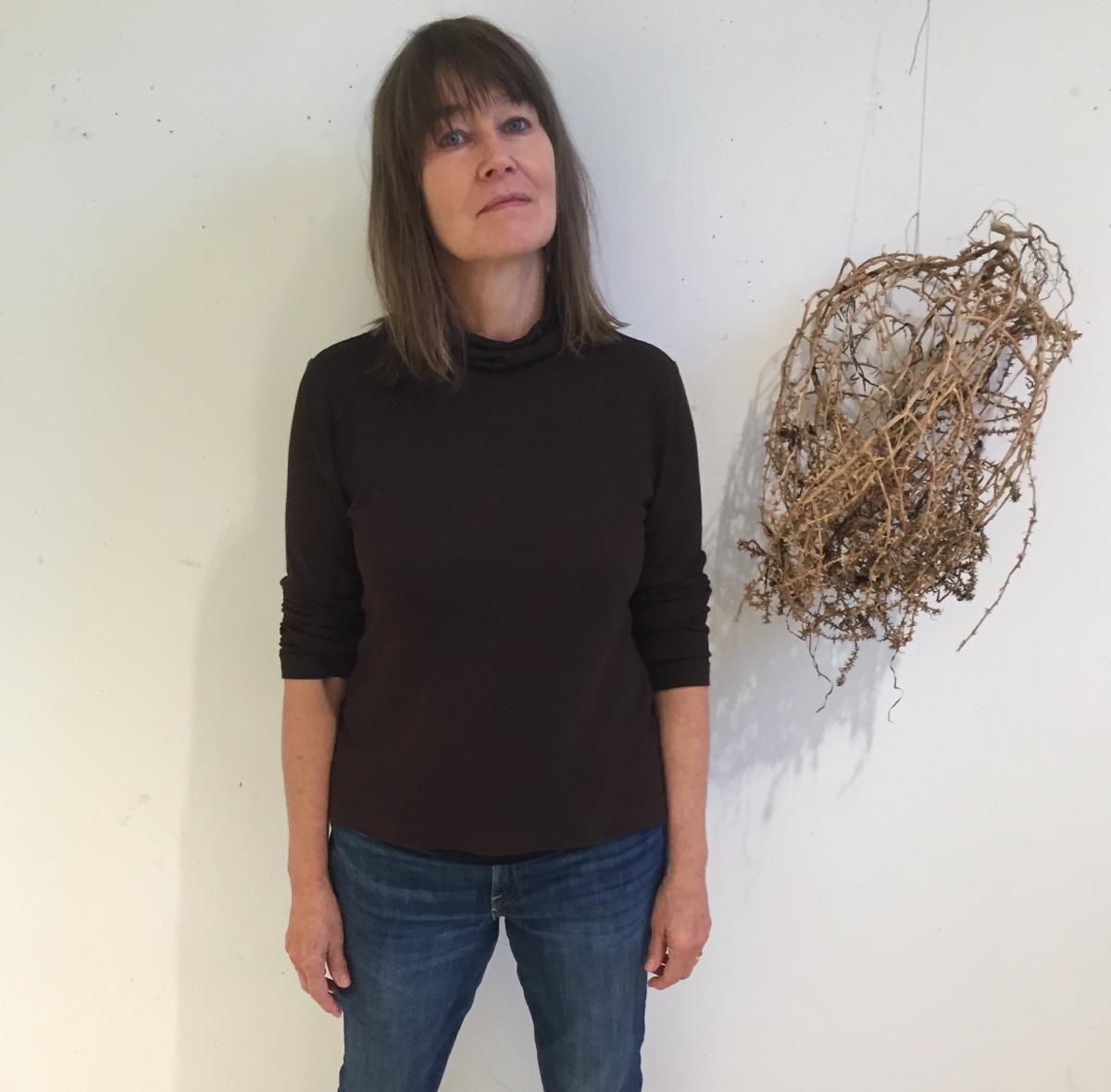 Carin Ellberg was born in 1959, she lives and works in Stockholm. In 1989 she received her Master of Fine Arts from the Royal Academy of Art.

A constant characteristic of Ellberg’s work is change – a continuous exploration of boundaries, between painting and sculptural objects, between wall and floor, between reality and representation and between the self and the surrounding world. Trains of thought and association morph into new, evocative visual forms. Her point of departure is to a large extent a series of wayward image worlds, her feeling for unpretentious and unglamorous materials appears to mean that everything can be used – tights, broken toys, second-hand clothes. Combined with, say, silicon and book-binding glue, these often trivial and unassuming objects expand our habitual attitudes to painting and sculpture. Her process is one of a flow of ideas, thoughts and images in constant and unfinished transformation.

In her paintings and sculptures, Ellberg approaches landscape as both an art historical trope and a physical and sensorial place. Featuring softly coloured mounds and cloud shapes, her acrylic paintings resemble gentle, dream-like pastorals. Her mixed-media sculptures approach landscape more obliquely, suggesting natural forms through their assemblages of disparate materials and suggestive titles.

Her work is to be found in a wide range of public and private collections, for example at Akvarellmuseet, Skärhamn; ARKEN Museum for Moderne Kunst, Copenhagen; Liechtensteinische Staatliche Kunstsammlung, Liechtenstein; Moderna Museet, Stockholm; Malmö Museum, Malmö and Skissernas Museum Lund.