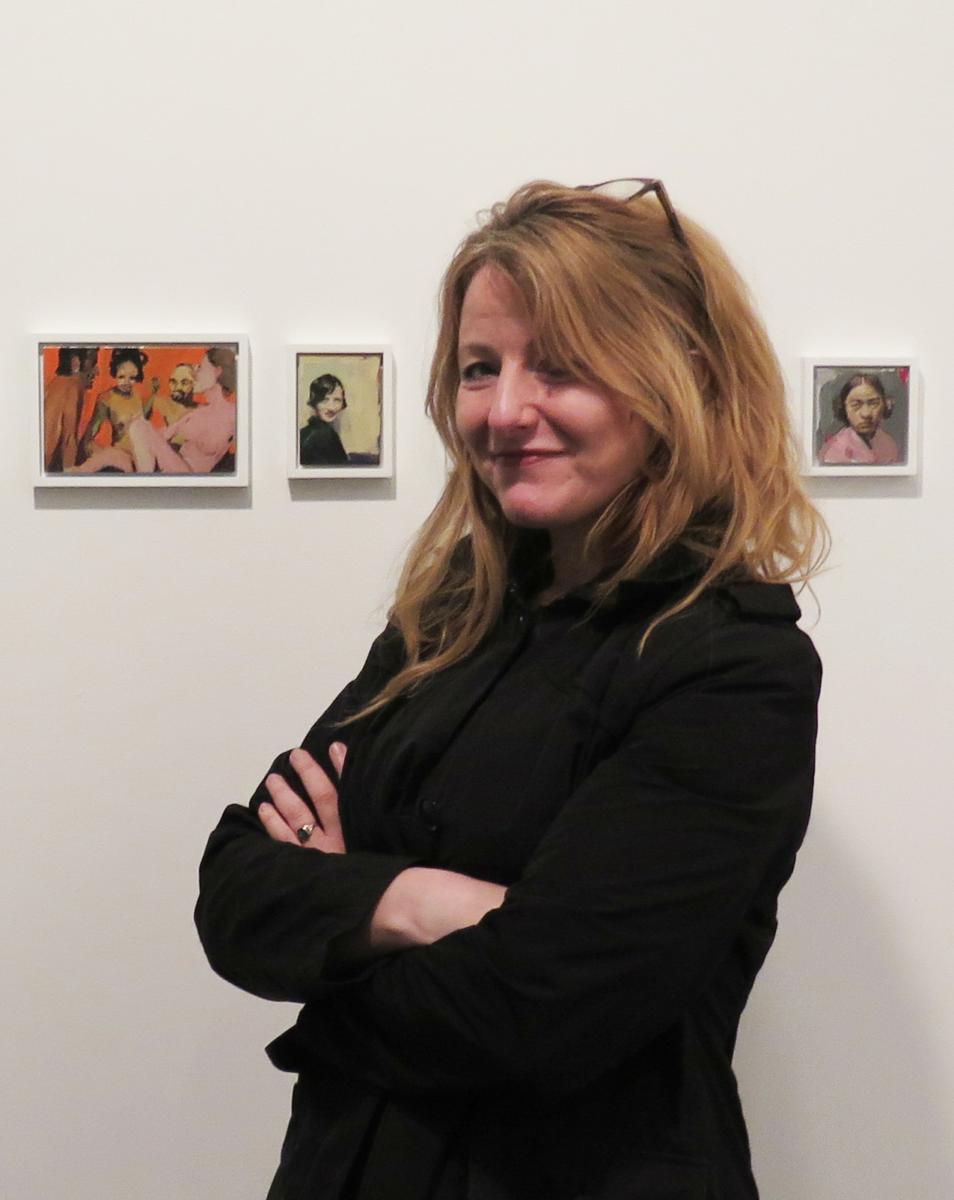 Geraldine Swayne is a Sussex-based painter, who has recently exhibited at, for example, Royal Academy of Arts, London (2019); Turps, London (2018); The Fine Art Society, London (2017); and Aeroplastics, Brussels (2017). She studied Fine Art at Newcastle University UK, (1985–1989), but her practice also includes the use of moving image and music. She has worked as a special effects programmer, made numerous experimental films, (including the 1999 Super8-to-Imax film East End with Nick Cave) and for ten years she was a member of the artist-initiated ‘Krautrock’ band Faust.

Her figurative paintings combine a rapid performative energy with the mysterious frozen narrative of a context-free film still. Swayne is typically using an omnivorous variety of sources; personal photographs, found images, pornography and more, to conjure otherworldly narratives and portraits.

The act of painting, both image and handling, marries disparate elements together, as she deftly deploys numerous materials, from luminously lustrous enamel paint on small sheets of copper or aluminum, (for which she is perhaps best known), to large scale oils and acrylics on canvases, which occasionally swell her characters to more then life-sized.

Geraldine SwayneGirl in a Mask2012

Geraldine SwayneThe Quick and the Dead2012