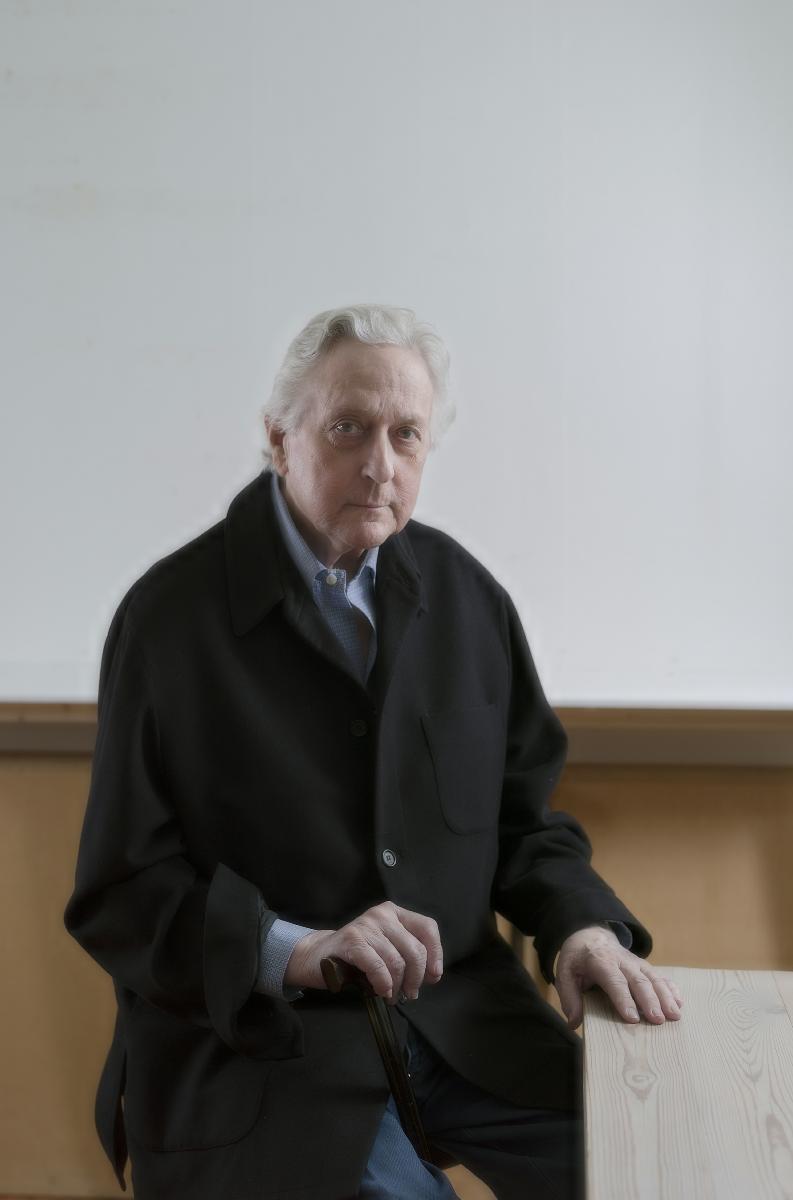 Jan Groth was born in 1938 and lived and worked in Oslo. Groth is considered a leading artist of his generation in Scandinavia, with numerous exhibitions in museums and institutions throughout the world. Groth has, through his long artistic practice, exclusively and continuously explored the relationship between the line and the picture plane. First and foremost in drawings executed with crayon on paper, but also in monumental tapestries that was made in collaboration with his former partner, Benedikte Groth (1933-2015) in Copenhagen. Since the late 1980s he had brought the line into three-dimensional space with bronze sculptures spanning the intimate scale of the drawings, to the monumental in several public works. Groth literally weaved together the immediate with the gradual; the drawing on paper extracted in an instance is through a highly labour-intensive process transcribed into the structure of the tapestry or through the meticulous manipulation of wax in his models for the bronze sculptures. His artistic idiom can be described as restrained expressionism, with a profound sensibility wherein the line’s seemingly seismographic recordings appear to visualize nuances and energies registered from within.

A few of his solo exhibitions include Linear Tapestries, Minneapolis Institute of Art (2018) and The Festival Exhibition, Bergen Kunsthall (2017). His works are represented in the collections of numerous museums around the world, among others: The Museum of Modern Art, New York; The Art Institute of Chicago; Louisiana Museum of Modern Art, Humlebæk; The Tate Gallery, London; Musée National d´Art Moderne, Centre Georges Pompidou, Paris; Moderna Museet, Stockholm and The National Museum of Art, Architecture and Design, Oslo.