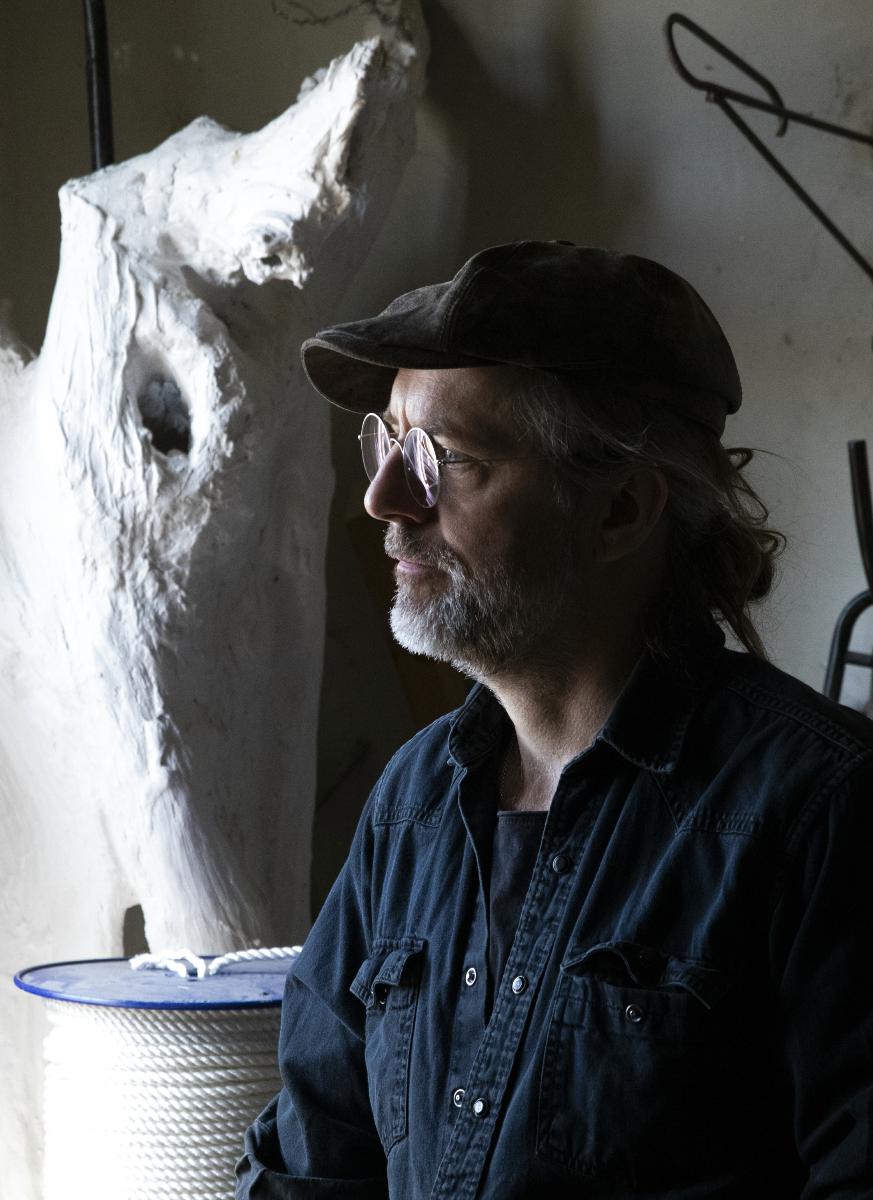 Johan Thurfjell was born in 1970 in Solna, he lives and works in Tullgarn, outside Vagnhärad in Sweden. In 2002 he earned his Master of Fine Arts from Konstfack University of Arts, Crafts, and Design in Stockholm.

Thurfjell is known for his poetic and suggestive works that, in their pared-down form, communicate a story that leads the thoughts to folklore and fables, fears and fantasies. Regardless of the material and technique Thurfjell chooses for his sculptures, paintings, video works, and installations, they are characterized by incredible skill and a strong sense of craftsmanship.

Johan ThurfjellReach Out and Touch Faith2003