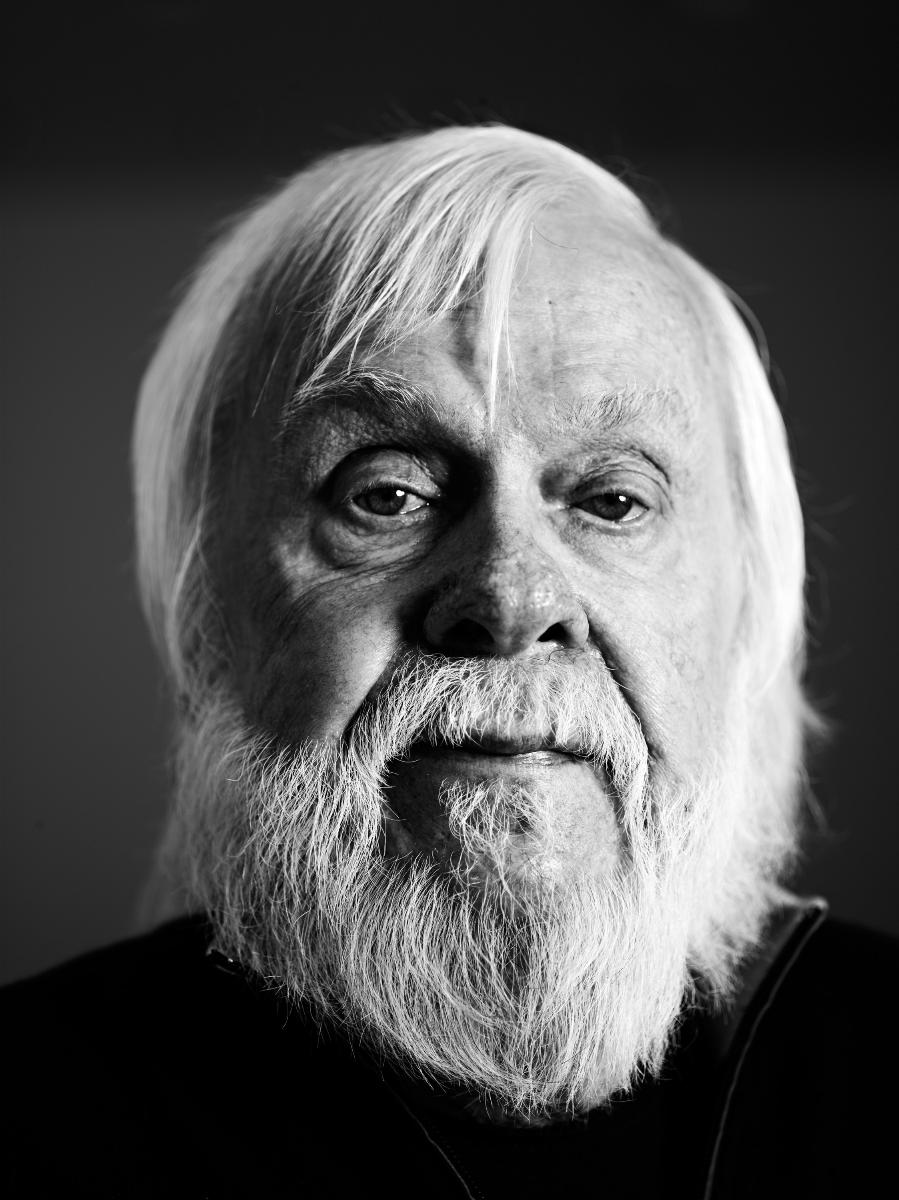 John Baldessari was born in 1931 in National City, California and died in 2020 in Los Angeles, California.

Initially trained as a painter, Baldessari began experimenting with text and photography and incorporating them into his work in the mid-1960s, evolving his practice through the 1970s into printmaking, film, books, sculpture and installation. He developed a body of work that demonstrated and disclosed the narrative potential of images and their associative power with text and language. Considered one of the founders of conceptual art, Baldessari was a hugely innovative force in contemporary art. His use of appropriation, erasure, alteration, and montage to disrupt a narrative or to construct an entirely new meaning out of recombined fragments has been utilized in disparate ways in different bodies of works spanning his career.

Baldessari was the recipient of many prestigious awards, including the 2015 School of the Museum of Fine Arts Boston Medal Award and the 2012 Kaiserring Award by the city of Goslar, Germany.