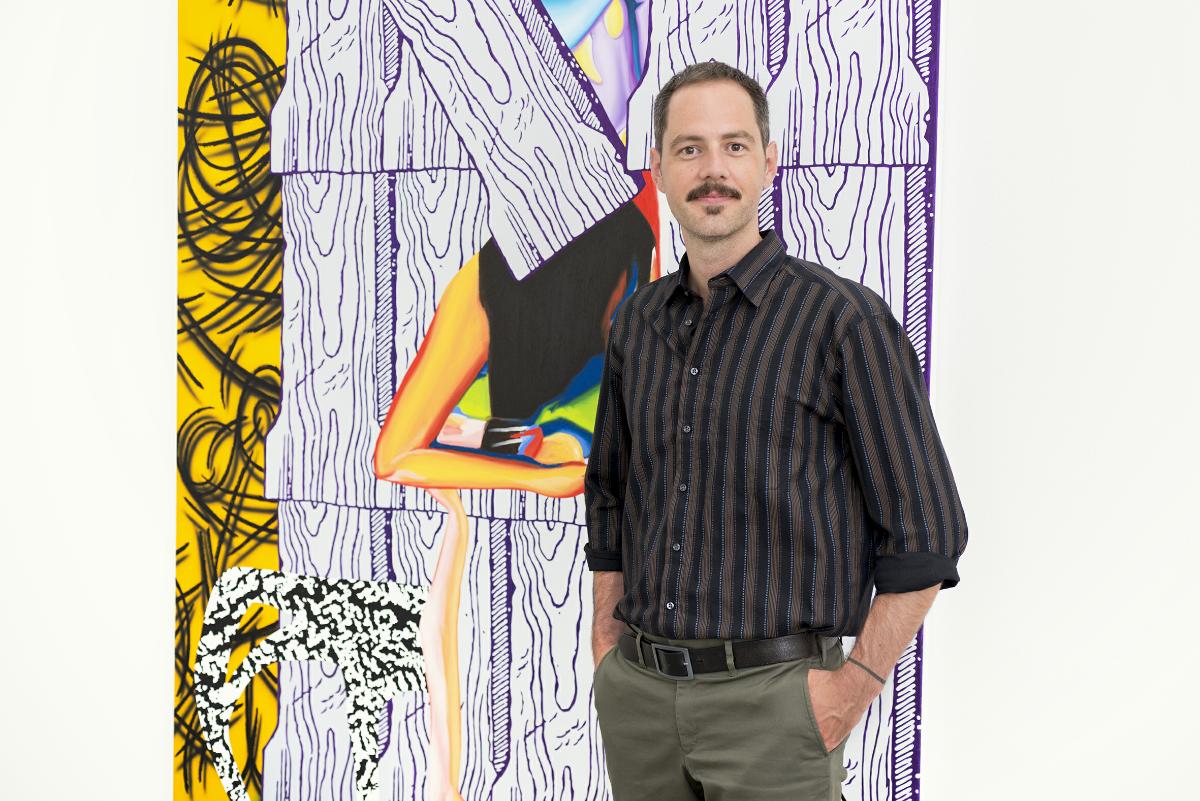 John Kleckner was born in 1978 in Iowa. He has devoted 15 years to drawing. His name has become synonymous with paper-based technical perfection that is as graceful as it is inscrutable. An elegant interplay of dynamic lines, myriad dots and subtle shading invades the carrier of mostly modest size. Frequently executed in simple ink or graphite, occasionally in gentle watercolor, Kleckner’s graphic ciphers are woven into intriguing compositions, where the artist builds on a visual idiom once popular with hippies, while deconstructing it with enigmatic detail. Works by Kleckner, who once called himself a “sceptical hippie”, often revolve around the human body, human relationships, and the finite nature of both.

For his latest series, begun in 2015, Kleckner has put aside the ink pens and returned for the first time since graduating in 2002 to brush and palette. Distilling from more than a hundred works of paper collage that he has been making since 2012, Kleckner has produced a dozen or more large-format paintings in robust color. At first sight, the technical, formal and chromatic aspects of this series seem unrelated to Kleckner’s previous œuvre, but the reverse is true: with these latest works, Kleckner has taken his technique of stylistic contrast and disjointed motif a stage further, making the principle of collage that has accompanied his output since college a theme of his painting. Moreover, here Kleckner combines earlier and later inspirations for his art. The result is a transatlantic bridge: influences from the art history and pop culture of his native United States merge with others from Berlin, his chosen home, to create an independent repertoire of form and color.