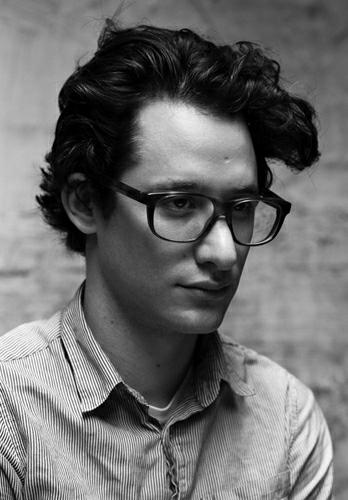 Jordan Wolfson was born in 1980 in New York, and he lives and works in New York and Los Angeles. In 2003, he received his Bachelor of Fine Arts in sculpture from the Rhode Island School of Design.

Wolfson’s technologically advanced sculpture projects and animations gather inspiration from popular culture, particularly the function and esthetics of the Internet. In Wolfson’s work, which alludes to seemingly familiar media imagery, our understanding of images that we are used to decoding according to a certain ethical compass is manipulated and dislocated. Over the past decade, Wolfson has become known for his thought-provoking works in a wide range of media, including video, sculpture, installation, photography, and performance. He pulls intuitively from the world of advertising, the Internet, and the technology industries to produce ambitious and enigmatic narratives. Instead of simply appropriating found material, the artist creates his unique content, which frequently revolves around a series of invented, animated characters.