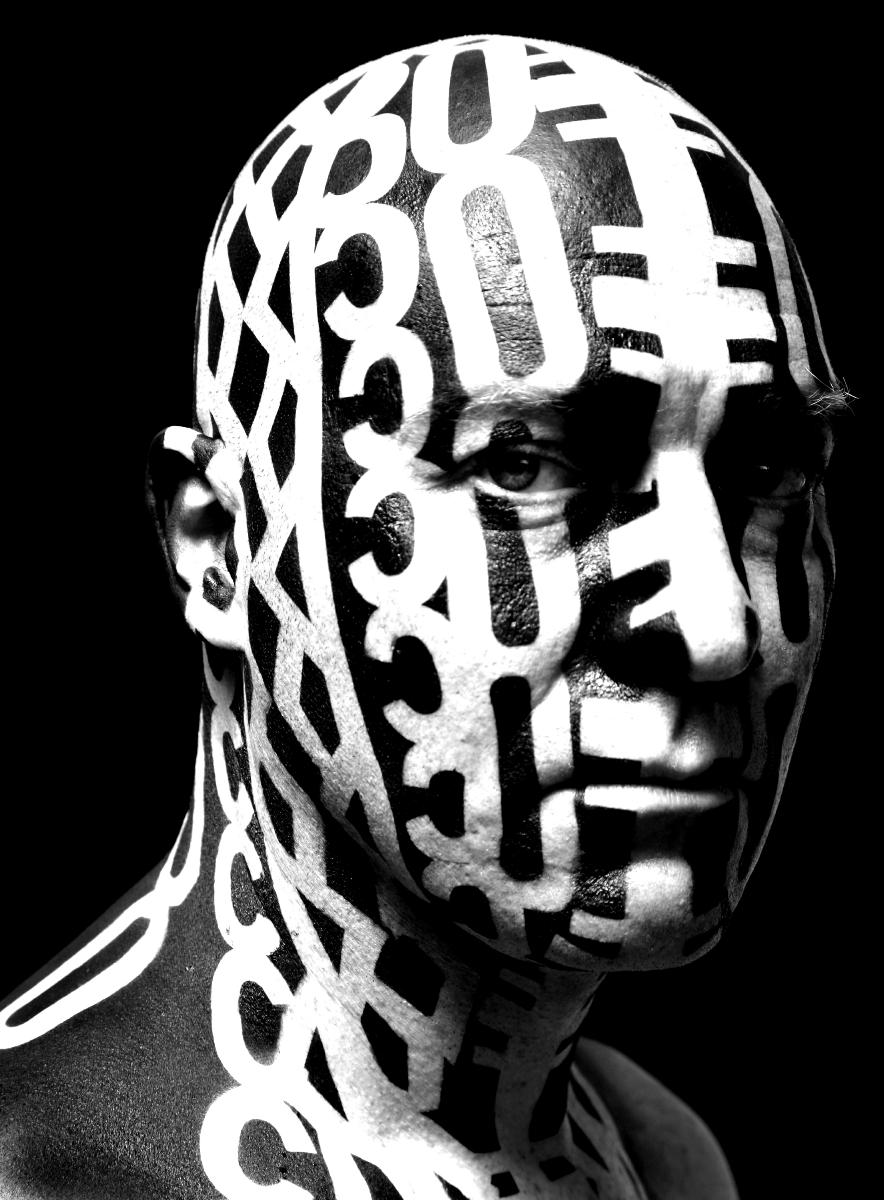 Kendell Geers was born in South Africa, he lives and works in Brussels. At the 1993 Venice Biennale he officially changed his date of birth to May 1968, a momentous year in world history for human liberation and equality. Geers creates work that aims to disrupt commonly accepted moral codes and principles. Employing a wide range of references — from the realms of history of art, pornography, iconography and kitsch — Geers questions artistic value and mocks the notion of originality. His work reveals razor-sharp humour that plays with the viewer’s repulsion and ridicules racial or religious stereotypes. Laden with complex and deep political implications, it is challenging and confrontational. At the same time, Geers’ minimalist aesthetics generate a subtle poetic undertone. His use of language, ready-mades, neon, glass, icons, film, chevron tape and other objects confront the viewer head on. They often startle the eye and require a degree of interrogation from the spectator.