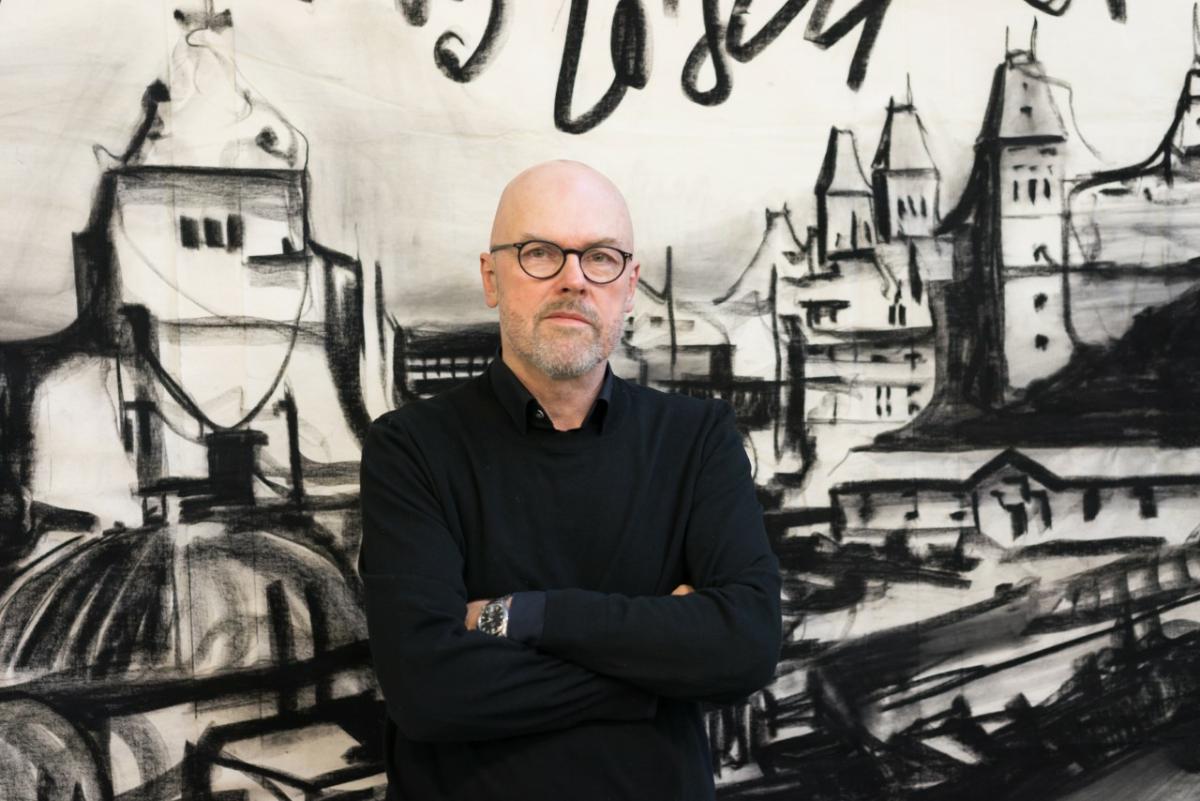 Marcel van Eeden was born in 1965 in The Hague, Netherlands. He lives and works in Zurich, Switzerland, and Karlsruhe, Germany.

van Eeden is an internationally renowned draughtsman whose works detail events and images that predate his birth on November 22, 1965. These predominantly monochromatic drawings, stylistically reminiscent of ‘film noir’, serve to articulate a series of events that are part of a continuous yet inherently unstable narrative in constant flux. Working with found imagery from photographs to magazines, postcards, posters, advertisements, and books, van Eeden’s imagery and accompanying text within the drawings often cross into the territory of the graphic novel, generating a mood of sparse, haunting, and somewhat sombre nostalgia. Van Eeden’s practice is unique in that he adheres to a series of self-imposed rules, relentlessly producing at least one drawing per day since 1993. His paper is hand-cut to specific dimensions, and he works by filling the picture diagonally, starting from the upper left-hand corner. Most crucial, though, to this regulatory approach, is the conceptual decision to refer only to found images and textual sources that precede his date of birth: in part a result of van Eeden’s fascination with the notion of absence, or ‘nonbeing’, as espoused in the philosophies of Arthur Schopenhauer. Often using these found sources to create fictional stories, narrative structures emerged in van Eeden’s works in around 2006, when the artist began grouping his works into enigmatic series with a long-term narrative structure, using found facts and images to build a story based on elements of cinematic nostalgia and intrigue.