Maria Hedlund was born in 1961 in Västerås, Sweden. She lives and works in Stockholm and Berlin. Hedlund studied at the School of Photography and Film at Gothenburg University.

Hedlund is a Senior lecturer in Visual Arts at the Malmö Art Academy in Malmö, Sweden.

Artist talk: Carl Hammoud and Maria Hedlund and lecture about the studio by Wouter Davidts 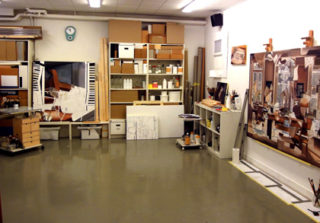 Lecture and artist talk about the studio20 October 2010Read more