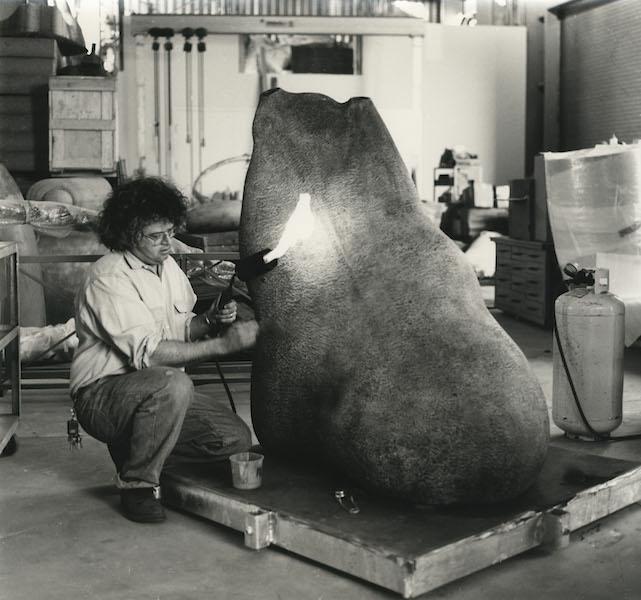 Peter Sheltion was born in 1951. He was a pre-medical student at Pomona College, studying sociology, anthropology and theatre, before he switched to major in fine art. Shelton went on to earn a trade certificate in welding from the Hobart School of Welding Technology in his hometown of Troy, Ohio (1974) and a Master of Fine Arts from the University of California, Los Angeles (1979).

Shelton has exhibited widely including solo shows at the Whitney Museum of American Art, New York (1987); the Los Angeles County Museum of Art, Los Angeles (1994); the Irish Museum of Art, Dublin (1998 – 1999) and the Portland Art Museum, Portland (2011). Public commissions include sixbeastsandtwomonkeys for the Police Administration Building, Los Angeles, and thinmanlittlebird for the Indianapolis-Marion County Public Library, both in 2009.