A major figure on the young German art scene, since the beginning of the 1990s Tobias Rehberger has been exploring the processes and context in which aesthetic values emerge. He works in between the areas of design, fashion, and architecture and conceives the artist’s role as that of a catalyst of people’s desires. Each one of his works is made with the active participation of visitors, whose suggestions become part of the creative process, thus questioning his own status as author.

Tobias Rehberger7 ends of the world2003 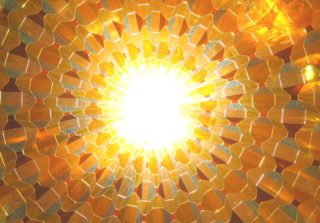