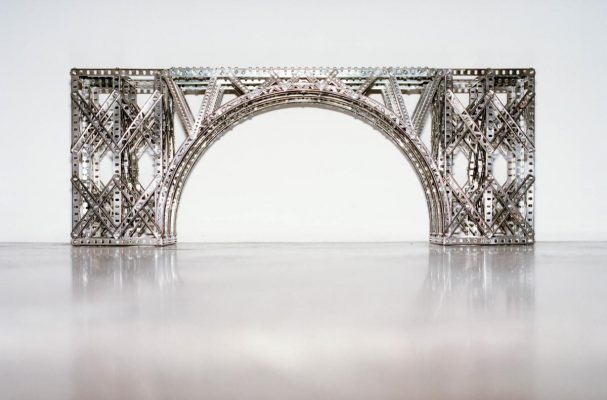 “For years I studied an etching of a bridge in a book on early Mexican railroads. Although this bridge was never built the proposed bridge was a beautiful cast iron structure that was to span a very deep gorge. I fantasized that I might be able to model this bridge using Erector and Meccano parts (toy metal construction parts). I thought it would be wise to warm my fingers and familiarize myself with the metal construction parts by building a small bridge that could simply hold my own weight. I built the 1/4 Ton Bridge, which weighs 5 pounds and is able to support 500 pounds. It was only after completing this small bridge I was able to commence the massive undertaking of building The Mexican Bridge.”
–Chris Burden

Chris Burden and I first got to know each other in 1989, when Magasin III acquired his B-Car from a New York gallery. It took another ten years or so of contact back and forth and a visit to his studio outside Los Angeles, before he finally talked about his fascination with Meccano and shared his ideas for building bridges. But that’s how it often is with Chris. He has ambitious projects and they take a long, long time. His enthusiasm was contagious and I told him that we would help him produce the bridges.

Chris bought old Meccano parts and started experimenting in his studio in California. 1/4 Ton Bridge was the first bridge that Chris made, and with it comes a little anecdote. Chris was rather hefty at this time, weighed a bit too much. So did one of his best friends, Paul Schimmel, who was the chief curator at the Los Angeles Museum of Contemporary Art. They stepped up onto 1/4 Ton Bridge together with Paul’s son. Together the three of them weighed 250 kilos, which Chris had estimated that the bridge could withstand. It could, and that is why it’s called 1/4 Ton Bridge. He later created the work Static Test, which documents how much weight the bridge can bear with ten bags of fertilizer. What Chris was after was to show that something that was a toy, in this case Meccano parts, can be constructed to have a function and with lasting quality.

Before the installation at Magasin III, Chris voiced a touching uncertainty when he became aware of how big the exhibition space was. He said: “Since I don’t need that much space, are you going to show something else at the same time?” I responded that we would just make the space smaller. We divided the upper floor into three smaller rooms, everything else was walled off and closed up. Chris loved the whole choreography, that the museum or exhibition space was reduced to one function in support of his art, not vice versa. 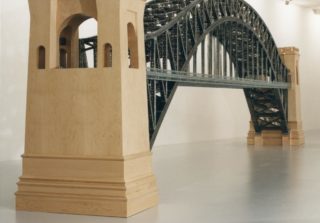 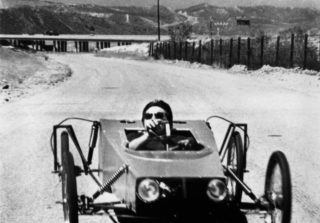 Artworks by Chris Burden in the collection