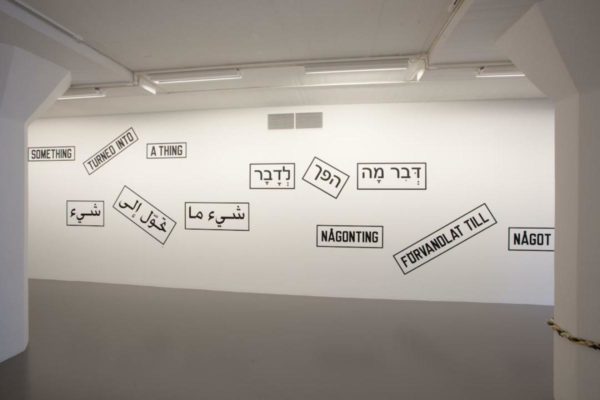 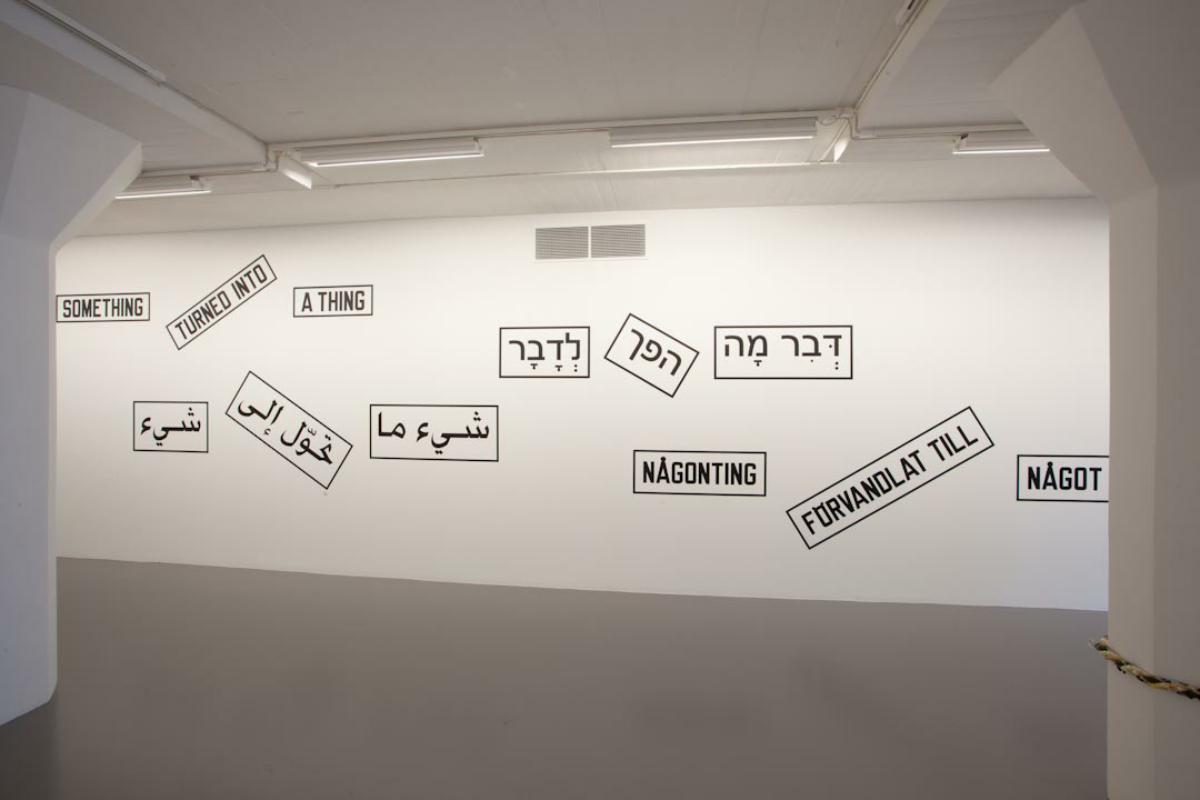 The works I create touch on the relationships people have with the objects they use for making art.   Lawrence Weiner

In the 1960s, Lawrence Weiner became a leading figure of Conceptual art, rejecting the artistic object and traditional methods of creation. Exponents of the new movement queried the true nature of art, the materials with which it can be created and how it can be presented.

Weiner is chiefly associated with his wall installations—a verbal approach to exploring the things that forever surround and affect us. In his characteristically minimalistic style, Weiner uses spray paint or vinyl lettering to apply words directly onto walls and create texts that by virtue of both their meaning and visual impact provoke reflection and discussion. His succinct phrases operate on several levels, and by communicating directly with the viewer, he relies on their artistic interpretation and contemplation to reach a kind of transcendence.

Catalog #1029 was originally created for an exhibition in Israel in 2009, but it is not site-specific. Weiner does not view the time and place of the exhibitions as significant factors with his work:

When I make an artwork—each person of every culture faces the same existential problems.   Lawrence Weiner

Language, however, is an essential part of his work. Weiner always presents it in the local language and has added the phrase in Swedish for this installation.

Artworks by Lawrence Weiner in the collection

Lawrence WeinerAS LONG AS IT LASTS2013