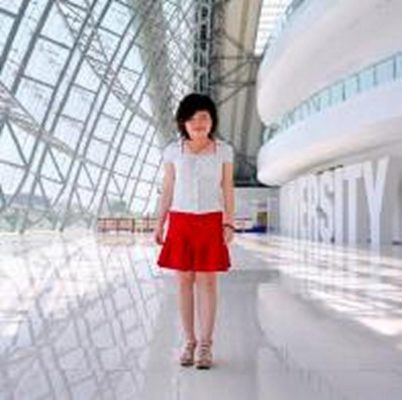 Fairytale is apparently different from my previous works, as it deals with living individuals, their lives, as well as their hope and imagination.   Ai Weiwei

In 2007 Ai Weiwei created the project Fairytale for Documenta 12 in Kassel, Germany (considered to be one of the world’s most important art events.) Documenta started in 1955 and has taken place every five years since 1972. Ai Weiwei wanted to work outside of conventional art forms and create instead something with people. He arranged for 1001 Chinese citizens of different ages and backgrounds to travel to Kassel free of cost over the period of the exhibition. Two hundred people at a time spent a week in the city and could visit a unique art event while at the same time being part of it.

The project was inspired by the Brothers Grimm who were from the region of Kassel and whose collections of fairytales still are read to this day. Ai Weiwei’s Fairytale is a contemporary story that challenged the preconceptions and attitudes of the participants themselves and the people who were in Kassel in the summer of 2007.

Ai Weiwei initiated the project by describing his project idea in his blog. This generated an enormous response – within just a few days over 3000 people expressed an interest in participating. Ai Weiwei shortened the application period in order not to refuse too many interested people. Everyone had to fill in an application with some one hundred questions. Then 1001 people from different parts of China and ranging in age from 2 to 70 years and from diverse backgrounds were selected from all over China. Ai Weiwei and his team of co-workers set up a temporary travel agency to help the participants with passports, insurance and tickets. Before their departure each participant was photographed in surroundings similar to where they came from.

For the exhibition, a selection of fourteen of these portraits were shown in conjunction with Fairytale Dormitory and the film that documents the project.