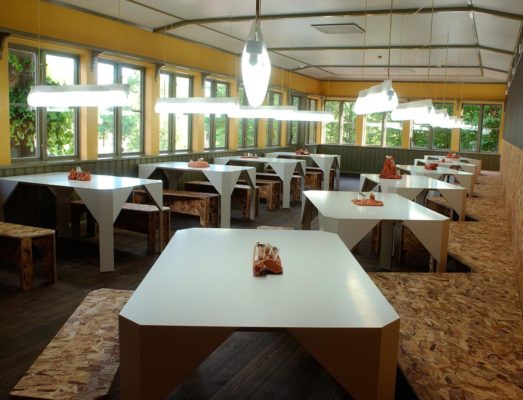 “Some buildings have to be rubbed the wrong way sometimes. A historically important building isn’t necessarily shown respect through cautious extensions; on the contrary, it may be a benefit if the style of the new addition contrasts the old one.”

In 2001, director David Neuman and I developed the idea for a temporary project based upon a dynamic working process. The project was named Magasin 3 Projekt Djurgårdsbrunn and took place over four summers, 2002–2005. It was located on a historic site with an existing summer pavilion and an inn near the Djurgårdsbrunn Bridge over the canal connecting Stockholm to the inner archipelago. In the first year, our team grew with Birgitta Hallerström Wallin acting as project coordinator, a role that Magnus Ericson took over for the last three years of the project. We collaborated with artists, designers, architects, choreographers, and musicians with the vision of creating a meeting place for culture and the general public. We wanted ideas to drive the entire process, and in that experimental spirit, even the architecture and the graphic design were renewed each season.

The first summer, Uglycute (Markus Degerman, Andreas Nobel, Jonas Nobel and Fredrik Stenberg) designed a dining room, a reading lounge, and outdoor furniture. Maintaining an attitude of respect toward history by refusing to create pastiches of older idioms, Uglycute’s motto of “respect by ignoring” motivated an interior that sought to challenge the visitor’s ideas of comfort and clashing styles. Instead of attempting to adapt to the established features of the site, Uglycute showed respect both by allowing large amounts of the existing interior to remain (the inner façade facing the canal as well as the ceiling) and by intentionally juxtaposing the old against the completely new decor.

The new decor was contemporary and, in contrast to the 1960s building, the material choices were very simple: sheets of composite wood and other items recognizable from the multi-phased processes of construction sites. Uglycute called the result a “tilted diner” inspired by American diners, the earliest of which were simple restaurants in converted railroad cars. Here, visitors could eat if they wished – the food was prepared on site by chefs and, with the help of vending machines, was served from 8:00 am until 2:00 am. Every table featured a unique ceramic object, a “conversation piece” for salt, pepper, and toothpicks that Uglycute had created for the project during a weekend workshop with several other people. In the same spirit, Uglycute designed the reading lounge. In the courtyard around twenty constructions in wood were spread out, functioning as both benches and tables simultaneously.

“To always hold tightly to your history risks leading to calcified, misconstrued ideas about architecture and design. Iconic modernism in today’s design often feels like the expression of a dull attitude toward societal development and innovation. Public and social places should be able to be shaped so that people know that they are in places where they can speak freely. For something to be understood as flexible and impressionable, therefore, it is important to treat your history with a restrained respect. Sometimes, the best way to respect the past is even to completely ignore it. Then it is a matter of respecting your own time and the possibilities the future holds, with the absolute conviction that you are a product of your time. A time that certainly is the product of its history but that you have the opportunity to impact.”

“Projekt Djurgårdsbrunn was a point of departure and a foundation for the rest of our work. It proved to us that it was possible to unite theory and practice in a way that we have carried with us since then. It also became a sort of breakthrough for a new type of aesthetic that we see almost everywhere today. The claim could be made, for example, that OSB and particleboard have been on a fascinating class journey and that this journey began, to a great extent, here.”

Summary by Niki Kralli Anell based on project descriptions and conversations with Richard Julin, 2018. Translated by Dr. Suzanne M. Cheadle. 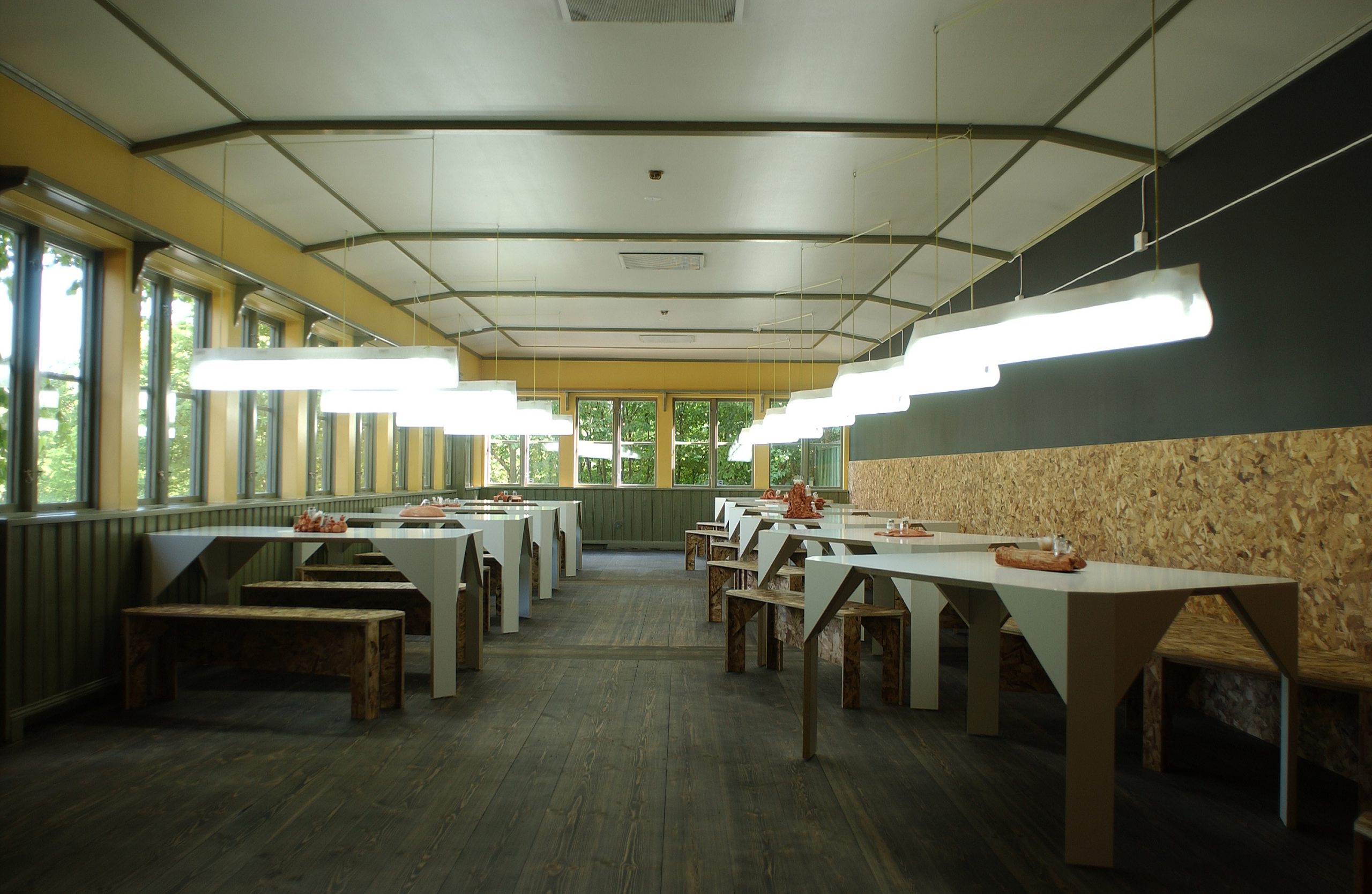 Artworks by Uglycute in the collection