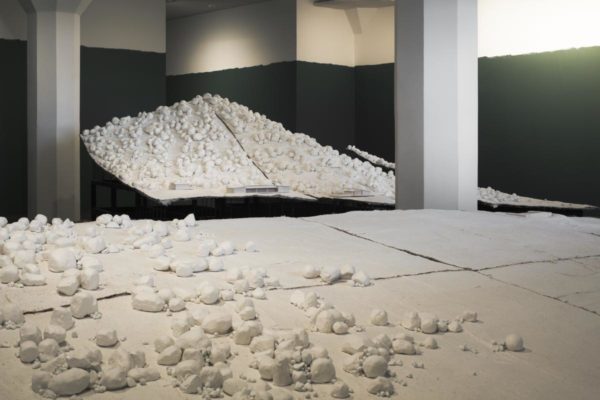 The first time I met Andrea Zittel was at her 2006 exhibition in London. Magasin III acquired a work from the exhibition (Rules of Raugh, 2005, etching and aquatint on chine collé) and a seed was planted for future collaboration. A few years later, I was awarded a research scholarship at the Getty Research Institute in Los Angeles, which gave me the opportunity to visit Andrea Zittel at her home and studio in Joshua Tree, California. In the fall of 2010, I drove out to the Mojave desert to begin our collaboration around what would become the exhibition, artwork and book Lay of My Land.

Andrea’s work is inspired by her everyday life and her wide-ranging practice encompasses the varied fields of architecture, painting, photography, design, textiles and cooking. A-Z West, the place she lives and works, is a constantly evolving artwork in itself and we agreed that the exhibition would revolve around it. The new work, Lay of My Land, became a sculptural installation based on the A-Z West site, a topographical manifestation of the Mojave desert landscape. During my second visit to A-Z West, Andrea and I had a conversation about the place and its strong influence on her practice. This conversation is reproduced in Lay of My Land, the book published by Prestel in conjunction with the exhibition.

At Magasin III we strive to keep the fabrication and production of new artworks within Stockholm—often in-house and with the help of local craftspeople and suppliers. This is in part to avoid unnecessary shipping, but above all because it brings the artistic process closer to the exhibition. This often creates a special atmosphere on-site that influences the final result. Many artists have worked at Magasin III over the years, for shorter and longer periods, together with our team of curators, technicians and exhibition assistants who often are young artists completing their studies. We gather over lunch every day during the installation period, together with the education, communications and administrative staff, all of whom have a chance to meet and interact with the artist. In this way, the creation of art naturally ends up at the heart of everything we do at Magasin III.

The process of producing Lay of My Land included a lengthy discussion about where the work would be fabricated. Andrea was very clear about the fact that she nearly always works in her own studio. I tried to demonstrate the advantages of working here. We settled on a friendly compromise. Lay of My Land was first made in a version at A-Z West that remained in the US. The work was then made in a second version at Magasin III. Andrea led the work and helped to build both of these sculptural installations. 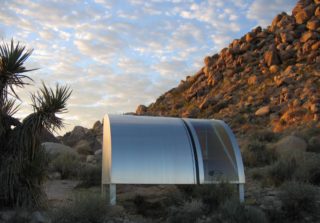 Artworks by Andrea Zittel in the collection