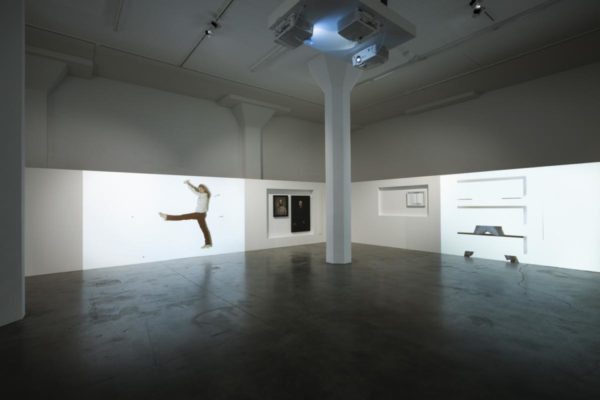 I first became aware of Markus Schinwald when I saw stills from one of his video works in a catalogue in the early 2000s. I especially remember the surrealist atmosphere of the pictures and the remarkable clothing the characters were wearing. After this, I saw some of Markus’ individual sculptures and paintings at galleries and in group exhibitions, and they always left their mark in one way or another not only on the mind’s eye, but also almost physically, palpably. In 2011, Schinwald represented Austria at the Venice Biennale. Everything came together there in a single incredible installation: appropriated 19th century portraits, wood sculptures made from table legs, and a film with an almost hypnotic soundtrack, all placed within a labyrinth of white walls floating approximately one meter above the floor.

Markus and I met for the first time in Basel in early summer 2014 and began planning for the exhibition that was scheduled to open in February 2015. Two months later, Markus came to Stockholm so that we could begin to sketch possible layouts together in the space itself. My vision for the exhibition was a unified milieu that visitors would enter into and meet both older and completely new works. During the autumn of 2014, I visited Markus in his studio in Vienna, a fantastic three-story house in a courtyard. Using scale models of the exhibition rooms, we worked out a plan in which his idea of an airy installation and my vision of a somewhat more compact presentation could find a middle ground.

Markus created a host of new works for the exhibition, which required a major modification of the rooms. For the lower level of Magasin III, Markus created a site-specific architectonic installation that functioned as a sort of framework for other works: sculptures in the form of strangely modified clothing and shoes, appropriated 19th century portraits, and six films. This installation, which received the title Stage Complex (2015), has a predecessor in a performance piece by Markus that has taken a variety of forms in recent years. In one version, a person in the exhibition interacted daily with a specially constructed, freestanding wall. The person opened and closed drawers and doors, crept into spaces and niches. In the large-scale new installation Stage Complex (2015), freestanding walls create a room within a room. In contrast to the performance piece, here it is the people in the films being projected on the walls who interact with mirrors, niches, openings, rungs, and hatches, some of which even exist in reality on the walls in the installation. Before the opening of the exhibition, Markus came with an assistant and spent three intensive weeks preparing Stage Complex and other new works together with our team of technicians.

When we began planning for the exhibition, we had recently been in talks about a collaboration with the director of the Royal Swedish Ballet, Johannes Öhman. As a result, Markus had the opportunity to work with a group of modern dancers from the Royal Ballet. The installation Stage Complex thus became both a starting point and a stage for a choreographed work created by Markus especially for and together with the dancers. The performance was held at Magasin III on five occasions and far exceeded my expectations. Seeing the dancers embody Markus’ singular idiom and ideas gave me goosebumps every time. View select moments from the performance here: https://www.magasin3.com/stage-complex-3/ 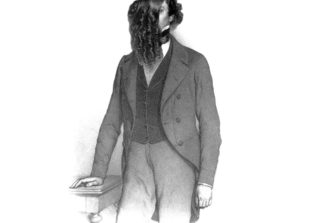 Artworks by Markus Schinwald in the collection