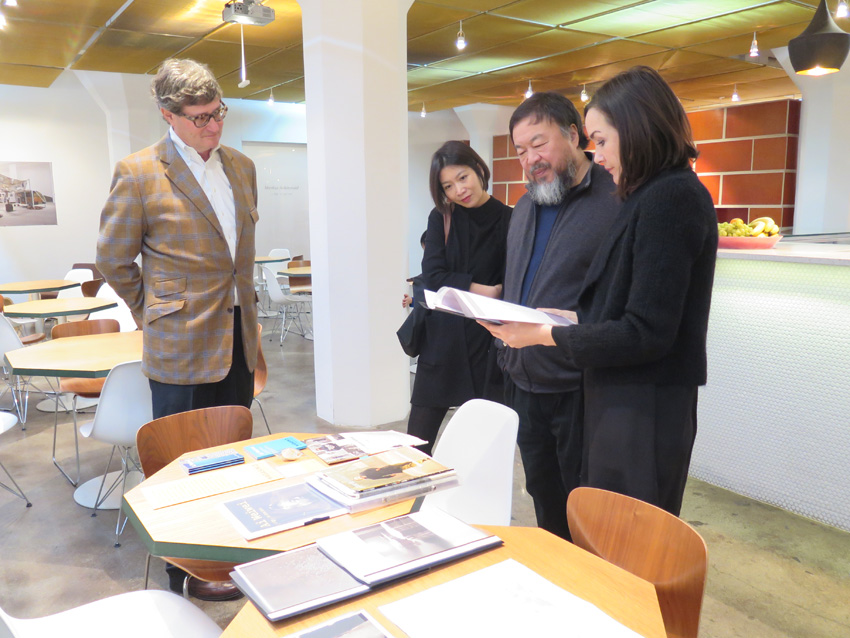 A few months before our solo exhibition with Ai Weiwei was to open (in the spring of 2012), the artist was arrested and disappeared for over 80 days. When he was released, he was forbidden to leave China for four years. During the summer of 2015, the travel restriction was finally lifted, allowing the artist to visit Stockholm.

On Tuesday, November 17th, Ai Weiwei and his family visited Magasin III. Together with Museum Director David Neuman and the exhibition’s curator Tessa Praun, Weiwei saw the current exhibitions and got an idea of what Magasin III looked like when his exhibition was on view.

Read more about our current exhibitions →