Film screening of the documentary Skyspaces about Turrell’s project Roden Crater.
Dawning (James Turrell, 1994) is the only work in the collection on permanent display. Turrell’s art explores light and space and aims to reach the viewer intuitively. His works provide a sensory encounter for the viewer while also allowing us to experience and relate, in an active sense, to our own sense of vision. Since the 1970s, Turrell has worked on one of the largest and most audacious artworks in the world – Roden Crater in Arizona, USA. Much of Turrell’s previous work has led to and culminates in this project that has been a subject of discussion for decades. In this documentary we get to follow Turrell with his work in an extinct volcano where he aims to construct an illusion of the vault of the sky and the concave surface of the earth; a place in which the sun, the moon and the stars function as light sources illuminating a dramatic scene in which only our relationship to the sky is of importance. 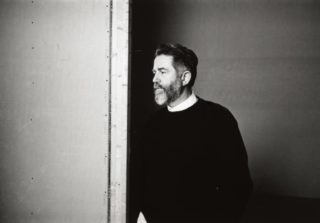