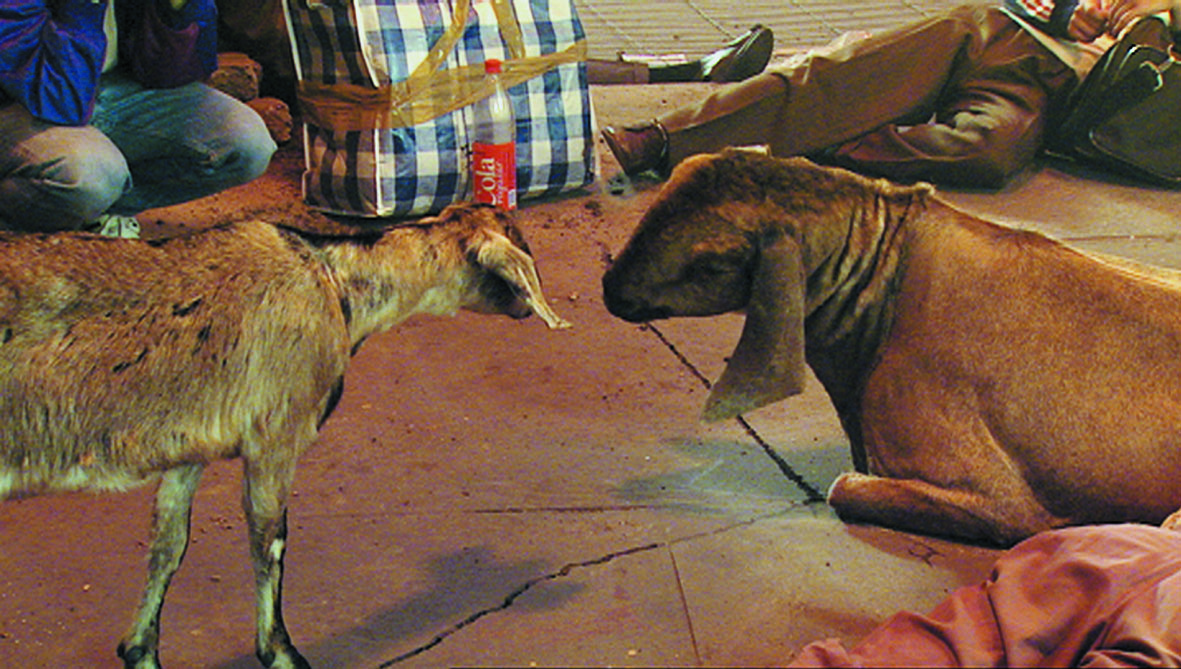 The work Flock consists of two projections, showing a group of people in an indefinable room. Among the people, there are also some goats, one of which turns out to be a robot. The participants in the film appear to be waiting for someone, or something. They speak on the telephone, fall asleep, and become agitated. The scene may give rise to associations to images of refugee camps. The atmosphere is characterized by a passive presence in a no man’s land.

The content of Aernout Mik’s films can be described as circumstances in which we are unsure of what is taking place and why the characters have been placed in the present situation.

Aernout Mik is one of the young Dutch artists of today who has received most attention. He lives and works in Amsterdam and Berlin. In 1997 he participated in the Venice Biennale, and in 2000 he had a solo exhibition at the Van Abbemuseum, Eindhoven.