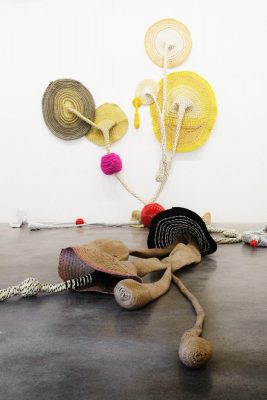 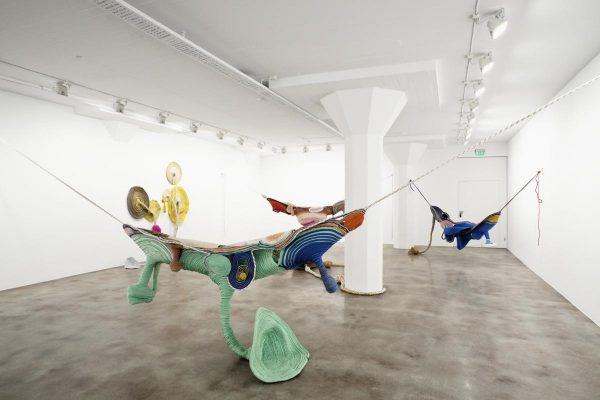 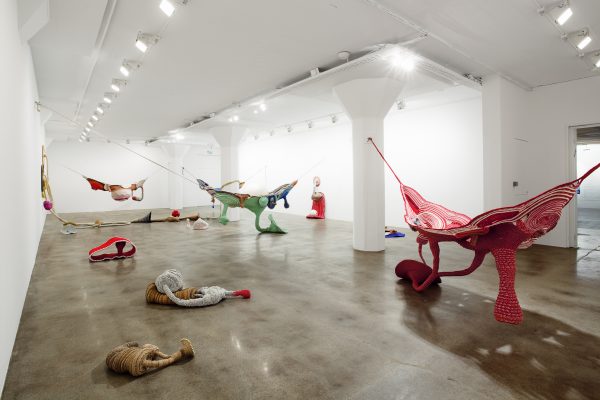 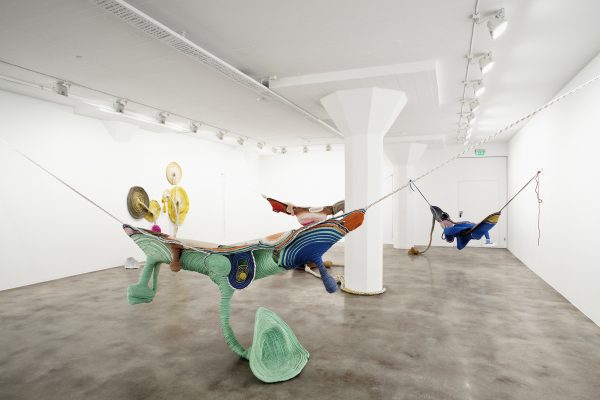 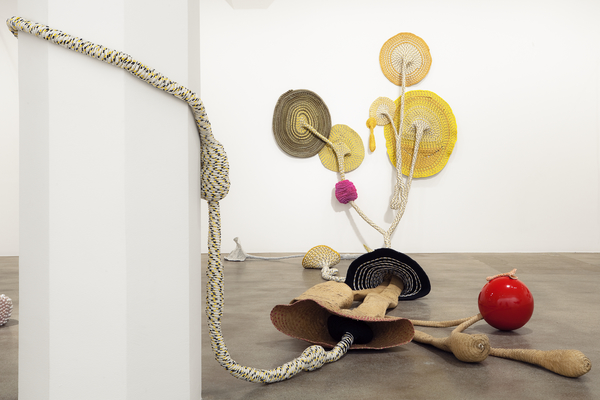 Always in a Spiral

The Brazilian artist Maria Nepomuceno allows her sculptures to spread across the exhibition space like vegetation in a mysterious garden. She uses rope and necklaces as raw material for her work, letting them take on their natural spiral form. For Nepomuceno the metaphor for the body and nature is central. She describes rope as a line, an umbilical cord, and every bead as a fertile point and a possible beginning that can be multiplied infinitely. In one work a giant bead rests in a hammock while another sculpture is filled with thousands of small glittering beads. Every time she exhibits a sculpture she changes it and combines a part of it with another or takes it apart completely. Nepomuceno is inspired by ancient traditions and materials giving them new form and content. In Latin America hammocks are places of sleep, birth and death but the artist is also interested in the movement, the rocking motion. The artist will let her sculptural hammocks suspend across the exhibition space at Magasin 3.

She says of her work, “I want to create a situation that feels like transiting from the beginning of our culture to the present.”

Maria Nepomuceno has re-worked existing sculptures and created new ones for the space. The exhibition at Magasin 3 is her second European solo show. She was born in 1976 and lives and works in Rio de Janeiro, Brazil. With a background in industrial design and art she has been actively exhibiting since 1999, most recently in her hometown at A Gentil Carioca (2009).

In the library we are showing Maria Nepomuceno’s films Domingo, 2003 and Expiro, 2006. The beads of Maria Nepomuceno’s sculptural work resurface in this filmed performance in the form of a large pink beach ball with the word “Amor” written on it. The artist releases the ball in various crowded places and sees what happens. One of the places is a beach in Rio de Janeiro and another the samba parade in the same city during the carnival. At the beach the sunbathers play with it, while on the street the revelers end up puncturing the pink ball, which slowly deflates and shrivels.