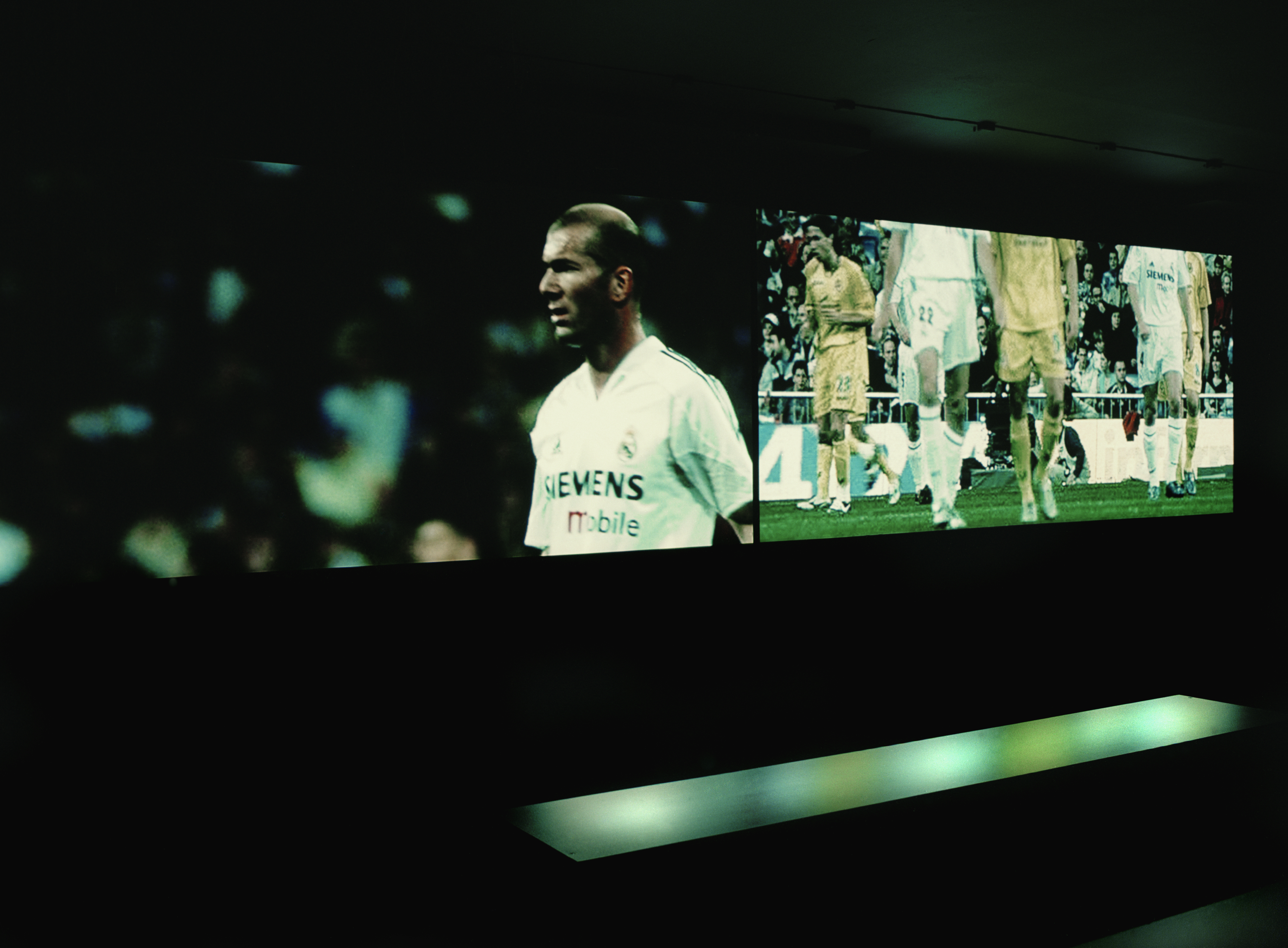 “To be recognised by a whole country is incredible. This is massive.” Zinédine Zidane

The work focuses on French football player Zinédine Zidane, one of the greatest athletes of our time. During a game between his team at the time, Real Madrid, and Villareal on April 23, 2005, Zidane was monitored by 17 cameras registering his every step, movement and facial expression. Acting on behalf of the artists, the camera crew was guided by the renowned cinematographer Darius Khondji, famous for his work with Delicatessen (1991) and Se7en (1995). The soundtrack to the film was made specially by the Scottish band Mogwai.

Tessa Praun, curator: “Through this very different way of documenting a football player at work, Gordon and Parreno have created a unique real-time document. Despite the film’s suggestive atmosphere, a parallel can be drawn with nature films as a genre – we observe at a distance, we study strange events, and because of the skilfully recorded images and sounds from the stadium, we sometimes feel as though we are standing on the pitch with Zidane”.

Conversation: On football and art 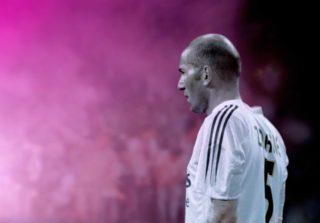