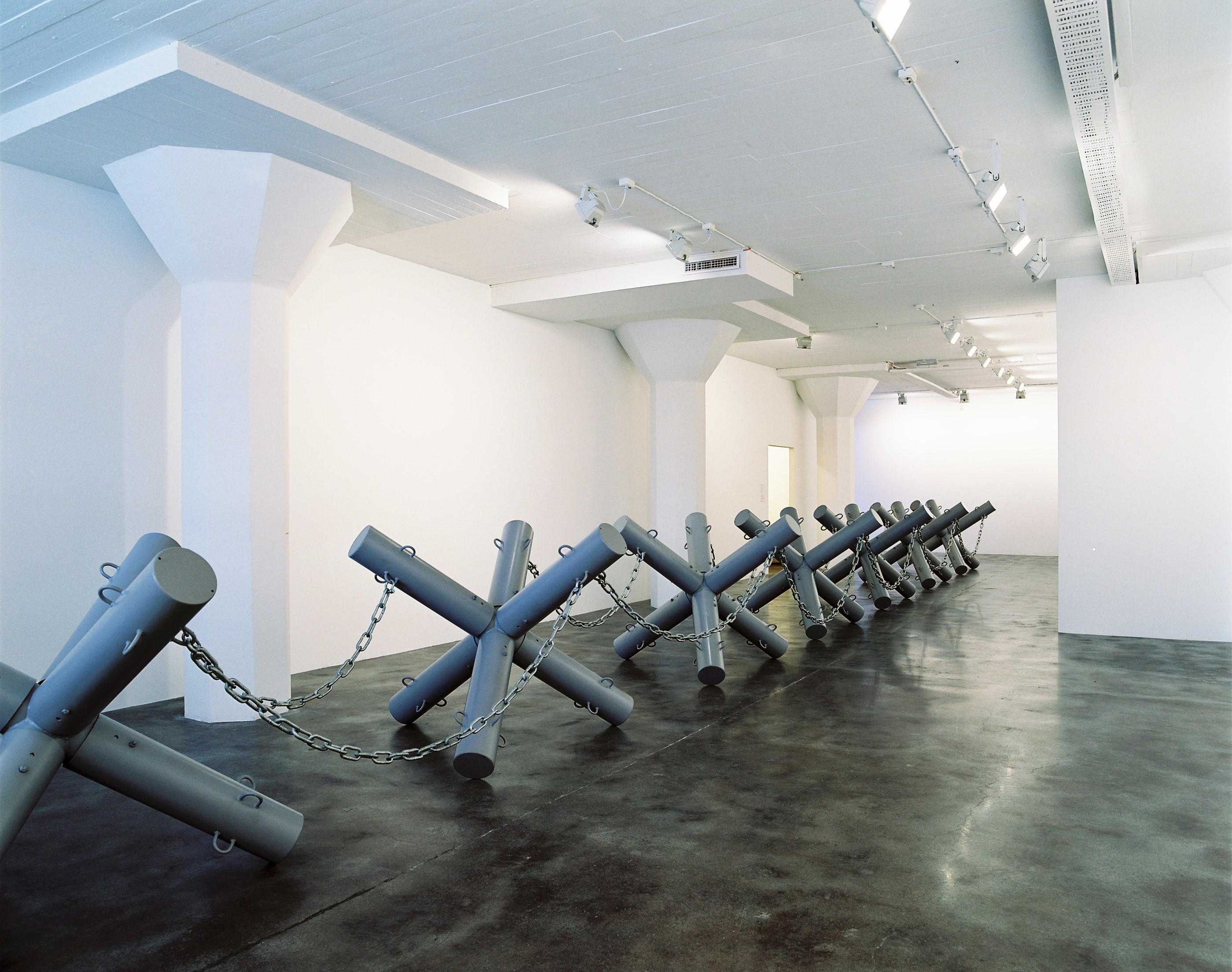 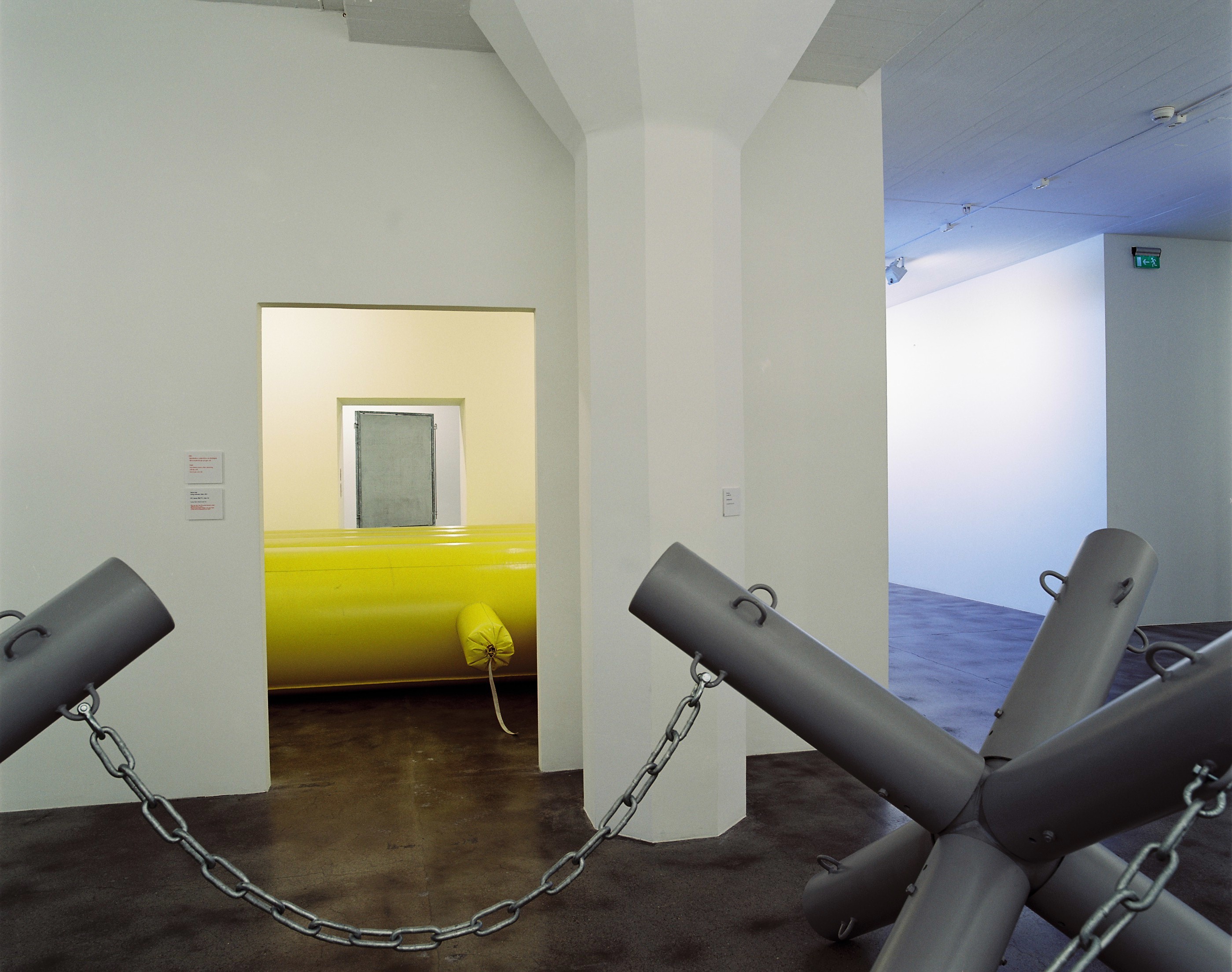 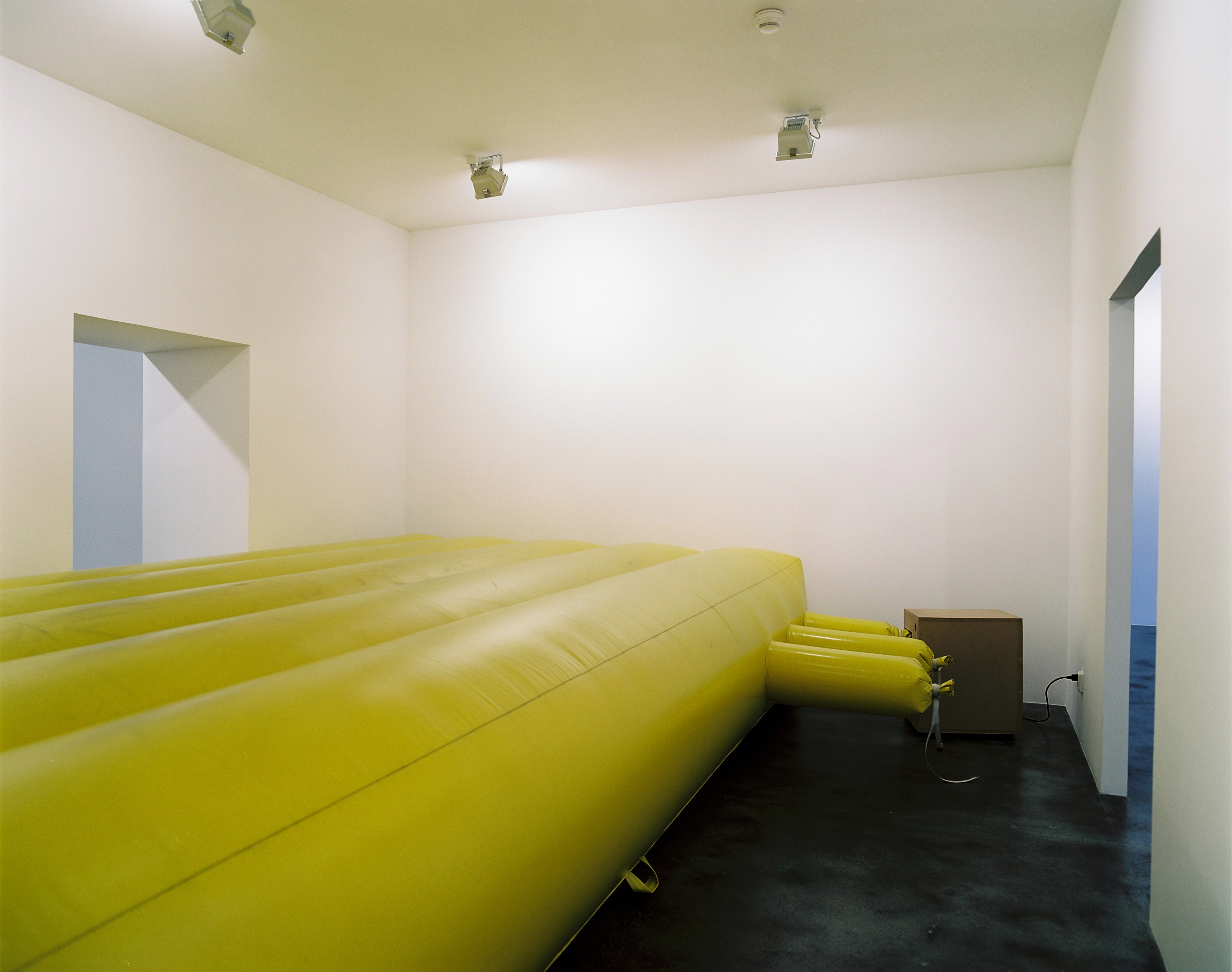 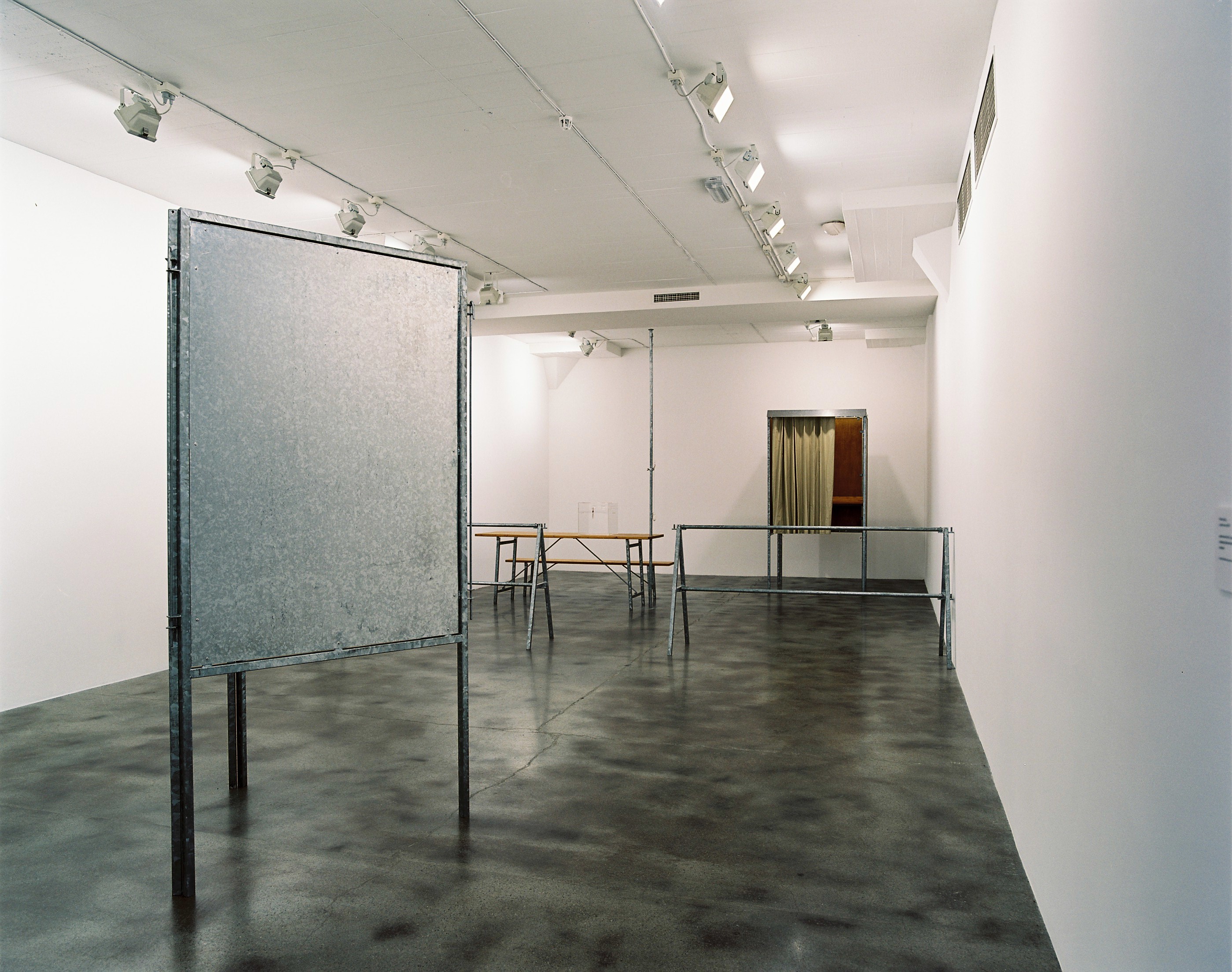 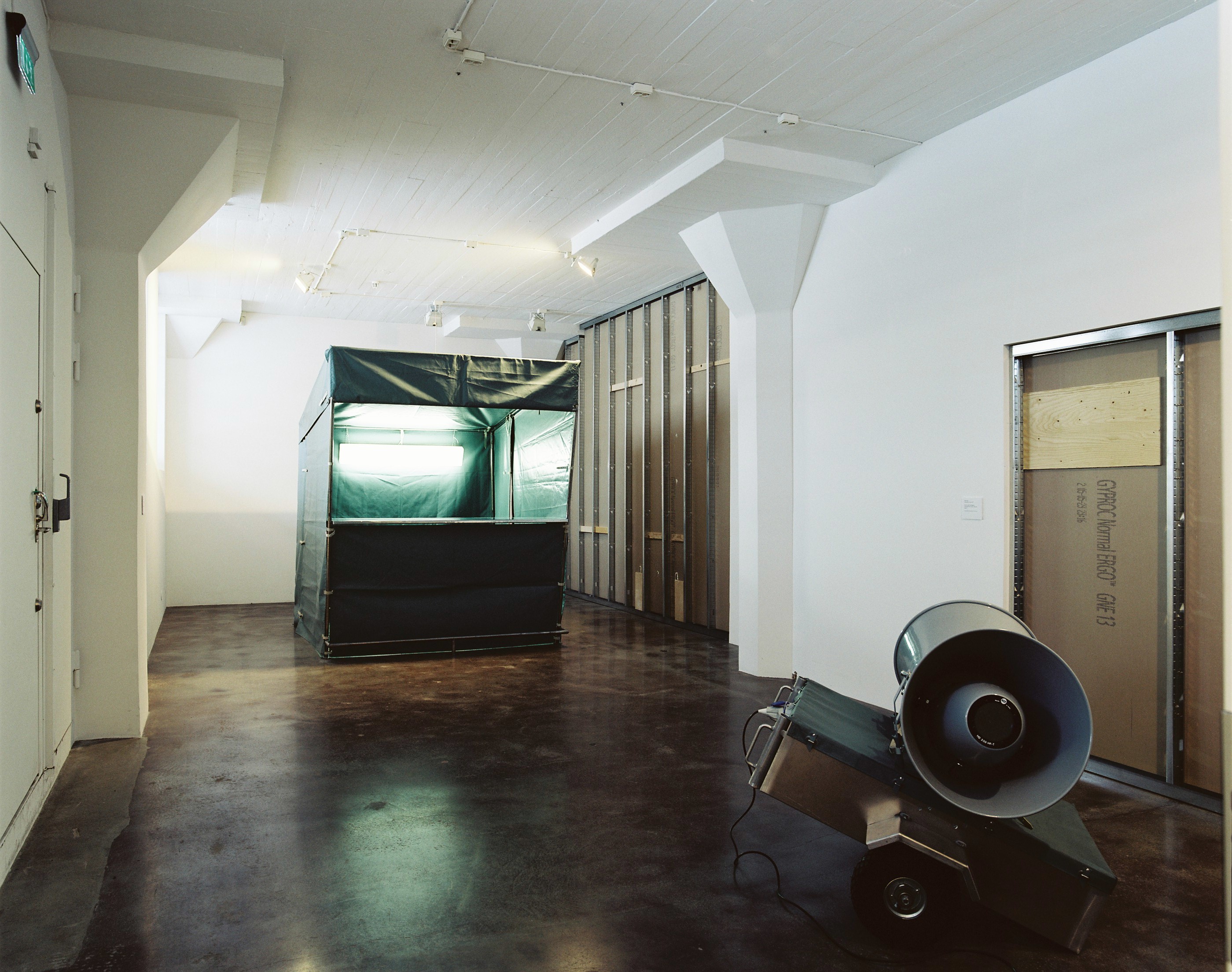 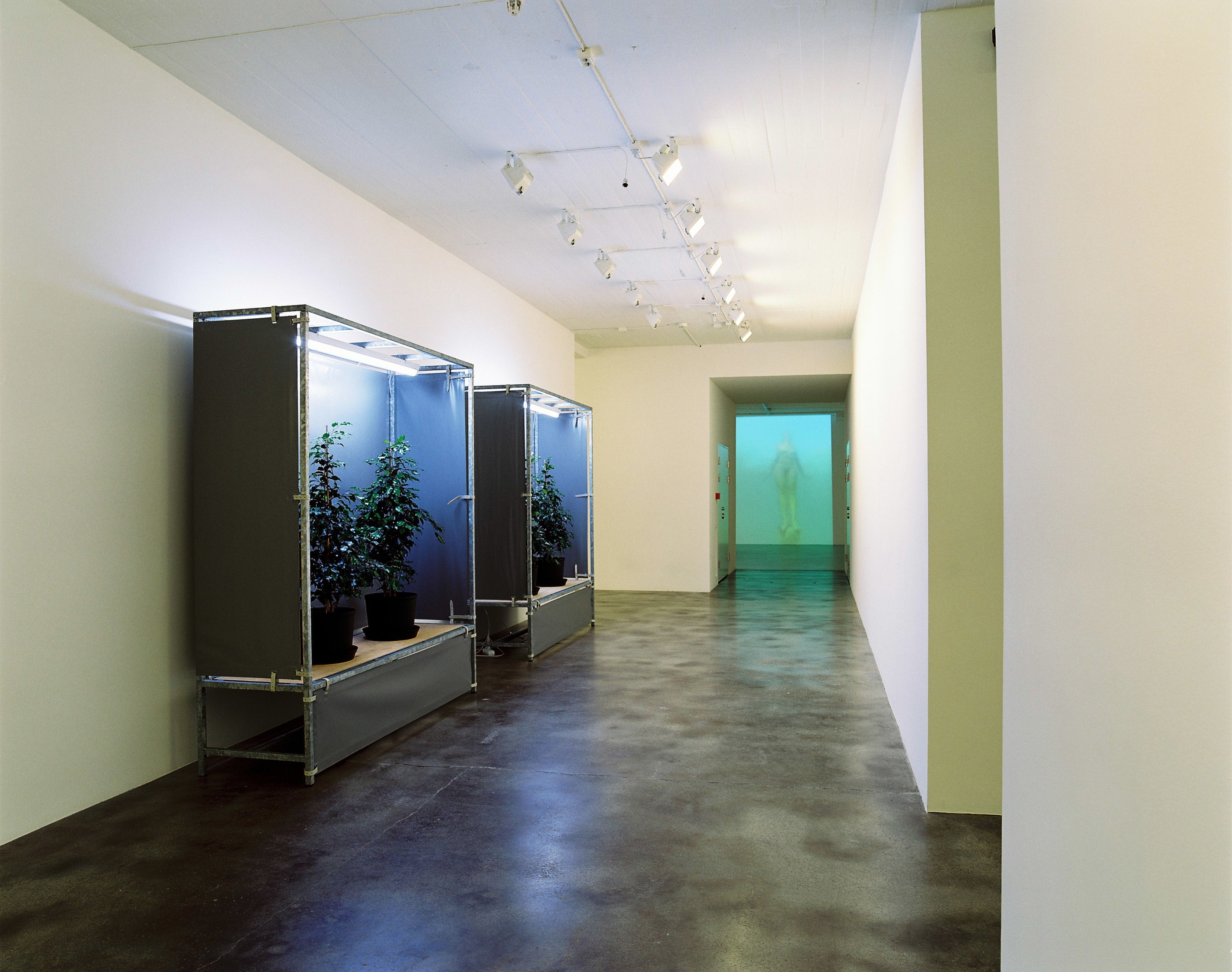 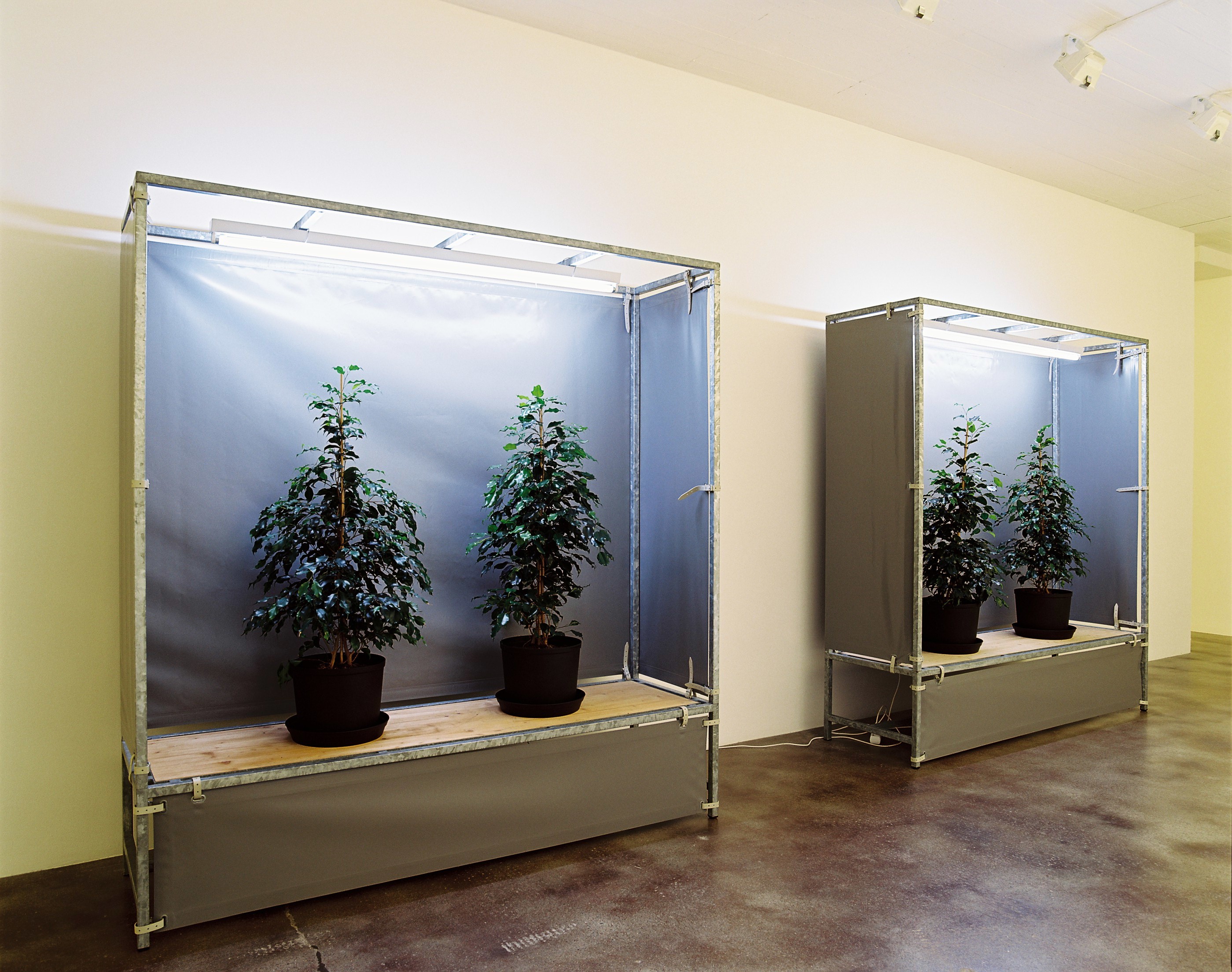 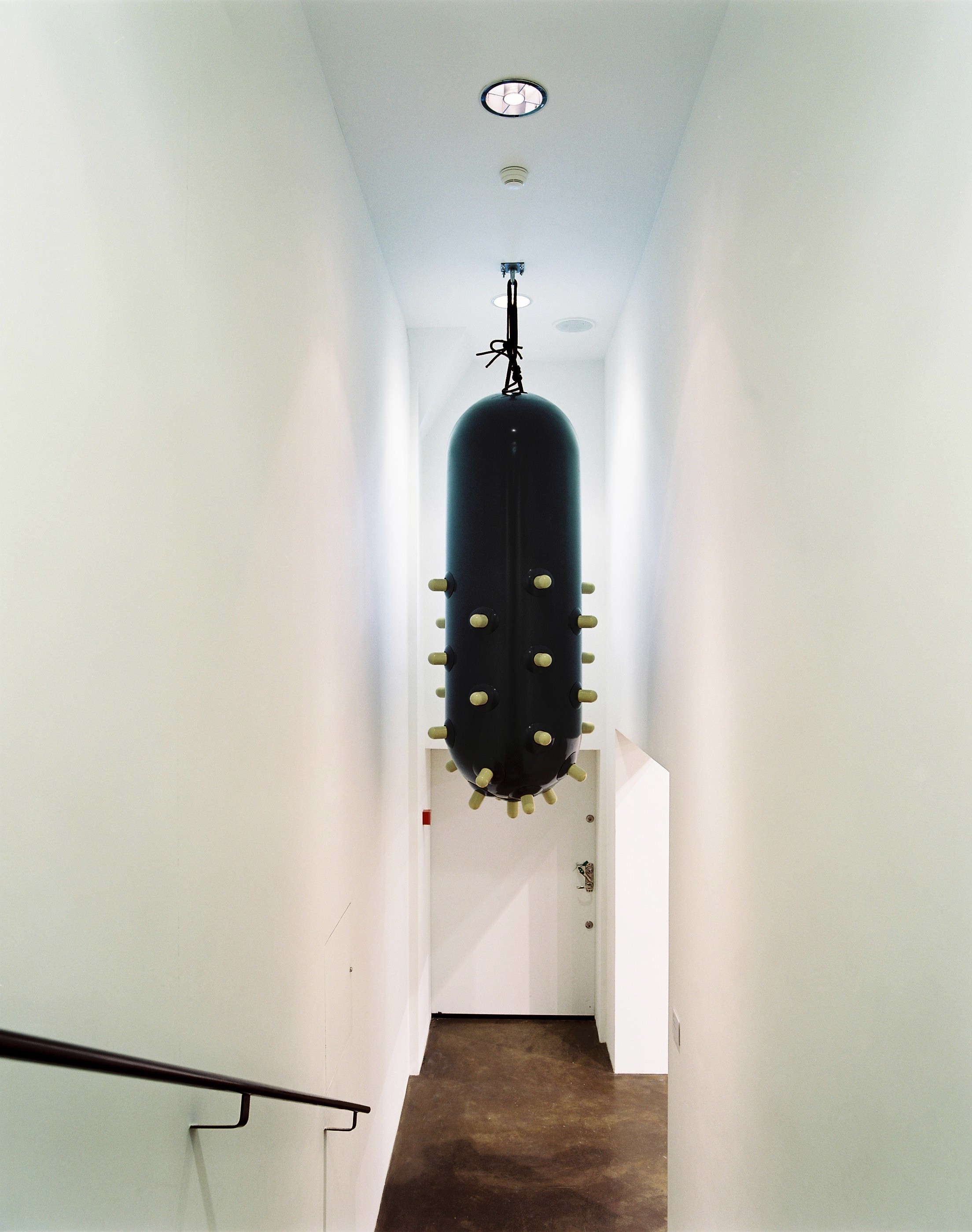 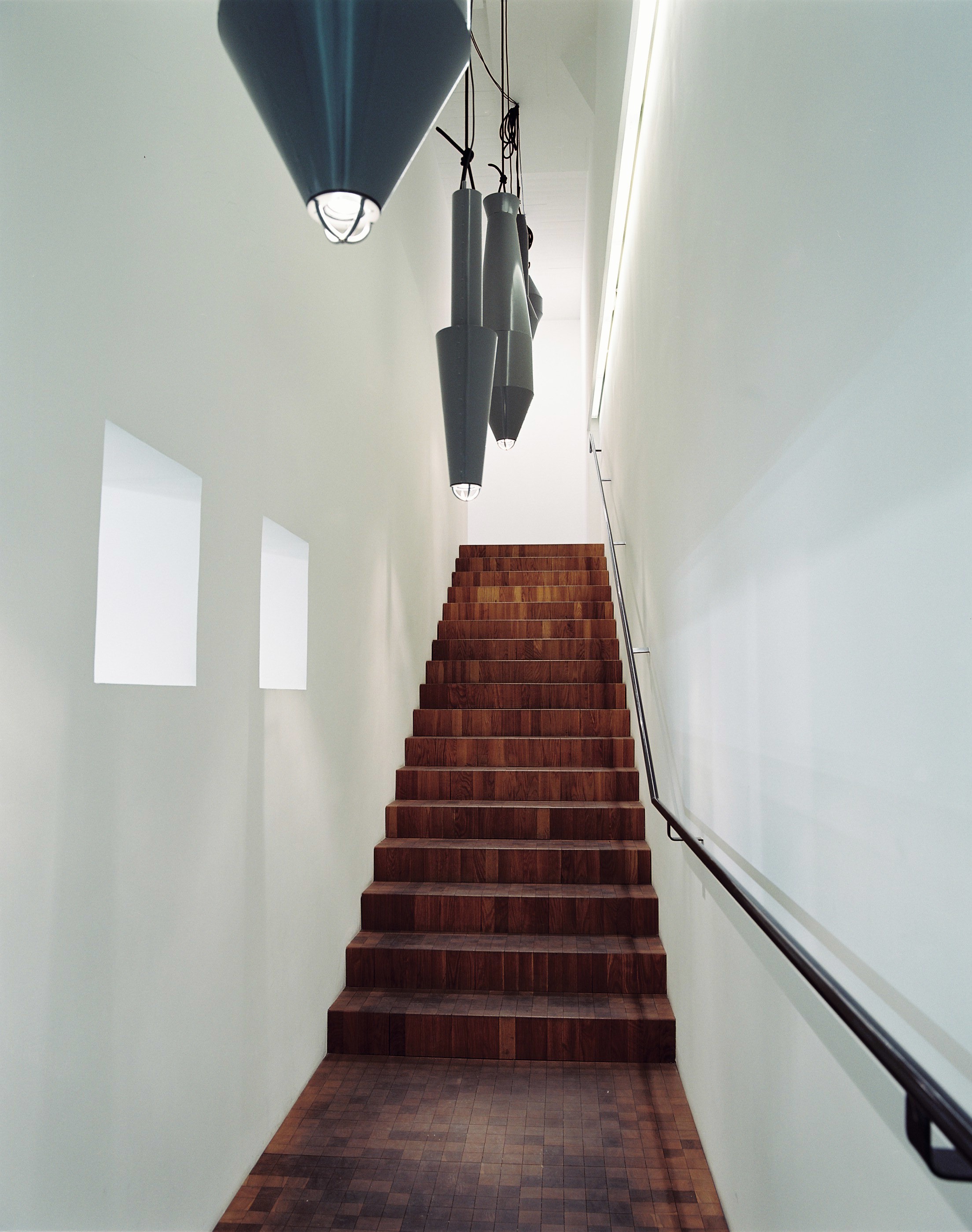 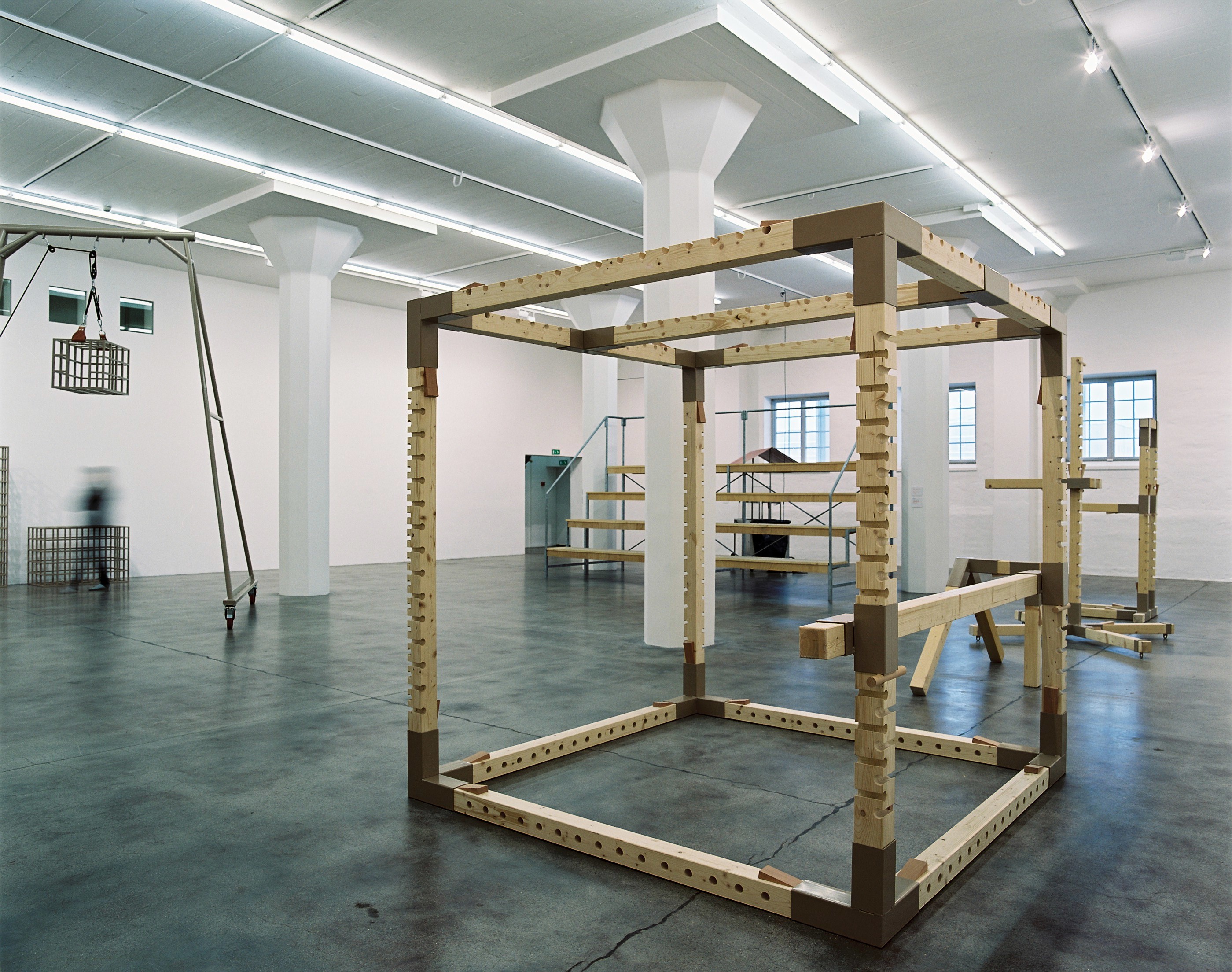 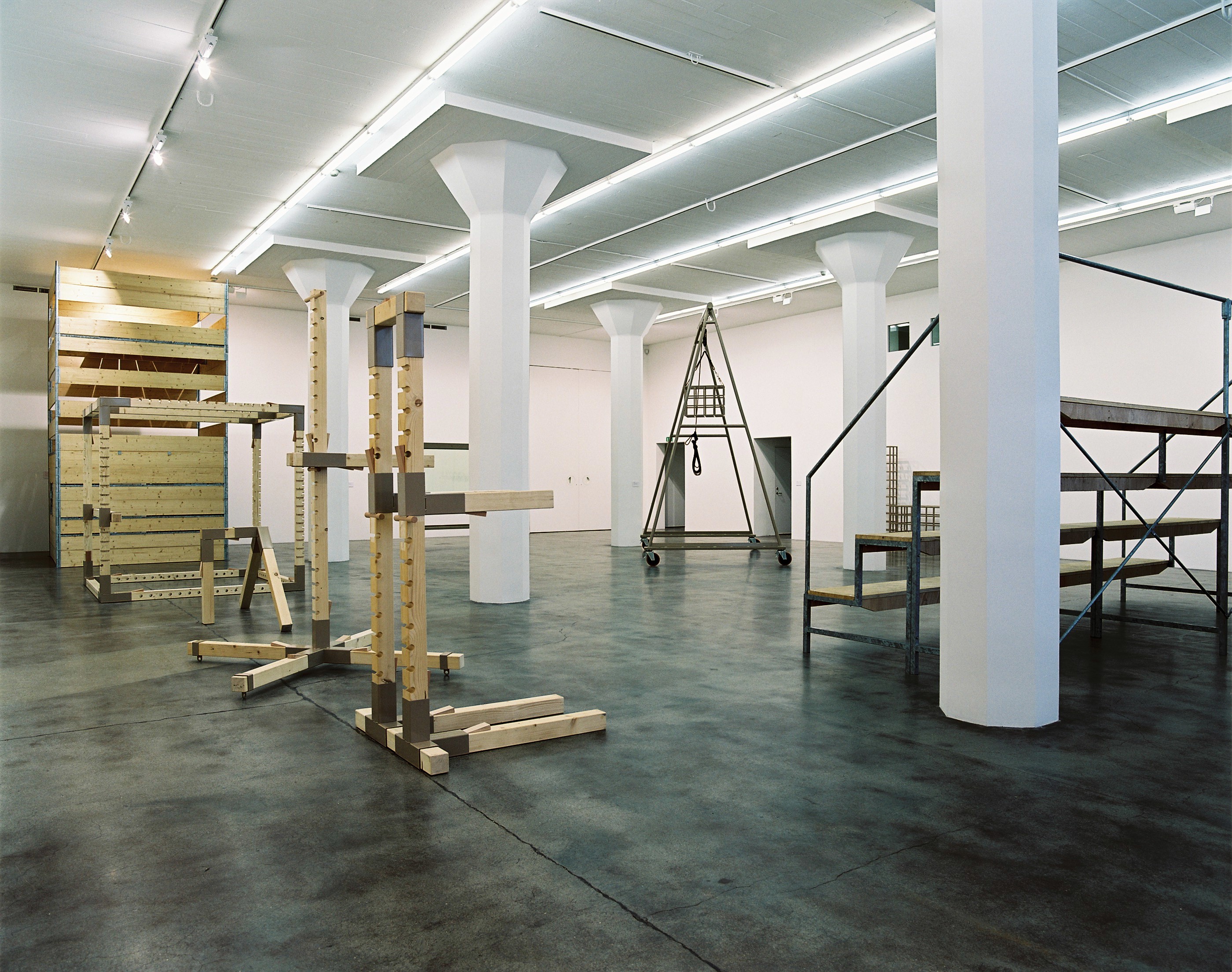 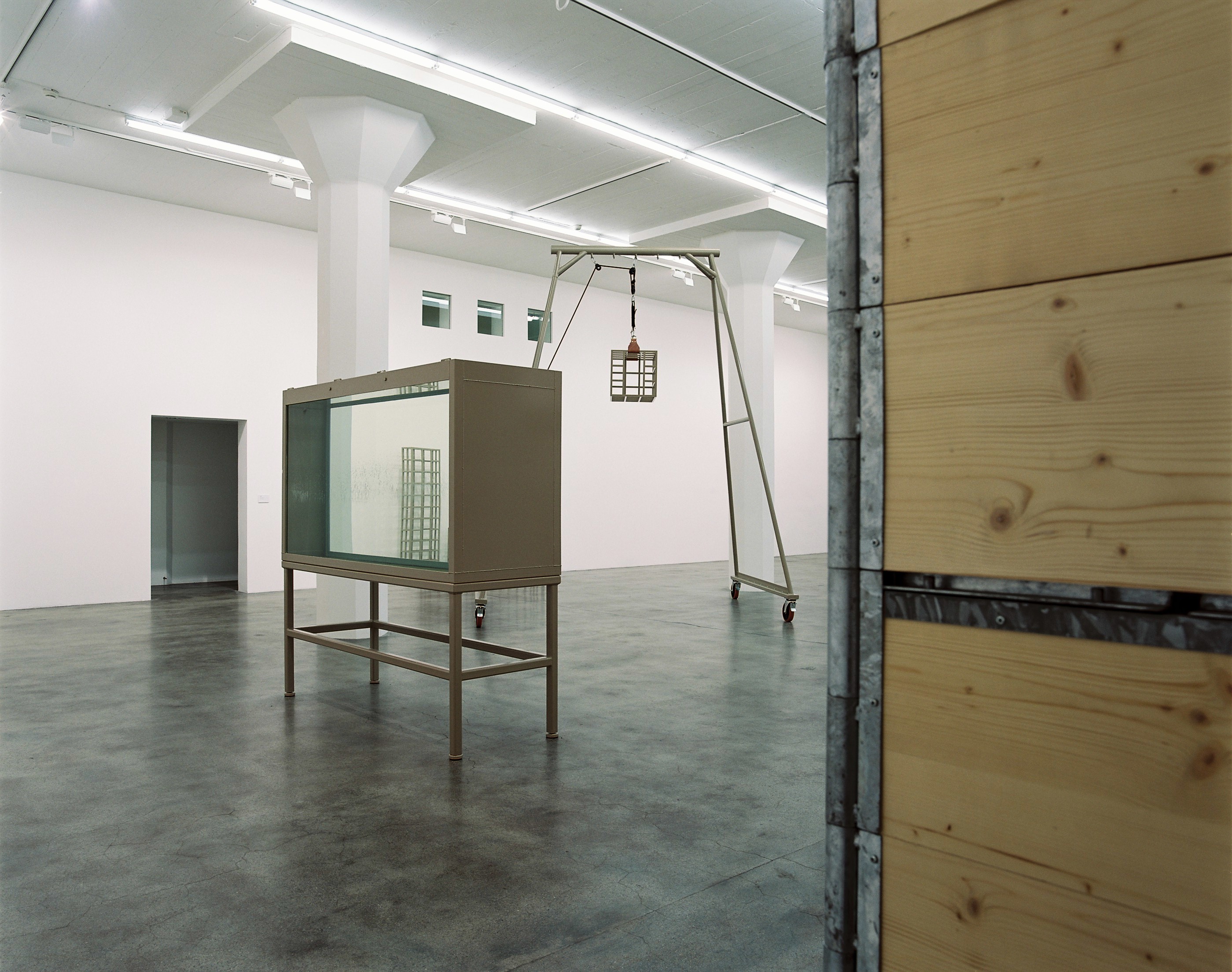 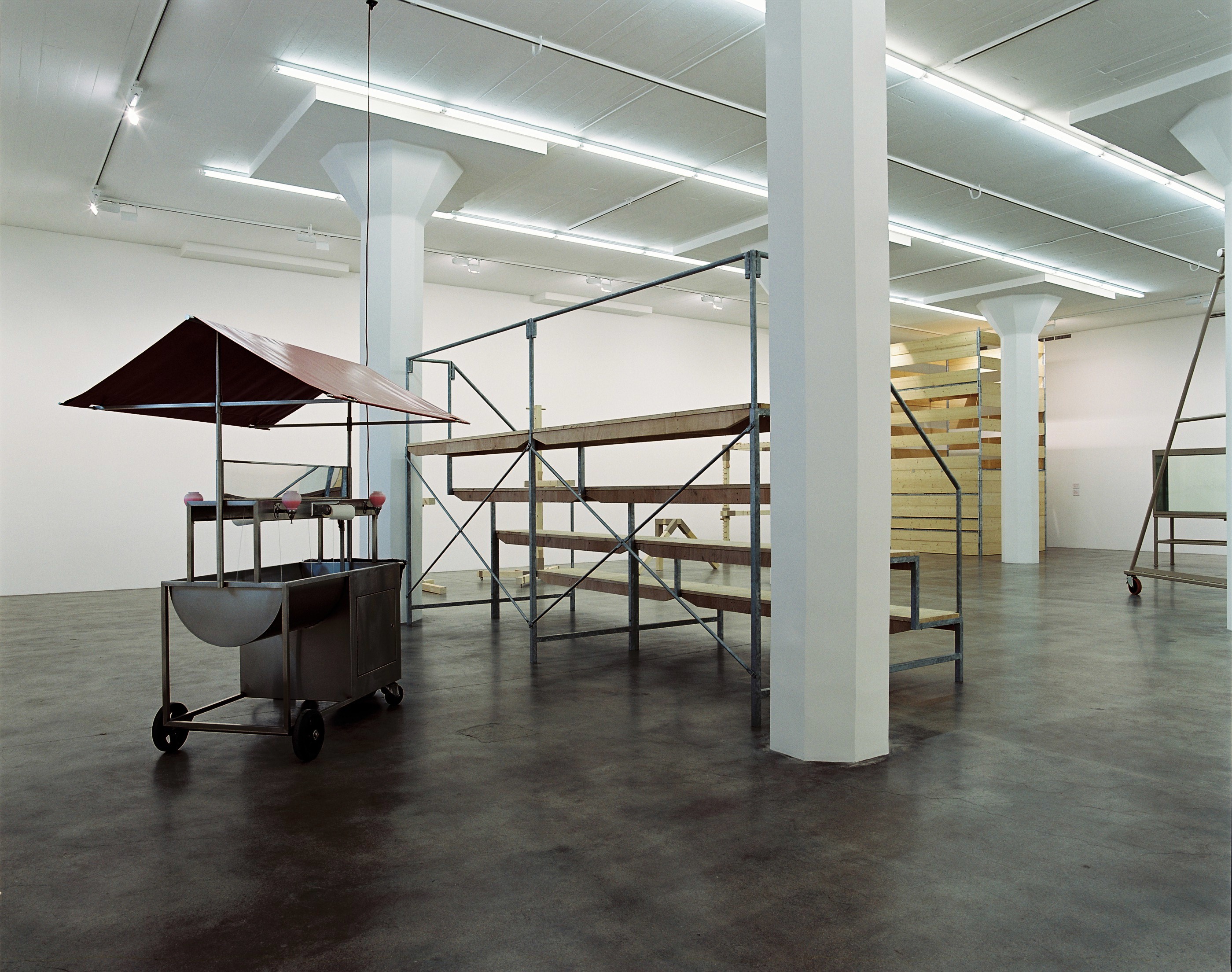 “The city gives you the material but at the same time – the city keeps the control and controls the citizens.”
Fabrice Gygi, from the audio guide

Fabrice Gygi places riot barricades at museums, hangs up bombs so that they resemble chandeliers, and makes a provisional voting booth for an undecided nation. Artist Fabrice Gygi has compared himself to a figurative painter in that he copies objects that he observes in the world around him. Gygi uses their characteristics in forms and materials but displaces their function and context.

At Magasin 3, the rooms are filled with sculptures in industrial and military materials such as stainless steel, tarpaulin, and tension straps.Gygi critiques authoritarian systems in our culture by studying everyday architecture and ordinary objects. He questions the police’s preparations ahead of expected riots and our obsession with feeling secure. His objects demand reflection.

Confusing resemblances emerge between an object made for torture and a monkey bar, between a refugee camp and a structure for housing a party. The same ambivalence is found the new work in two parts, Aquarium (2006) and Chèvre (2006), that the artist has created for the exhibition at Magasin 3. Are they intended for torture or are they playful?

A solo exhibition of Fabrice Gygi’s works is currently showing at the Orange County Museum of Art in Newport Beach, California. Recently his works have been shown separately at Kunstmuseum St.Gallen and Musee d’art moderne et contemporain (Mamco), Geneva. The exhibition at Magasin 3 Stockholm Konsthall is supported by Pro Helvetia – Arts Council of Switzerland.