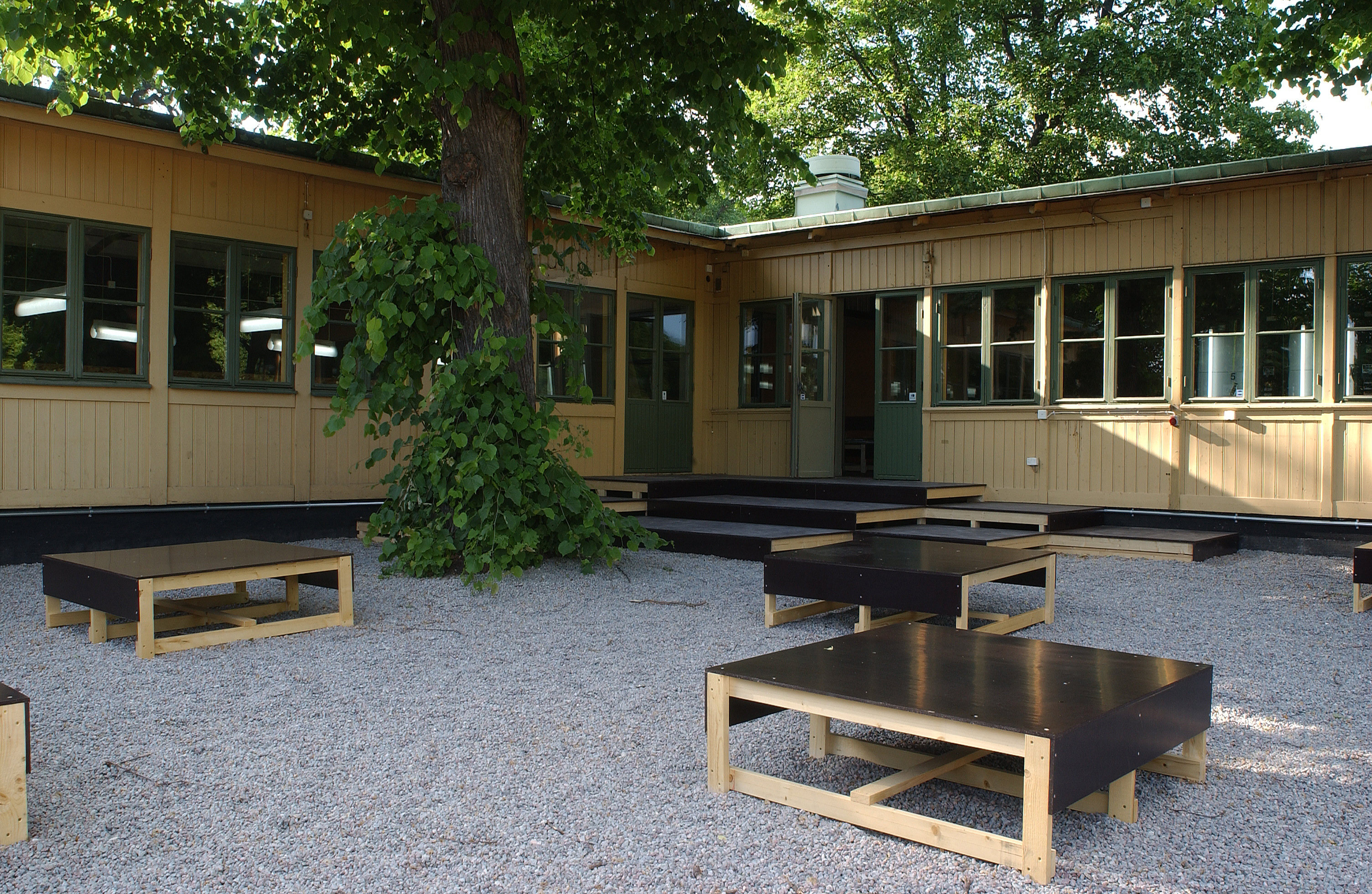 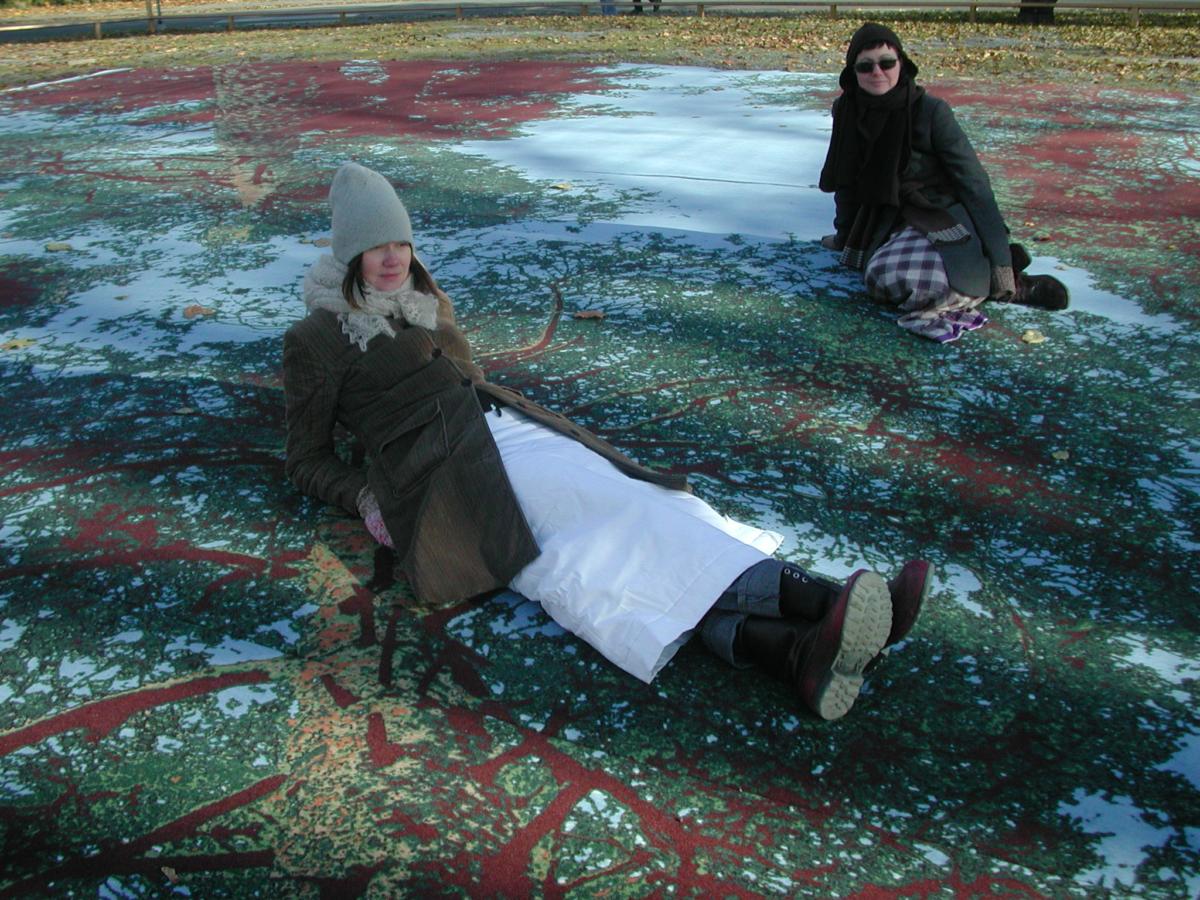 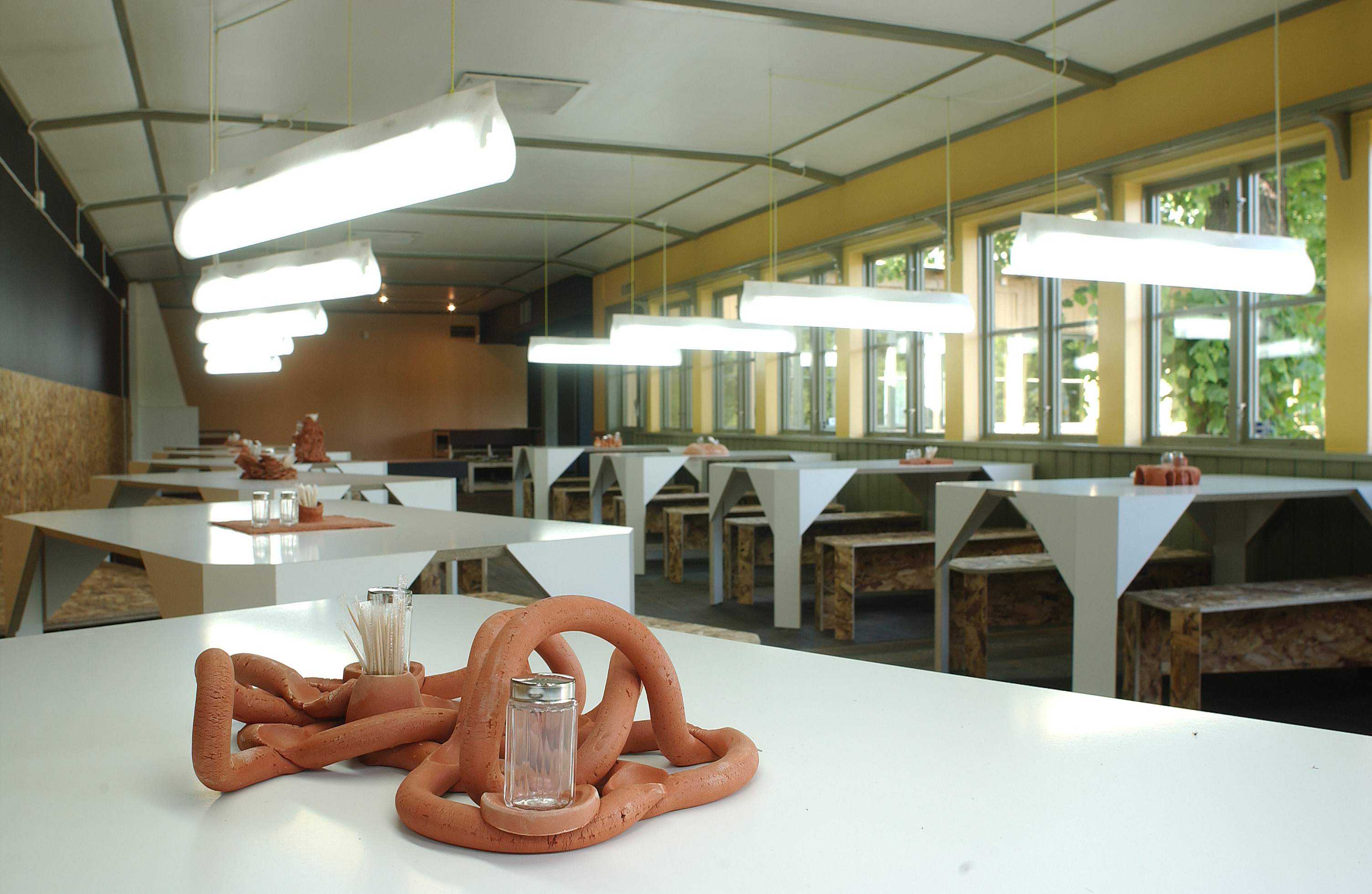 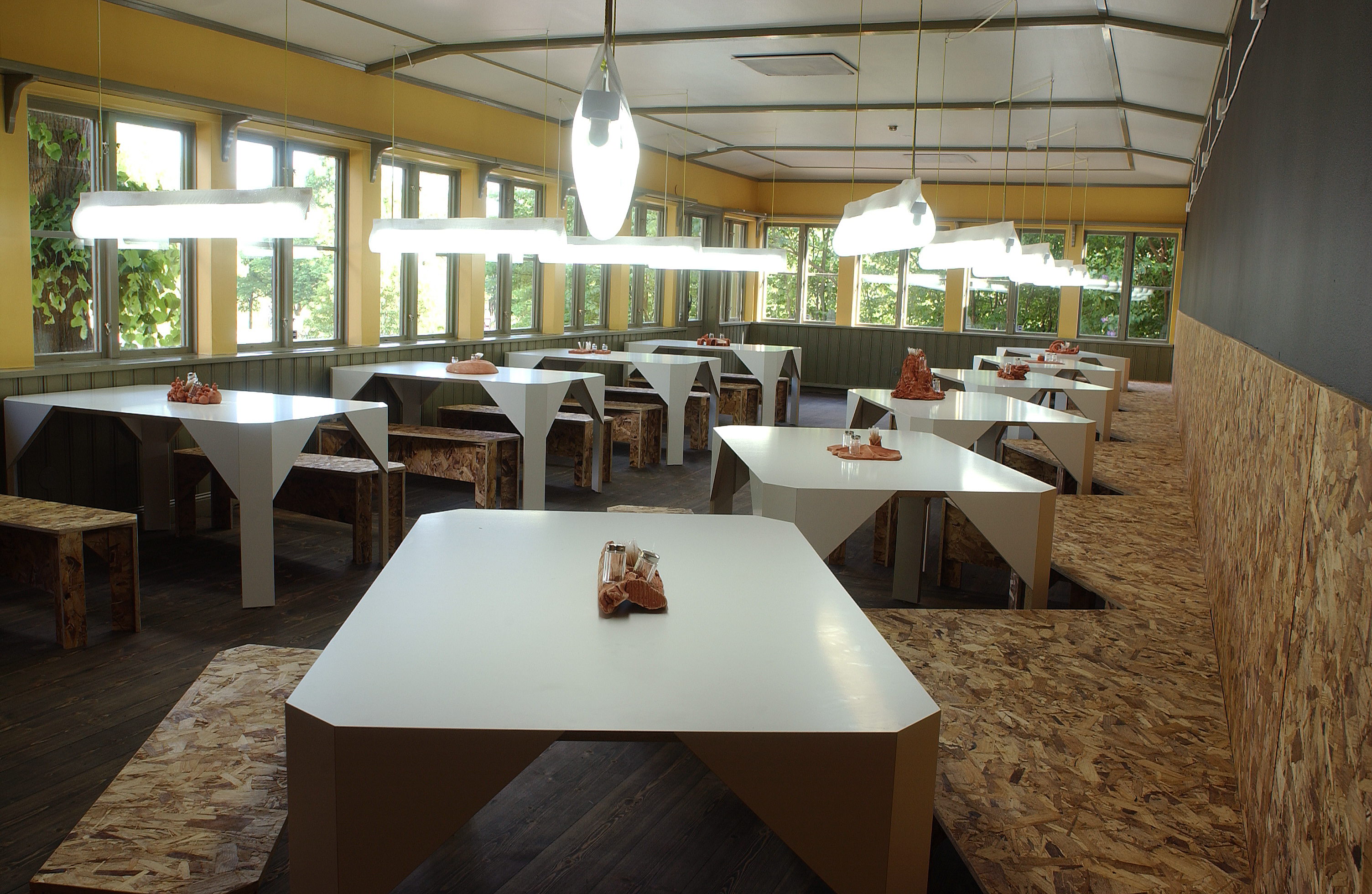 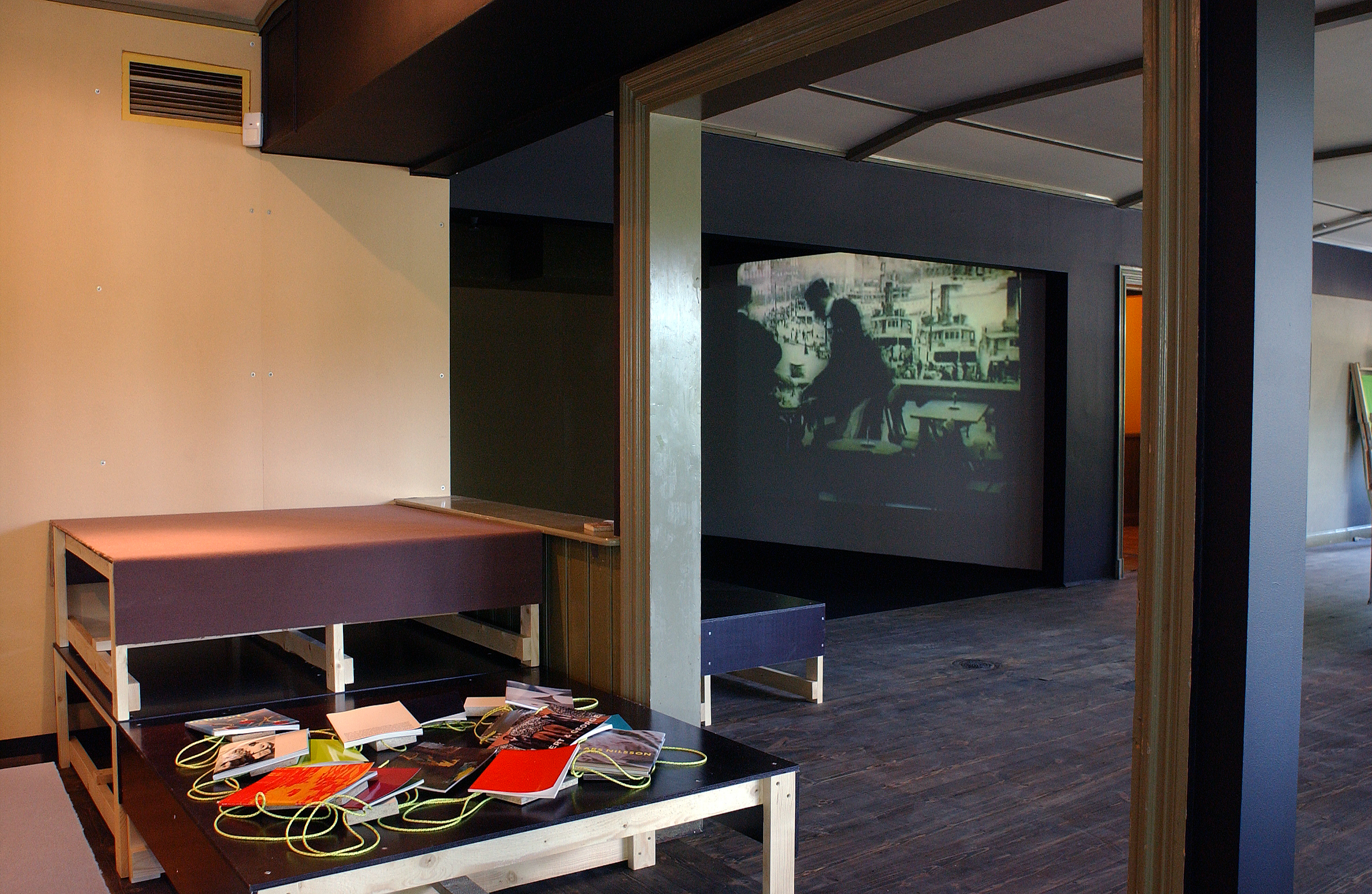 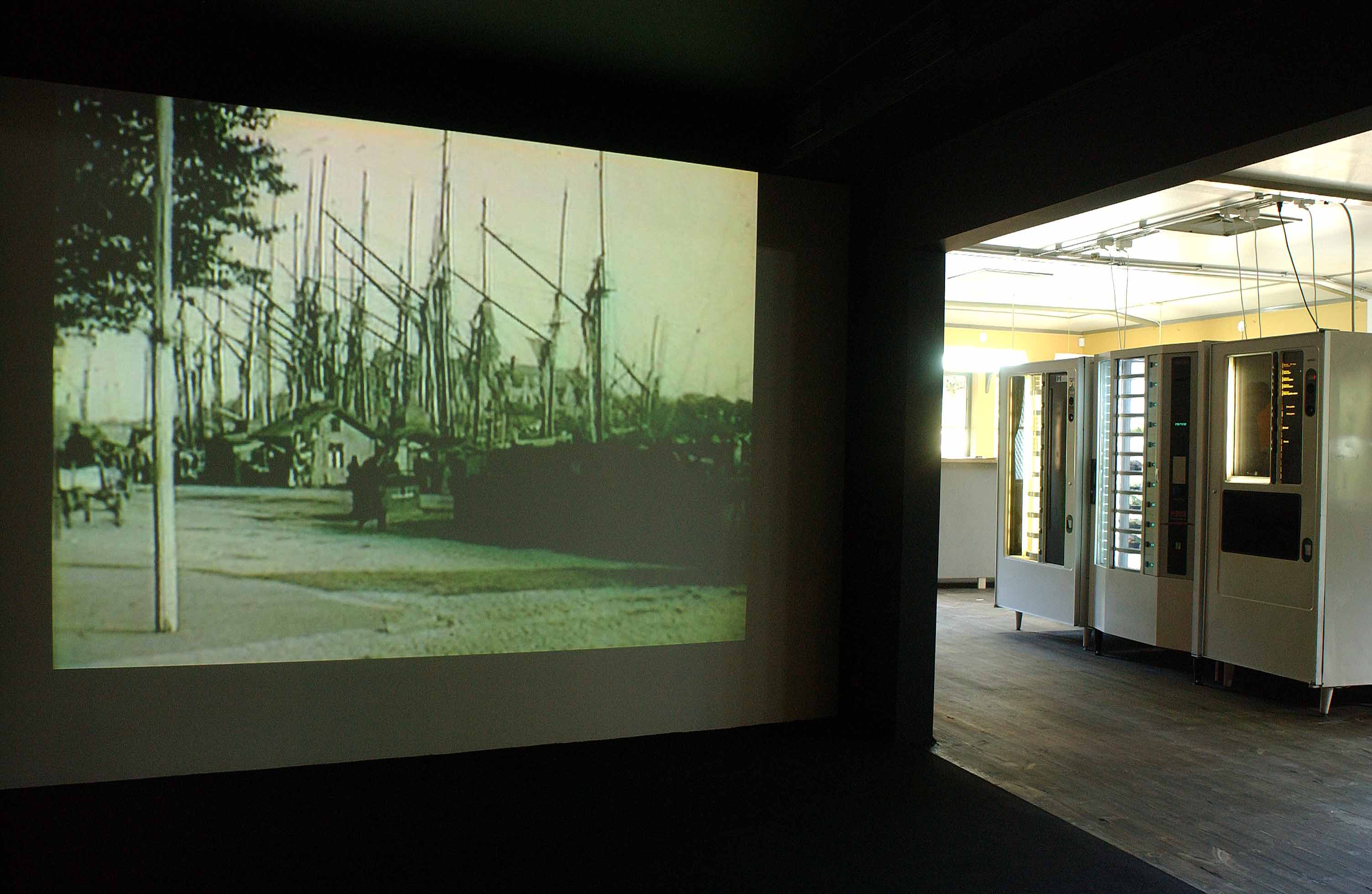 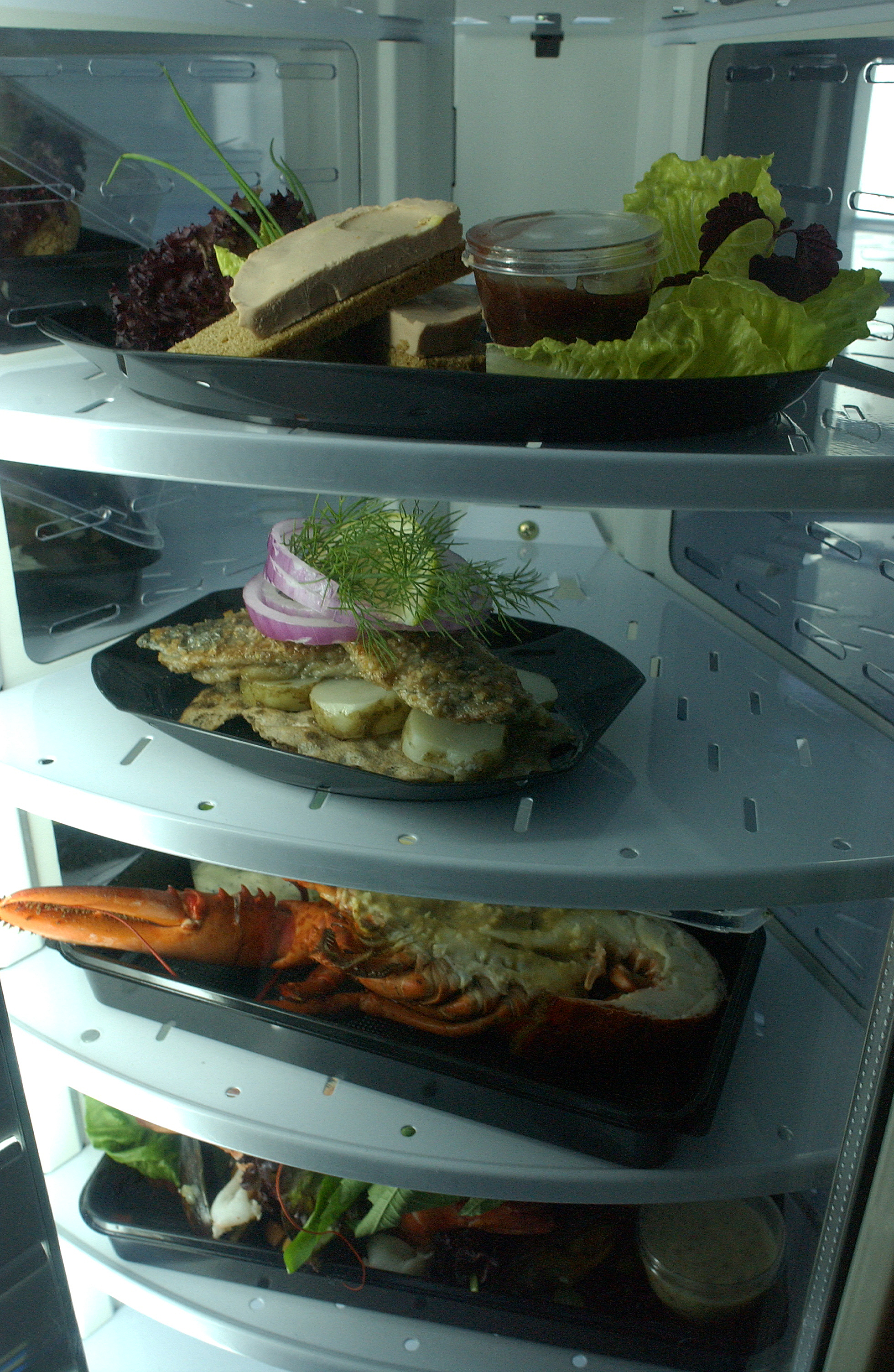 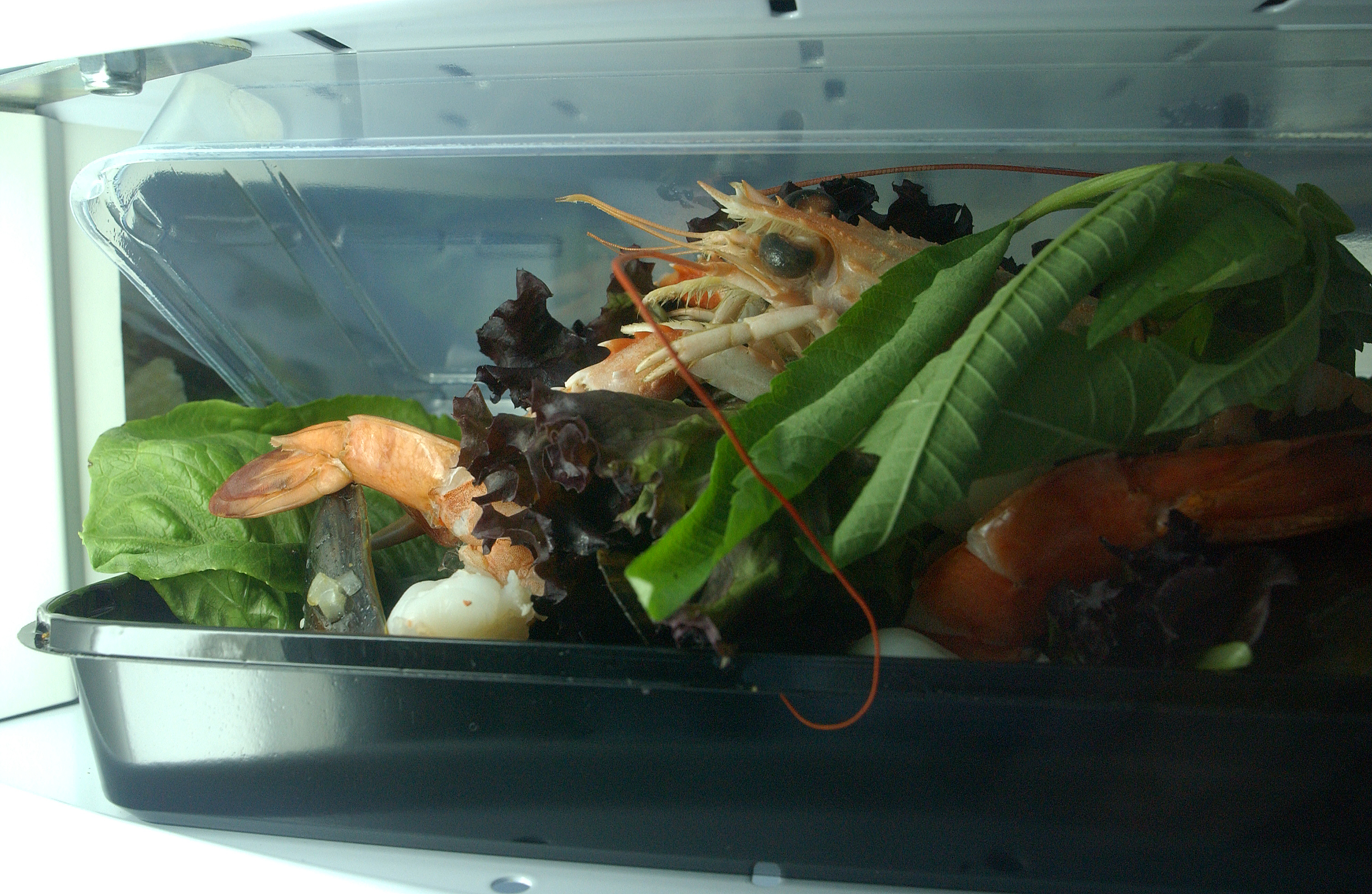 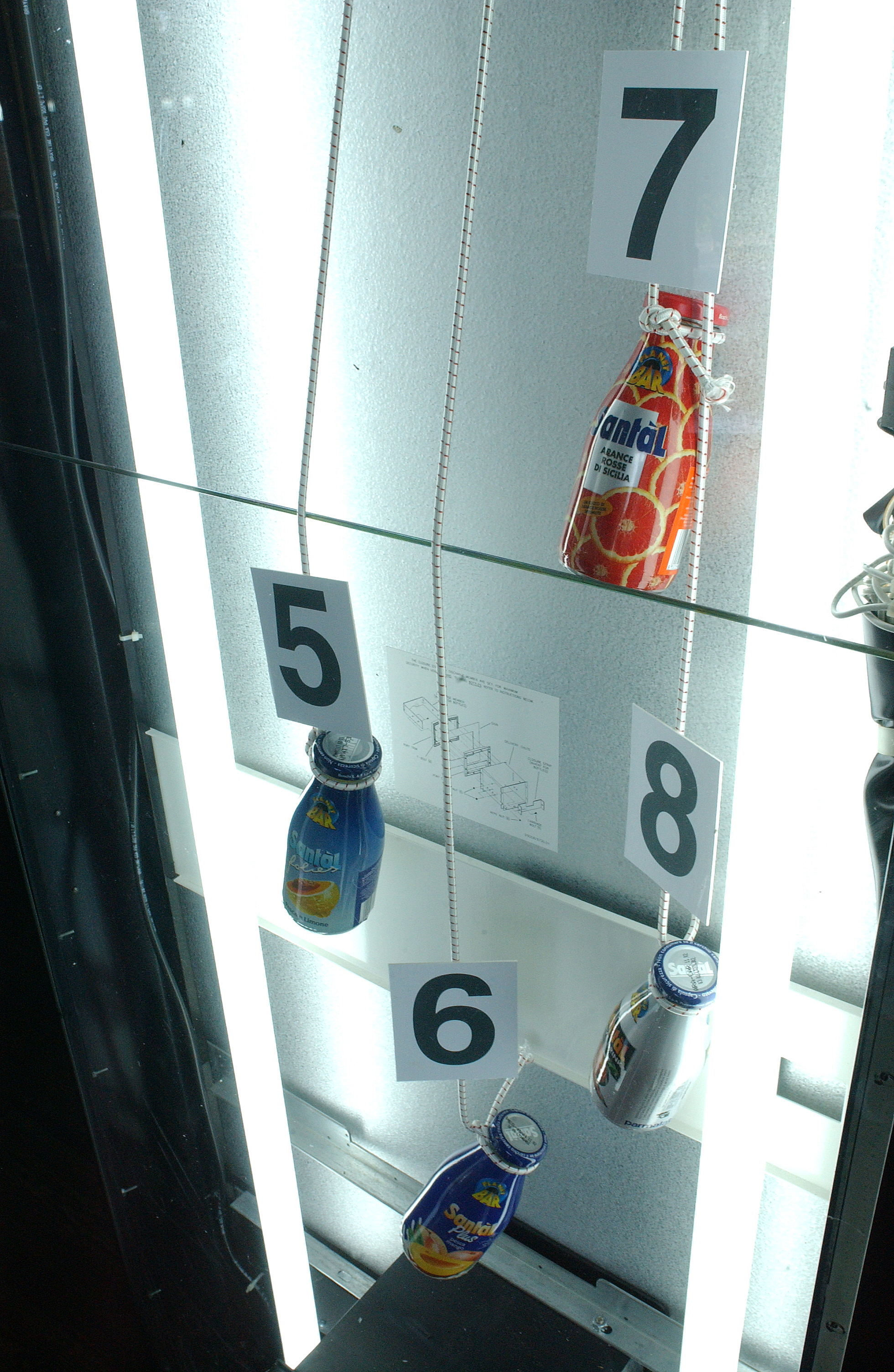 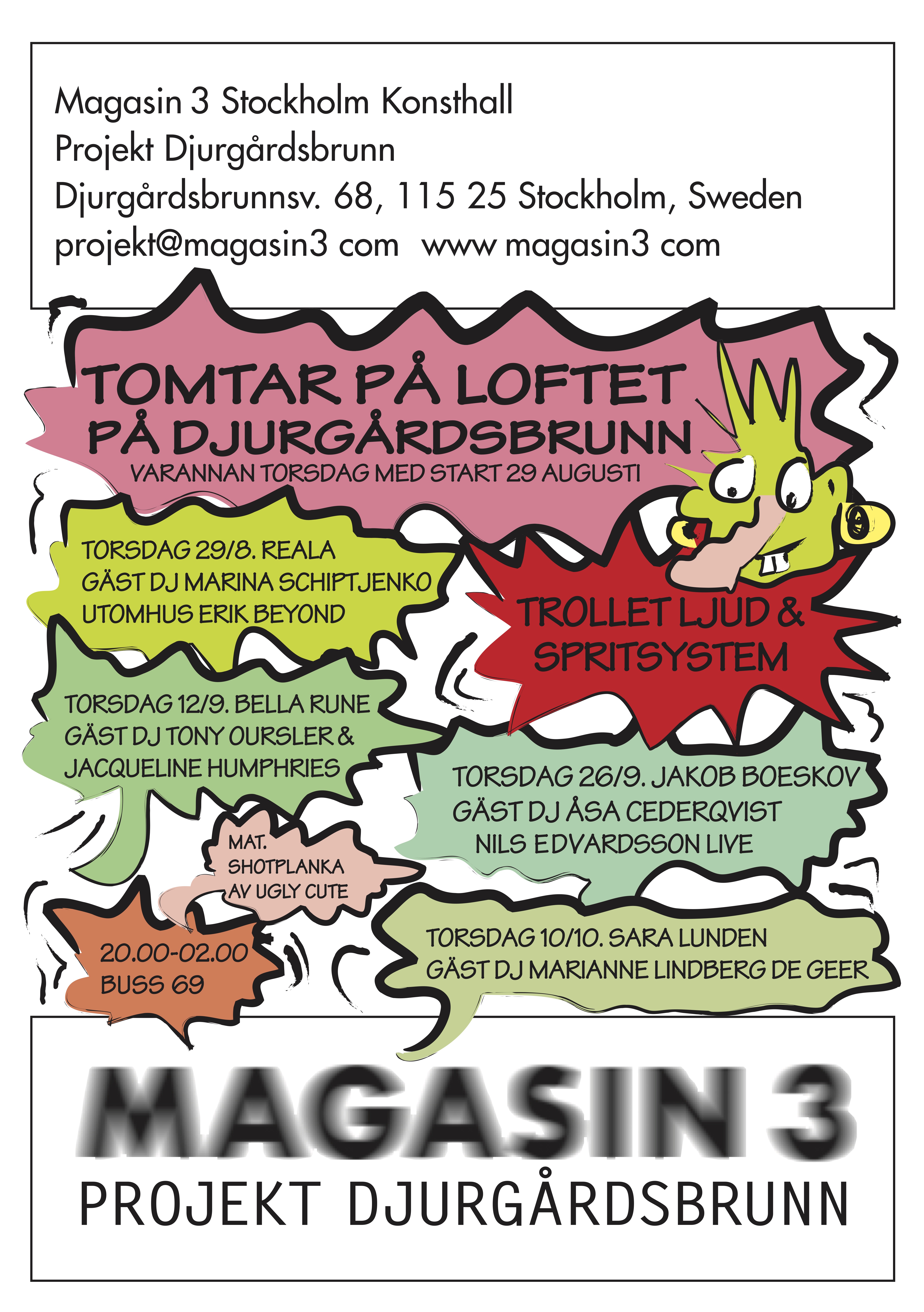 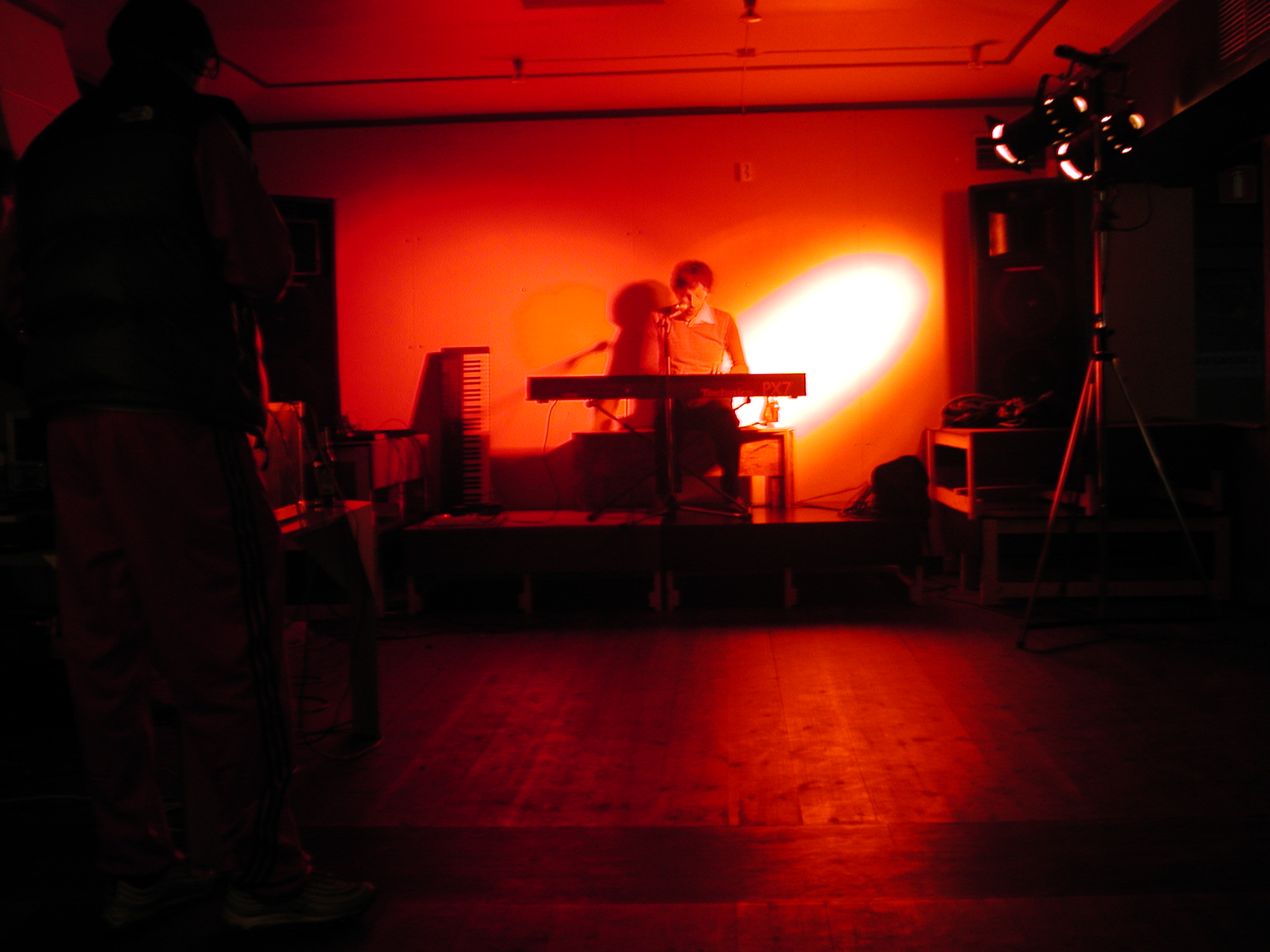 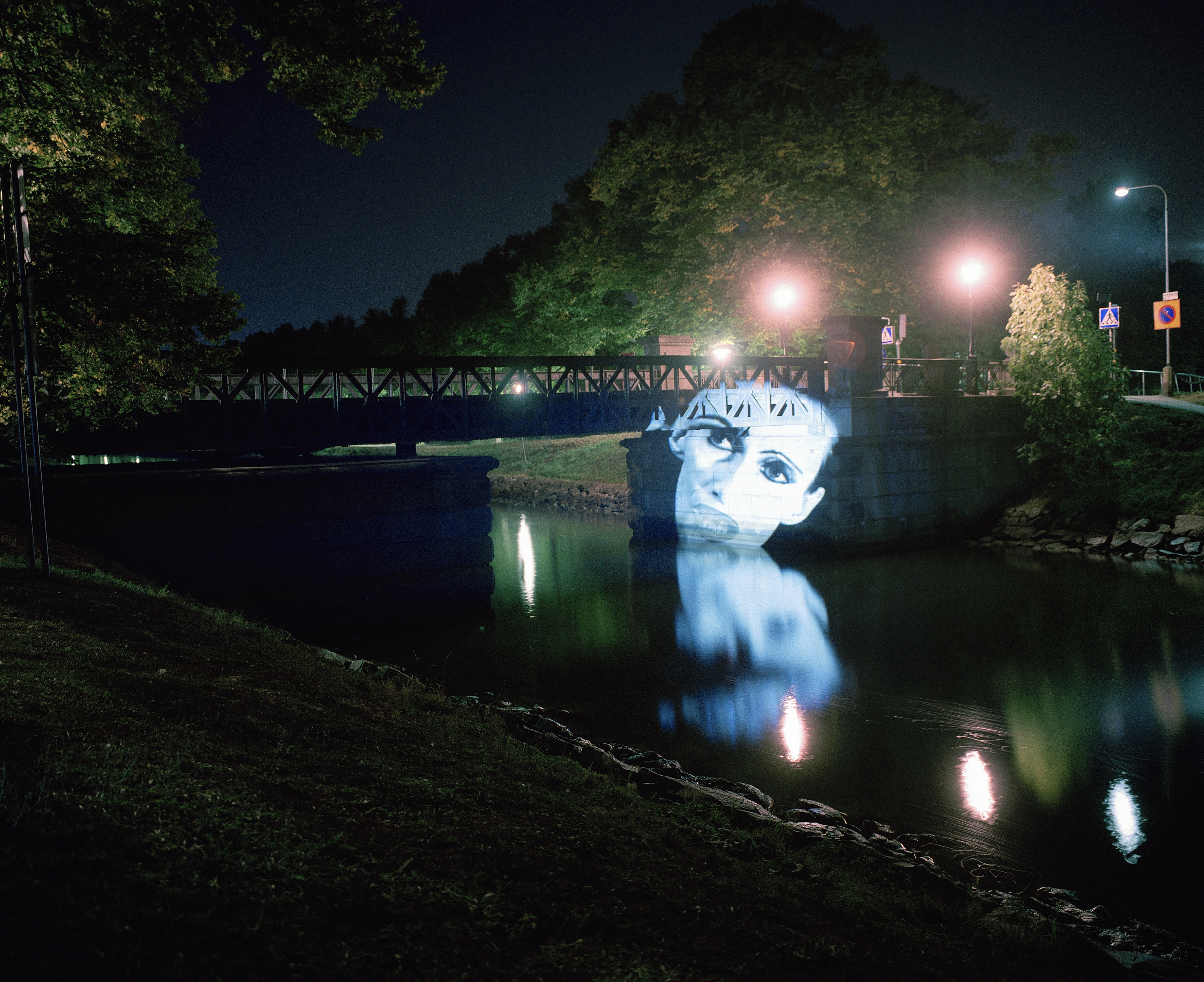 For the opening in June 2002 the Swedish design group Uglycute was commissioned to create an interior, within the existing building, with functions for film, food and bar, which accentuated the feeling of an experimental and temporary working place in progress. The concept was formed by their motto of ‘respecting by ignoring’ and resulted in furniture and self-service by automatic vending machines for the kitchen’s gourmet food, 10 – 200 kronor. In the screening room films were shown non-stop, covering areas such as art, music, fashion, design and architecture. Each program ran for four weeks. Art projects by Tony Oursler and the group Raketa were presented both within and in relation to the exhibition program of Magasin 3 Stockholm Konsthall. 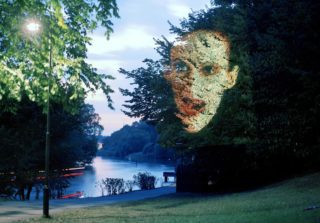 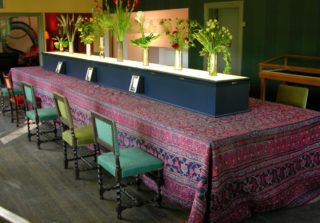 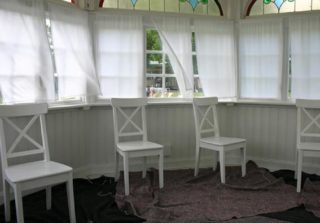