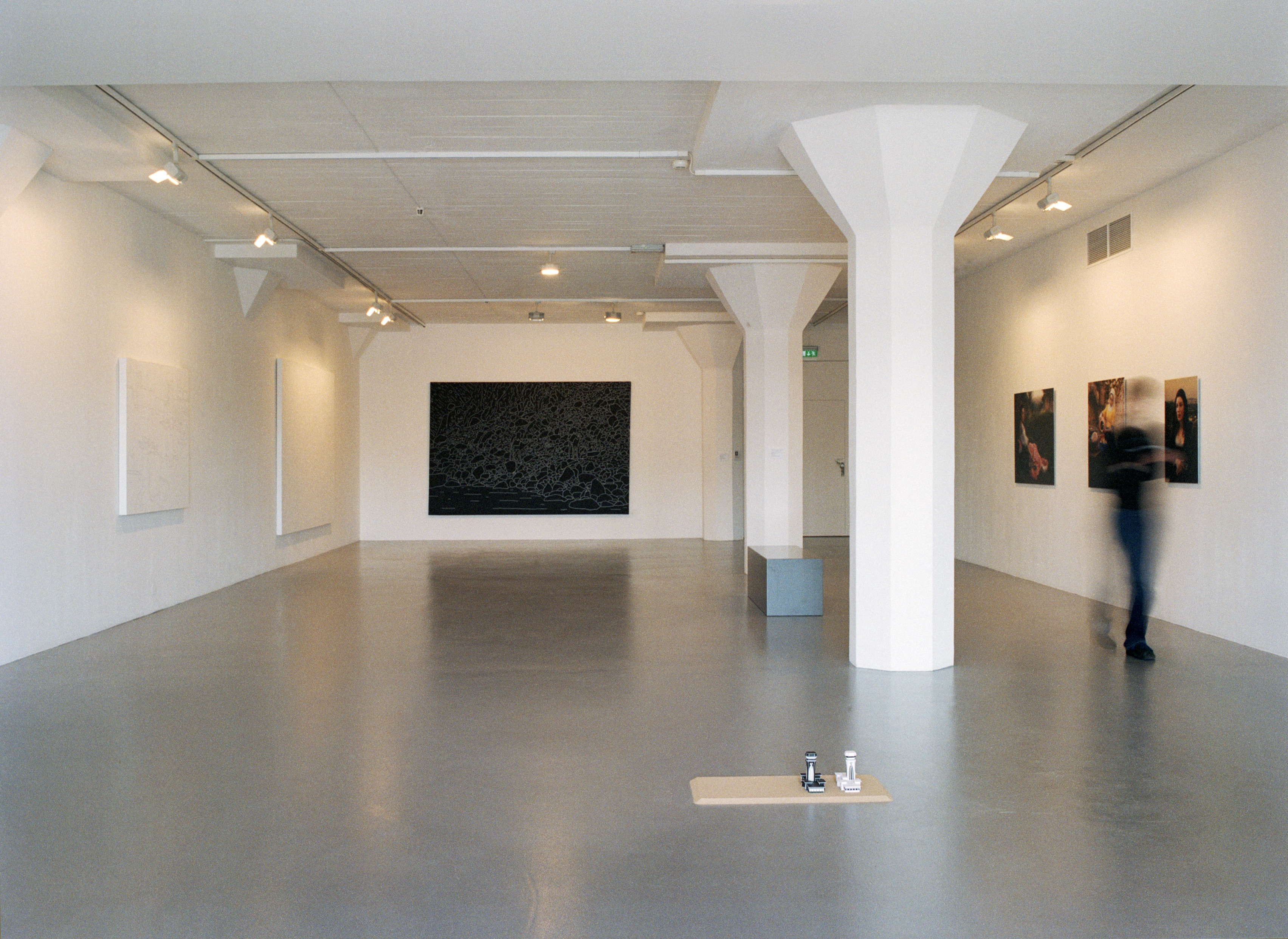 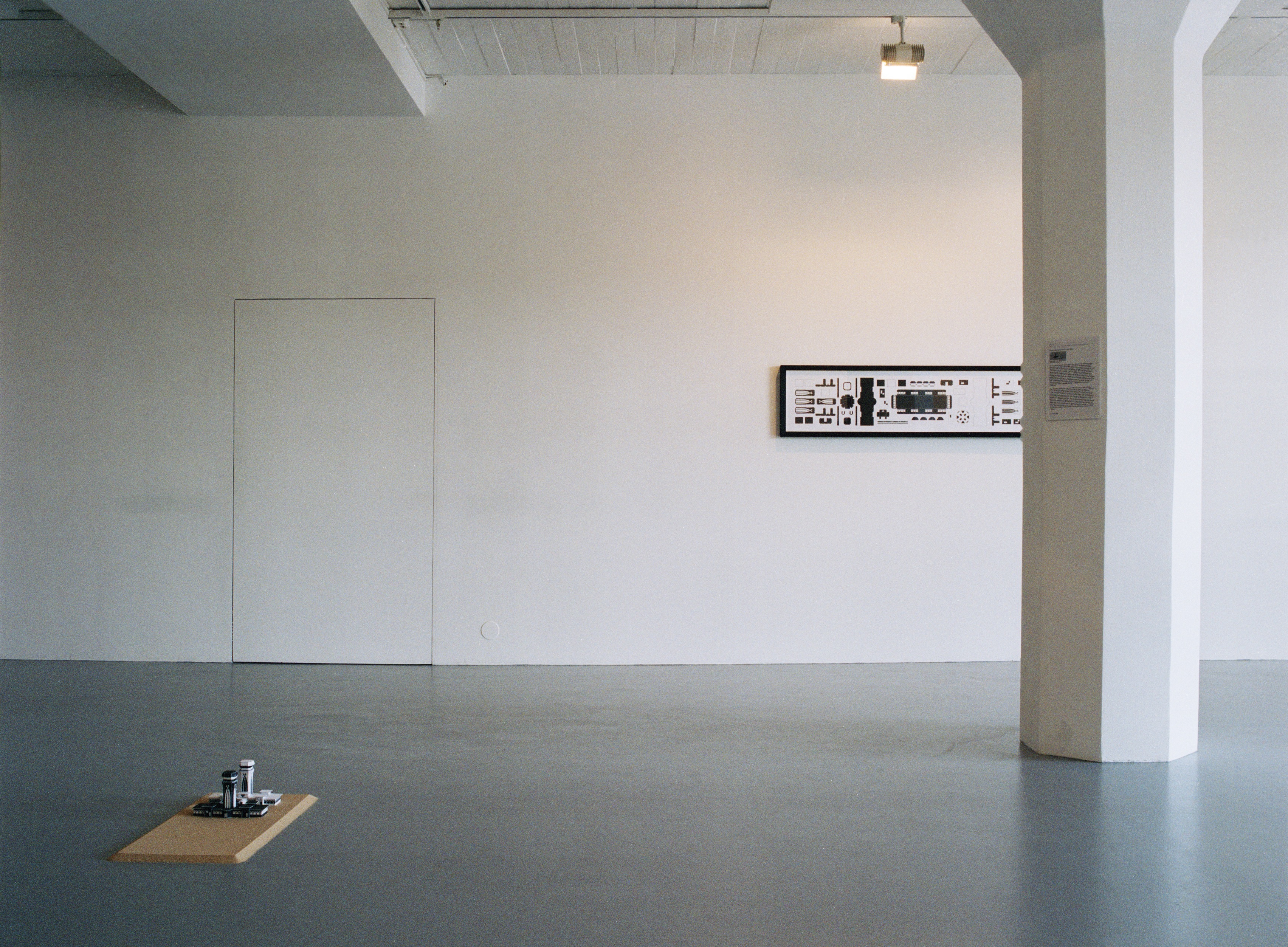 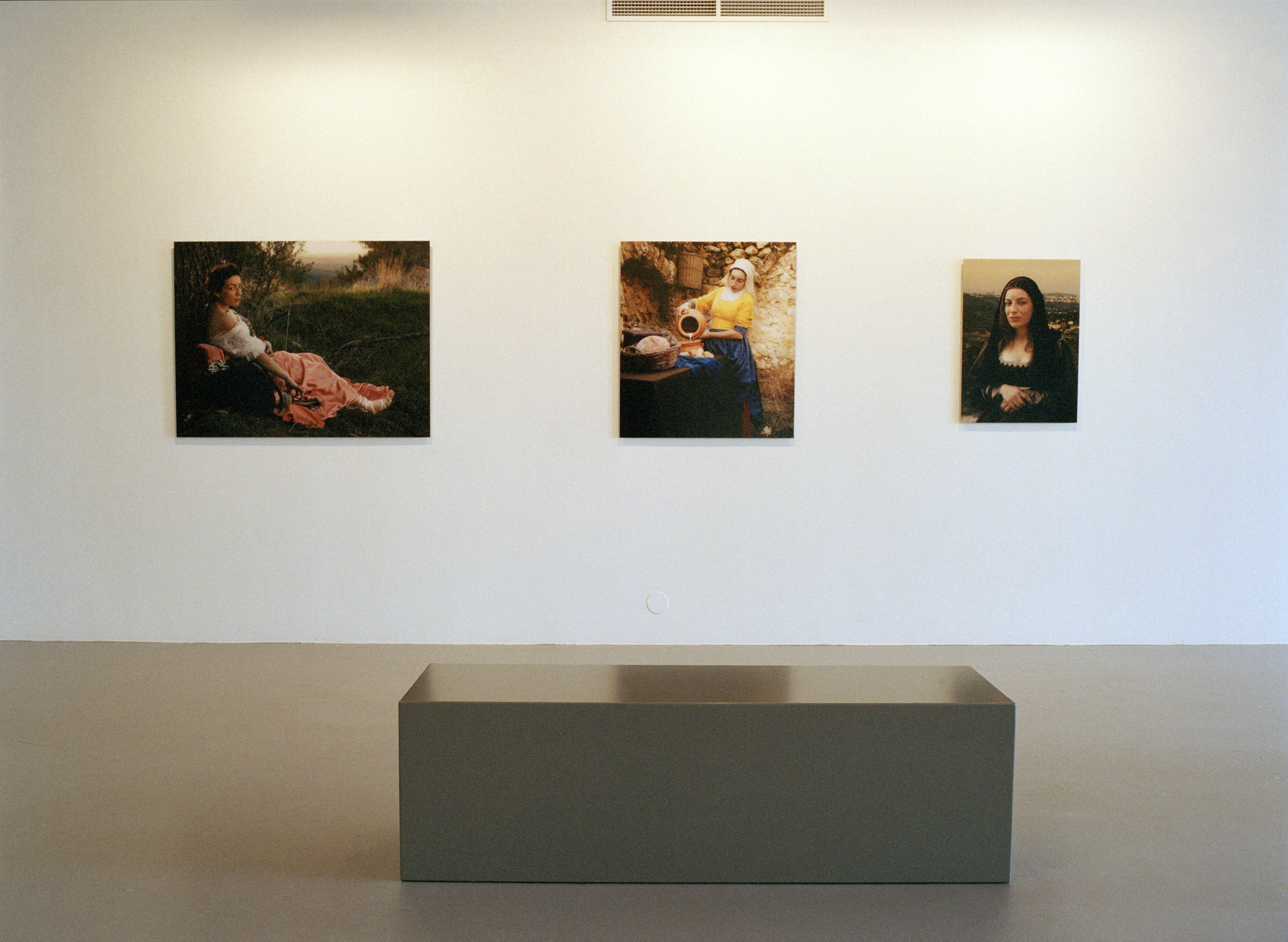 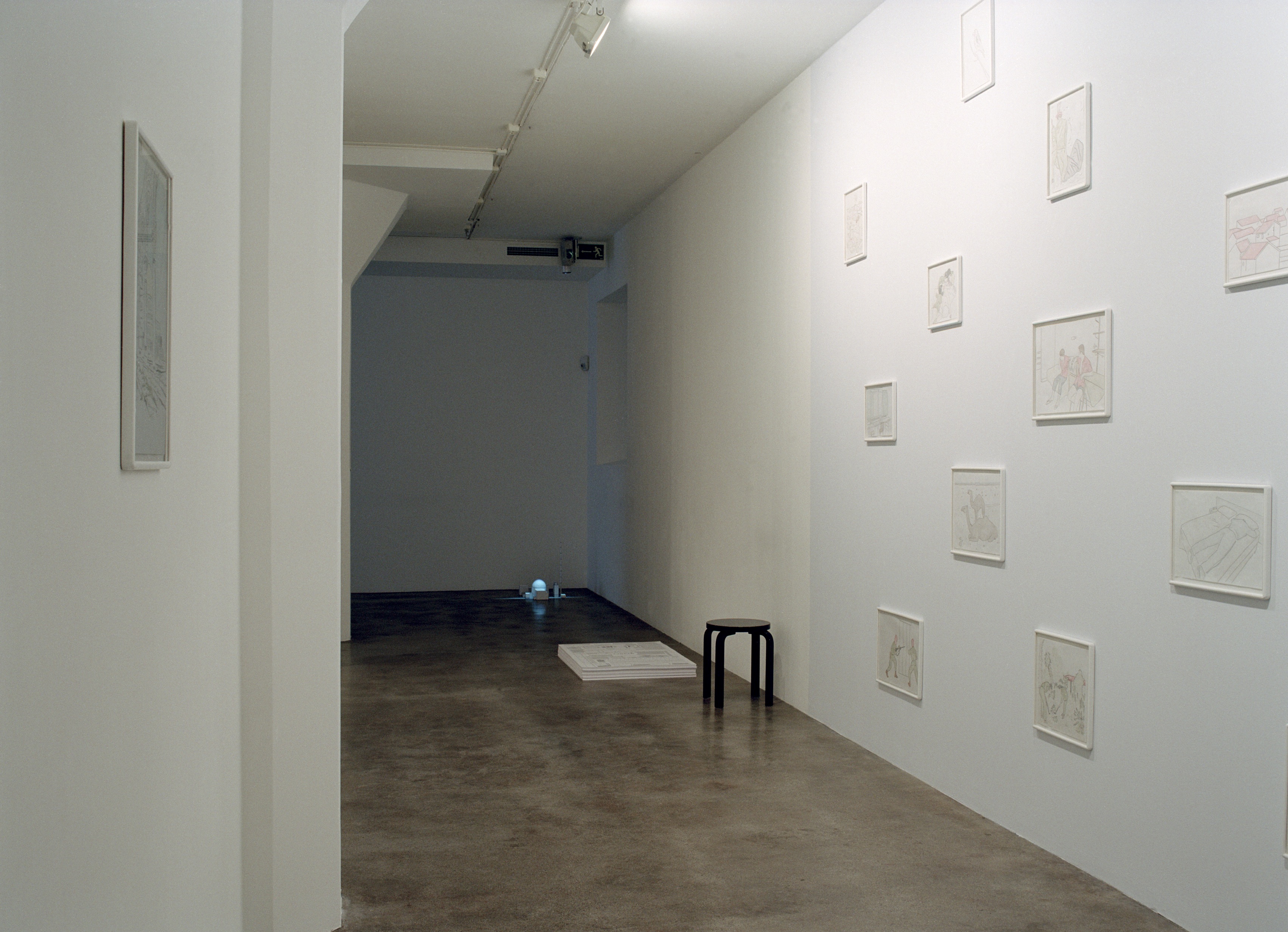 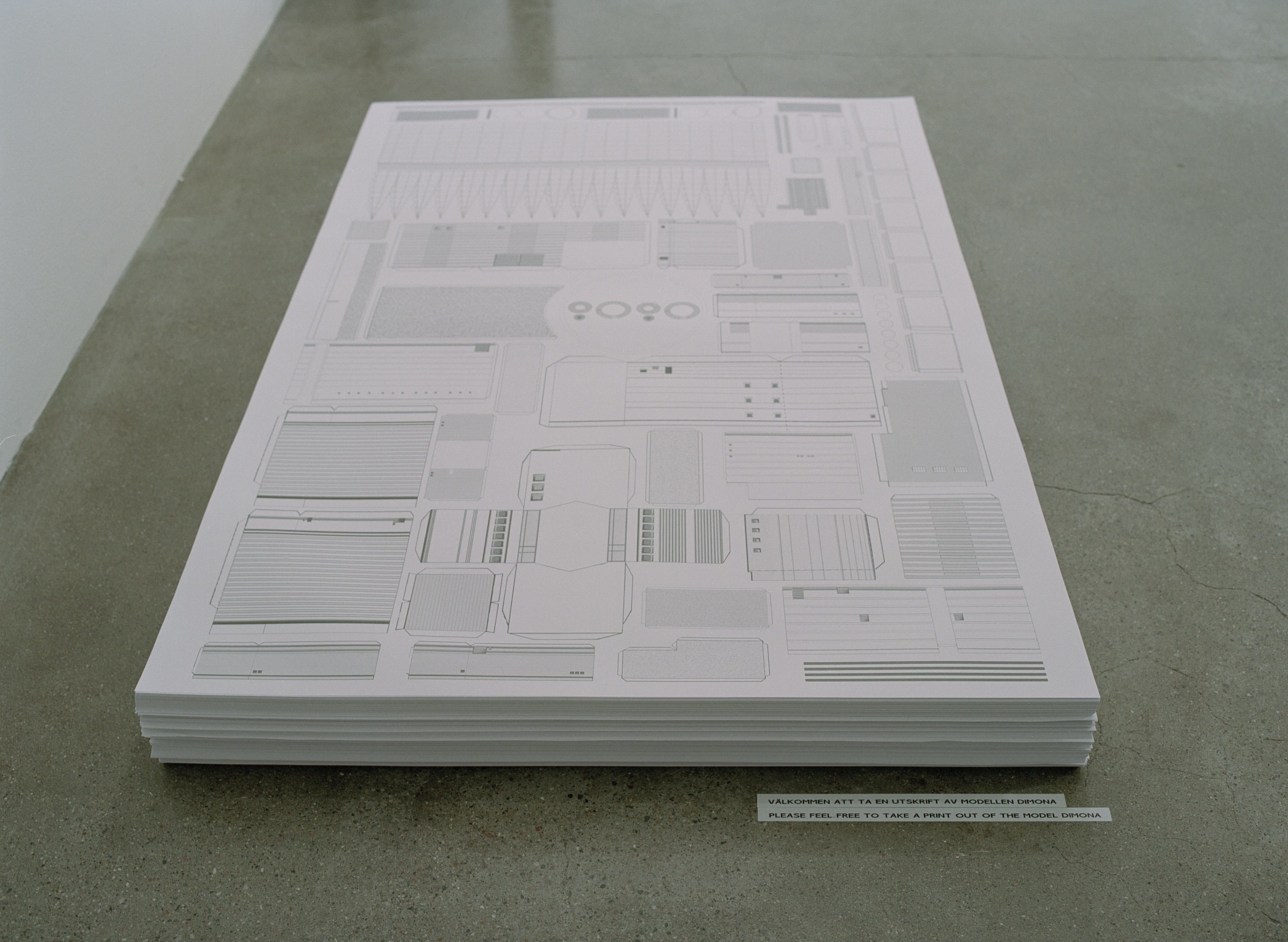 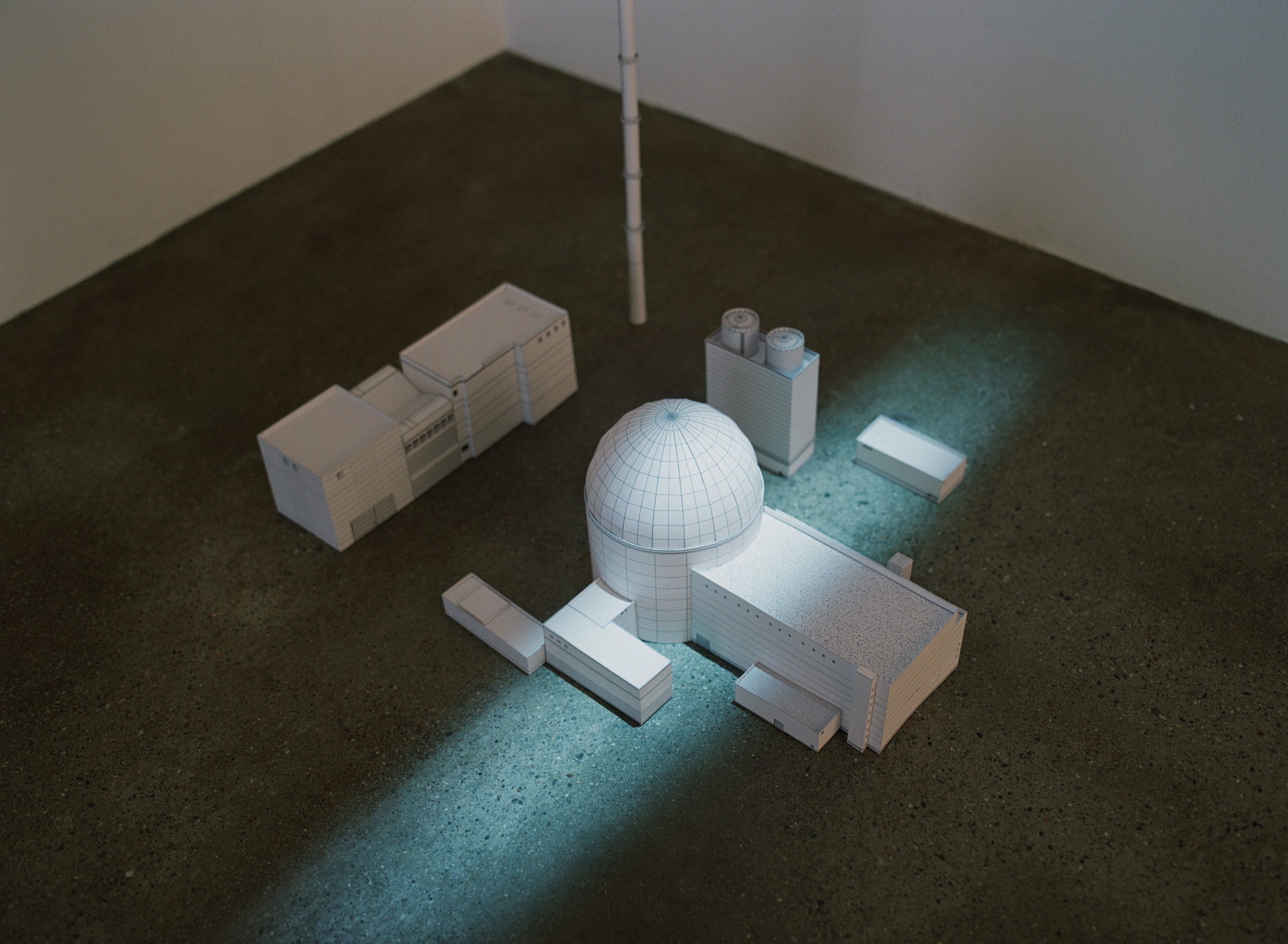 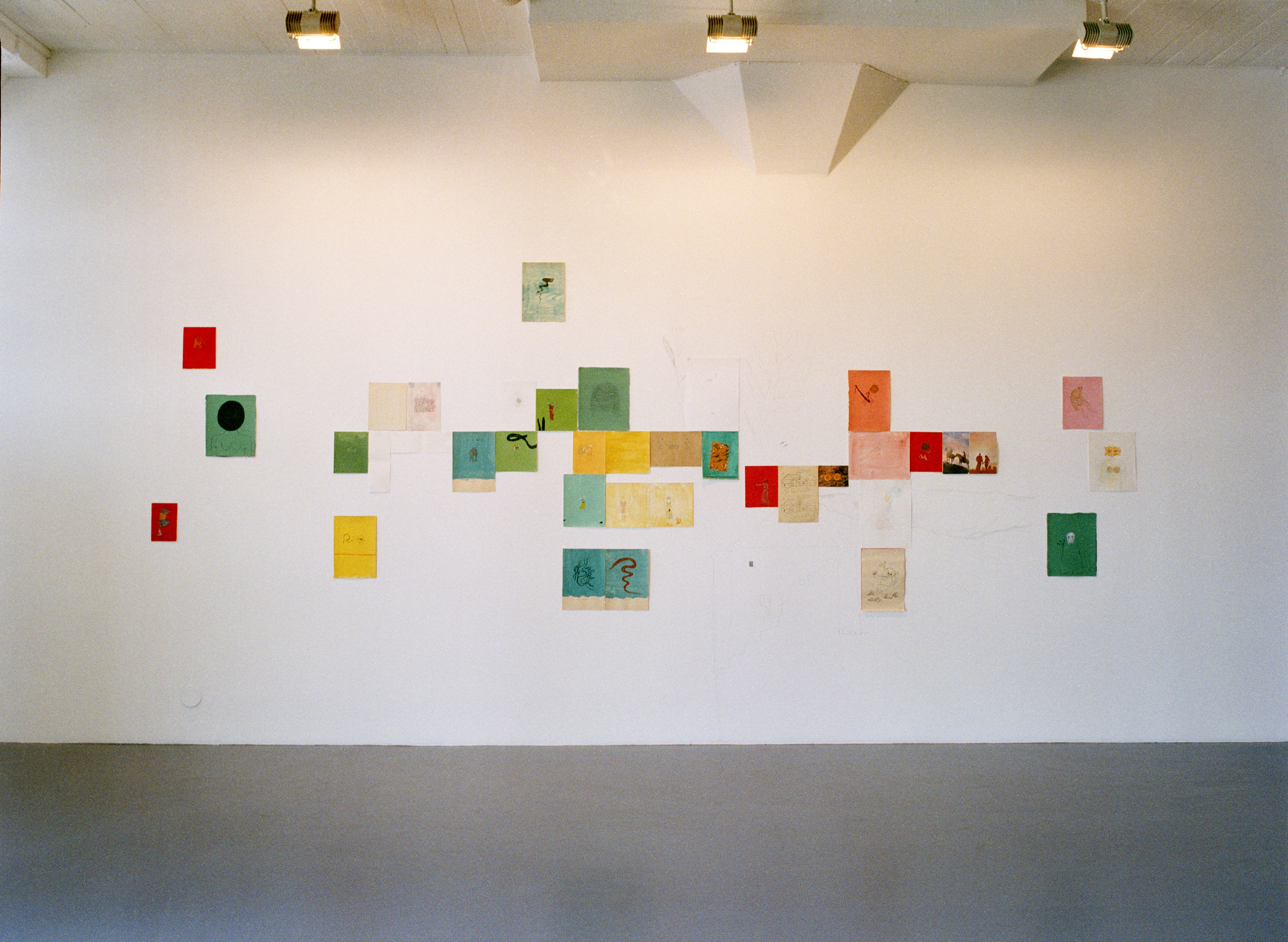 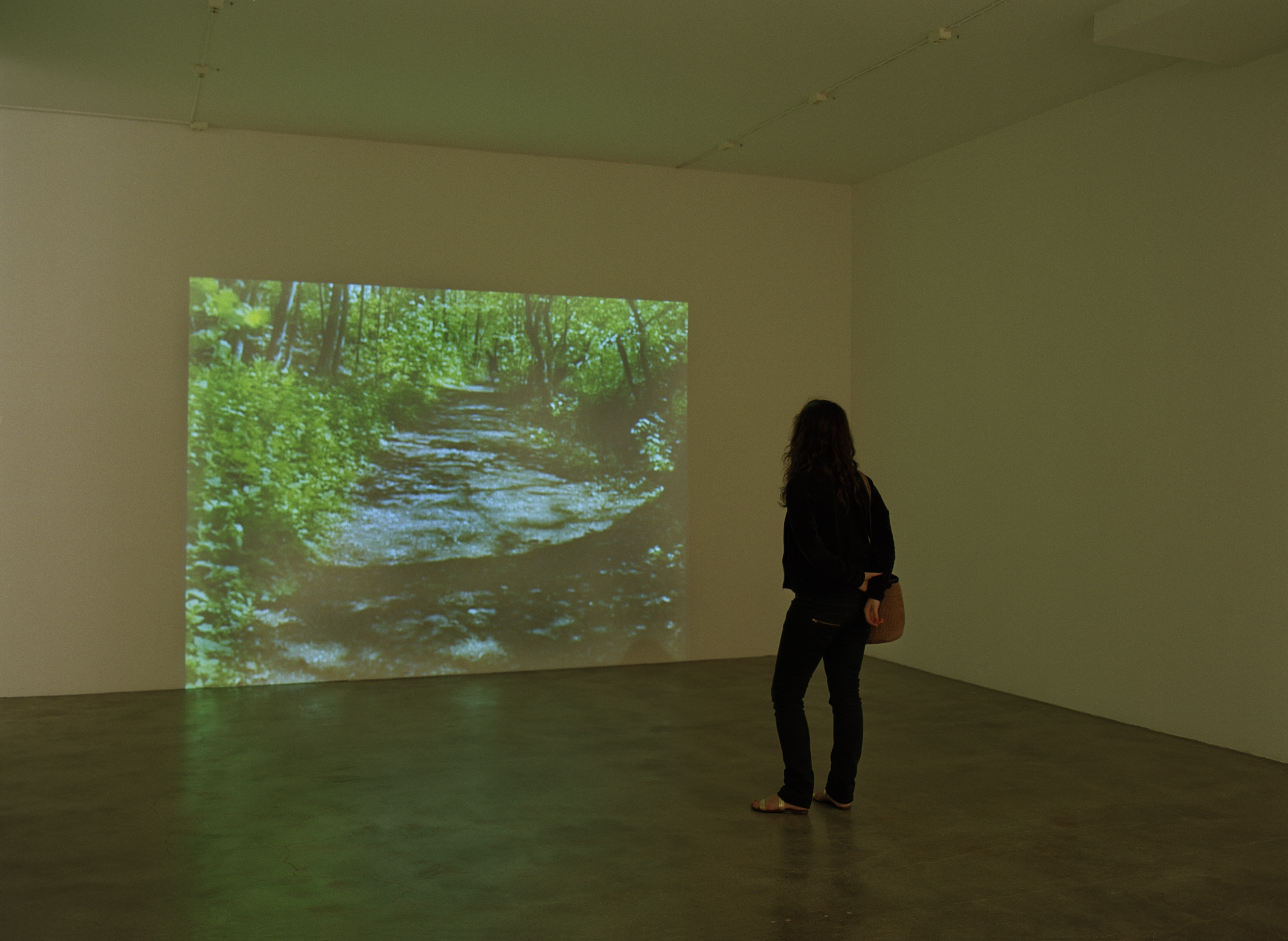 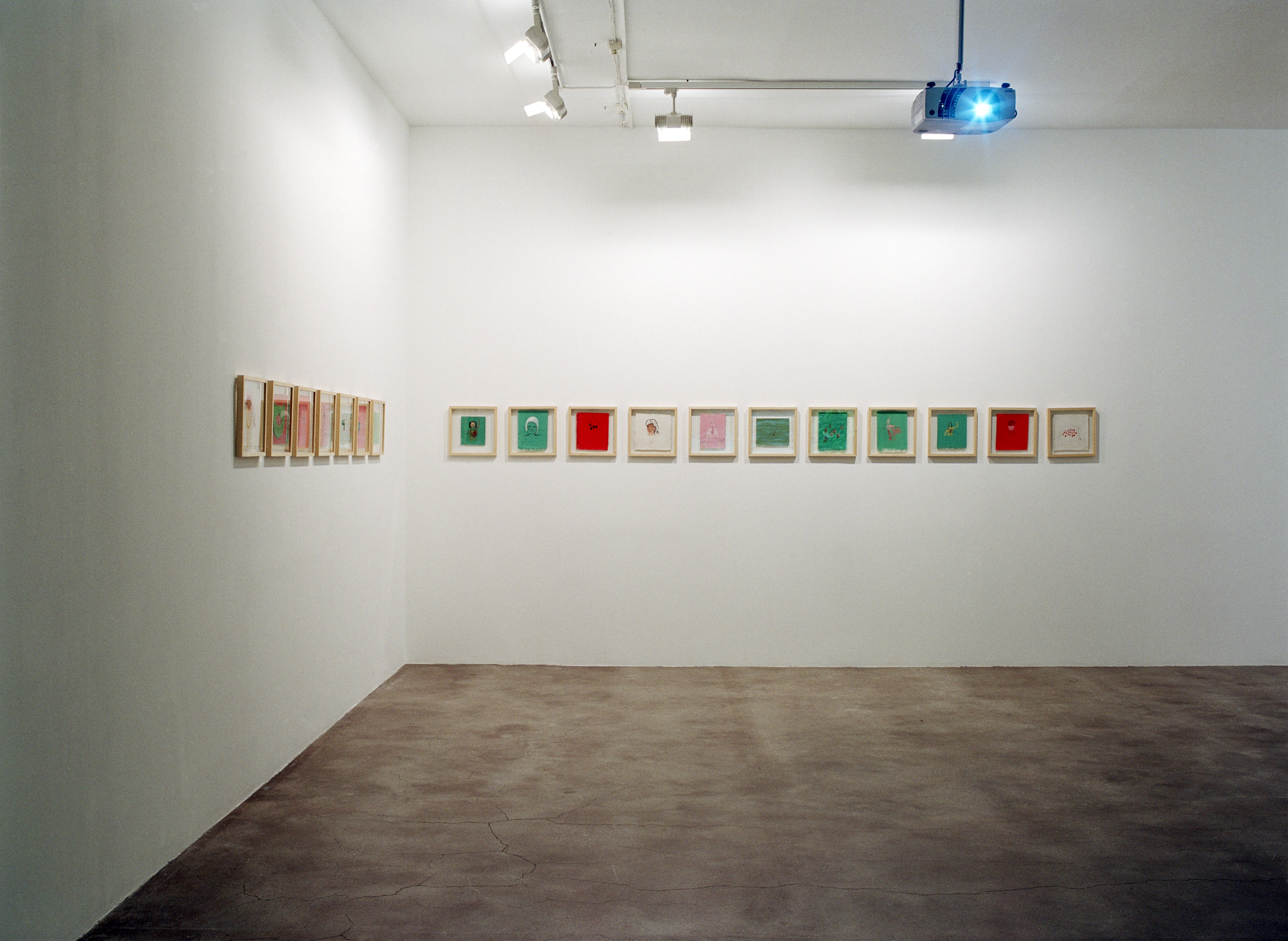 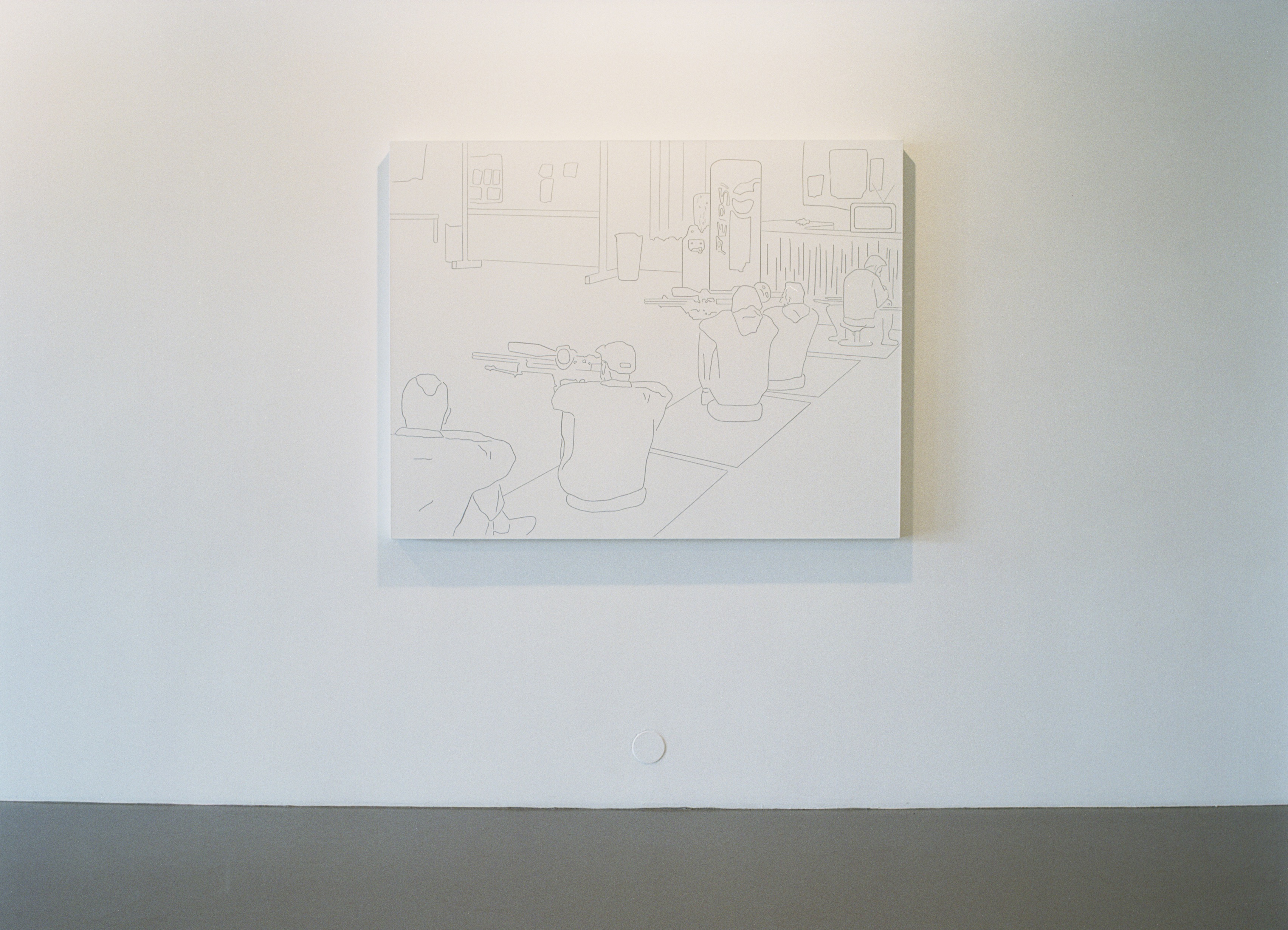 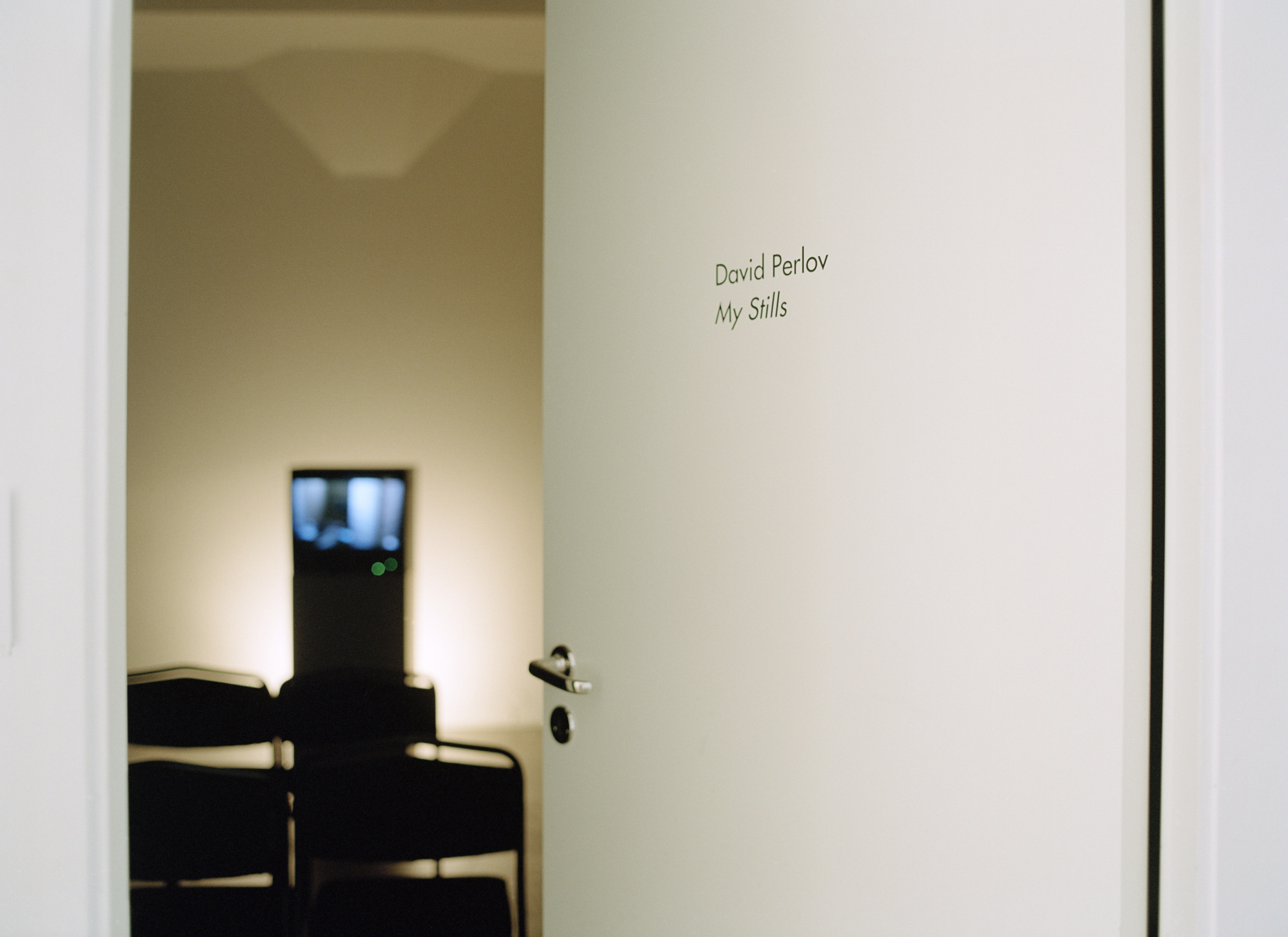 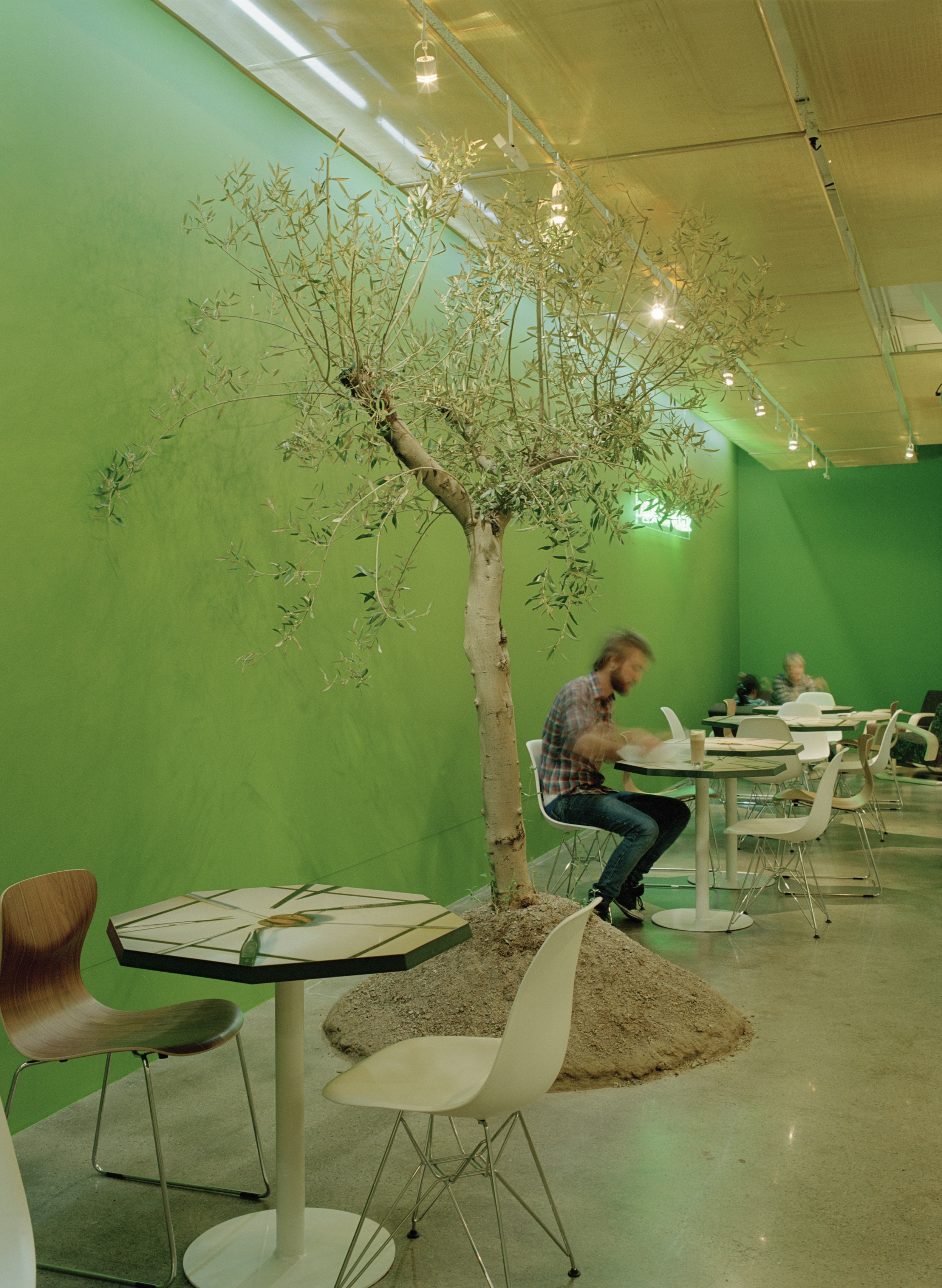 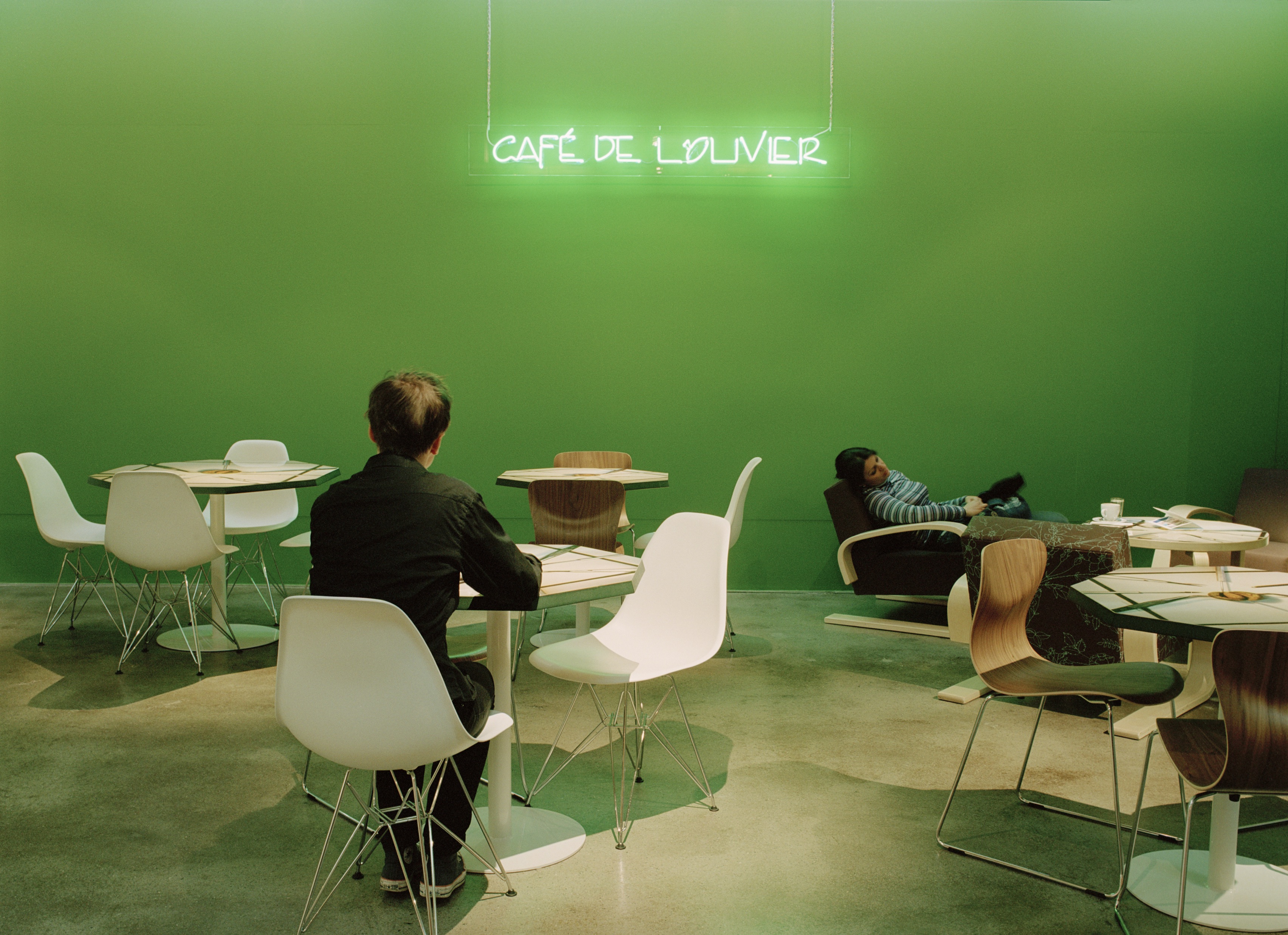 Fleeing away from what bothers you most

Raeda Saadeh
(b. 1977, Um El-Fahem, Palestinian, lives and works in Jerusalem)
Mona Lisa, 2007, 86 x 63 cm
The Milk Maid, 2007, 92 x 82 cm
Diana, 2007, 120 x 90 cm, all color photographs mounted on aluminium
Raeda Saadeh has created photos that refer to paintings made in the 16th to 18th century by Da Vinci, Vermeer and Nattier. “I try to put myself in the place of the portrayed women,” says Raeda Saadeh. Using this as her starting point she explores the longing to be someone else and yet being tied down by the actual situation and reality of being a Palestinian and a woman. The settings she chooses emulate the landscapes in the background of the original paintings, and the artist also describes how “the occupied landscape becomes a co-actor” in the enactment.

Jan Tichy
(b. 1974 in Prague, lives and works in Tel Aviv)
Jan Tichy has devoted part of his oeuvre to working with architectural models of veritably mythical places, sites with a history that refers to a context that is greater than the history of the building itself. He collects as much information as possible from the internet and constructs a model based on this information and his own suppositions of what it must look like.
DIMONA, 2006
paper model, video projection and ink jet printouts, 45 x 50 x 50 cm Dimona is a nuclear research reactor built in Israel around 1958 with aid from France. The facility has been kept secret and has not been subjected to international inspection safeguards. Today, the plant is 40 years old and there is concern that it may be hazardous. Yasser Arafat International Airport, 2006
paper model, sand 120 x 45 x 15 cm
The Yasser Arafat International Airport is in the southern part of the Gaza strip. It was built in 1996 during the upheaval of the Oslo peace process, and opened to the public in 1998. It was closed in 2000, shortly after the Second Intifada started. The artist describes the airport as a symbol of lapsed potential.

Jumana Emil Abboud
(b. 1971, Palestinian, lives and works in Jerusalem)
Al Awda/The return, 2002, video loop 4.35 min.
This video work shows a person walking in the woods. As in the fairytale of Hansel and Gretel, she leaves a trail on the ground to find her way back. The work documents a performance and the artist expresses the work’s central theme as “the Palestinians’ right to return to their homeland”. Selected drawings from Jumana Emil Abboud’s The Heart Collection, (2002-2005), a work in progress, are also featured in the exhibition.

David Perlov
(b. 1930 in Rio de Janeiro – d. 2003 in Tel Aviv)
My Stills, 1952-2002 (2003), color video, 61 min., in English
David Perlov was born 1930 in Brazil and died 2003 in Tel Aviv. When he was in his twenties he studied photography and film in Paris. In 1958, he moved to Israel and embarked on a film career that lasted for half a century. My Stills 1952-2002 is based on David Perlov’s stills. The photos give the impression of snapshots, a flow of people documented in passing. Most of them were taken in Perlov’s own neighbourhood, but he also visits his favourite places in Paris and pays tribute to his idols and inspirational figures. Perlov’s narrative voiceover is equally captivating whether he is reflecting on the events of 9/11, or the flowers in the security guard’s buttonhole. My Stills was the last film he made.

Jean-Luc Vilmouth
(b. 1952 in Creutzwald, lives and works in Paris)
Café de l’Olivier, 2007
The cafés Jean-Luc Vilmouth creates are based on his walks in various cities. At Magasin 3 he has altered the existing café, recreating Café de l’Olivier, which he made for Anadiel Gallery in east Jerusalem in 1994. Anadiel Gallery, together with the al-Ma´mal Foundation for Contemporary Art, is the first and largest Palestinian forum for contemporary art. In 1994, the artist wrote: “On a walk in the eastern part of Jerusalem, I found an olive tree. It was to be torn up by its roots.”  The tree was taken to the gallery and incorporated in the café he created during his exhibition there. Jean-Luc Vilmouth’s work with cafés and bars deals with an interest in the relationship between the artist’s concept and the visitor.

Film evening program. Fleeing away from what bothers you most24 May 2007Read more 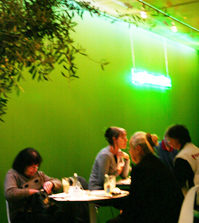