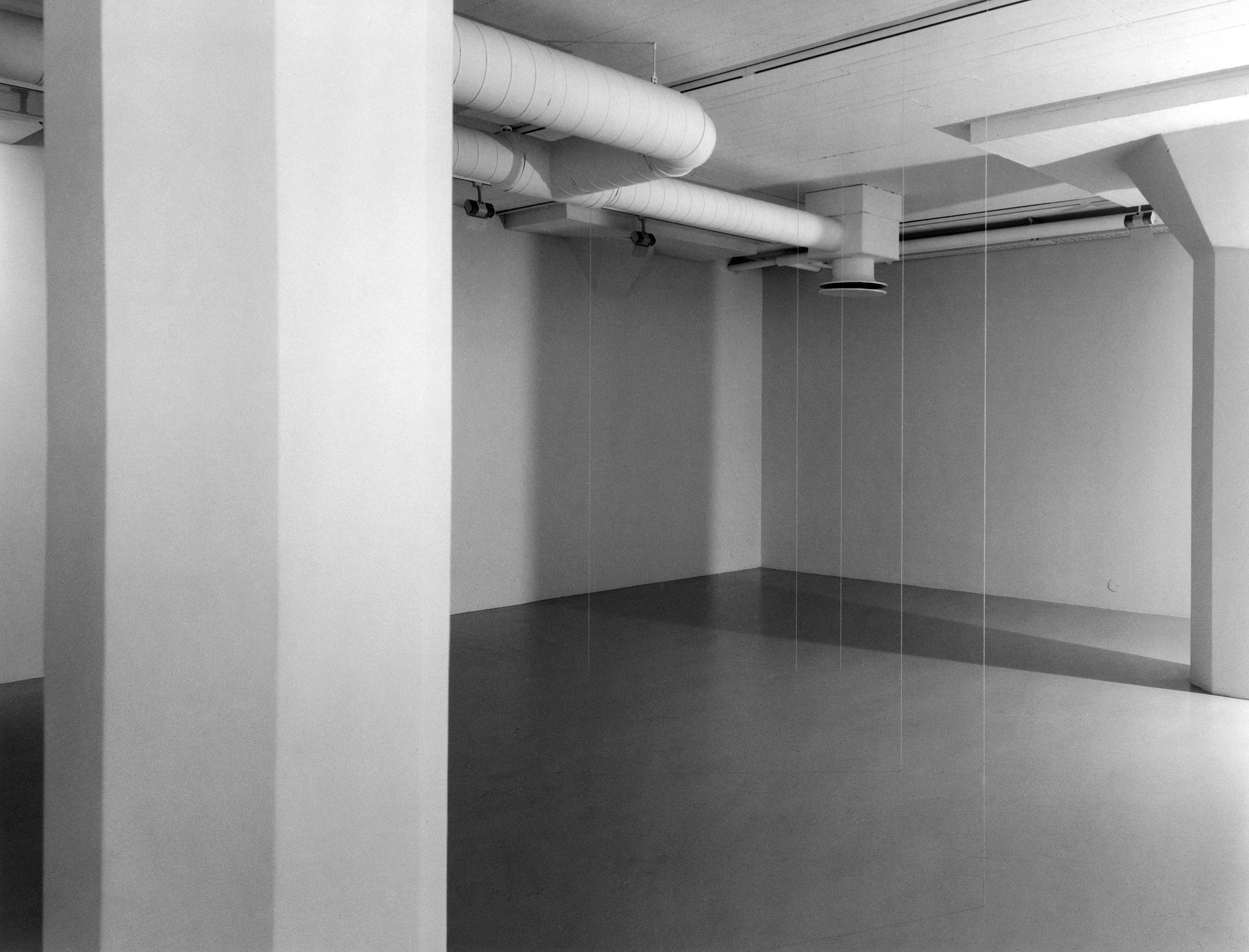 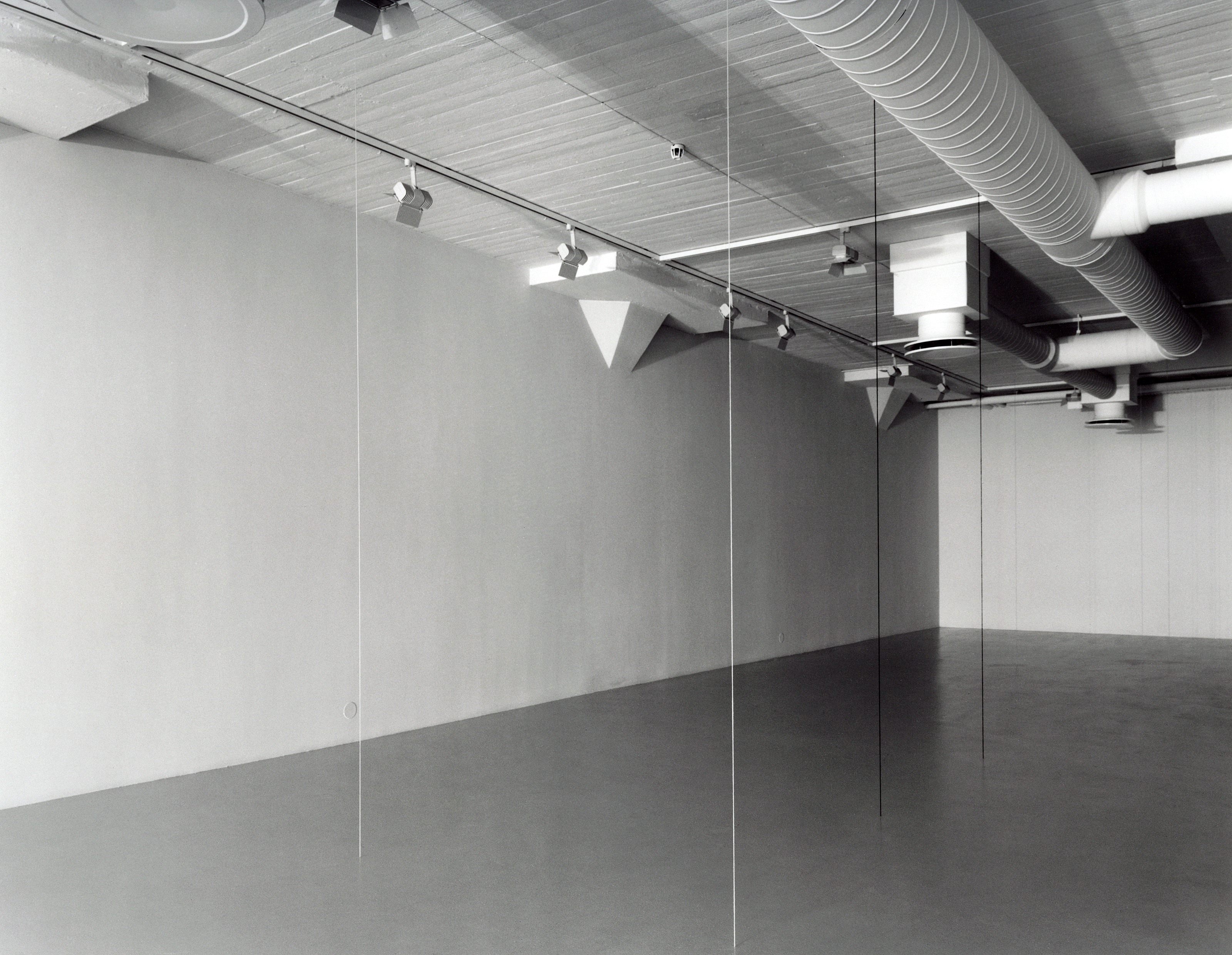 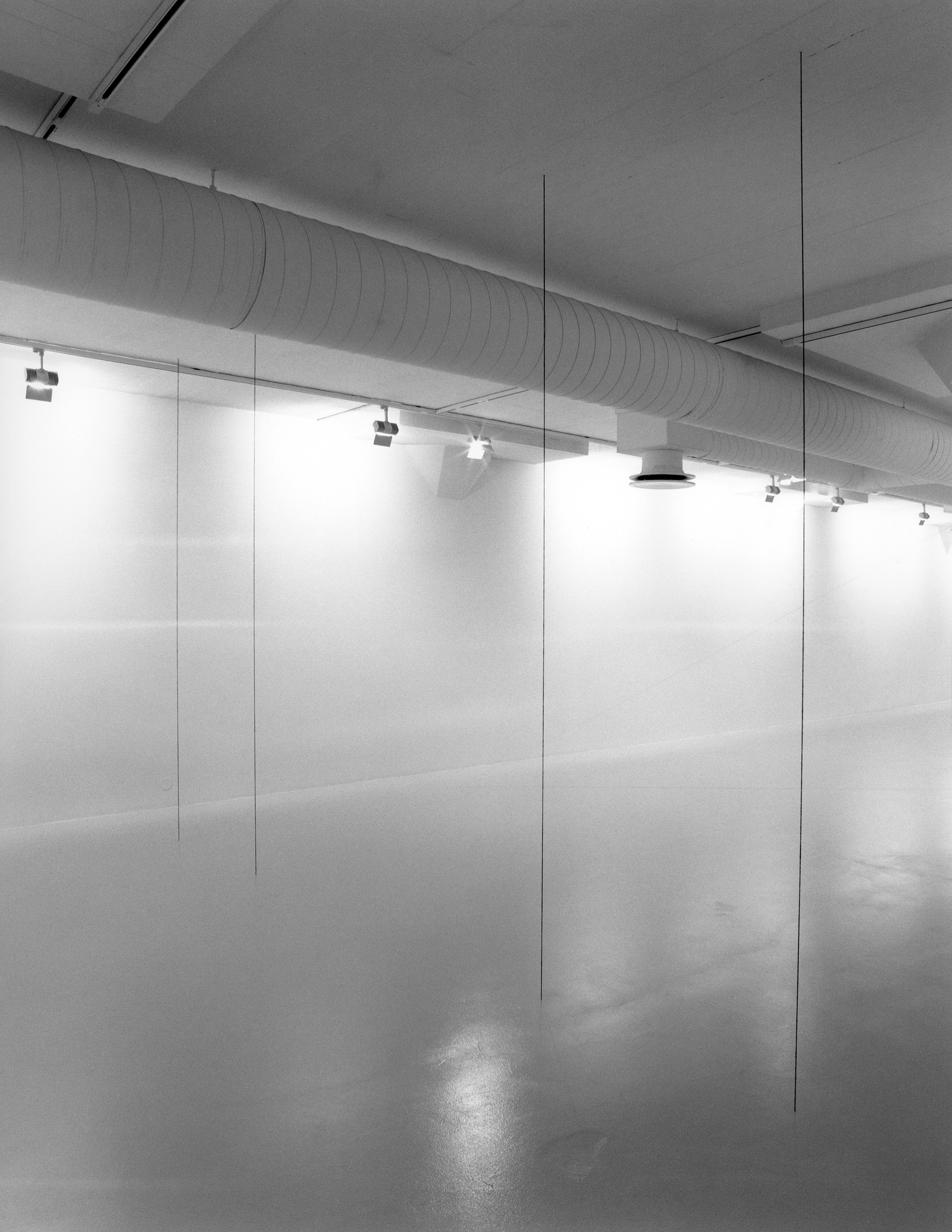 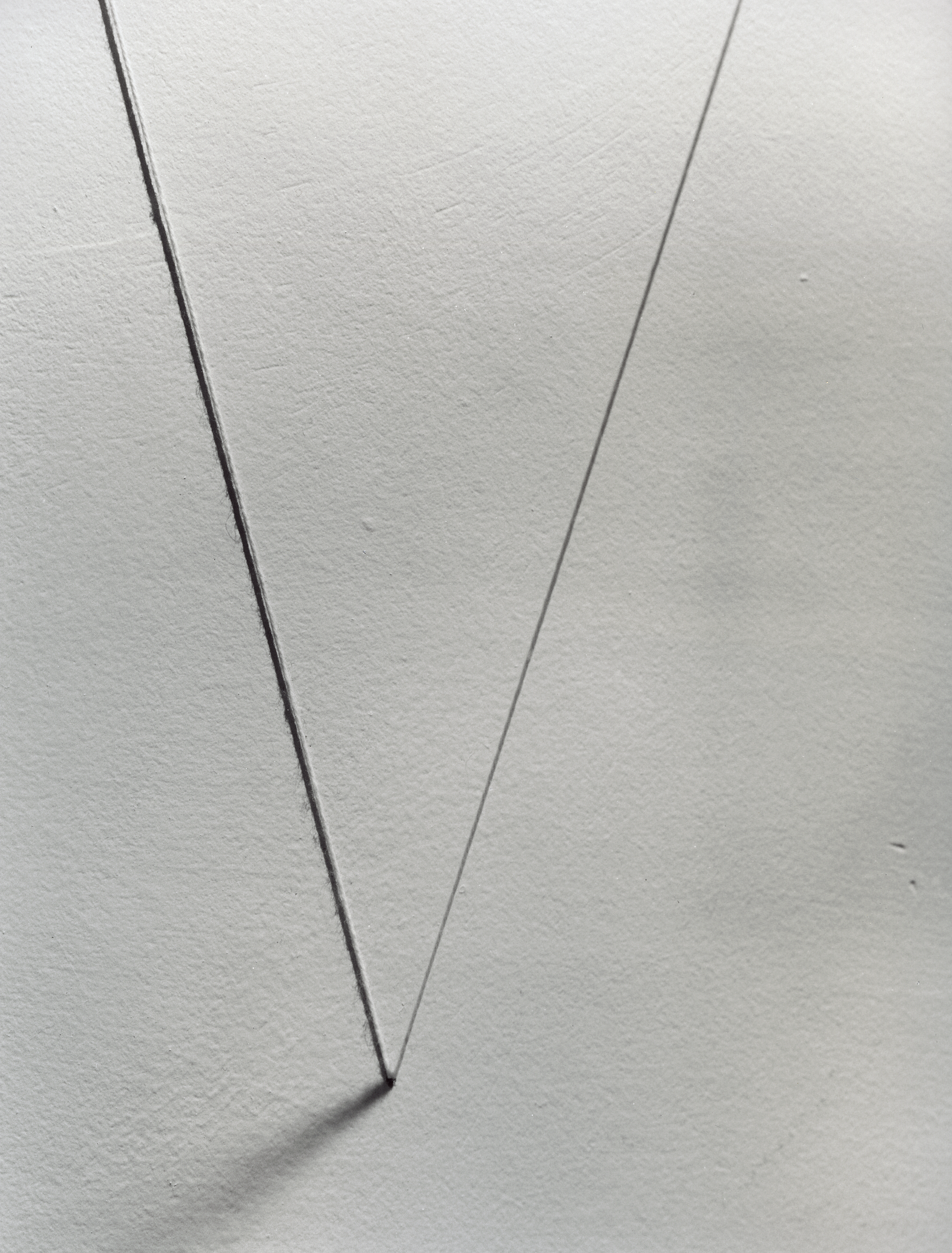 The installation at Magasin 3 Stockholm Konsthall is site-specific and typical for the artist. By running lines of yarn through the exhibition space, the work employs the size and proportions of the room to represent other shapes and bodies contained within. By the mid-1960s, Sandback was taking an active part in the exchange of ideas between minimalists such as Robert Morris and Donald Judd, artists with whom he studied sculpture at Yale University School of Art and Architecture. In 1981, the Dia Art Foundation established and maintained a museum of his work, The Fred Sandback Museum in Winchendon, Massachusetts, which was open until 1996. Fred Sandback was born in 1943 in New York and died there in June 2003.