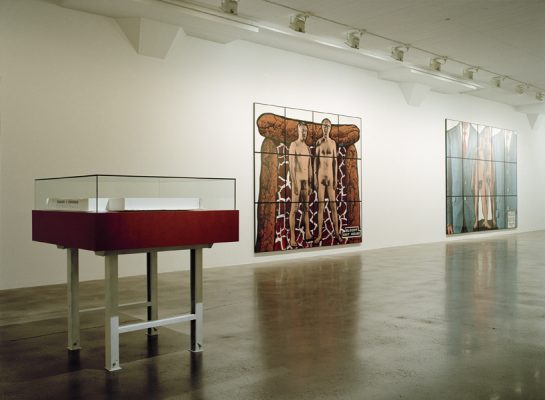 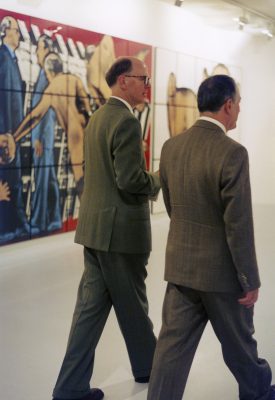 From the press release, 1997: The exhibition at Magasin 3 is the first in Sweden, and to this date, the most extensive exhibition ever by Gilbert & George. 49 large works are shown from the period 1991-1997. The artists have also designed a catalogue and a poster for the exhibition.

The subject of the work of Gilbert & George is to constantly approach themselves as examples of beings in order to communicate and describe basic problems and conditions for the human existence. Such terms and conditions can be the taboos of the civilised society of the 20th century and represented in the enormous photo collages where blood, sperm, shit and piss, are portrayed together with the artists either naked or in their suits. Gilbert, born Dolomites in 1943, Italy and George, born Devon, England 1942, met as students at St Martin’s School of Art in London in 1967 and have worked and lived together in London ever since.

Gilbert & GeorgeFront and Back and Piss1996