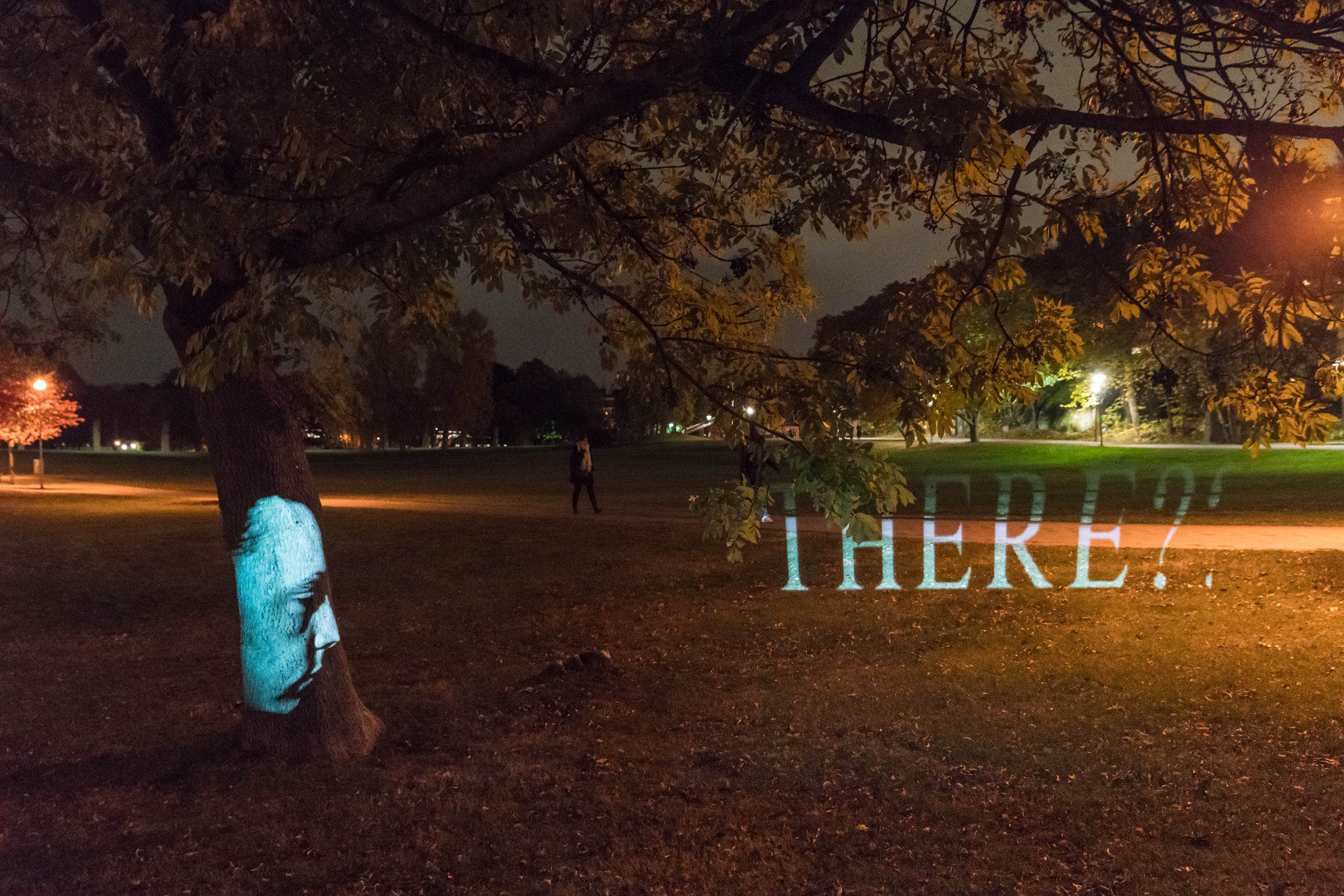 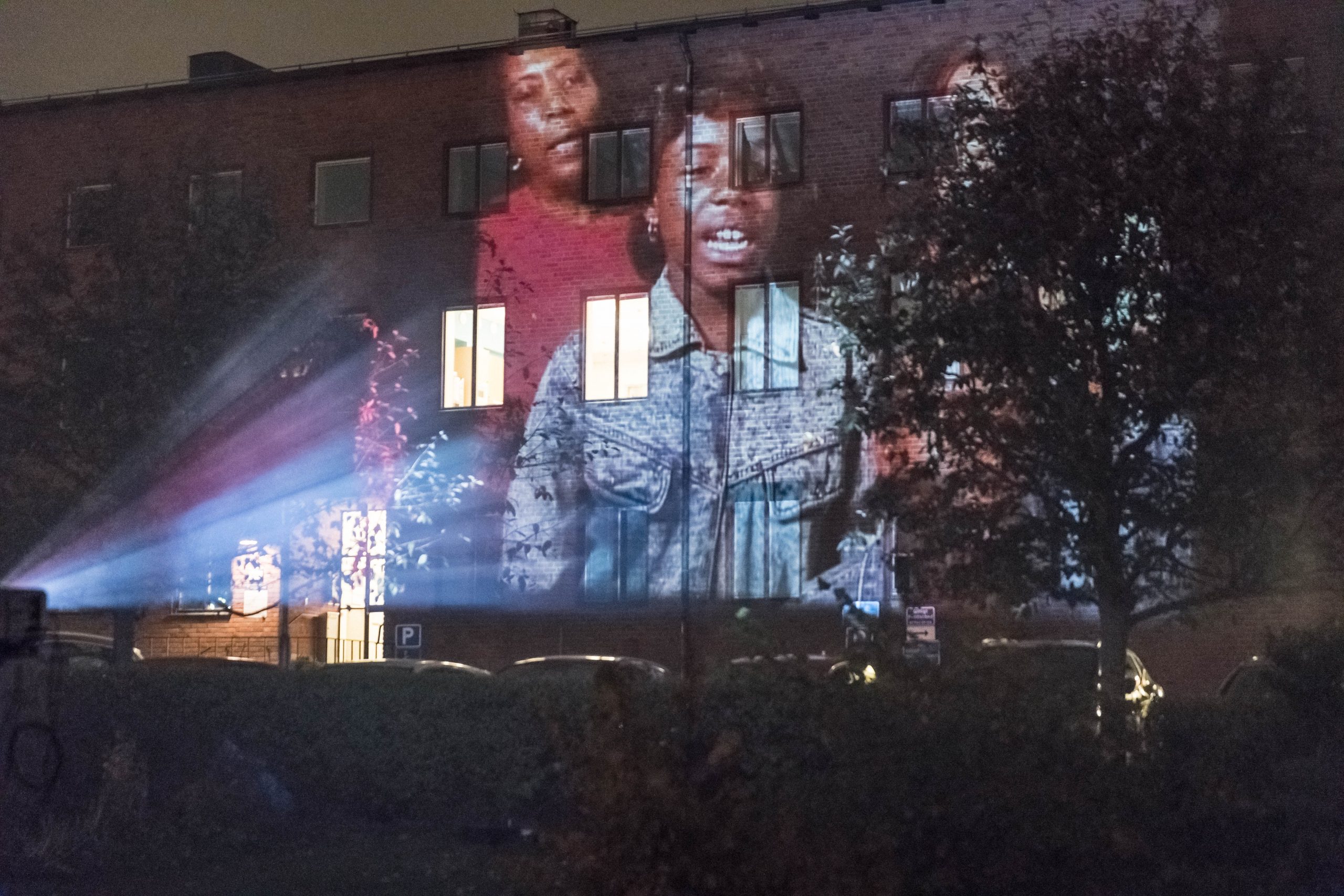 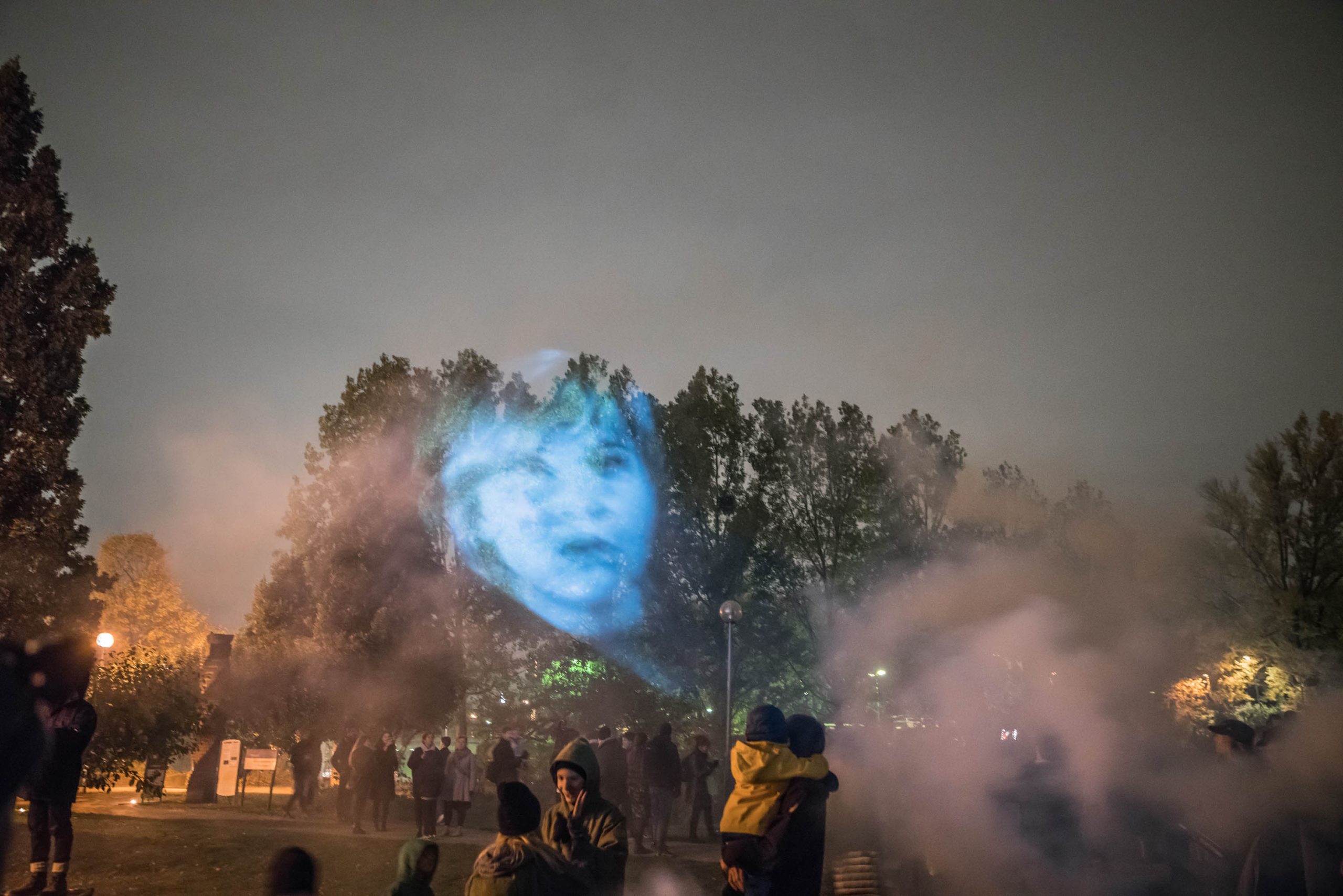 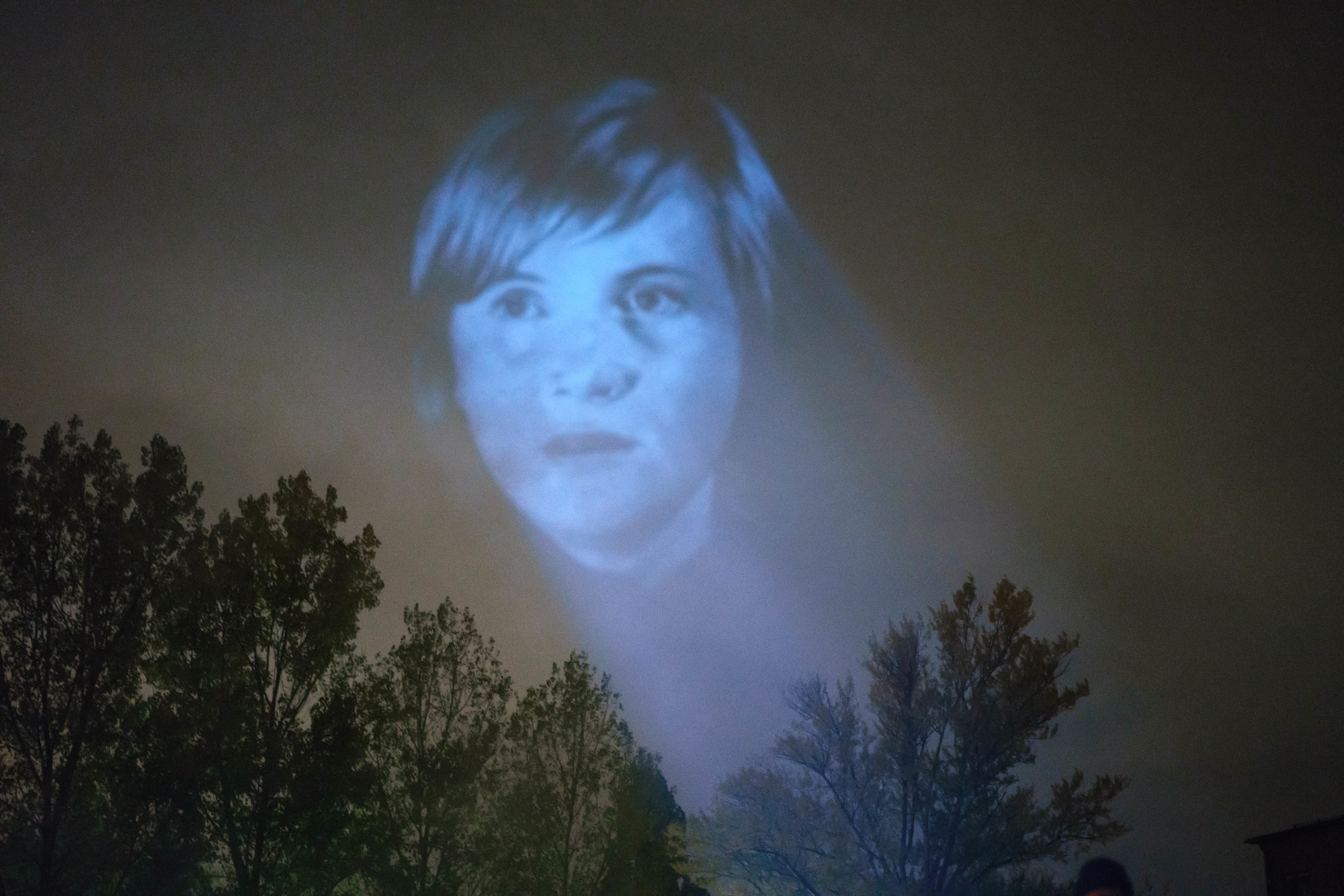 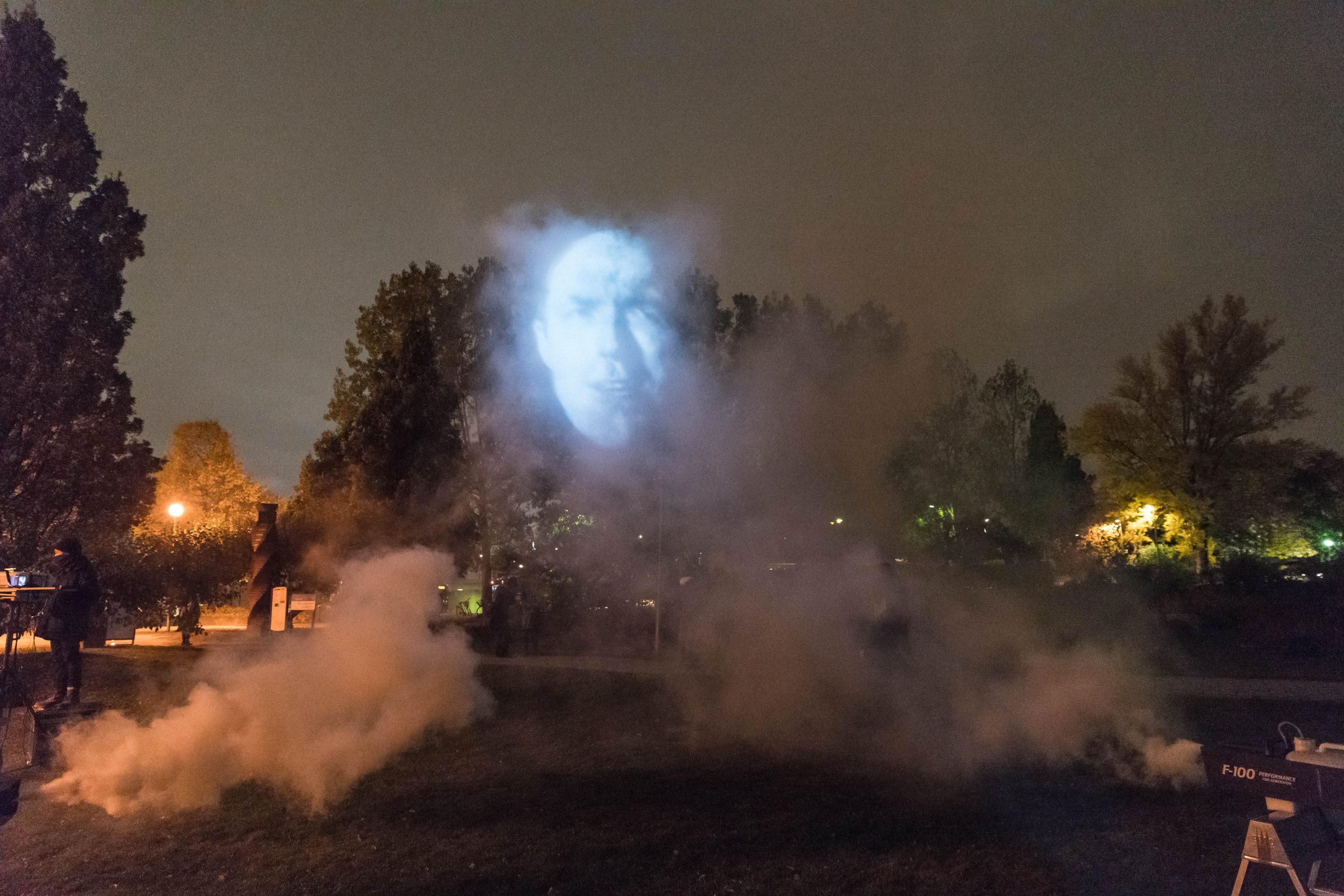 The Influence Machine – part of M*r0>r

On October 20th, 2016 Tony Oursler’s acclaimed outdoor work The Influence Machine (2000–2002) was performed at Stockholm University’s Frescati campus. In the work, Oursler blends fragments of speech from the history of technology with images of heads. Through the dark, a projected hand knocks on clouds of smoke, trees and surrounding buildings. Oursler uses the landscape as a stage for enlarged projections of text messages and email. With words, images and sounds, the artist creates a spectacular outdoor artwork.

In the autumn of 2002, this large-scale work was shown at Djurgårdsbrunn on three consecutive evenings as a part of Projekt Djurgårdsbron in Stockholm. It has previously been shown in Madison Square Park, New York and in Soho Square, London. The Influence Machine at Stockholm University is part of the exhibition M*r>0r. Read more about M*r>0r

Antennae (2002), is an installation by Tony Oursler. It is on display in the basin of the former particle accelerator. The work is part of the exhibition M*r>0r.  Antennae is included in the Magasin III permanent collection. Read more about M*r>0r

Magasin III in collaboration with Accelerator and Stockholm University. Read more about Accelerator (in Swedish)