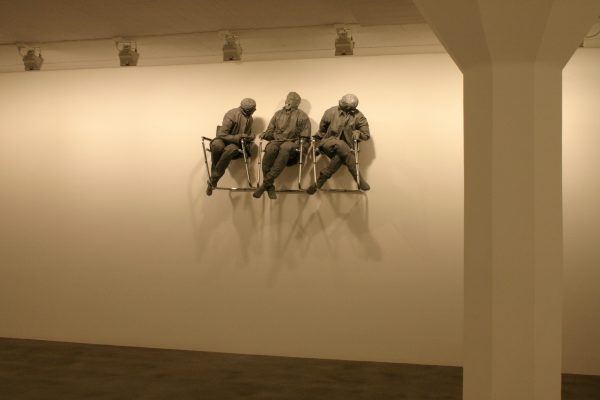 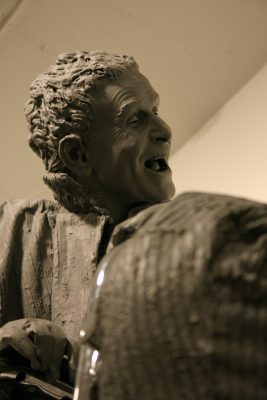 In Room 1, Magasin 3 Stockholm Konsthall presents works from or relating to the collection during the spring 2004. Three Laughing at One, 2001, was the last work to leave Muñoz’ studio when he died suddenly in 2001. The work is typical of his oeuvre in latter years.

Juan Muñoz was born 1953 in Spain but travelled extensively and was influenced by the London and New York art scenes. The relationship between the room, the sculptures and the viewer was crucial to Muñoz. The viewer becomes a part of the work, perhaps even switching roles with it. By including human figures Muñoz gave his works a narrative quality. He was criticised for being a story-teller, but embraced the criticism and said that his figures were perhaps characters looking for an author. In Three Laughing at One two of the men have a dice in their mouths. Perhaps they are planning or have already pulled a trick. To Muñoz art was all about creating illusions.

Juan MuñozThree Laughing at One2001