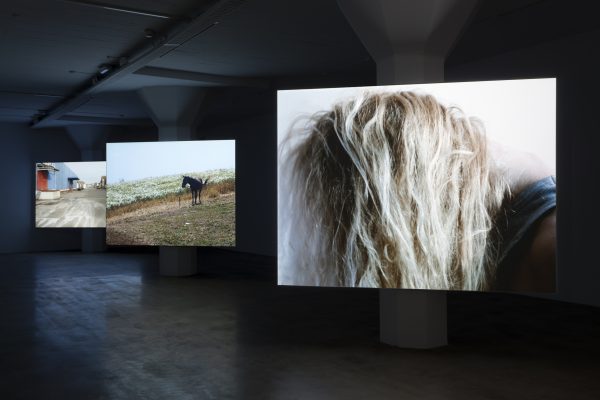 During fall 2011, Magasin 3 presents a selection of film works by the Dutch artist Marijke van Warmerdam. In absence of any clear beginning or end, seemingly insignificant events are expanded into poetic abstractions. Leaves carried by the wind, milk dripping into a glass of water, a bunch of flowers vibrating in a bicycle basket or white jet trails across the sky–the meditative simplicity of the films bestows upon the viewer a moment of stillness and titillating wonder based in the everyday.

In the exhibition at Magasin 3 swirling air is what connects three films that are otherwise totally independent works. Blondine (1995) is a close study of a woman drying her long hair. The hair drier blows her locks in circular motions. Wave (2006) documents a mule standing in a field of grain that sways rhythmically in the wind while the mule swings its tail. In Wind (2010) leaves and litter are blown through an industrial zone. The movement of the camera as it follows bits of plastic, feathers and dry leaves emphasizes the passage of the wind through an otherwise deserted area. Curator Tessa Praun explains: “The absence of any real action gives a sense of timelessness that is a welcome contrast to the hectic pace of everyday life. In the exhibition at Magasin 3 the chosen films, which are all silent, are shown on digital projectors for the first time. The mechanical hum of the film projector is absent making the visual experience in the room even more intense.”

The exhibition was realized with the financial support of the Mondriaan Foundation, Amsterdam. 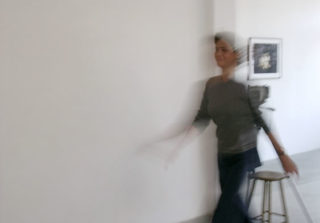