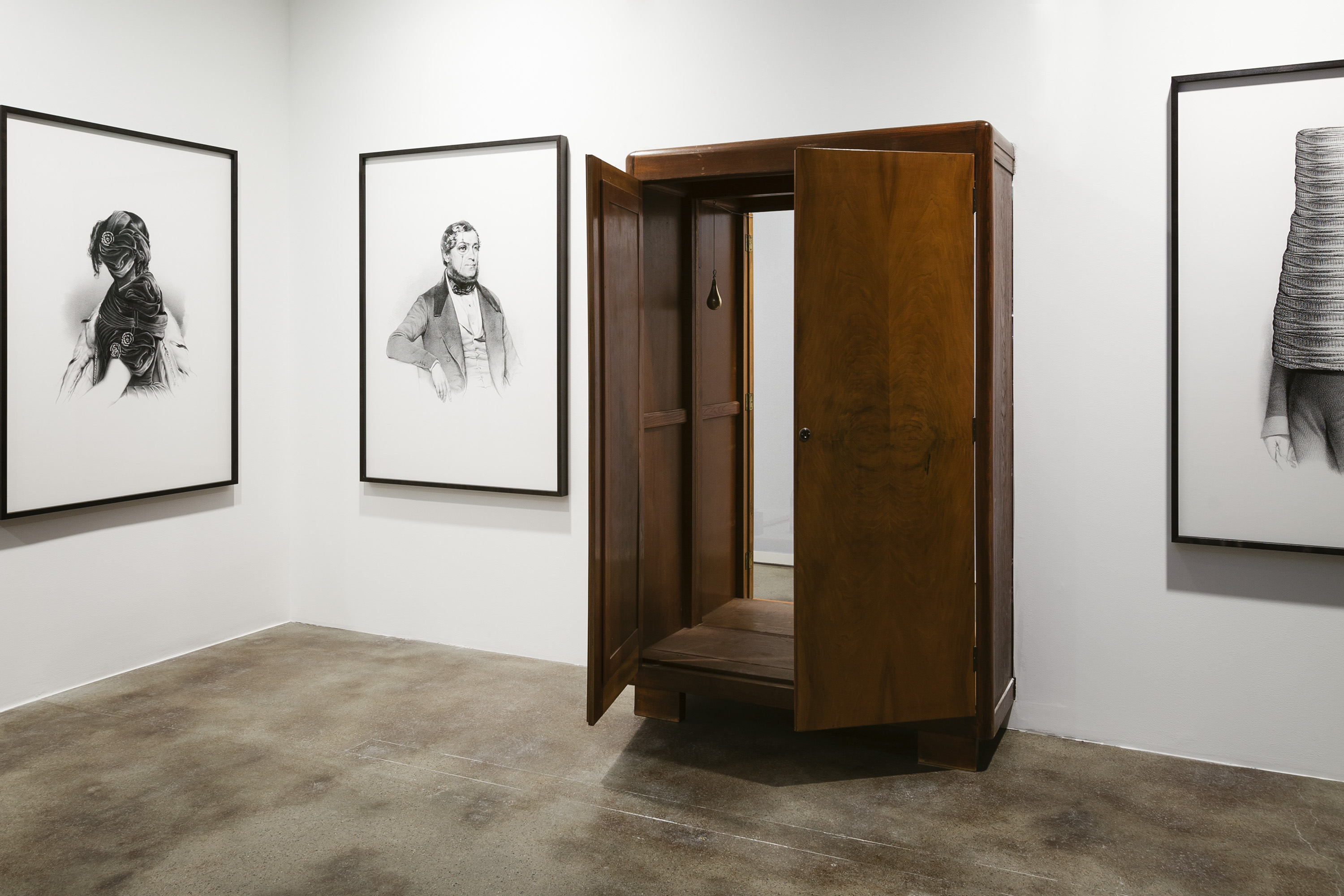 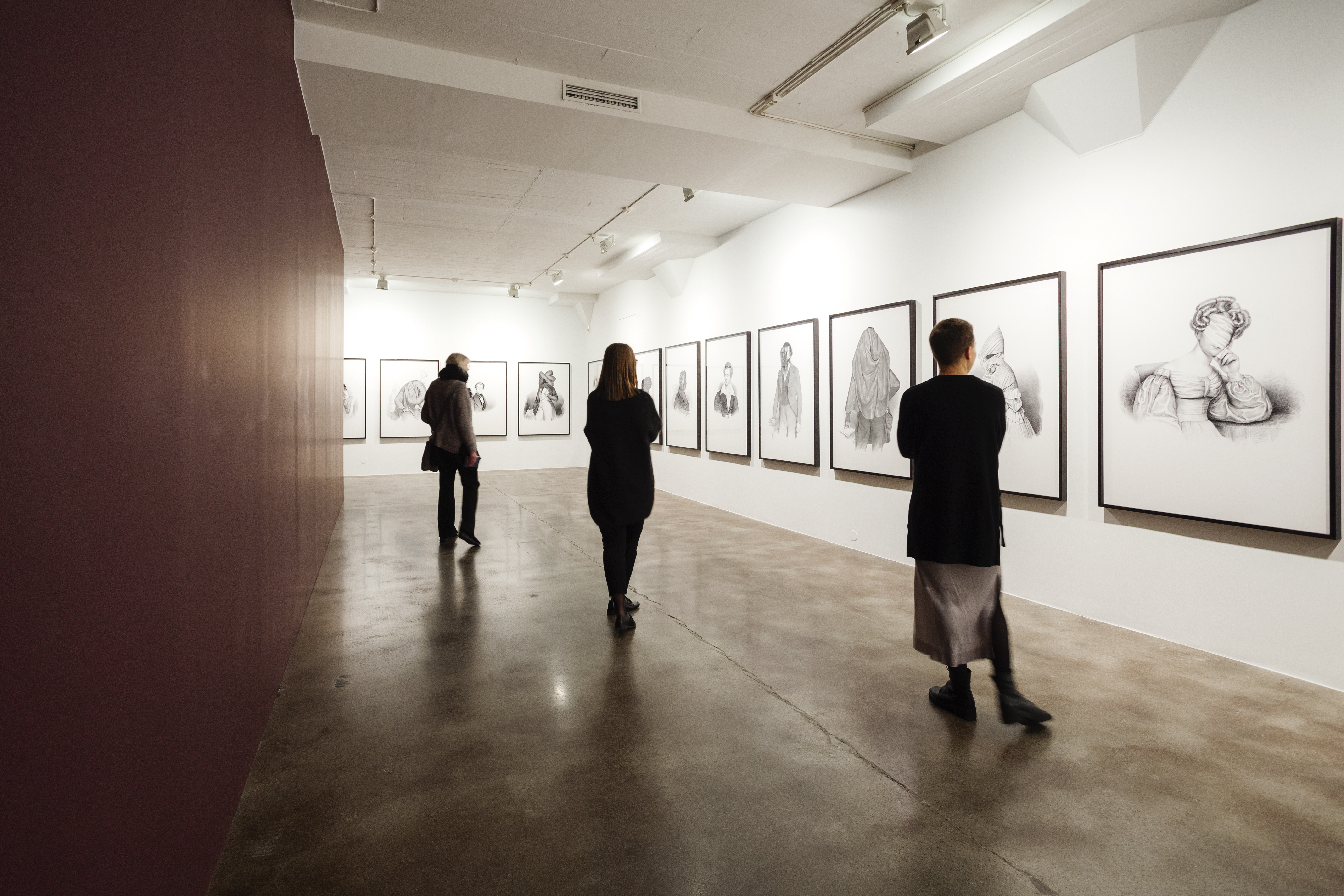 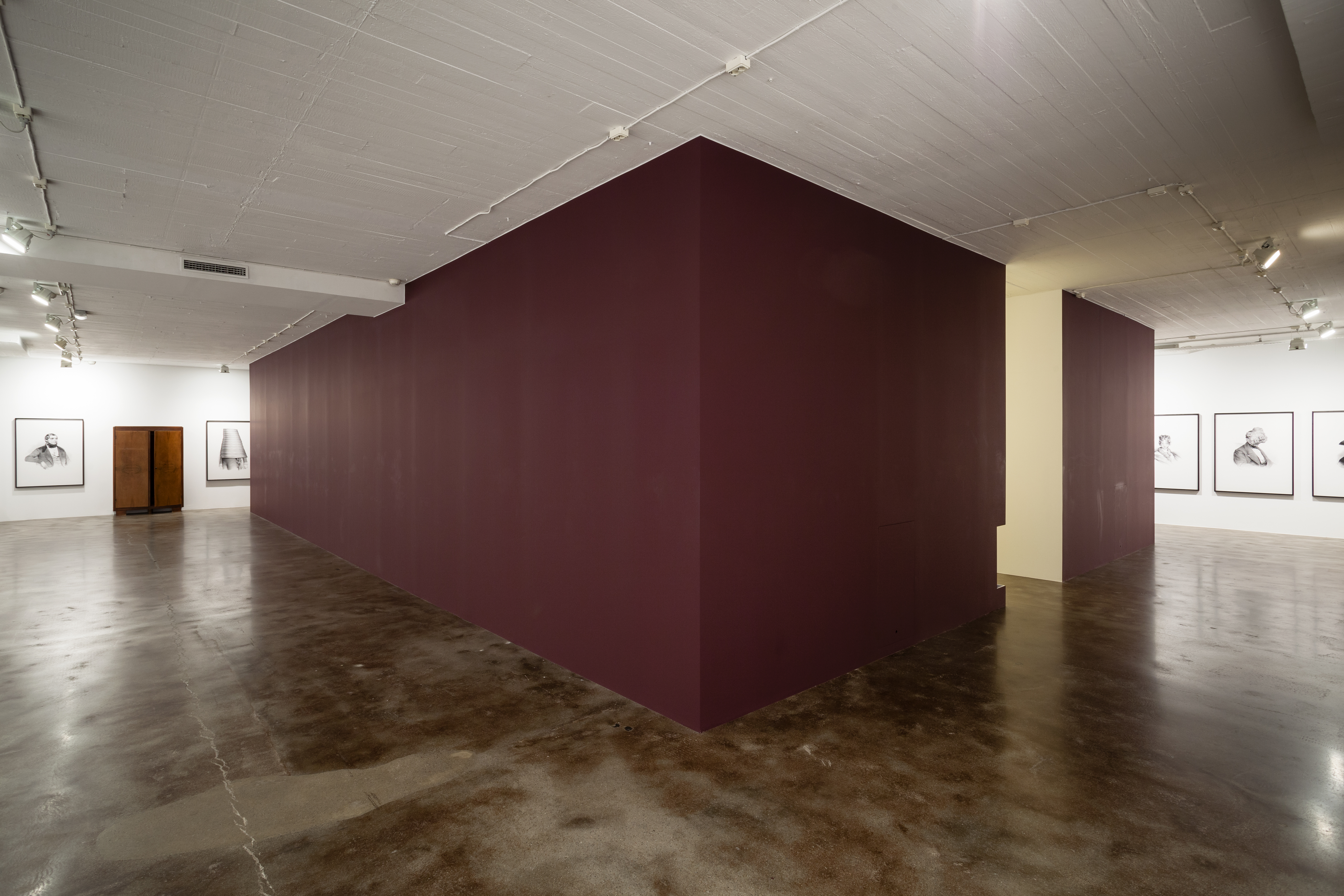 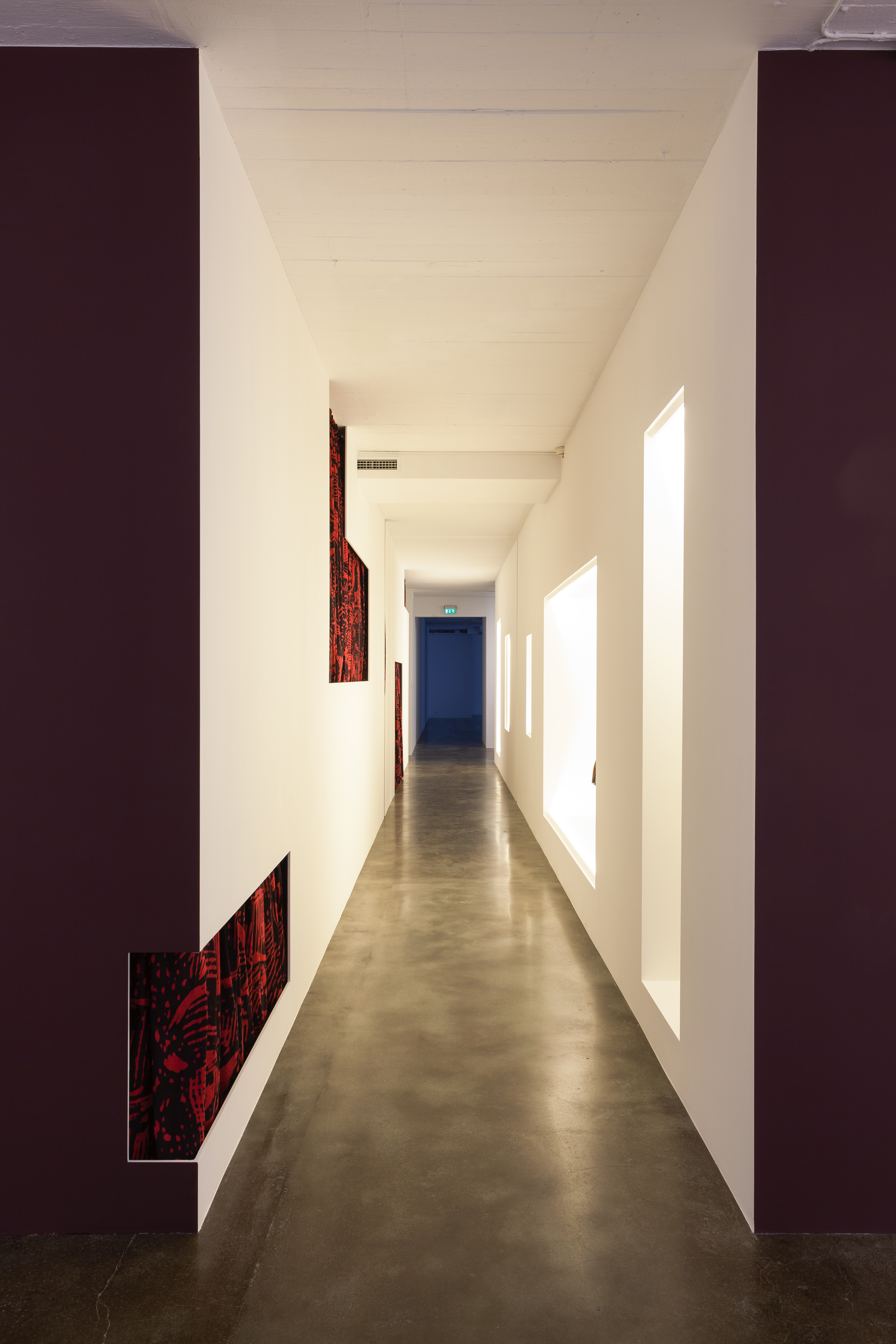 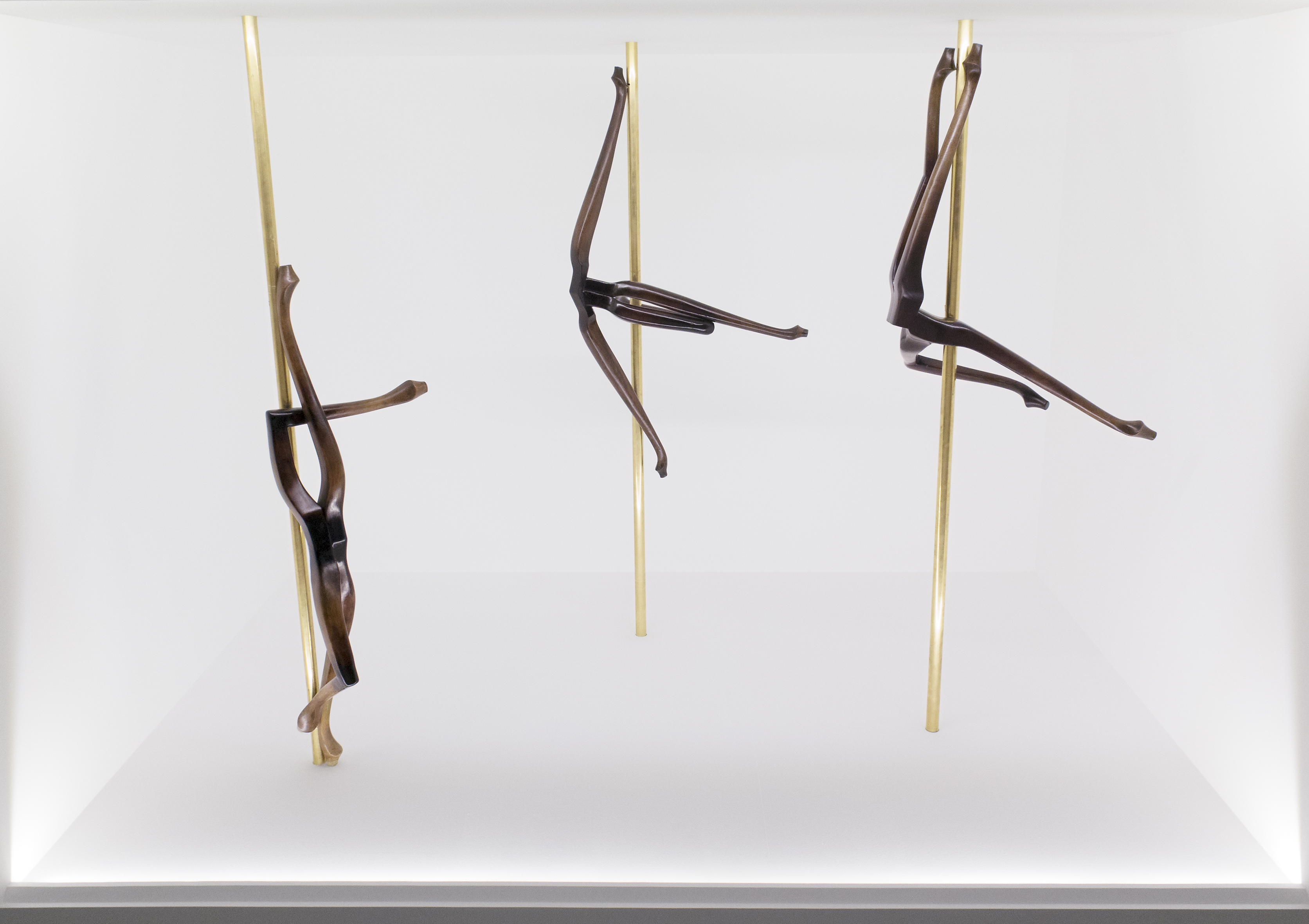 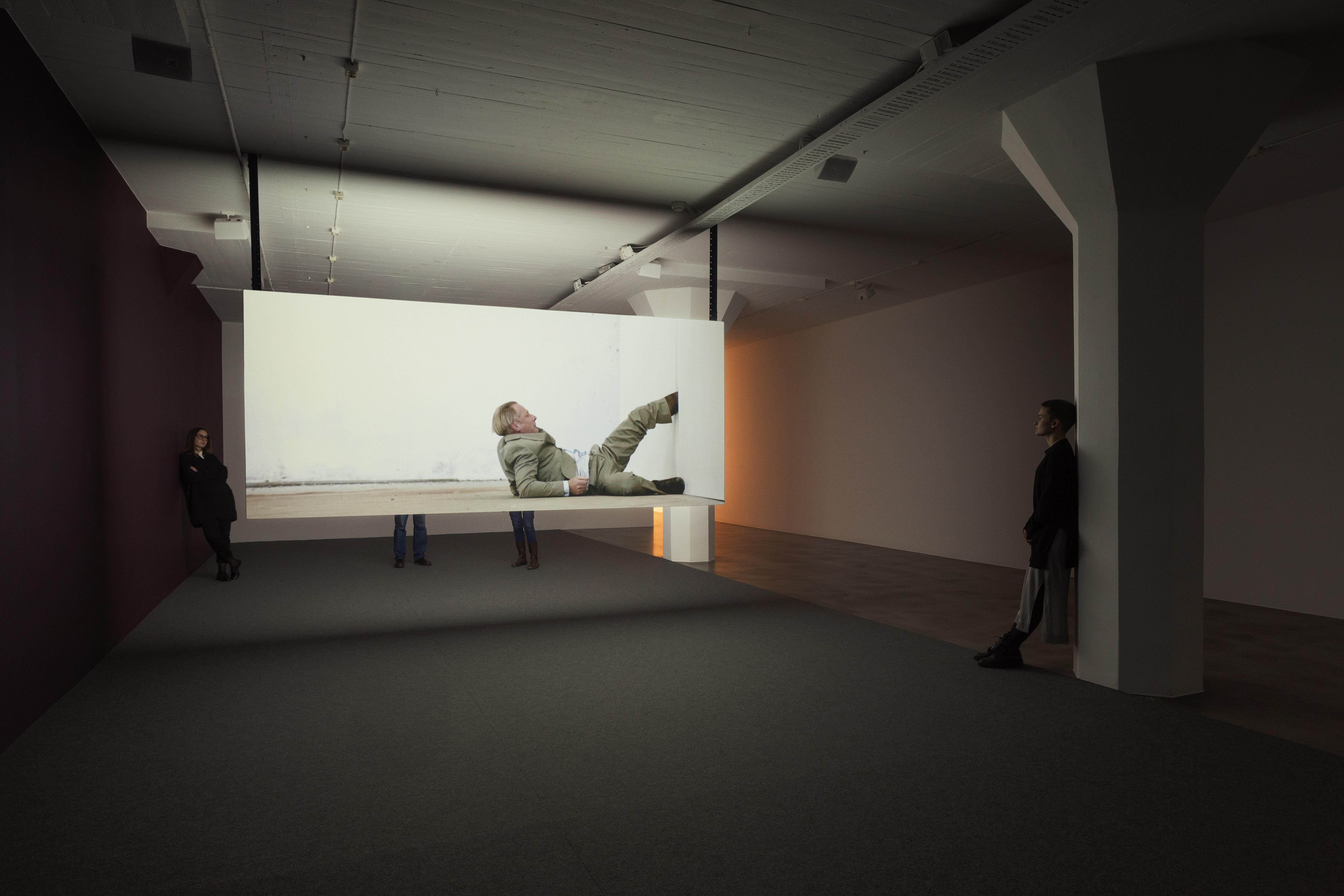 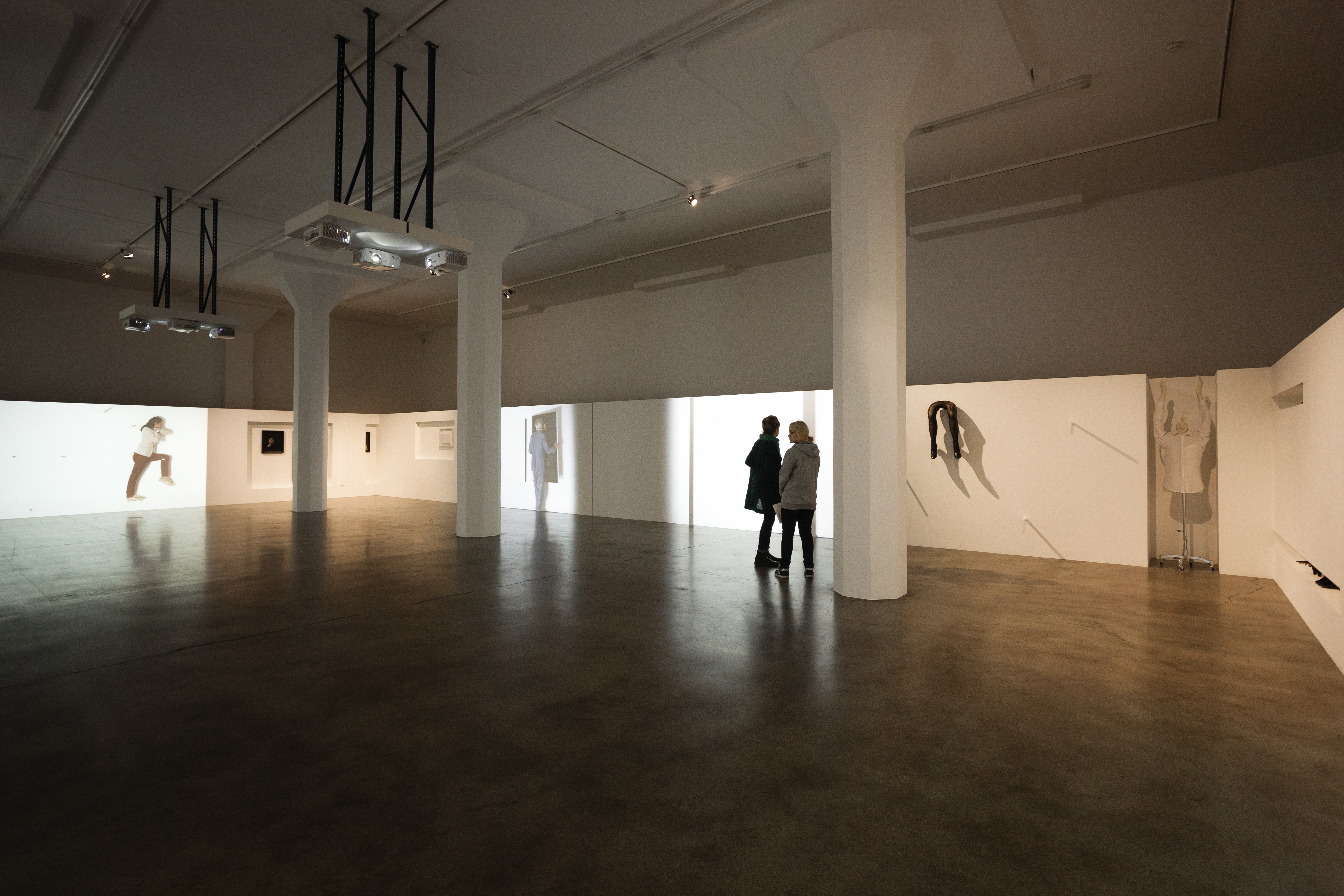 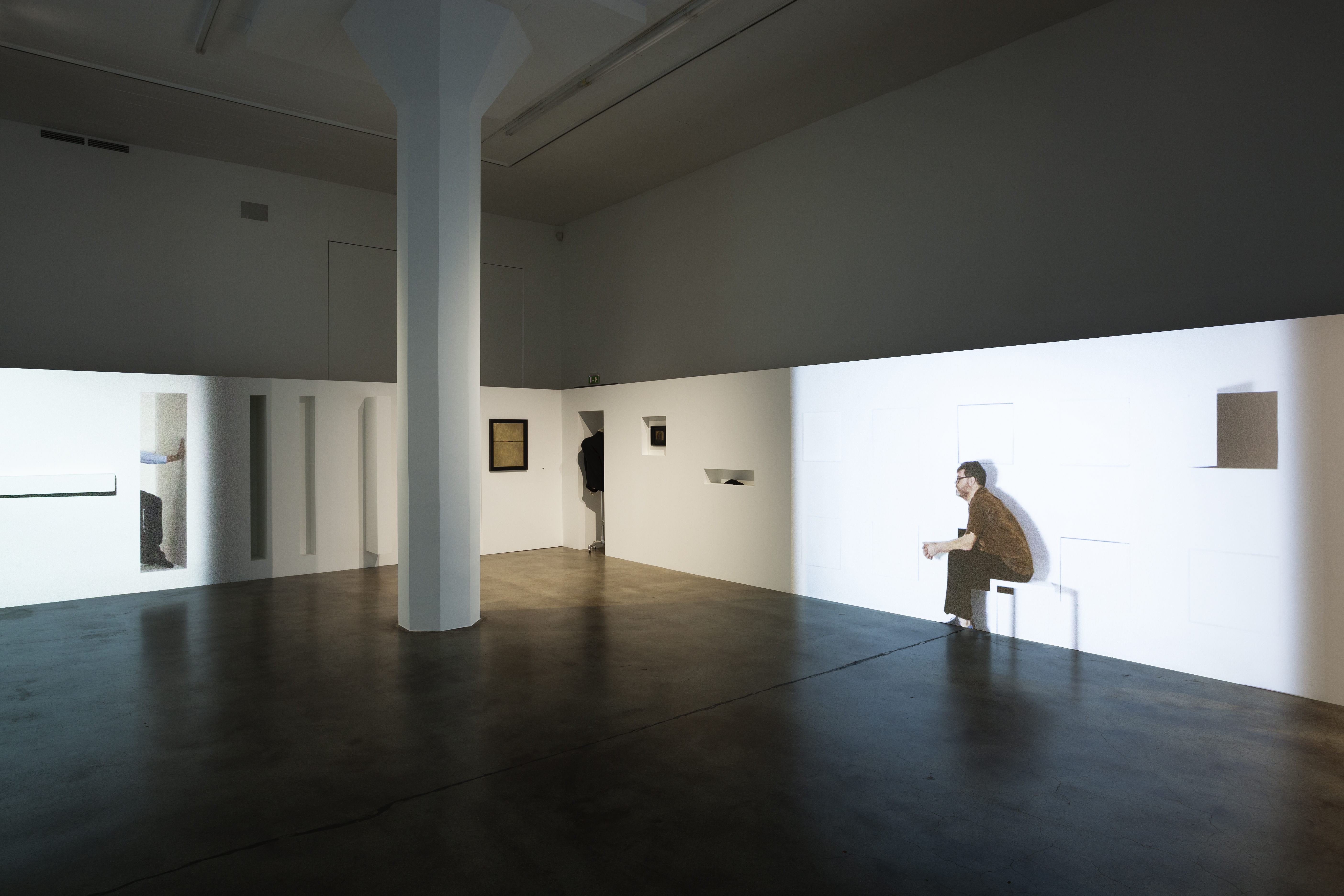 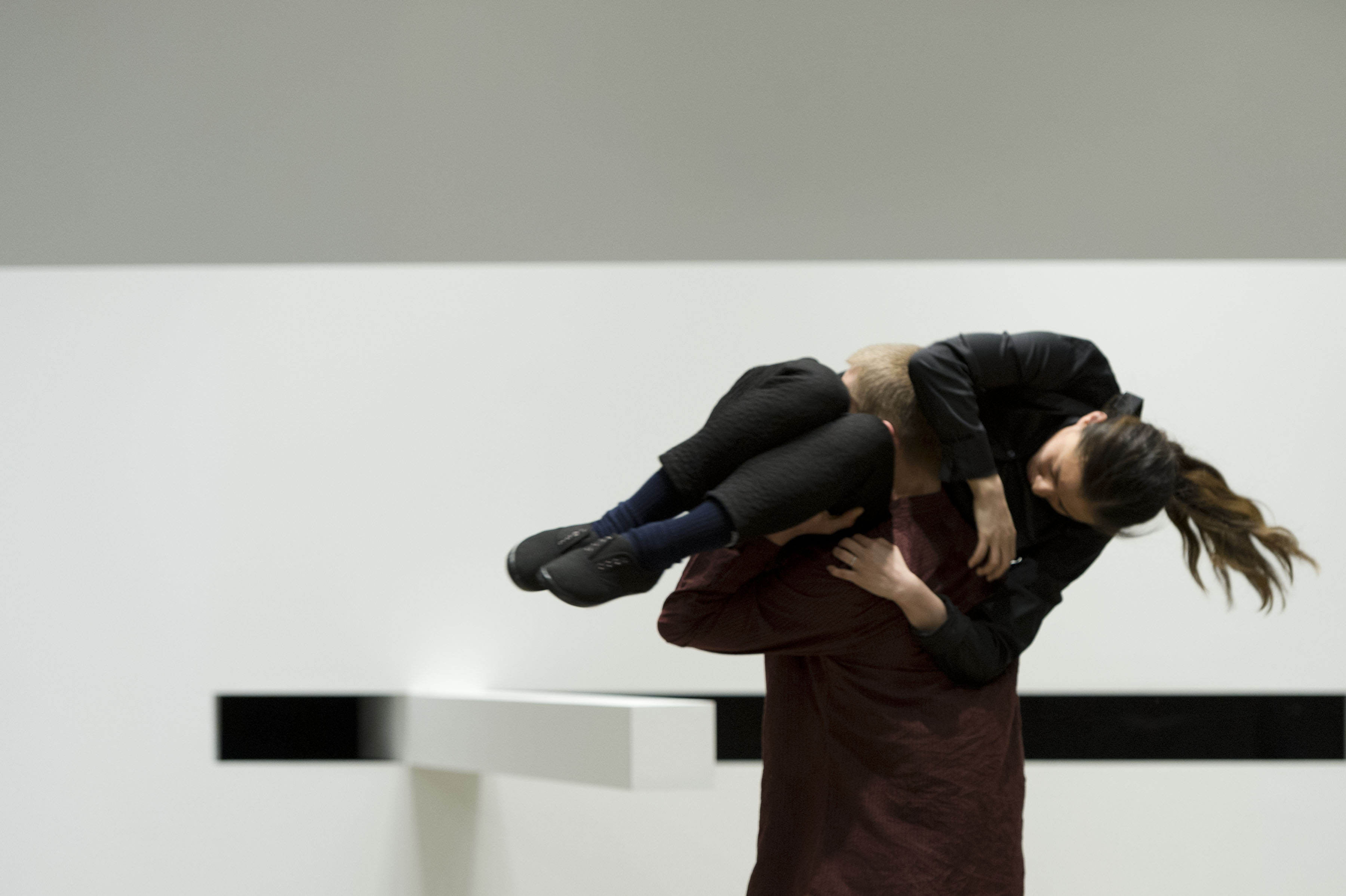 In 2015, Magasin III has the pleasure of presenting a major solo exhibition of the Austrian artist Markus Schinwald. Based on interests ranging from psychology and literature to dance and the history of fashion, he explores the idea of the human body as a cultural construction. His art gives form to the psyche and its tensions: sculptures of splayed table legs, distorted 19th century portraits, marionettes, films without beginning or end in site-specific installations.

In the spotlight are the major new productions Stage Complex (2015), created especially for the exhibition at Magasin III, and Actuator 1-6 (2015), a series of niches with sculptures and turning gears that together create an idiosyncratic dance. Installed across from the red theater drapes of Curtain (2006), Actuator 1-6 acts as a lifesize cabinet of curiosities. During the course of the exhibition, Stage Complex will be expanded upon with an addition developed specifically for and with dancers from the Royal Swedish Ballet.

Schinwald’s Gesamtkunstwerk treads the fine line between repression and play, dysfunction and elegance, the terrifying and the seductive. The artist describes his work as a sort of introspective experience that tries to give form to our complex relationship with ourselves.

With generous support from Farrow & Ball of paint Colour Brinjal, No 222.

During just three days in May (21-23/5), Schinwald’s site-specific installation Stage Complex (2015) will become a point of departure and stage for an innovative dance performance. The performance is choreographed by Markus Schinwald for and with six modern dancers from the Royal Swedish Ballet. A key access point for the project is the artist’s interest in the possibilities and limitations of the human body.

”It is a piece that blurs the boundaries between an intentional movement and the body’s reflexes – sneezing becomes an act and toe dancing an incidental motion.” – M. Schinwald

Read more about the performance.

See filmed documentation of the performance. 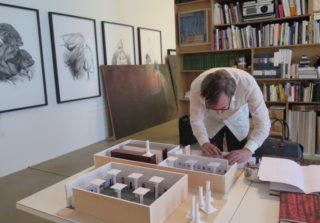 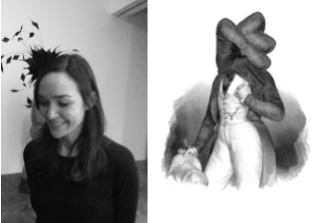 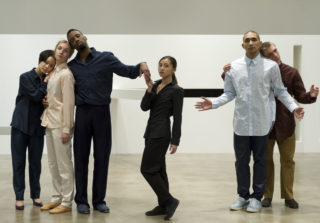