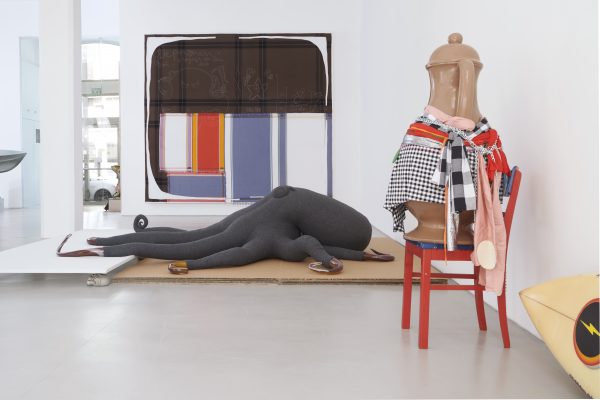 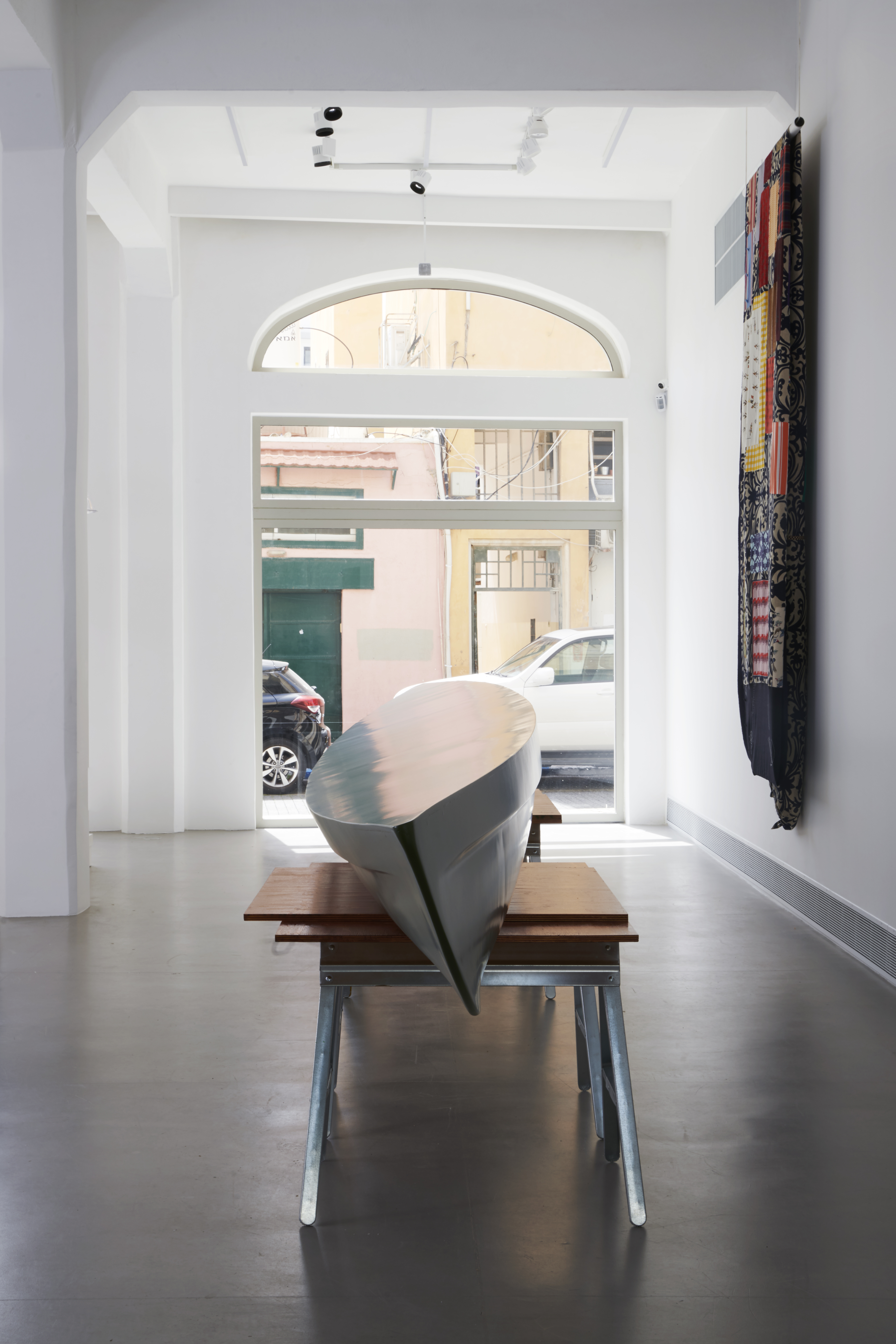 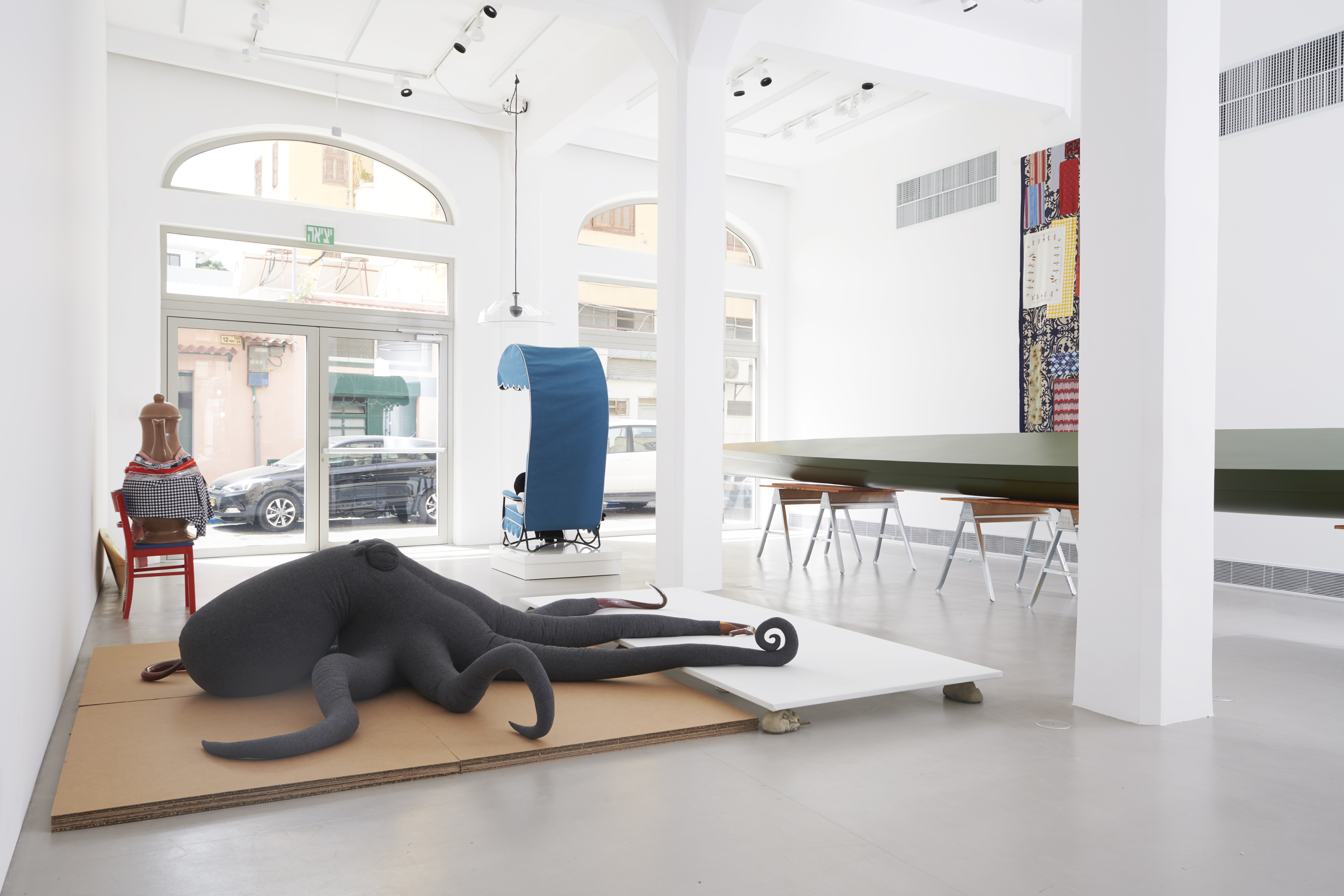 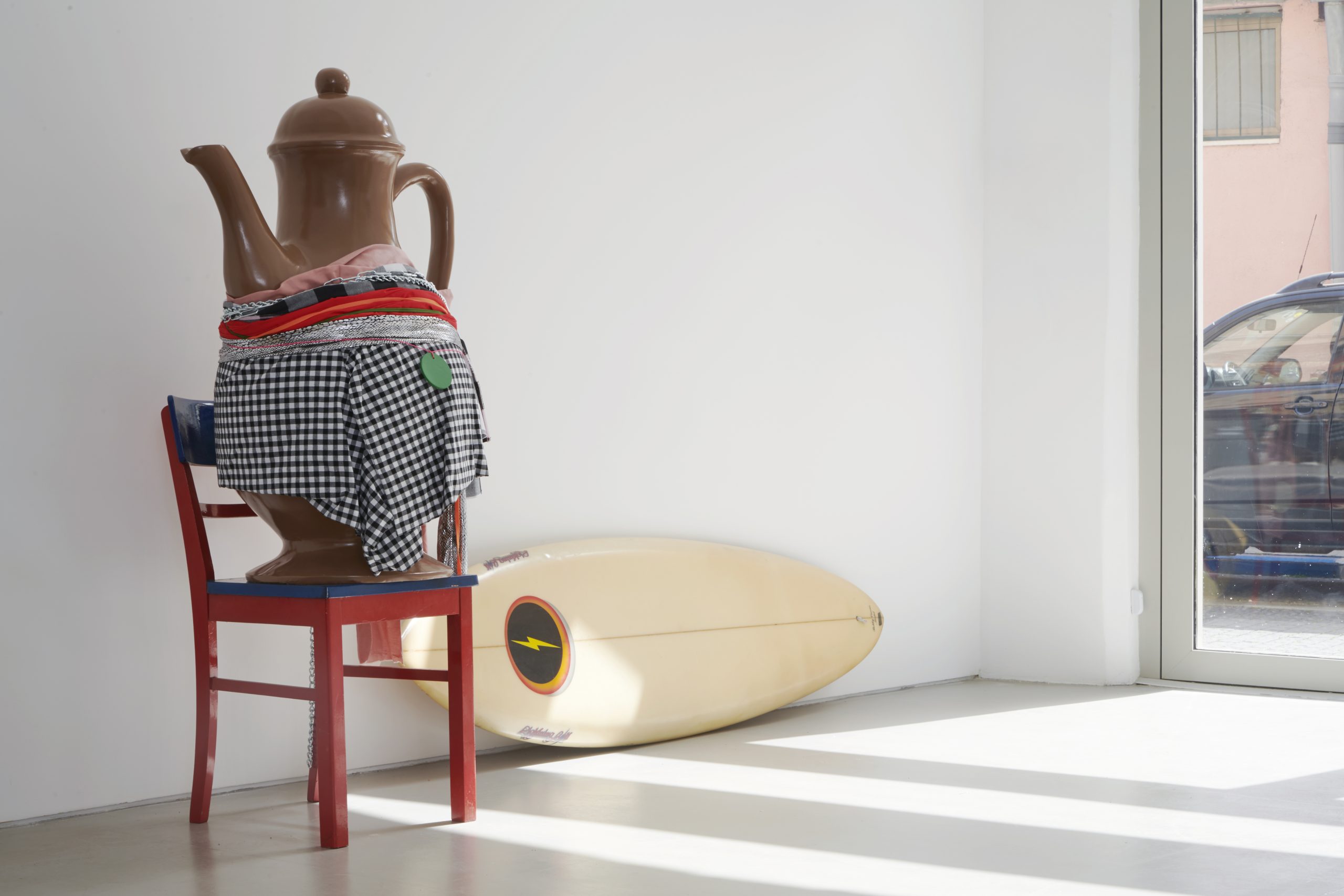 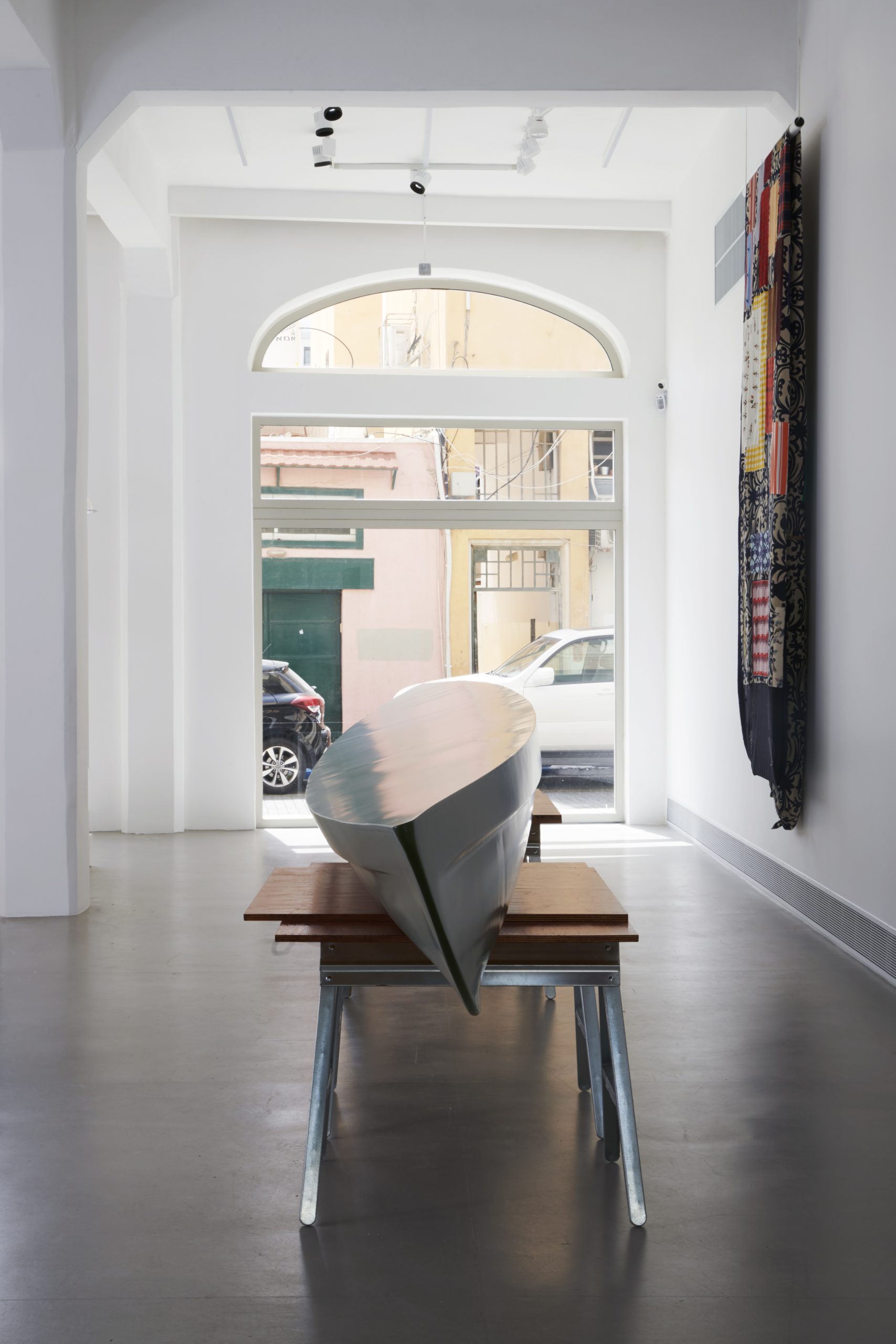 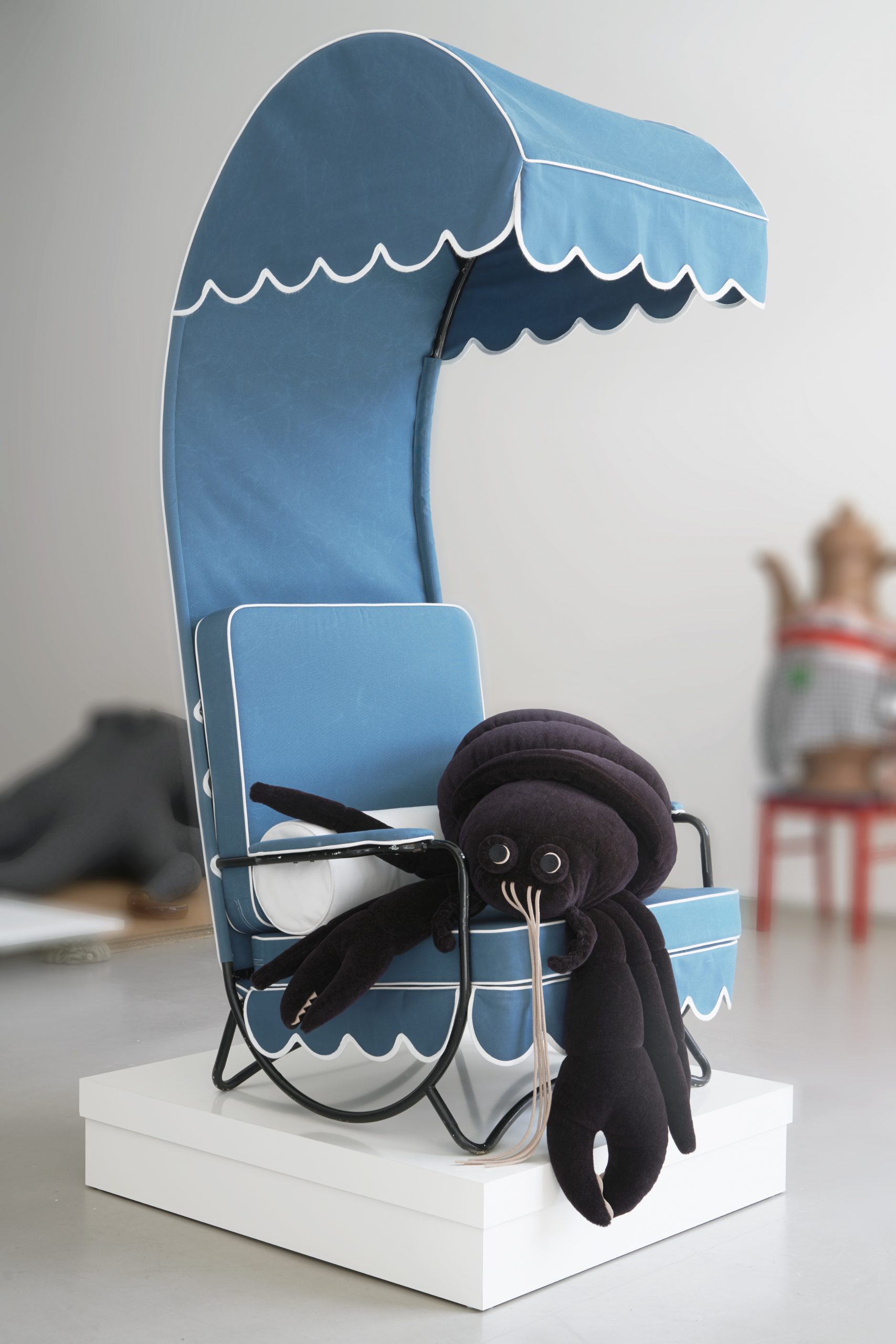 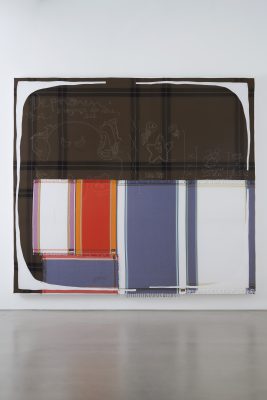 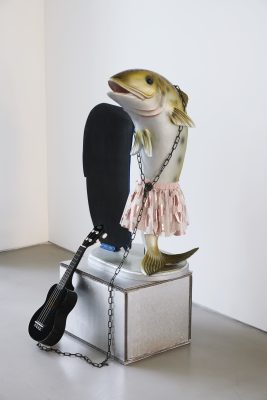 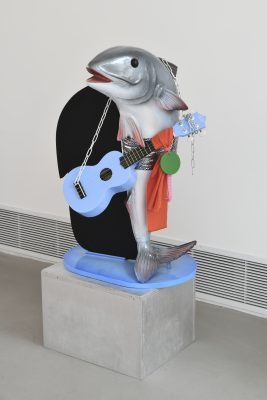 Magasin III Museum & Foundation for Contemporary Art in Stockholm is pleased to announce Ocean and Caffeine by Cosima von Bonin, the third exhibition in its permanent satellite space in Jaffa, greater Tel Aviv since it opened in January 2018.  The solo exhibition will feature seven works by von Bonin, created between 2001 and 2018, and will allow a profound review of the artist’s long-term fascination with the ocean, the different life forms that inhabit it and the relationships between those two and human beings.

Cosima von Bonin is an internationally-renowned German artist. She was born in 1962 in Mombasa, Kenya, raised in Austria, and has lived for decades in Cologne, Germany. von Bonin is known for her large-scale, mixed-media installations that frequently incorporate sculpture, textile “paintings” and sound, as well as film, video and performance. She is inspired by popular and vernacular culture, folk art, fashion, hip-hop, techno and personal experiences. Although in first glance it might look like an amusement park, von Bonin works oscillate between humor and darkness, playfulness and urgency, fantasy and terrifying reality.

Ocean and Caffeine, curated by Karmit Galili from Magasin III Jaffa, features seven works by von Bonin, four of which are part of Magasin III collection. Item (2001), is a 11 meter long boat, dressed in an impressive uniform cover.  This work was produced especially for Magasin III’s 2001 exhibition Free Port. Seasons in the Abyss (2006) features an octopus, a recurring sea creature in von Bonin’s work, made of fabric and glass. Deprionen, A Voyage to the Sea, 2006 is a “textile painting” 3.19 meters long and 3.57 meters wide. HERMIT CRAB IN FAKE ROYÈRE & MVO’S HERMIT CRAB [FAKE ROYÈRE] (2010), this work, accompanied by music written by Moritz von Oswald, features another sea creature pleasantly seated on a chair that was originally designed by the famous interior designer Jean Royère, as part of a set of whimsical garden furniture for Princess Shahnaz, daughter of the Shah of Iran in 1958. WHAT IF IT BARKS 5 (PETITE VERSION WITH BLUE UKULELE) 2018, WHAT IF IT BARKS 6 (PETITE VERSION WITH BLACK UKULELE) 2018 and WHAT IF IT BARKS 7 (COFFEE POT VERSION), 2018, were all created last year, and continue the artist’s exploration of marine motifs, such as dressed up mackerels and surfing boards.

“Ocean and Caffeine is a wonderful and unusual opportunity for local and international audience to view almost 20 years in an amazing artist body of work and creation. It is also both von Bonin’s first exhibition in Israel and the first time that Magasin III Jaffa is showing works from our comprehensive museum collection”, says Karmit Galili.

Outside seating: You’ll get your coffee in a pot!

It started with the traditional, slightly watery filter-coffee. I don’t remember my first sip, but it was the beginning of a lifelong friendship, which I still enjoy.  My second viral memory of coffee takes me back to biology class with Mr. Strunk. While discussing photosynthesis at very great length, he consumed roughly three entire six-packs of Ferrero Pocket Coffee. Every Tuesday I was worried he would die in class: Heart attack, caused by massive consumption of coffee- Oh God and Ha!: Yet another message in my spam folder: I won an automatic coffee machine. Could it be a Senseo coffee maker? In 2003 (when the first ones were introduced) I was almost seduced by means of this particular concoction, but cut it off at the last moment – and this made sense: Sex for coffee: No. It was much later – I was already studying at this point – that I was struck by a wave that connected my interests with the drink: Latte Art: So-called Baristas

embellished almost every foam of every cappuccino I drank with delicate little pattern: I was directly caught up in the third coffee wave, having completely skipped the second one. I don’t really want to remember the details of this second wave, because: Grown men ordered the following: A Latte, please! The pronounciation of Latte Machiatto hadn’t really been determined then on a general level.  (In the age of #METOO there is no longer a problem. So- order!) I guess you would like to put your cup back on its saucer, at this point — but guess what: Cosima von Bonin called her exhibition `Ocean and Caffeine’, thus connecting two important things: The essence of coffee and the place where one should ideally have it: At the seaside. And a pot, which reminds me – every morning – of my lasting friendship, is in the exhibition space and tops everything that was before in a rousing convergence of brown liquids. In this spirit:
Have a lovely Cup or Jug!
Lisa Sträter 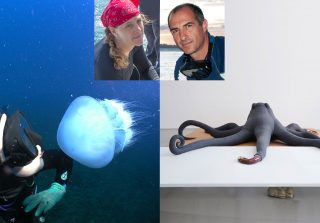 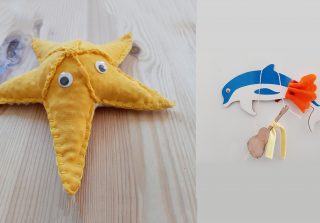 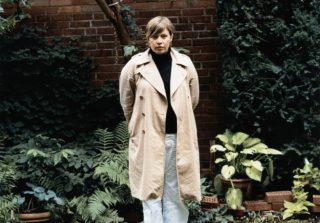