Tino Sehgal, born in London in 1976 and lives and works in Berlin.

Sehgal’s point of departure as an artist is the fact that we are using up more of the planet’s resources than what is necessary for survival. In his work he challenges the notion of production, both artistically and economically, by creating immaterial ways of generating meaning. His artwork exists only in the moment in which it is experienced, and as a verbal narrative when recounted to others. It is not documented by any audiovisual means. His practice revolves around people who are instructed by Sehgal to use their bodies, voices and personalities to interpret a specific set of rules. The reaction or even participation of the spectator gives the possibility for the work to actually happen. He makes a point of the fact that his art is not a performance, a medium which historically has been a reaction to the art market. Sehgal’s pieces exist as exhibitable, sellable and collectable, yet immaterial work.

Three works will be shown at Magasin 3, involving around 30 individuals as interpreters: staff members, academics from various fields and professional dancers. The works are “This is new”(2003), “Instead of allowing some things to rise up to your face, dancing bruce and dan and other things” (2000) and “This objective of that object” (2004).

Tino SehgalThis objective of that object2004

Lecture: Roy Brand. LifeArt – Can life itself be art? 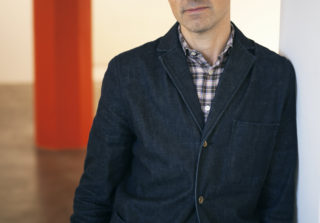 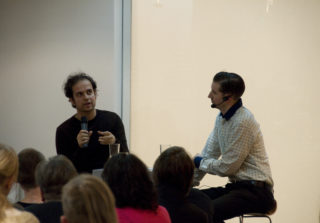