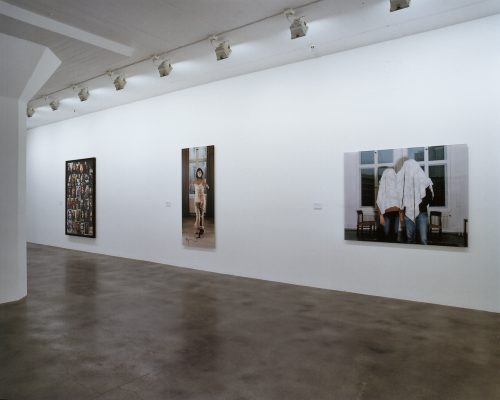 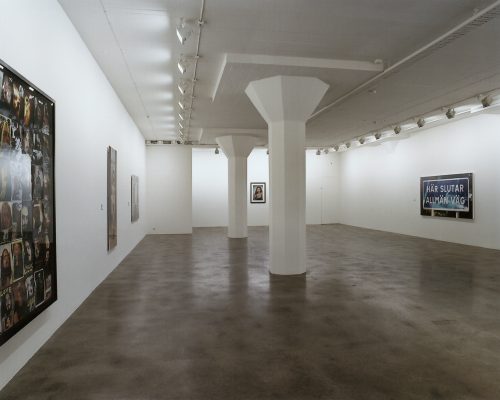 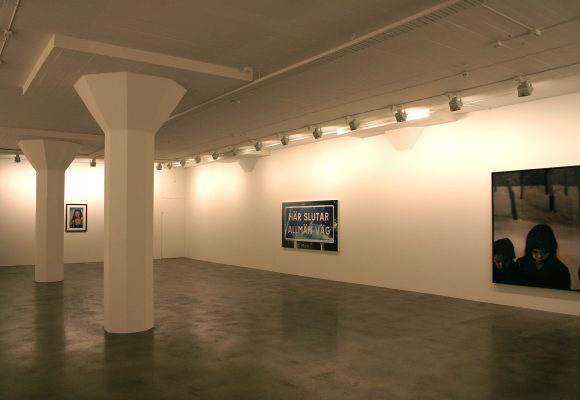 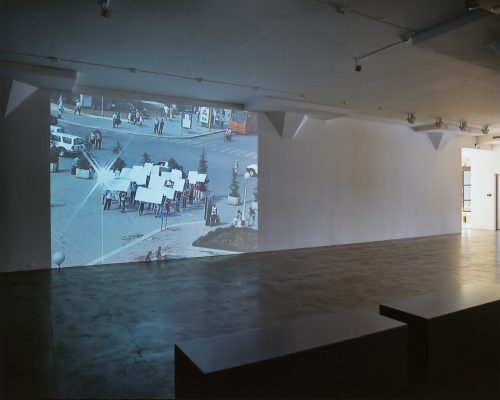 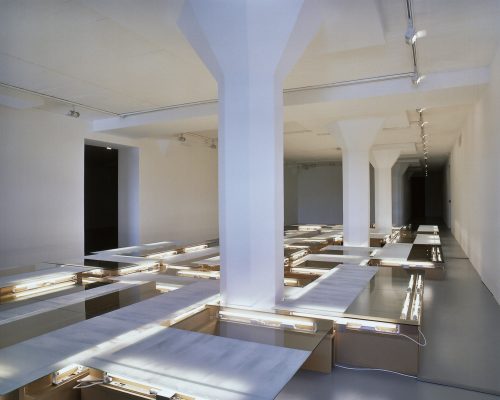 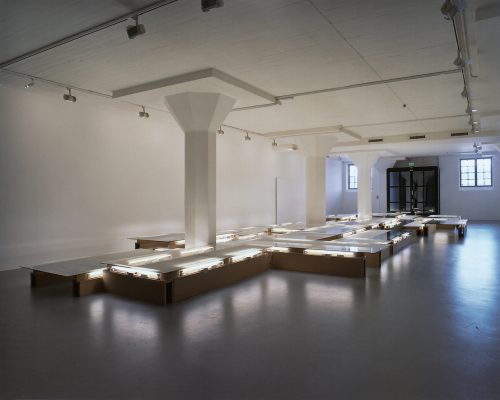 Works from the collection

Annika von Hausswolff
b. 1967, Gothenburg
The Third Position in between Two Worlds Where One Is Called Infidelity and the Other One Decay, 2004
The 21st Century Transitional Object, 2004
In Annika von Hausswolff’s photographs, abstract situations are portrayed, such as fears and power structures. She confronts us with matters of violence, threat and loneliness. The images are carefully prepared, but at the same time they are almost like documentary photographs. The title and the work are not reconstructions but provide two equal parts in the understanding of the image.

Untitled #111, 2004
Anna Gaskell has become famous for her monumental photographs of young girls in various psychologically charged situations. She uses excessive cutting or light, a technique associated with film, in order to emphasize the theatrical and fictitious. The works often origin from stories that Gaskell heard, read or experienced, and which she experiments with. The composition allows the viewer to consider the story and its possible course of events.

Mircea Cantor
b. 1977, Transylvania
The Landscape Is Changing, 2003 (22 min)
In the Romanian artist Mircea Cantor’s video, the visitors are confronted with reflections of the Albanian capital Tirana. The Landscape Is Changing follows a group of protestors, silently marching through the city. In this former communist state, the street parade remains strongly associated with the propaganda marches honouring the former dictator Enver Hoxha. Today open protests are an unusual sight. Their placards carry no message, but are covered with mirrors, reflecting and distorting the cityscape surrounding them.

Dan Wolgers
b. 1955, Stockholm
Här slutar allmän väg IV, 1995-98
Här slutar allmän väg IV was created during a period when Dan Wolgers, both as an artist and a person, was in focus of a hot-tempered debate. The work is included in a series of five photographs and functions as a personal message to the viewer; everyone is welcome to take part of the art but only to a certain extent, then the private and non-public sphere begins.

Jonathan Meese
b. 1970, Tokyo
Sankt Ich V, 2002
This self-portrait photo collage is characteristic for the art of German Jonathan Meese. He works with performance, installations, objects, texts, collages, drawings and painting. Meese is well-known for his use of cheap materials, and as a dedicated collector of the consumer society’s infinite (waste) products. His work can be regarded as time documents of a generation, which does not want to identify itself with the society of today, but instead wishes to create a world of their own.

Cindy Sherman
b. 1954, New Jersey
Untitled #352, 2000
Cindy Sherman’s staged and “disguised” self-portraits comments on the female identity. Dressing up in costumes, wigs and make-up, she takes on different roles and thus challenges social and cultural stereotypes. Sherman does not entitle her works but leaves it to the viewer to fill in or add his or her own interpretations.