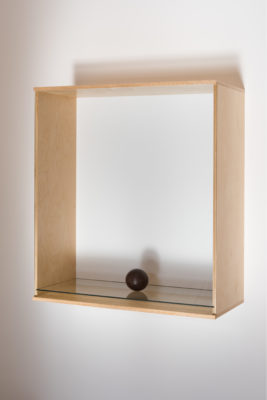 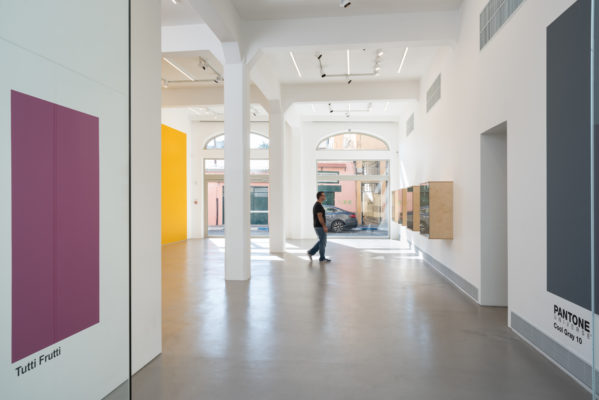 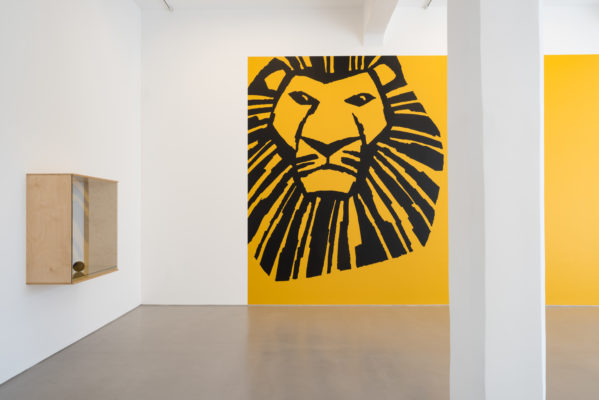 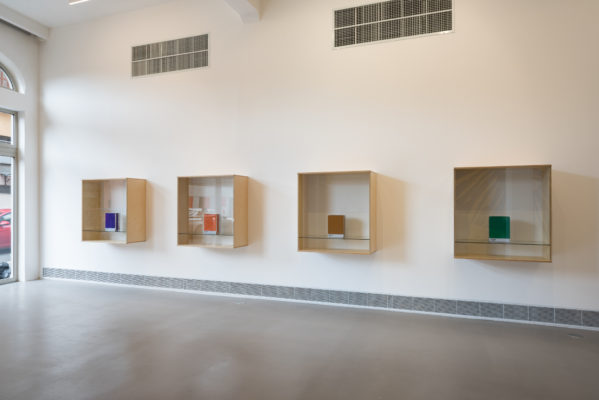 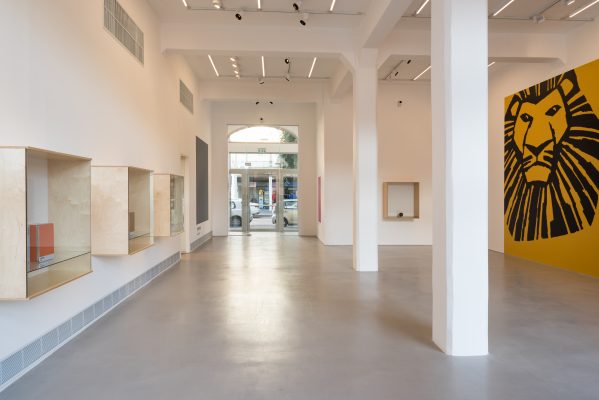 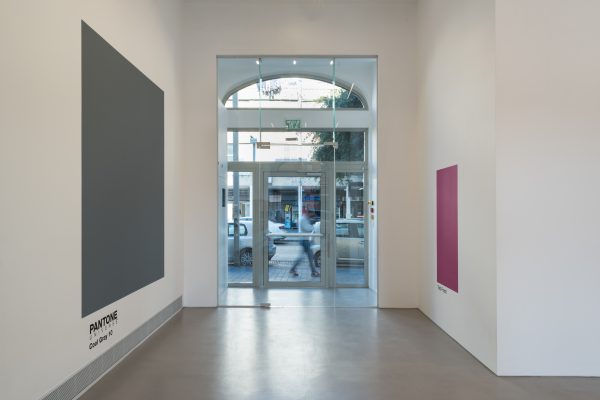 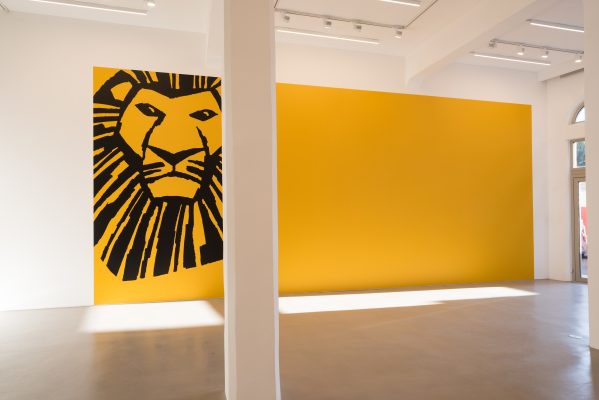 The exhibition zerubbabel by Haim Steinbach not only inaugurates Magasin III Jaffa, it is also the Israeli-born American artist’s first solo show in his home country. The exhibition includes works by Steinbach ranging from recent wall paintings, which focus on the essence of text, imagery and color, to objects presented in his architecturally defined boxes.

Since the late 1970s, Haim Steinbach’s practice has focused on selecting and arranging everyday objects from a spectrum of social and cultural contexts. Engaging them in the play of ‘display’, the objects are staged in their own right, emphasizing their identities, inherent meanings and associations.

Steinbach’s work with language proposes that reading is an act of seeing. He is interested in the vernacular “saying,” the sort of speech that strikes us as both direct and shared, both common and readily understood. The promise of vernacular—in color, catch phrases, ad copy, figures of speech—makes communication seem effortless. Words, objects and images become memorable, easy to repeat. By turning vernacular coloration into wall texts, wall paintings or objects, Steinbach subverts the original context of the language he has found and moves the objects toward new identifications and associations. 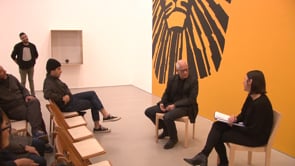 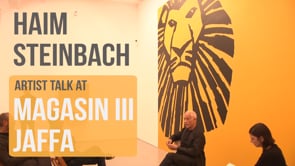 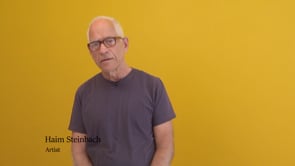 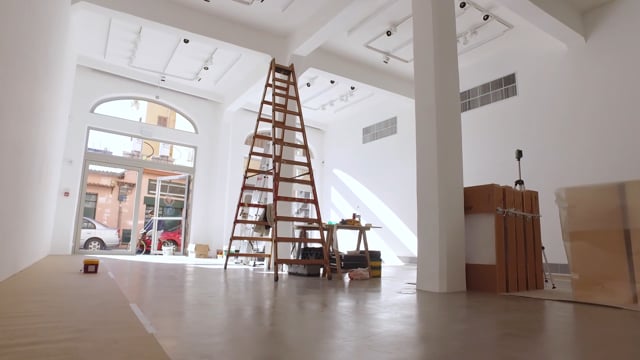 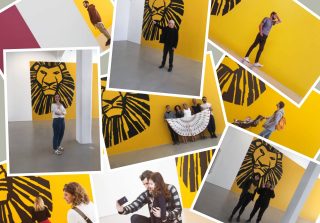 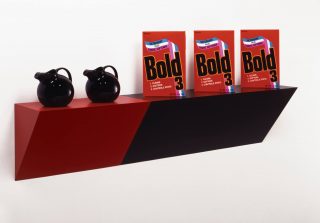 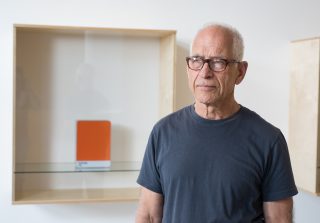