In this podcast Mika Rottenberg talks with curator Tessa Praun about art and the process of putting together the exhibition Sneeze to Squeeze which was exhibited at Magasin III in the spring of 2013. Mika Rottenberg explains how various works evolved, including Tropical Breeze, Dough, Squeeze, and Cheese, tracing from conception through execution and finally to the presentation at Magasin 3.

Mika Rottenberg reveals various sources of inspiration, including Karl Marx’s labor theory, the multifaceted nature of New York City, and a farm in rural Florida. She describes how the factories in her artworks portray closed economic structures that she considers no more peculiar than our absurd reality.
The talk also touches upon intriguing questions of how value is created, the effect of different spaces on the body, the symbiotic relationship between exhibitionism and voyeurism, alchemical transformation, the mystique surrounding certain products and what it is like to participate in a hair convention with the Long Hair Club. 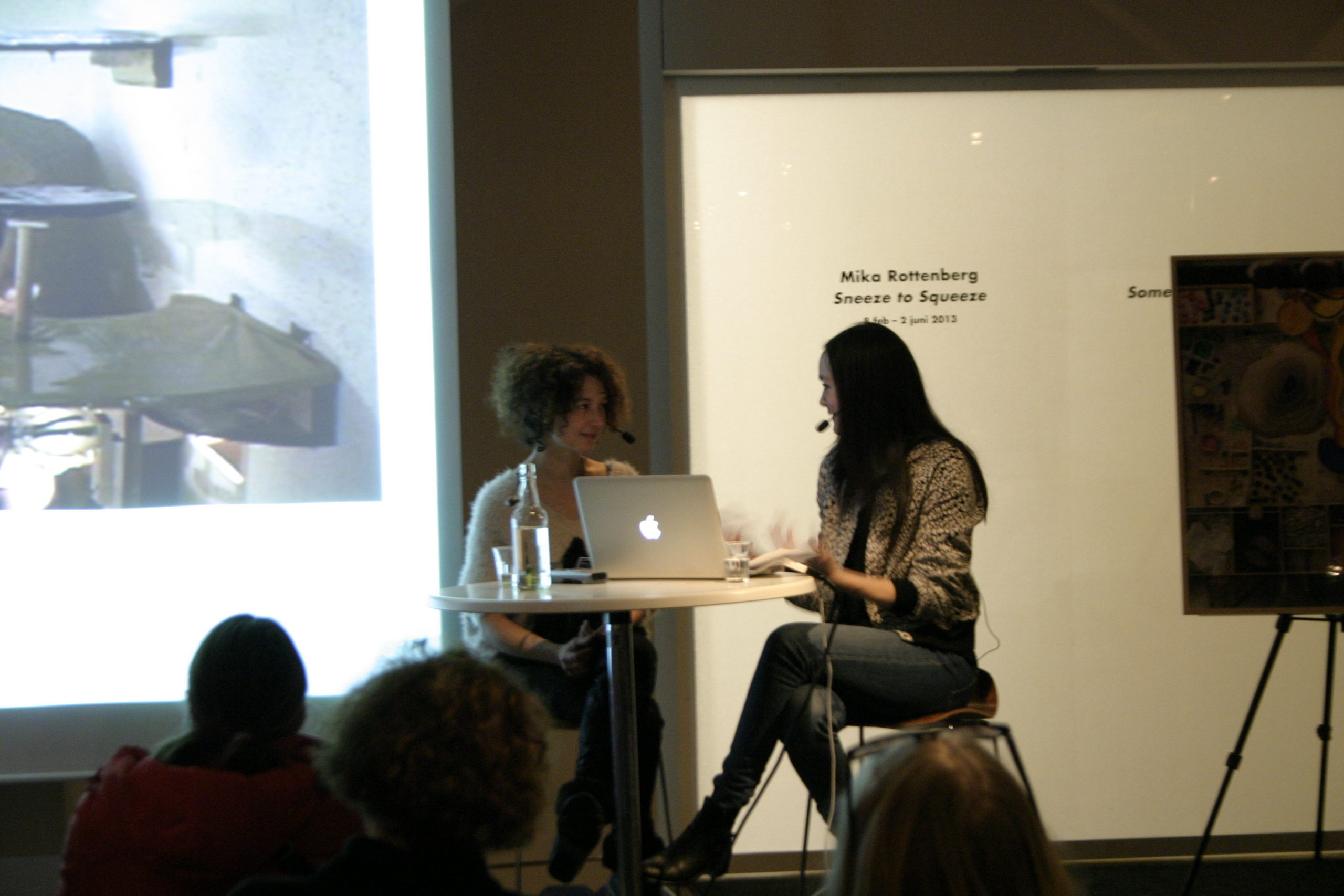