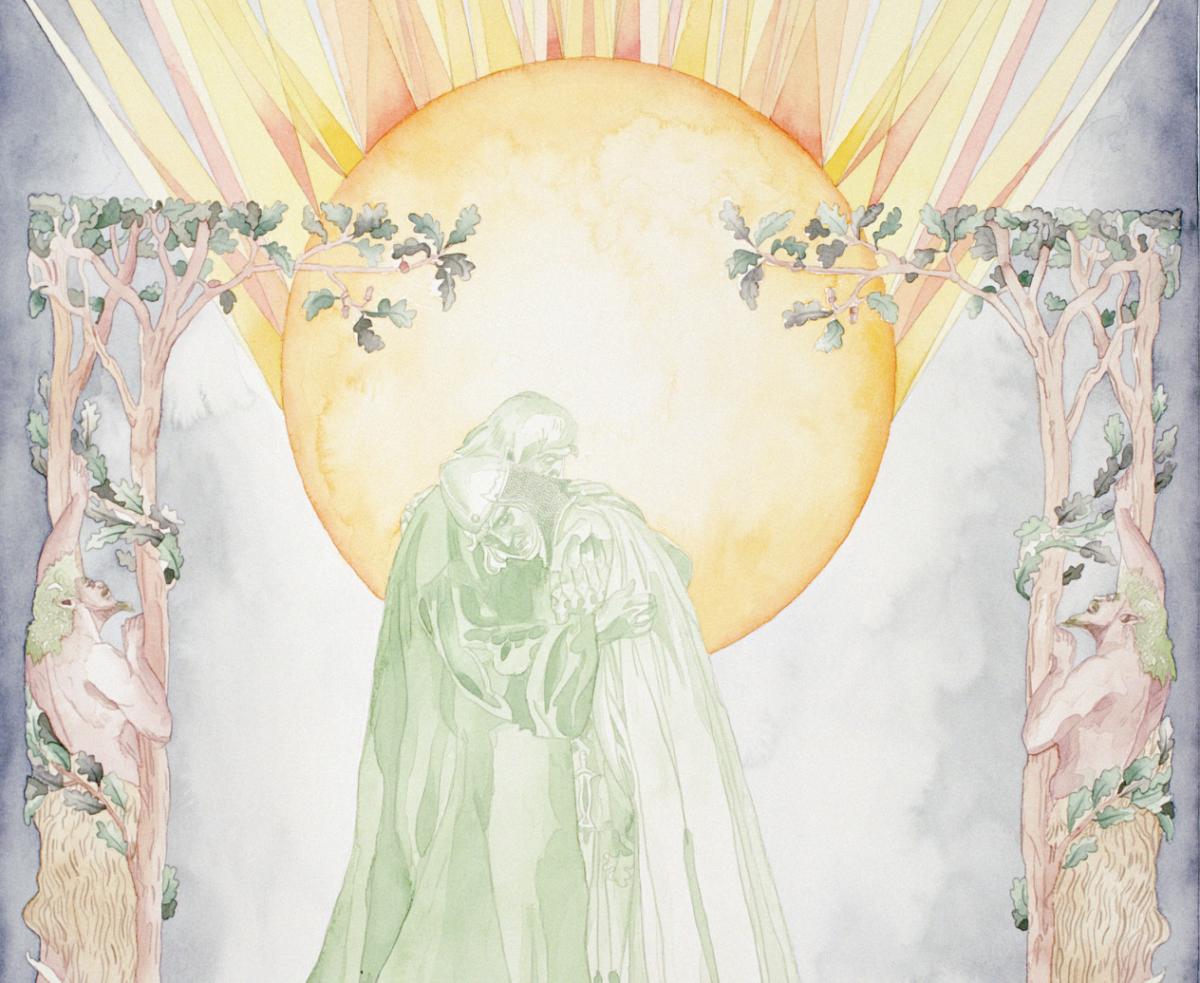 Magasin 3 Stockholm Konsthall presents an exhibition where the artist Fredrik Söderberg (b. 1972) meets the giant of the Swedish artistic canon, Carl Larsson (1853 – 1919). Encompassing the magical, fantastical and enchanting, Fredrik Söderberg’s paintings are a blend of contemporary cultural codes and historical references – of whom Carl Larsson is one.

Fredrik Söderberg describes his works as ’collages’, referring not to the technique used to produce them but to how the content is collated from many different sources. In his watercolors, oil paintings and miniature models we find C.S. Lewis’ world of Narnia, fragments of Nordic mythology, photos of spiritual gatherings, and well-known festivals such as Midsummer. Söderberg creates dreamlike scenes that dwell on the mystical in the everyday and explore its history.

This exhibition includes a selection of illustrations and sketches by Carl Larsson. His whorl of ornamentation and the detailed draw- ings of knights and dark forests place him in a context of renewed interest for contemporary artists. Several of the exhibited works are studies for his monumental paintings where figure drawings and nature studies form the basis of his fantastical compositions. Also included in the exhibition are Larsson’s illustrations of Swedish writer Viktor Rydberg’s romantic tale Singoalla.

Elisabeth Millqvist, the curator of the exhibition, describes the process as follows:
The exhibition started with an urge to investigate why, in the year 2008, art is crawling with witches, shamans and sacrificial rites. This led me to delve into Fredrik Söderberg’s oeuvre since he has worked with related themes in the last ten years. In his work there are several paraphrases of Carl Larsson’s motifs. I wanted to bring out these references and show a Carl Larsson that seems relevant today. This is how contemporary fantasy ended up next to the dark forests of National Romanticism’s mythical worlds.

In descriptions of contemporary art, terms such as narrative and fictional worlds recur. But what kind of narratives do we see? Through the work of Fredrik Söderberg, this exhibition explores the contemporary preoccupation with a search for something beyond a rational worldview. By bringing together the work of these two artists Söderberg’s referential working method is highlighted and Carl Larsson’s work serves as testimony to an historical interest in the same charged symbols and searching in a different age. In this exhibition including over 40 works the visitor is invited to take part in a world of mystical heroes and supernatural phenomena in art dated from the 1890s to the present.

Fredrik Söderberg graduated from Konstfack in 2000. Parallel to his exhibition at Magasin 3 Stockholm Konsthall he will be opening a solo exhibition at Milliken Gallery, Stockholm. This spring he participates in the Armory Show, as well as exhibiting at the Rental Gallery in New York. This exhibition was preceded by a show at Galleri Brandstrup in Oslo in 2007. In Sweden Söderberg has been included in group exhibitions at Skulpturens hus, Stockholm (2004), Marabouparken, Sundbyberg (2004) and Dunkers kulturhus, Helsingborg (2003), amongst others. In addition the artist has designed several album covers for IDEAL records.

Carl Larsson is perhaps Sweden’s best-known and most beloved artist. After attending the Royal Academy of Fine Art in Stockholm he worked as an illustrator of books, magazines and newspapers. He also spent several years in France. On his return to Sweden he and his wife Karin Larsson, also an artist, combined traditional rural Swedish design with modern concepts of color and pattern in the family’s newly acquired house in the village of Sundborn in Dalecarlia. The Larssons created a style that has had extraordinary impact on interior design both nationally and internationally. In 1997 the Victoria & Albert Museum in London presented an exhibition entitled Carl and Karin Larsson: Creators of the Swedish Style which underlines the importance of their design work. In 1894 Carl Larsson began to paint a series of watercolors of his home and family, which were published in book form in 1899 under the title Ett hem (A home). These works have been strongly influential in the creation of the image of Sweden, and have spread the knowledge of their design. As an artist he created several prominent monumental works, such as large frescoes in schools, museums and other public buildings. Carl Larsson is represented in all major Swedish museum collections.

Panel discussion: On painting and ’the good’ in art. Richard Julin, Kristina Jansson and Fredrik Söderberg 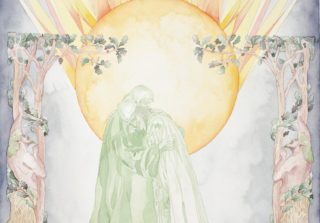