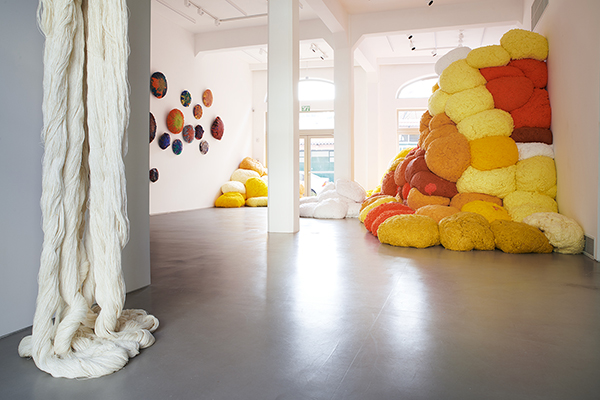 Magasin III Museum & Foundation for Contemporary Art in Stockholm is pleased to announce Migdalor by Sheila Hicks, the second exhibition in its permanent satellite space in Jaffa, greater Tel Aviv since it opened in January 2018. The solo exhibition will feature a series of Hicks’ distinctive and vibrantly-colored sculptures, created from materials ranging from the traditional and natural – such as linen and cotton – to newly researched industrial materials based on new technologies.

Sheila Hicks is an internationally-renowned American artist, based in Paris since the mid-1960s with a career spanning six decades. She is known for her ground-breaking use of materials and color, and has redefined boundaries through her practice. Inspired early in her career by pre-Columbian textiles, Hicks is constantly innovating, and her brightly colored works transform and adapt to each new environment.

Migdalor, curated by Karmit Galili from Magasin III Jaffa, features three significant recent installations by Hicks. The monumental Saffron Sentinel (2017) is the principal work that will occupy a large section of the exhibition space and be visible from both windowed façades day and night. Hicks originally produced this massive presence for her retrospective exhibition at the Centre Pompidou this past winter.  More than 200 bundles of pure pigment, transformed into loose fiber, are stacked and piled floor to ceiling inviting the visitor to become immersed in color fantasies.

Also on view will be Hicks’ Comets Sculpture (2016-2018), a bas-relief sculpture composed of circular sculptures in a range of vibrant colors, textures and shapes extended along one of the major walls. An earlier version of this dramatic ensemble was presented in the Musée d’Art Moderne in Paris this year.

The third work in the exhibition, titled Menhir (2016), is a soft column made of linen strands.

Hicks chose the exhibition title Migdalor (the Hebrew translation for “Lighthouse”) as a symbolic reference to forms that can be path finders.

“This is a wonderful opportunity for the Israeli and international audience to experience the work of an artist whose fascination with new and unusual materials, together with her deep interest in traditional production of materials in various cultures, contributes to our cultural understanding”, says Karmit Galili.

In January 2018 Magasin III opened a permanent satellite space in Jaffa, with an inaugural exhibition by Haim Steinbach. The space is located at 34 Olei Zion Street, in a residential neighborhood rich with history and cultural diversity that borders Jaffa’s famous flea market. Magasin III Jaffa’s diverse program features both local and international artists.

About Sheila Hicks
Sheila Hicks was born in Hastings, Nebraska and received her BFA and MFA degrees from Yale University. She received a Fulbright scholarship in 1957-58 to paint in Chile. While in South America she developed her interest in working with fibers. After founding workshops in Mexico, Chile, and South Africa, and working in Morocco and India, she now divides her time between her Paris studio and New York. ​

Hicks has exhibited internationally in both solo and group exhibitions. She was included in the 2017 Venice Biennale, 2014 Whitney Biennial in New York and the 2012  São Paulo Biennial in Brazil. Recent solo presentations include “Lignes de Vie” at the Centre Pompidou in Paris in 2018, “Free Threads” 1954-2017 Museo Amparo, Mexico, “Pêcher dans La Rivière” at the Alison Jacques Gallery, London (2013); “A major retrospective Sheila Hicks: 50 Years” debuted at the Addison Gallery of American Art and traveled to the Institute of Contemporary Art, Philadelphia and the Mint Museum, Charlotte, NC. 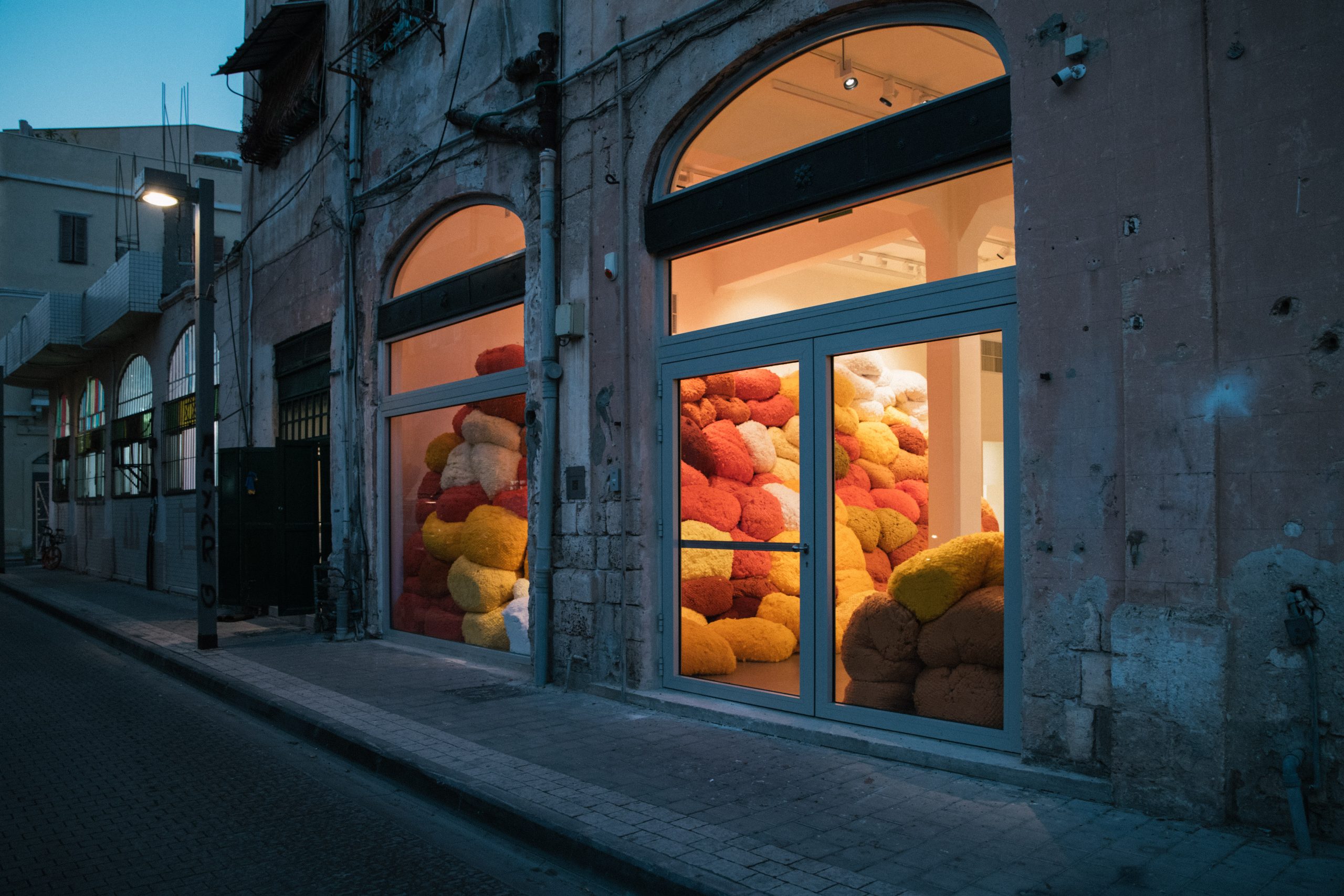 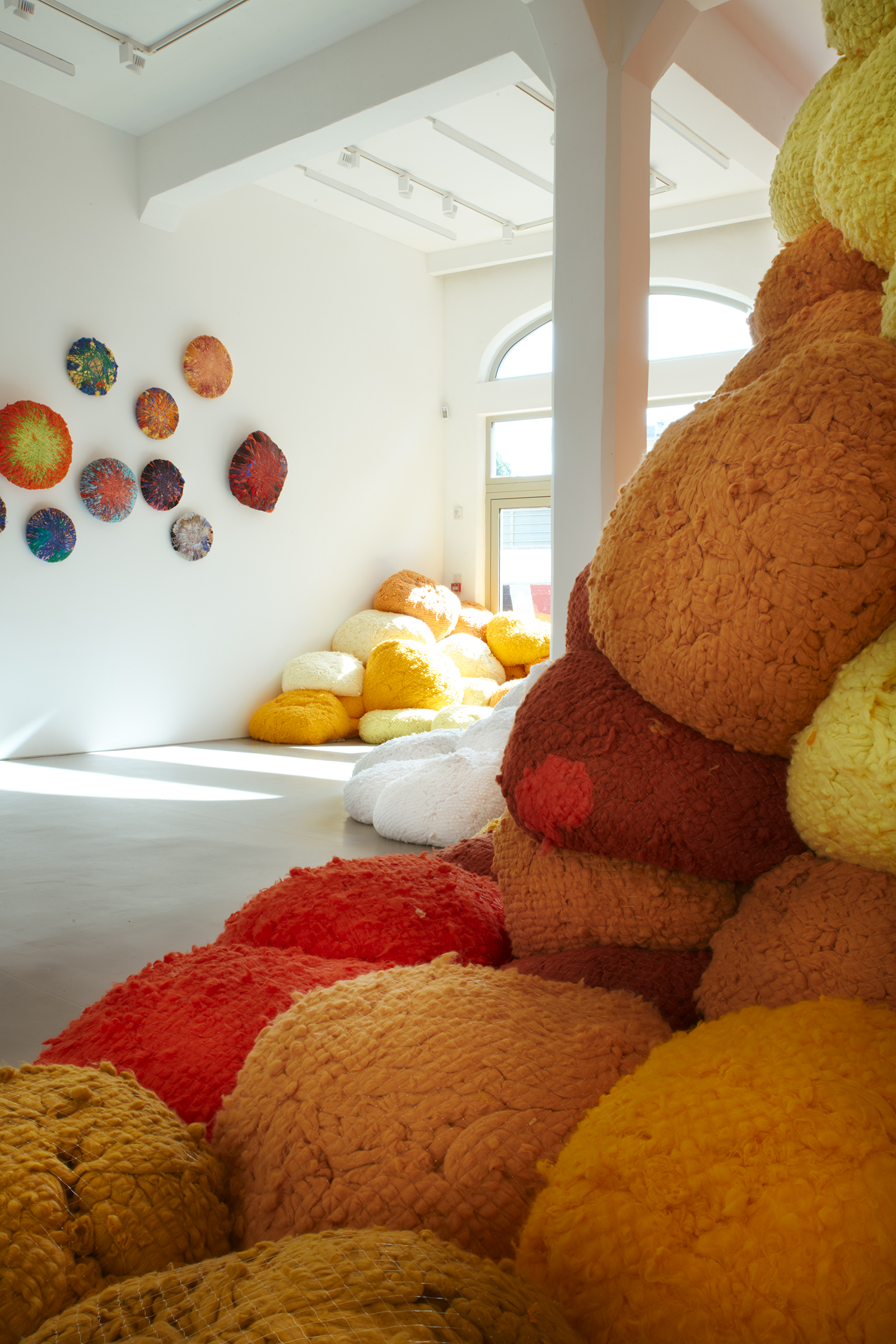 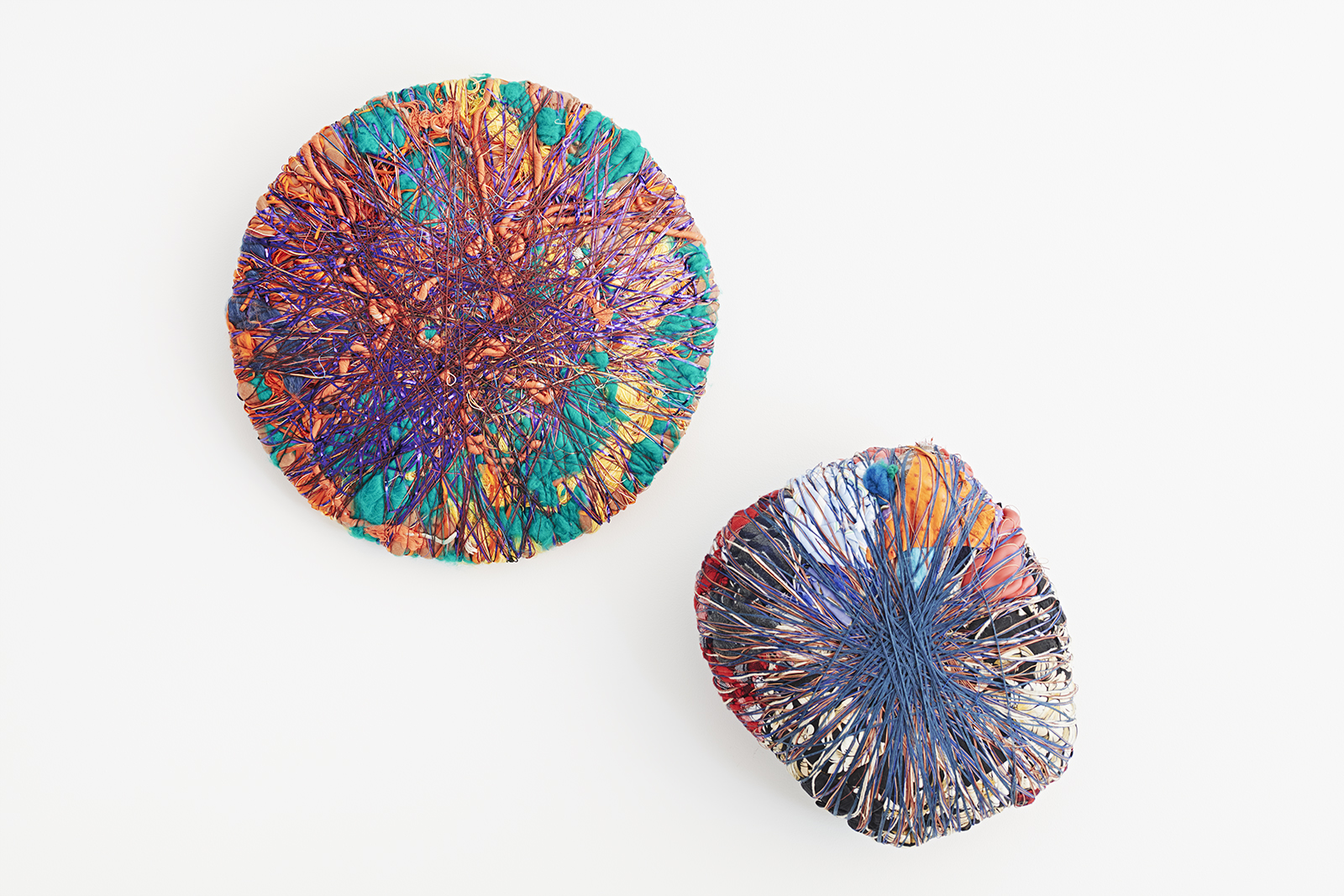 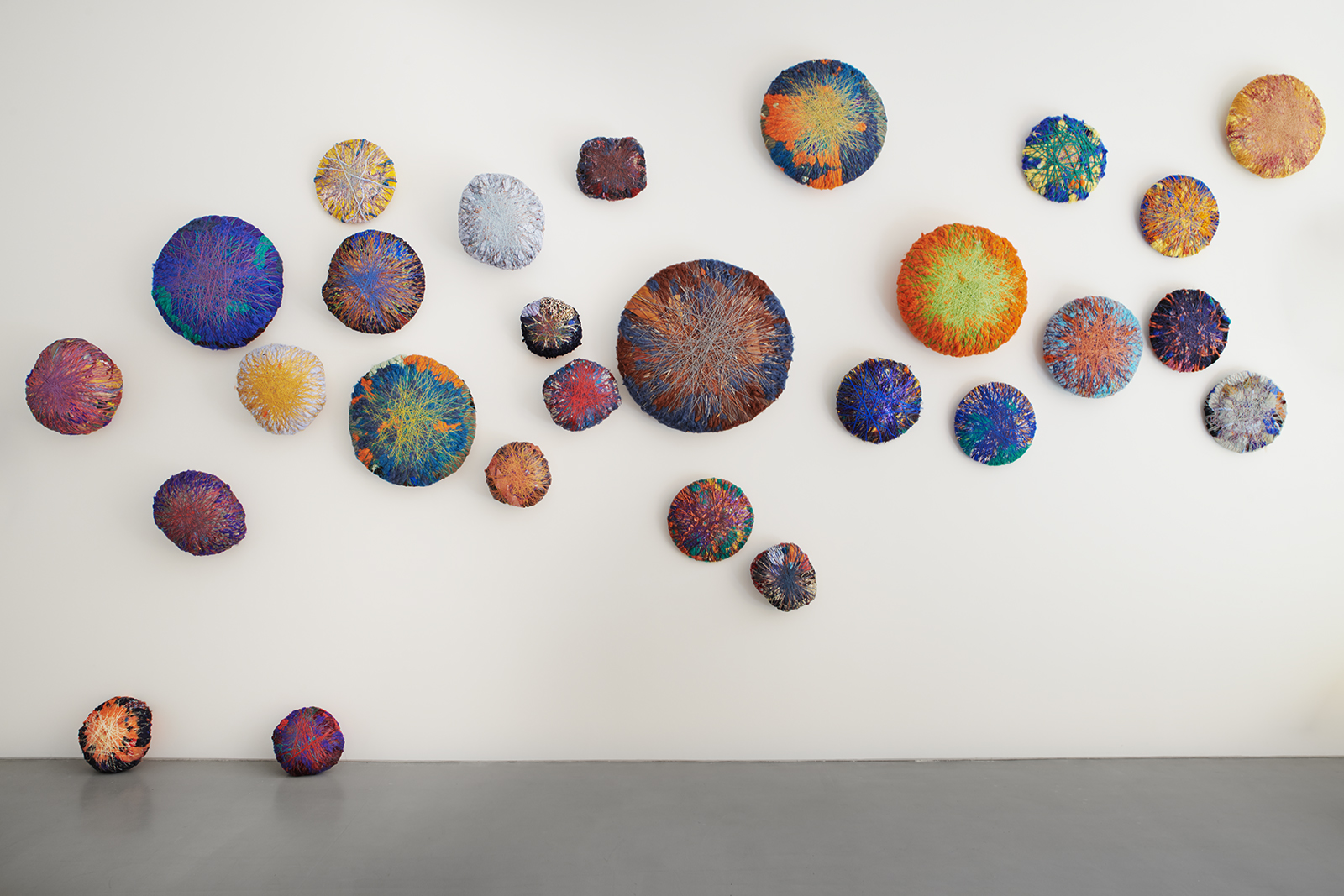 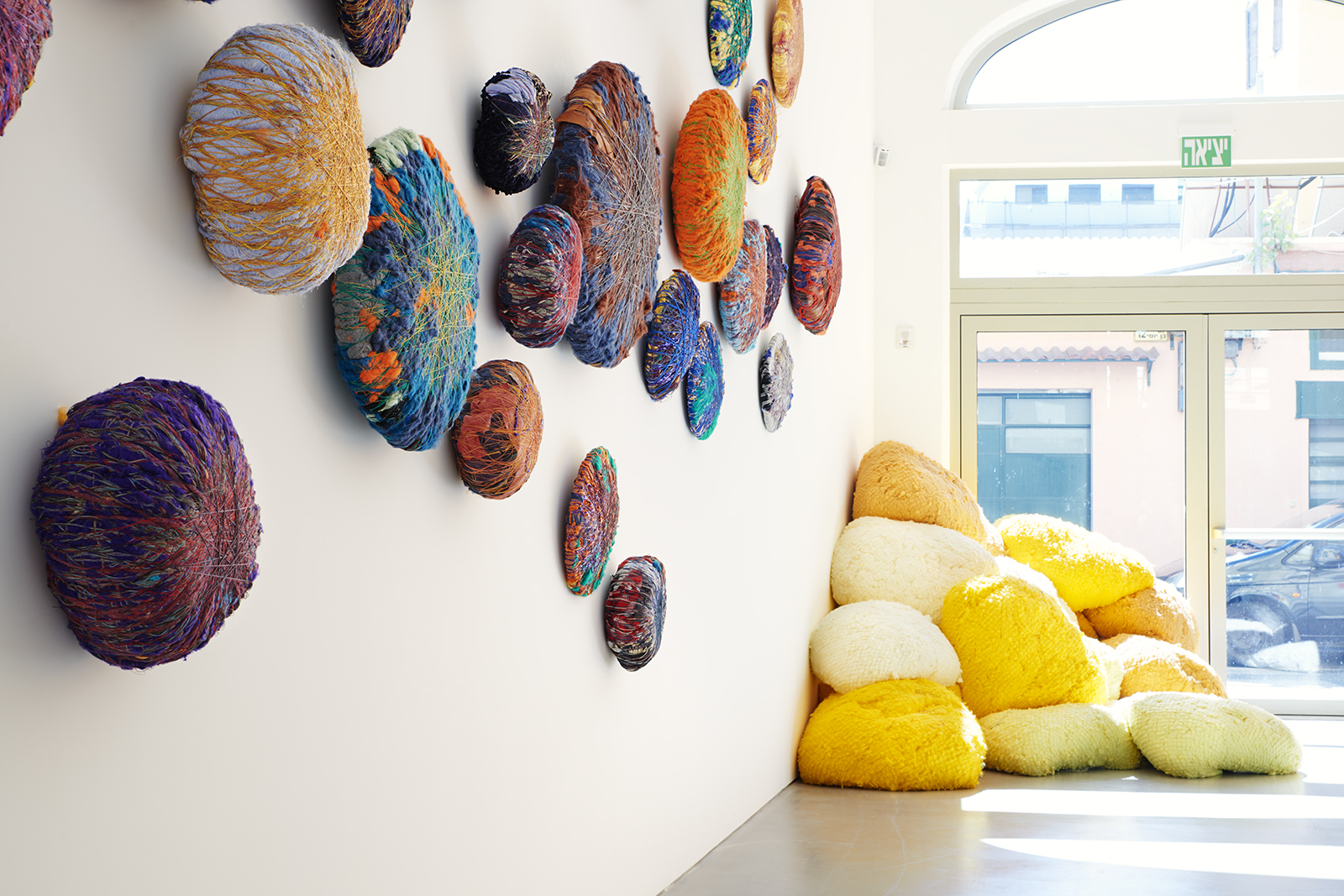 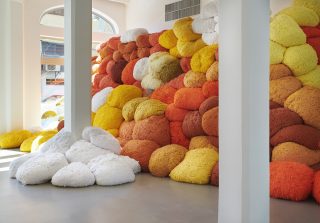