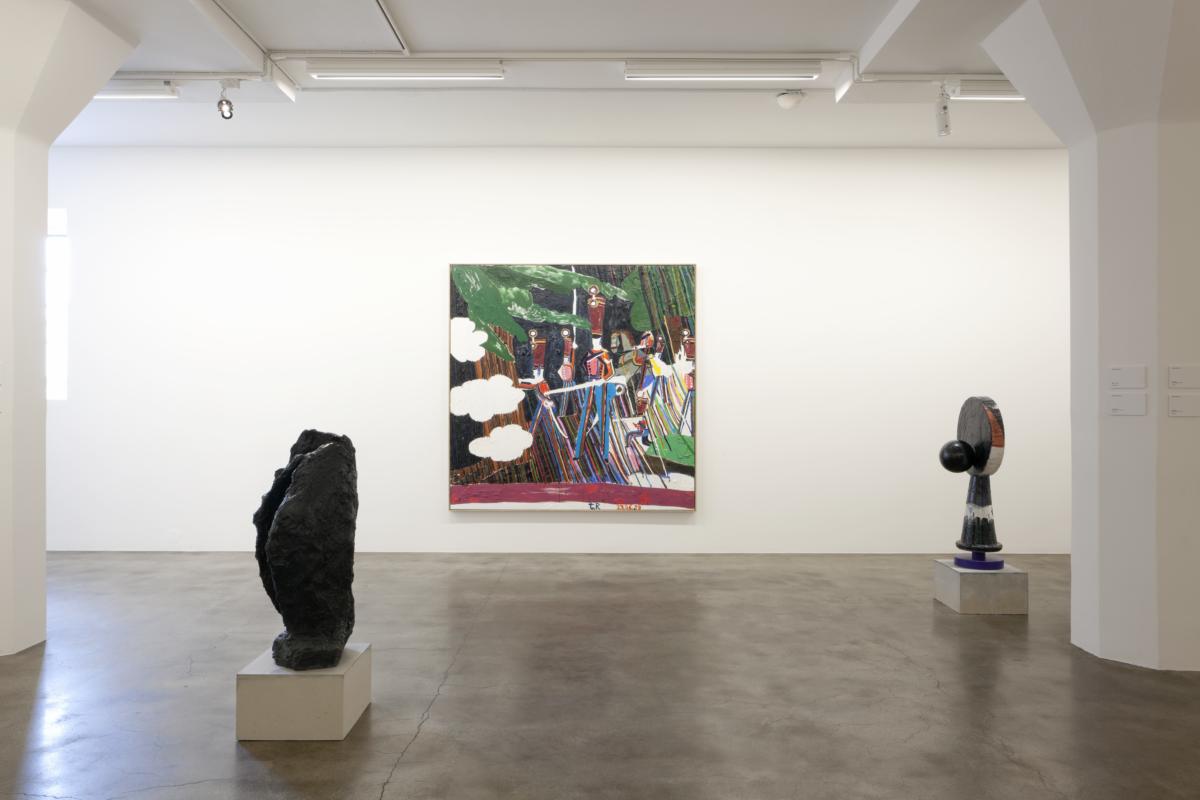 MUSEUM MAGASIN 3 – PRESENTATIONS FROM THE COLLECTION

Starting in fall 2011, Magasin 3 will dedicate two galleries to annual exhibitions featuring works from the permanent collection. These presentations will provide the opportunity for recollections and reflections upon artists that Magasin 3 has followed over the years.

The first gallery presents a group of works by Cosima von Bonin, a Cologne-based artist. In her imagery, we encounter creatures and objects that seem to have escaped from a kindergarten. Larger than life they sit perfectly poised as if at the beach or on the ocean floor upending all preconceptions. Although Cosima von Bonin has been included in group shows at Magasin 3, this is the first solo presentation of her works, and includes an exciting new acquisition.

The second gallery is a meeting between two celebrated Danish artists: Per Kirkeby and Tal R. Both have previously been featured in solo exhibitions at Magasin 3, yet this new context places their paintings and sculptures side-by-side—an encounter that lends itself to visual rapture and existential analysis.

Museum Magasin 3 exhibitions are created by the curators at Magasin 3. These first presentations are curated by museum director David Neuman assisted by Bronwyn Griffith, Assistant Curator of Collection Research.

In conjunction with the exhibition Magasin 3 publishes a katalog in newspaper format. Content:  Texts by Museum Director David Neuman; John C. Welchman, Professor of Modern Art History at University of California, San Diego; and interviews with curators Richard Julin and Sara Källström. The magazine is handed out free of charge to all museum visitors. It will also be distributed in 70 venues around Sweden together with the magazine Artlover.

Cosima von Bonin is one of the most influential and productive artists in Germany today. Her work encompasses sculpture, photography, textile “paintings”, installations, film, video and performance, making it difficult to place within a specific genre. Often large in scale, her installations include all of the above media, and sometimes also feature the work of fellow artists, or artists with whom she feels a certain kinship. She has an on-going collaboration with the DJ Moritz von Oswald and also runs a record company with Justus Köhnke.

Her work is free-flowing, a reaction to impressions from popular culture, folk art, fashion, hip-hop, techno and personal experiences. Von Bonin creates worlds governed by their own social order—exploring notions of free play and indoctrination, structure and improvisation, gender and identity—in pieces that are often absurd and humorous.

Cosima von Bonin was born in Mombasa, Kenya in 1962 and currently lives and works in Cologne. She has had solo exhibitions at Tate Liverpool, Documenta 12 in Kassel, The Museum of Contemporary Art in Los Angeles, Kunsthaus Bregenz, Witte de With in Rotterdam and Museum Ludwig in Cologne. Her work has previously been presented at Magasin 3 including the exhibitions Freeport (2001), for which she created the work Item, To be continued… (2007) and BETWIXT (2008). The newly-acquired piece Hermit Crab in Fake Royère is now shown at Magasin 3 for the first time.

Tal R is Denmark’s currently most prominent painter, and he has won much critical acclaim internationally. After graduating from the Royal Danish Academy of Fine Arts in 2000 he won the prestigious Carnegie Art Award for painters in 2002. Tal R is best known for his colorful, naïve and partially abstract large-scale paintings; however, he also works in other media such as sculpture, drawing, installations, video and textiles. Most recently he has been involved in developing the experimental clothing line MoonSpoon Saloon. Tal R’s motifs are inspired by advertising, horror films, children’s drawings, newspapers and encounters with other people. In his paintings he likes to play with perspective, framing, surface and shape. He implements his own kind of cubism, as he puts it.

Tal R was born in 1967 in Israel but spent most of his childhood in Copenhagen where he still lives today. He holds a guest professorship at Kunstakademie Düsseldorf, which he often “exchanges” with colleagues at other art academies. His work has been presented in numerous solo exhibitions at institutions such as Louisiana Museum of Modern Art in Humlebæk and Der Kunstverein in Hamburg. Tal R has previously been presented at Magasin 3 in a solo exhibition Old Confused (2009) and in Thrice upon a time (2010).

Per Kirkeby is best known for his large painterly constructions, often based on the Scandinavian landscape, as well as for his monumental brick sculptures. Kirkeby has an existential perspective and a keen ability to capture the untamed forces of nature and life. He first studied geology at the University of Copenhagen before becoming involved in the radical Den Eksperimenterende Kunstskole in Copenhagen and in the Fluxus group. Other influences include 1960s artistic movements such as pop art, performance and minimalism. Kirkeby also worked with film and in his Masonite paintings from the period he mixes pop culture references with visuals taken from the world of advertising. His international breakthrough came in the 1980s with his large, abstract, expressively colorful paintings and sculptures in bronze and brick. Several monumental brick sculptures by Per Kirkeby are on view in Sweden, including Moderna Museet in Stockholm and Wanås sculpture park.

Per Kirkeby was born in Copenhagen in 1938. His work has been widely exhibited and is included in the collections of some of the most important institutions of modern art such as the Modern Museum of Art and Metropolitan Museum of Art, New York and Centre Pompidou, Paris. His most recent solo exhibitions have been held at Louisiana Museum of Modern Art in Humlebæk, Tate Modern, London and Museum Kunstpalast, Düsseldorf. Kirkeby has also published novels, a collection of poetry, essays on art and architecture and the work of other artists. A member of the Danish Academy since 1982 he became an honorary member of the British Royal Academy of Arts along with fellow artist Ai Weiwei in 2011. Magasin 3 presented a solo exhibition of Per Kirkeby in 1999. 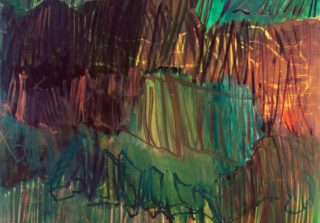