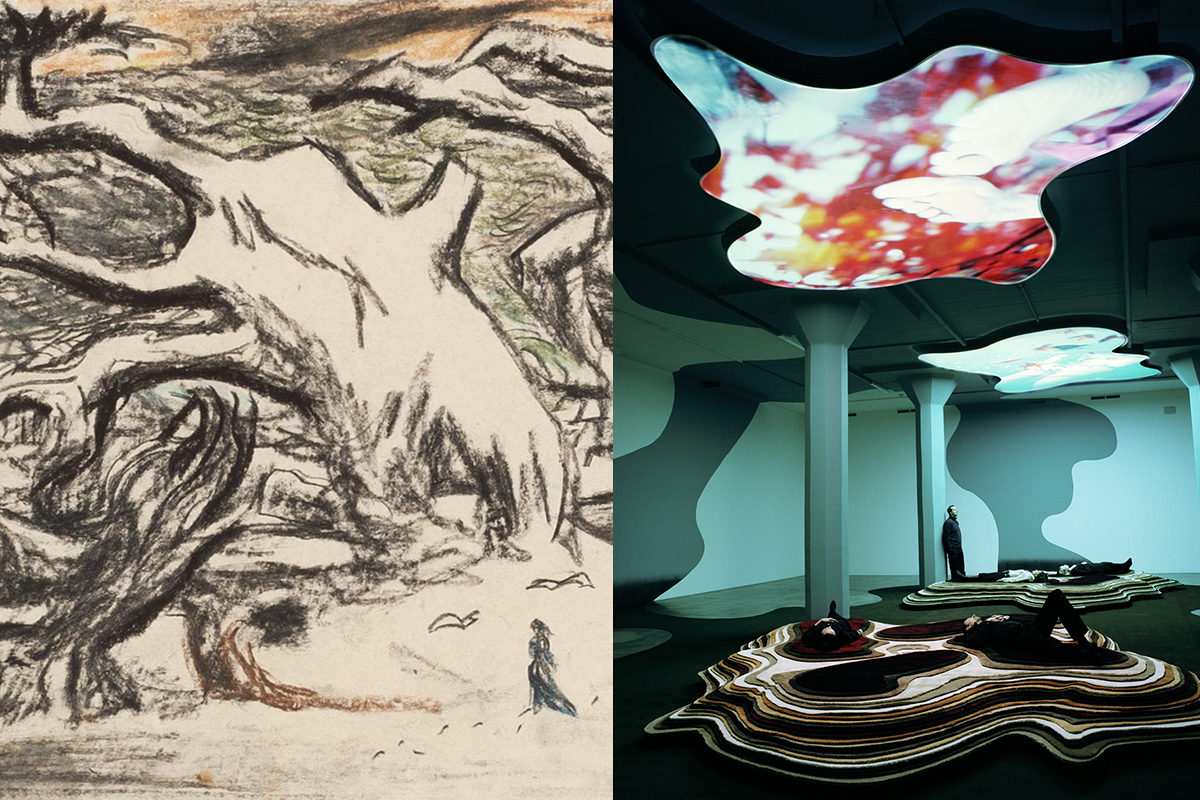 The spring’s main exhibition, I’m Still Here, features artworks that draw out different aspects of what it means to be human. Mirroring the complexity of the human experience, the exhibition is a fragmentary compilation of character traits, behavioral patterns and impulses.

“The title of the exhibition is like a poetic depiction of the human state. It marks a pause in the constant search for identity, and acts as a reassuring confirmation of one’s own existence.”
–Richard Julin and Tessa Praun

I’m Still Here presents sculpture, painting, photography, installations and film works by twenty Swedish and international artists from the Magasin 3 collection. Some of the works are being shown at Magasin 3 for the first time. The exhibition also sees the return of a number of artworks produced specifically for us, such as Pipilotti Rist’s monumental Tyngdkraft, var min vän, (Gravity, Be My Friend), and major works by Christian Boltanski, John Bock, Sofia Hultén and Lars Nilsson.

Magasin 3 presents some seventy drawings from its unique collection. Works on paper are often uncensored and seldom reworked—capturing the spontaneous and direct expression of the artist. The exhibition features a wide range of work dating from the mid-1800s to drawings completed just a few weeks ago. Visitors will have the opportunity to sit down in the exhibition space and contemplate the visual reality, just like in old-fashioned “drawing rooms.”

For more than twenty-five years, Magasin 3 has created exhibitions that present large-scale work by international artists for the first time. One could even venture to say that it has become something of our hallmark. The collection includes hundreds of works by some of the most interesting artists of our time. Parallel to the acquisition of large-scale works for which we are best known, the museum director David Neuman has also pursued a long-standing interest by systematically collecting works on paper.

“The drawings collection at Magasin 3 has considerable breadth, not only because it spans almost 300 years, but also because it shows creation at its best. In my experience, the creative act exists beyond time and space. The questions, the observations, and the intensity of these works show with brutal clarity how mankind has forever been occupied with similar issues, which I find so liberating.”
–David Neuman