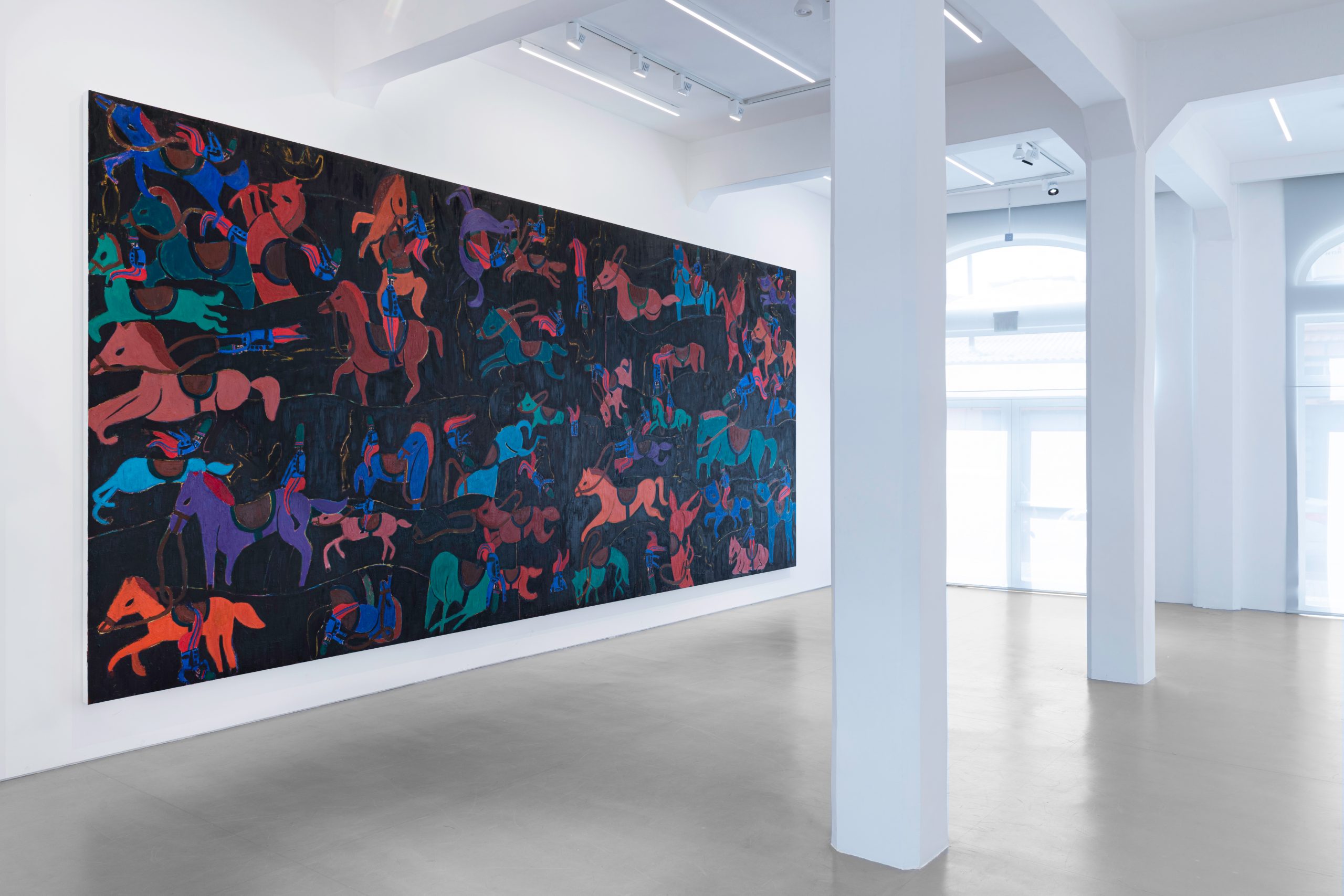 Magasin III Jaffa, is pleased to announce its upcoming fall schedule, : Men Who Can’t Sit on Horses, a solo exhibition by artist Tal R, featuring one singular painting, Natten (The Night), commissioned especially for Magasin III Museum & Foundation for Contemporary Art. An artist of international renown, Tal R (Rosenzweig) was born in 1967 in Tel Aviv, Israel and at an early age moved to Copenhagen, Denmark where he currently lives and works.

Tal R is known for his daring use of color and vivacious imagery. Throughout his works, references to historical art movements such as Expressionism, Fauvism and Symbolism can be found alongside influences from Outsider Art and children’s paintings. He works across a diverse range of media including painting, collage, sculpture, installation, drawing, print and furniture. His unique vision, self-identification as an outsider and ability to sample the two worlds of his different heritages, has produced an artistic language that constantly questions our surrounding realities.

The curator of the exhibition, David Neuman, explains his thoughts behind the presentation of Magasin III’s unique commission:

“For many years I have nurtured the idea of asking a contemporary artist to create a single painting with the same dimensions as the iconic work by Pablo Picasso, ‘Guernica.’ A canvas that is 3.49 meters in height and has the astonishing width of 7.77 meters. Picasso’s ‘Guernica’ is very likely one of the most important paintings of the 20th Century, executed with an artistic and furious rage depicting historical events of 1937’s Europe.”
Neuman continues, “Magasin III has a long relationship with the artist Tal R. Subsequently, it was not a difficult decision to ask him to attempt this adventure, and to my utter delight he didn’t hesitate to take on such a complicated task. The commission was not about making a commentary about ‘Guernica.’ Tal is too great of an artist to even contemplate such a challenge. No, this is about facilitating Tal’s expanded possibilities of a narrative. The artist has also been engulfed in deeply complicated issues of how to ‘paint’ something so massive, which I know he has enjoyed tremendously.”

“The political turmoil in the world has not decreased since the atrocities in the city of Guernica. I can’t imagine a better place than Magasin III Jaffa to view and reflect on the state of humanity in front of a most impressive painting by Tal R. It is with a high level of achievement that ‘Natten’ has its premiere in Israel.”

The museum is one of Europe’s leading institutions for contemporary art. Magasin III believes in the ability of art to challenge and inspire people and society. Since 1987, Magasin III has presented world-class exhibitions and continues to fortify its collection, which holds works by leading artists. Recent highlight exhibitions in Stockholm include Tom Friedman, Katarina Grosse, Tony Oursler, Mika Rottenberg, Ai Weiwei, Andrea Zittel and Gunnel Wåhlstrand.
In January 2018 Magasin III opened a permanent satellite space in Jaffa, with an inaugural exhibition by Haim Steinbach. It was followed by a solo exhibition by Sheila Hicks, and afterwards a solo exhibition by Cosima von Bonin. The space is located at 34 Olei Zion Street, in a residential neighborhood rich with history and cultural diversity that borders Jaffa’s famous flea market. Magasin III Jaffa’s diverse program features both local and international artists.

Tal R was born in 1967 in Tel Aviv, Israel. At the age of one, he moved with his family to Copenhagen, Denmark where he grew up and currently lives and works. He studied at the Royal Danish Academy of Fine Arts, in Copenhagen, Denmark. Between 2005-2014 Tal R held a Professorship at the Kunstakademie Düsseldorf, Germany. 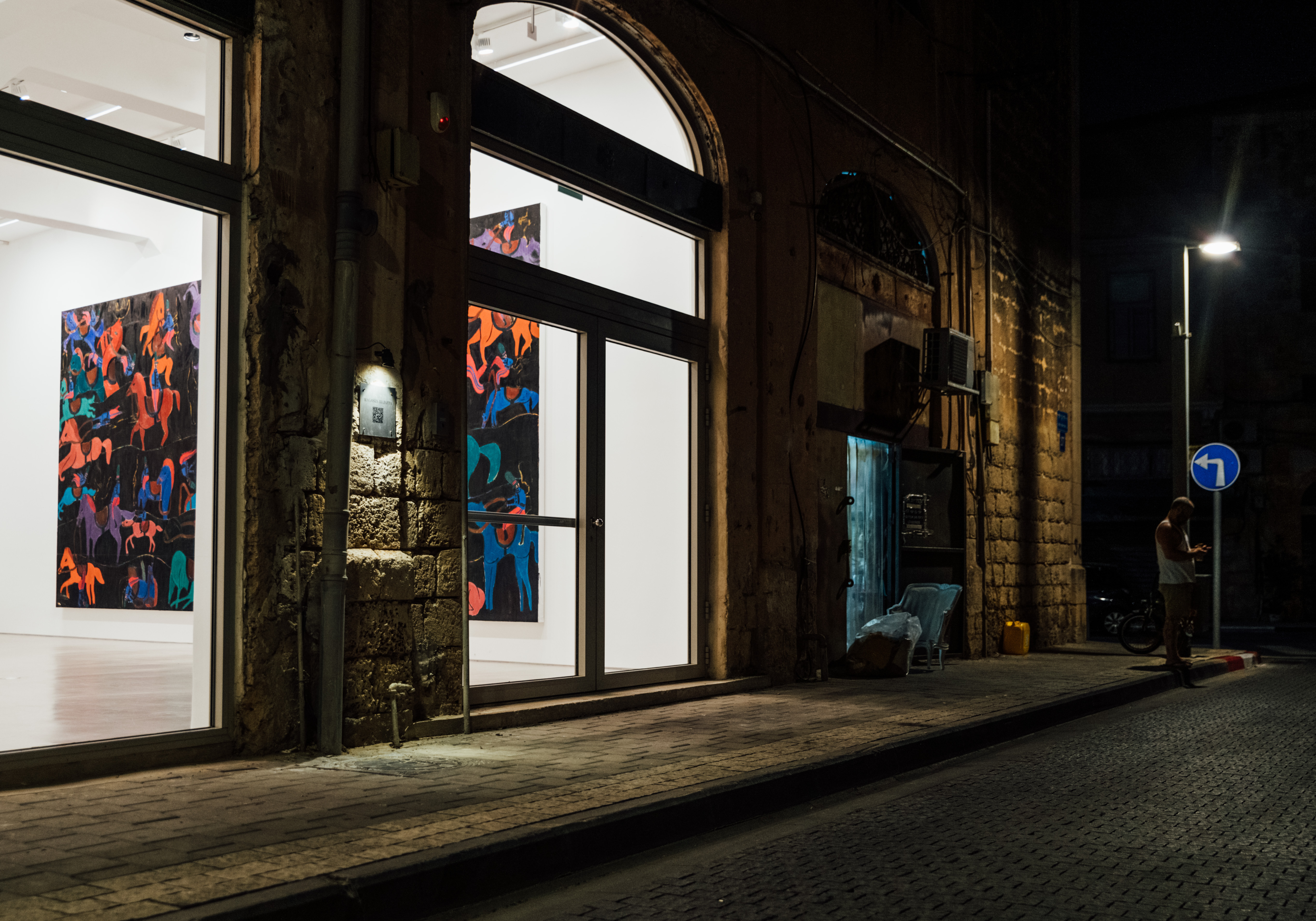 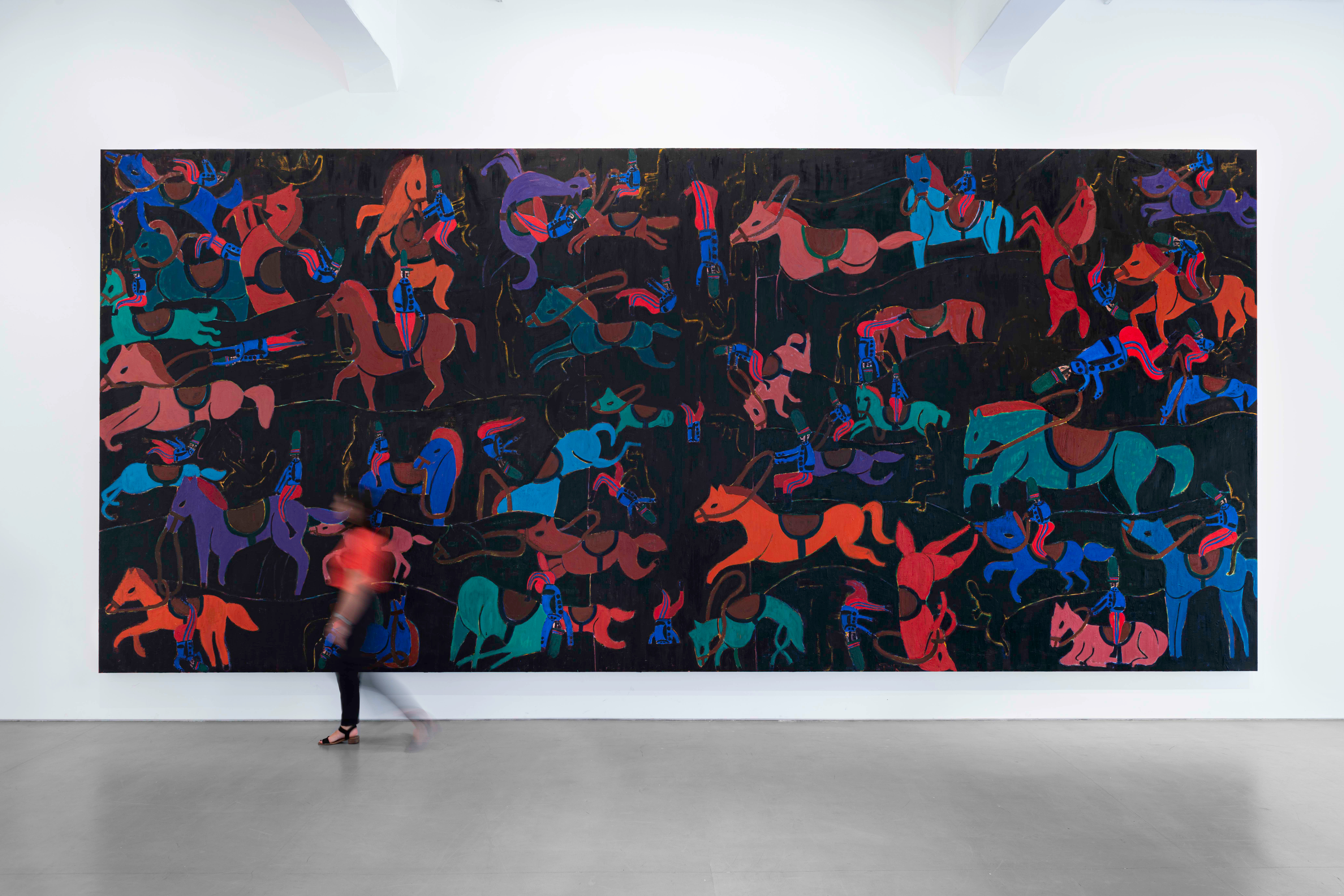 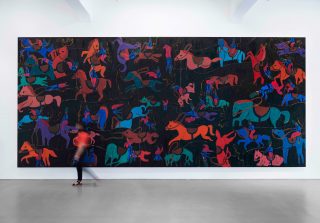