Fall season 2012: Chris Burden & Something Turned Into a Thing 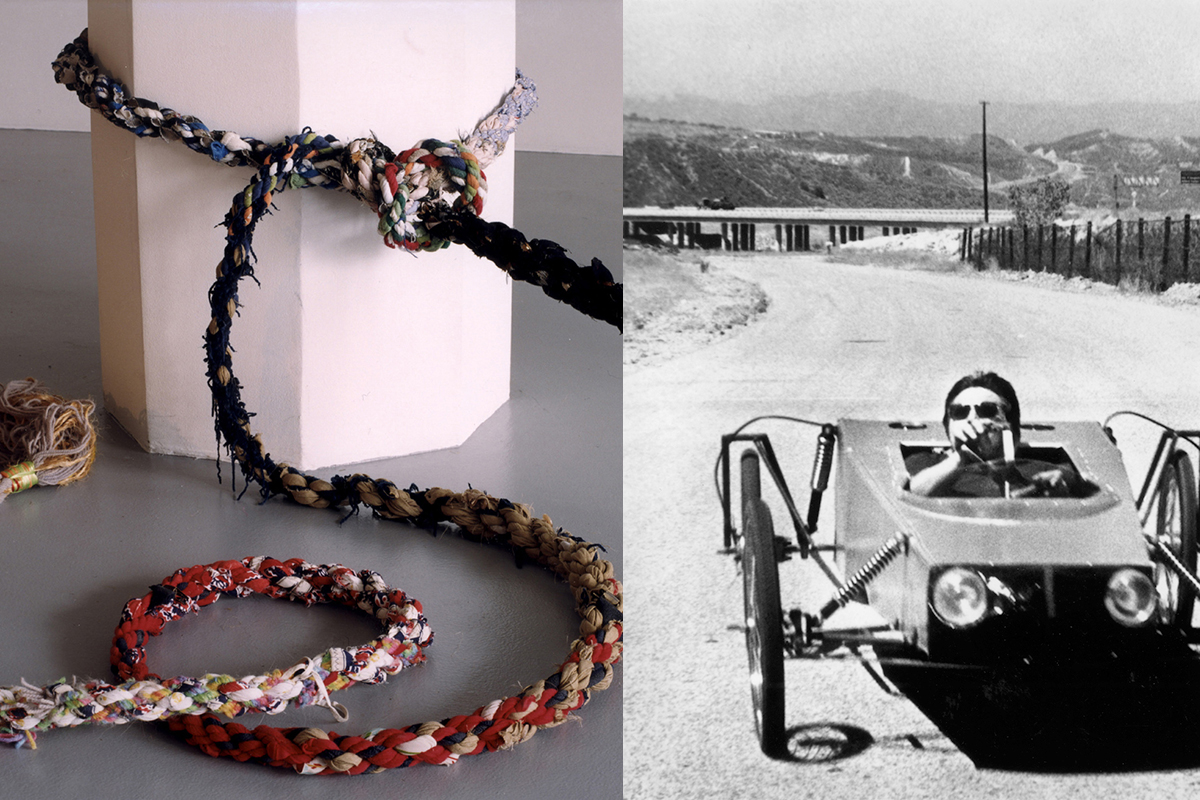 The long-awaited return of key works by Chris Burden, last seen together during his solo exhibition at Magasin 3 in 1999. Each work explores technological solutions for moving the human body through space. The remarkable B-Car, designed and hand-built by Burden himself in 1975, will be on display alongside two of his bridges constructed out of metal components from toy building kits. All works are part of Magasin 3’s permanent collection.

This autumn we will begin work on a publication about B-Car, compiling all the unique material—sketches, texts, photos, and articles—that documents the evolution of the work. This material will also be included as part of this season’s exhibition.

Chris Burden will visit Stockholm and Magasin 3 during the exhibition and give an artist talk on April 15, 2013 at Bio Rio.

Chris Burden (born Boston, USA, 1946) is a legendary artist, who first garnered attention with controversial, self-endangering performances in the early 1970s. These works were often executed over several days for private audiences, which added to their mythical status. In Trans-Fixed, Burden had himself crucified on the back of a Volkswagen Beetle, while for Shoot he asked a friend to shoot him in the arm. After several intense years as a performance artist, Burden started to devote his time to creating sculptures and installations, for which he often delves irreverently into technology. Chris Burden lives and works in Los Angeles.

SOMETHING TURNED INTO A THING

Since the fall of 2011, Magasin 3 has dedicated two galleries to annual exhibitions featuring works from the permanent collection. These presentations provide the opportunity for recollections and reflections upon artists that Magasin 3 has followed over the years.

Something Turned Into a Thing is an exhibition based on the basic properties of the chosen materials and how they are perceived by our senses and our minds.

Some participating artists take fragments of the urban environment or familiar everyday objects and discover new ways of seeing them, both visually and intellectually. Other artists rely solely on an idea as the principal expressive agent of the work. With an often playful, unrestrained and uncompromising approach to the materials, artists extract objects, phenomena or words from their customary areas of use and expose them to a broader range of interpretations. John Chamberlain’s intricate sculptures made of crushed car parts, Agnes Martin’s geometric grids in muted colours on canvas, Wim Delvoye’s sewage pipes on porcelain pedestals and Tom Friedman’s toothpaste painting all stand side-by-side in this exhibition. The title, “Something Turned Into a Thing,” is borrowed from a work by Lawrence Weiner, who has spent decades exploring language in his art so that he can more comprehensively dedicate himself to—and spark a debate about—objects and our relationship to them.

The works span Magasin 3’s entire history, from the opening exhibition in 1988 to later installations created specifically for our space and even some of the most recent additions to our collection.

On Saturday, September 22, 2 – 3 pm, Tessa Praun will present the exhibition in dialogue with museum director David Neuman. She will discuss the works and shares anecdotes about how they found their way into the Magasin 3 collection.