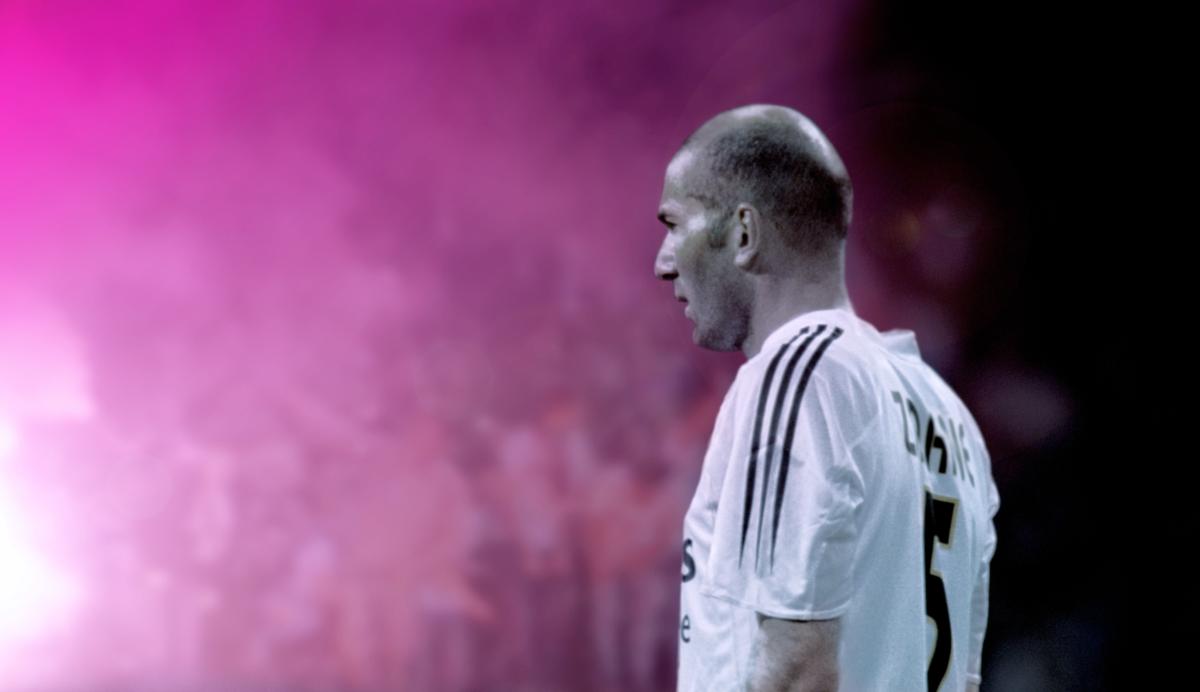 The work focuses on French football player Zinédine Zidane, one of the greatest athletes of our time. During a match between his team at the time, Real Madrid, and Villareal on April 23, 2005, Zidane was monitored by 17 cameras registering his every step, movement and facial expression; how he enthusiastically throws himself into the game, but also how he at times gazes distractedly around, tests the grass on the pitch with his boots, or repeatedly adjusts his socks. Quotes taken from the artists’ interviews with Zidane occasionally appear on the screen. In order to reconnect to the everyday reality outside the football stadium, images from world events of that day are shown during the half time break. Acting on behalf of the artists, the camera crew was guided by the renowned cinematographer Darius Khondji, famous for his work with Delicatessen (1991) and Se7en (1995). The soundtrack to the film was made specially by the Scottish rock band Mogwai.

The film is a magnificent portrait of one of the greatest athletes of our time, created by two internationally established artists who share a passionate interest in football.

Through this very different way of documenting a football player at work, Gordon and Parreno have created a unique real-time document. Despite the film’s suggestive atmosphere, a parallel can be drawn with nature films as a genre – we observe at a distance, we study strange events, and because of the skillfully recorded images and sounds from the stadium, we sometimes feel as though we are standing on the pitch with Zidane.

To coincide with the exhibition, Magasin 3 will arrange a special evening on the theme of football on Thursday, November 27 at 7pm. Margaretha Rossholm Lagerlöf, professor of art history at Stockholms University and Henrik Ystén, editor in chief for Offside Magazine will come together for a personal discussion based on their fascination with football.

Douglas Gordon is born in 1966 in Glasgow, Scotland and lives and works in Berlin. Gordon made his major breakthrough with the acclaimed work 24 Hour Psycho (1993) in which Alfred Hitchcock’s film Psycho (1960) is shown in a slow motion 24-hour long version. Gordon often uses existing material such as cult movies or documentaries and his work often focuses on the concept of memory but also on concepts in oppostion such as innocence and guilt, good and evil. To challenge video as a medium, he employs repetition and shifts in time. Douglas Gordon has won several prestigious awards, including the Turner Prize in the UK (1996), Premio 2000 at the Venice Biennale (1997) and the Hugo Boss Award in New York (1998). His most recent exhibition in Stockholm was in 1999, as part of Moderna Museet Projekt.

Philippe Parreno is born in 1964 in Oran, Algeria and lives and works in Paris. In his work, Parreno focuses on the relationship between reality, depiction and interpretation, while challenging the traditional exhibition as a presentation format. Based on material from public contexts, he adds his own ideas, often in the form of narratives. A characteristic trait of his art is his preference for collaborating with other artists, as in the work ”No Ghost Just A Shell” (2001). Together with Pierre Huygue he bought the rights for the Japanese manga figure AnnLee to save her from inevitable death in the rapidly growing manga animation industry. Philippe Parreno writes for several art magazines and contributes regularly to the Italian publication Domus.

Conversation: On football and art 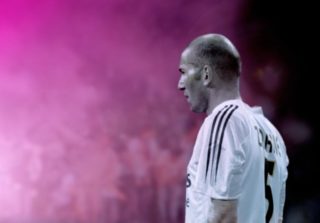