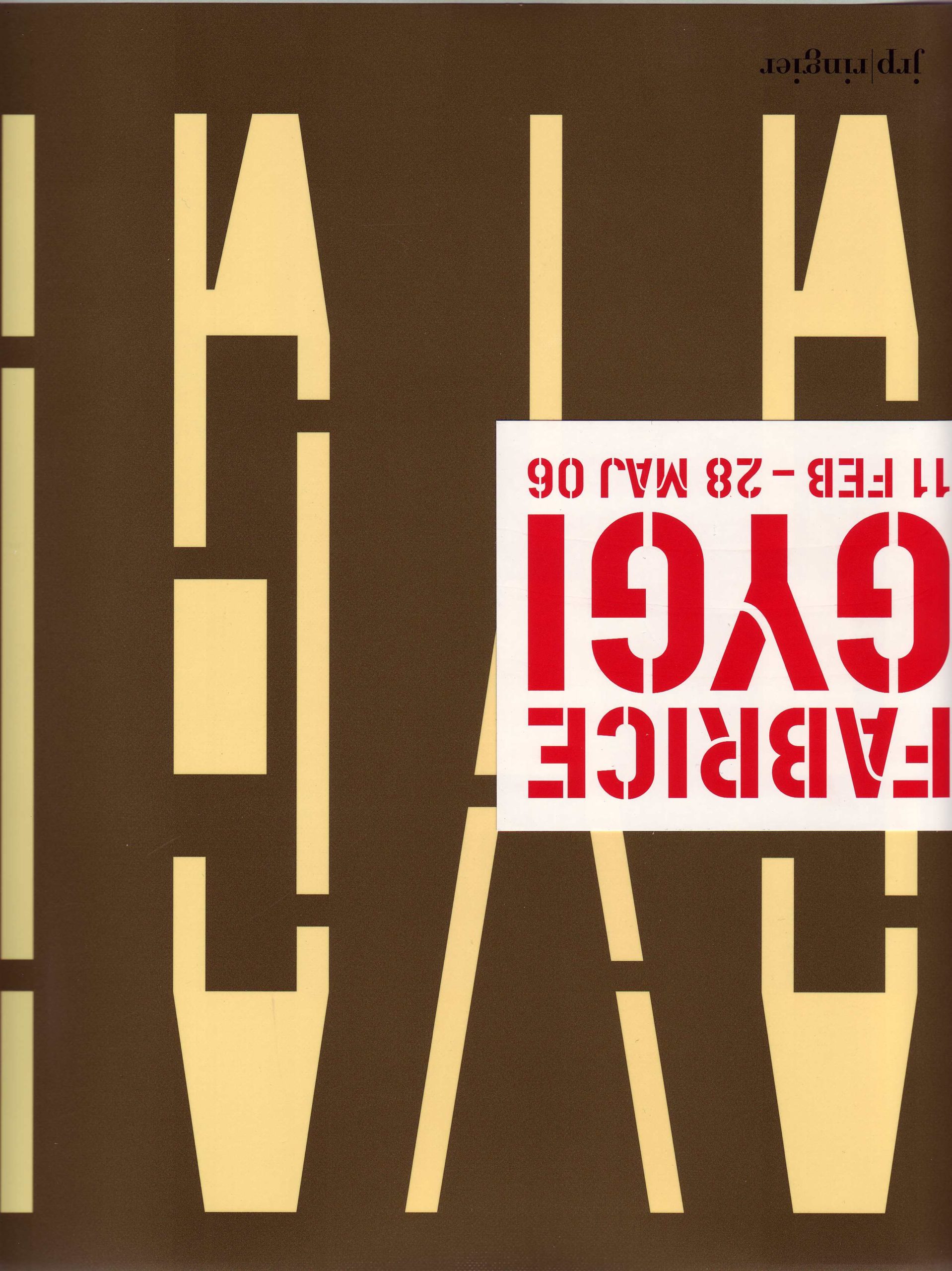 The Aesthetics of Control, essay by Irene Hofmann, Curator Orange County Museum of Art
The Request for Proper Local Authorization Will Prevail (for an asthetics of camouflage), essay by Jean-Charles Massera, Le Magasin, Grenoble
Project for a Nudist Colony: Some Literary, Philosophical, and Political Fragments, essay by John Miller, American Artist and Writer

OUT OF PRINT
Can be read in our reference library

The Aesthetics of Control by Irene Hofmann

For me art is like resisting. It helps me to survive in a society despite the fact that I completely disagree with it.
Fabrice Gygi (1999)

Fabrice Gygi’s works take the form of site-specific installations, large-scale sculptures, and functional public structures that reference the often-unnoticed architecture of authority in urban environments. In Gygi’s works, objects such as bleachers, crowd-control barriers, podiums, loudspeakers, and tents become stripped of their civic or military utility and charged with an ambiguous political character. Many of his works take on a dual quality, bearing as much resemblance to a temporary structure to house a party or town meeting as they do to a site for a military tribunal or refugee camp.

With recognizable forms and materials, these works are as familiar as they are alienating. Their apparent disconnection from service proposes new readings of their forms and an interrogation of the social, civic, and political power systems that they reference.

The formal legacy of 1960s Minimalism is strong in Gygi’s works, evident in their forms and scale, their industrial materials, and their relationship to the viewer’s body. In Gygi’s hands, however, Minimalism’s inherent aloofness and hermeticism give way to objects that are infused with potent social and political content. While the critique inherent in Gygi’s works can at times be subtle, his forms are anything but. (…) 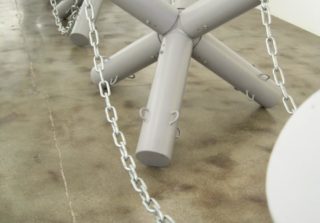