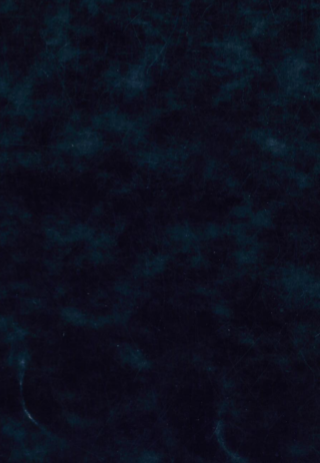 OUT OF PRINT
Can be read in our reference library

It does not happen very often that I am alone, really alone. The mere absence of other people is not enough to create the condition I am thinking of. The objects which surround me evoke a world completely determined by human relationships: discussions, conflicts, time spent together. Though alone in my home, I am still not alone.

It has happened, though: I wake up in the middle of the night in a pitch-dark hotel room in a strange town – alone. I am immersed in snow and mist in the Austrian Alps; no other skiers are near by. My field of vision is reduced to one single white dazzling totality – I am alone.

A vague sense of uncertainty as to one’s own existence accompanies these experiences: Where am I? – Who am I? Soon everything is back to normal; the world I share with everyone else asserts itself once more.

A third example: I am walking through Soho in New York on a cold February day. Plenty of people and cars in the streets. But the gallery is empty. I walk down a black corridor which bends several times so that no light reaches the room which opens up at the very back. Absolute blackness, silence. Total solitude.

A barely perceptible drone coming from another part of the building can be heard. Slowly light appears, faintly but increasingly clearly.

Is it outside me or does it come from within my own eyes? What is inside and what is outside? Does that which we refer to as “I” begin behind our eyelids?

It is an installation by James Turrell that inspires these ponderings: “A Frontal Passage”, shown at Barbara Gladstone Gallery in February 1994. I return to it many times. If other visitors whisper and crowd in there I refrain from entering and come back later. It has not happened very often that I have been so possessed by an artwork. It does not happen very often in today’s art world that a work has such an existential impact on me. Turrell’s “Frontal Passage” affects me in such a way – the first time and every time I return. 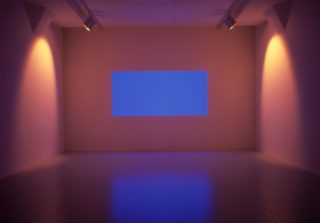