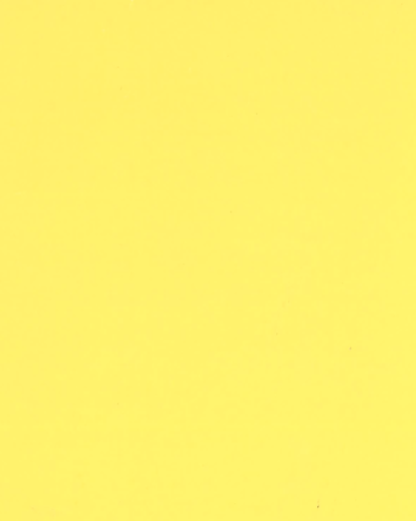 At the writing of this article the painting by Leonard Forslund currently on view at Magasin 3 was still being executed. Consequently, any attempt at a detailed description of it is a hazardous enterprise. However, I do not believe that the changes that remain will be so radical as to affect the general character of the work.

The painting is intended to be hung on one of the two longer walls, which it covers more or less from floor to ceiling. It is a gigantic painting conceived for a public context. Neither its format nor its content make it a suitable object for enjoyment in private.

Still, the painting cannot be perceived as a unity. It has been divided into a number of sections, not only for practical reasons. This division has been caused by the subject matter as well. The principle underlying the division of the canvas is a demographic structure describing the development of the world’s population from the first census (performed at the time of Christ’s birth) to the population explosion of the future. The first canvases, representing a relatively small population, are fairly narrow whereas those found nearer the painting’s middle and the present moment grow increasingly broader. The left-hand half of the painting is dominated by scientific predictions about a future population explosion, these have resulted in canvas sections of a lying format, contrasting with the upright format of the right-hand half.

There is no reason to believe that Leonard Forslund is actually interested in the demographic material in itself. On the other hand, I do not believe that it is possible to see his use of it as a “fictive aesthetics” which could be anything. Instead the material gives a hint as to the intentions of his painting: it is his way of suggesting that it is a painting which accords a central role to man though without being related to earlier modes of representing man and the ideologies associated with these. In Forslund’s case it is an abstract presence that claims our attention.

However, the painting is not only divided into different vertical and horizontal sections determined by this demographic principle. Also, it is devoid of a unity in a spatial sense. Here one finds a multi-layered complexity consisting of different levels of reality. In the viewer’s room there are a kind of artifact, which, in the form of ground steel, connect the different sections of the painting. If one were to characterize them in art terms, Walter De Maria’s sculptures might spring to mind. In regards to material, form, and precision it is possible to detect similarities; but contrary to De Maria’s sculptures, Forslund’s artifacts have a function to perform. (…) 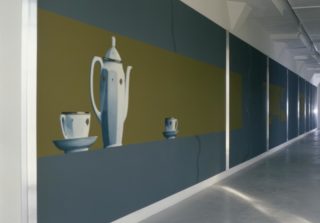