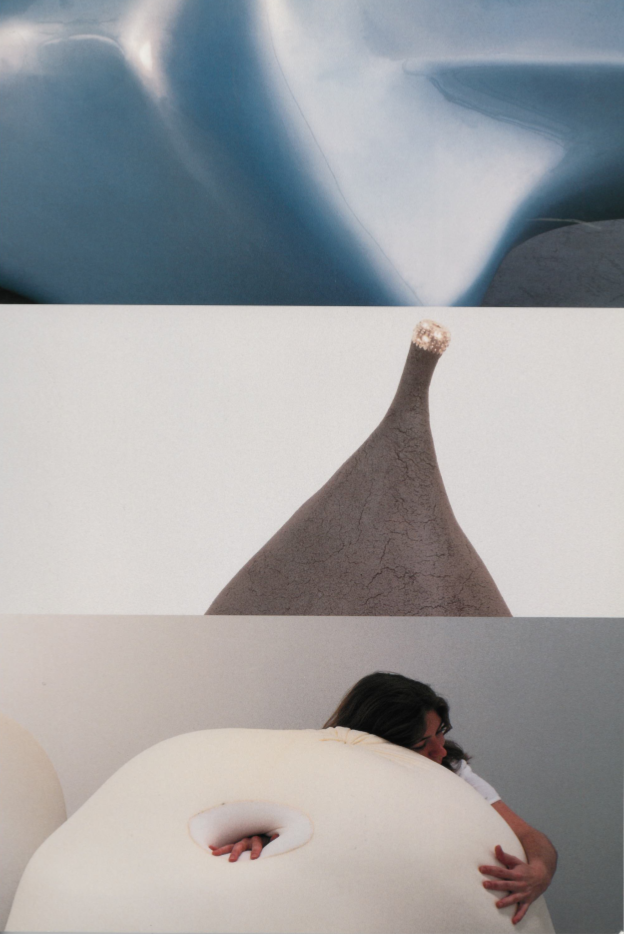 SIOBHÁN HAPASKA… ON BEING A SCULPTOR: I have to define myself as a sculptor because I make three-dimensional objects and I am actually quite proud of that. With so much predominance of the two-dimensional image it seems that we now have to extract information quite rapidly by scanning, processing and compartmentalising, making the process of looking as economical as possible. Things seem alluring when they are fast and exact, they seduce by promising to carry us along in their slipstream but I feel like I end up with visual indigestion. Sometimes, I have to remind myself that it is undignified to just exist from the head up, like a king or a queen who just gives commands from a fixed throne, with no need for a body, just an intellect with total control. (…)

CHARLES LONG… ON THE EXHIBITION AT MAGASIN 3: I think the notion of cleansing, even though it’s fed through the “end of millennium-paranoia” about viruses and bacteria, is what we have as a cultural residue. If you go really far back and look at, say, different African rituals there is so much about purity of the individual. When I was first working with Stereolab and I went over to visit them I went to the Museum of Mankind. They had a show of African vessels, made by women. The vessels had multiple necks coming out of the same thing. You could have a ritual with several people and they could all drink out of their own spout without contaminating the spirit of the others. At the same time there was a unity of a whole thing, the vessel. That became a good metaphor for me at the time. I was the vessel and Stereolab the elixir inside.

The public engaging in it B.U.A. (Burnt Umber Assembly): An Entanglement of Wholes), hooking up with headphones. They would all have separate experiences, but physically they were all connected to the same thing.

The title of one of the new pieces is the Unity Purity Occasional. It comes from just feeling rather then trying to come up with something explanatory. This idea of a hub where people come together, where there is a focus of energy and a cleansing is done jointly. (…)

ERNESTO NETO… ON ABSTRACTION AND THE FIGURATIVE: There is a duality between abstraction and the figurative in my work. Every human being has an idea about his or her body. I think about it as existing of cells. Your body, a dog or a plant have this in common. Like an amoeba. I am not interested in representing the body. I want to think about the body. So I like to work with abstract works that totally relate to the body. It has been mentioned that my works sometimes look like aliens that landed from outer space. I really like that!

Sometimes I feel like an astronaut. It’s funny, because I recently met this girl I knew as a small child. She said this is what I always said I would become, an astronaut. Everybody told me that this is not a profession. And now that I have become an artist she said she felt a bit the same, that it’s not a profession! So I feel like I am a kind of astronaut discovering the world. (…) 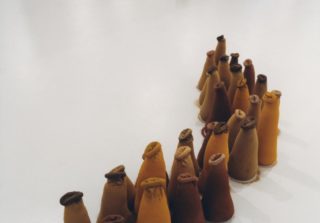